To conclude our series of ‘there’s other life out there, apart from the Giro, Jim’ we travel to Bavaria where former Canadian elite road champion, Garmin’s Christian Meier rode the Bayern Rundfahrt – the Tour of Bavaria.

PEZ: How was Bavaria in the spring, Christian?
The forecast was rough for the week but we were lucky, apart from a few sprinkles, the last day was the only day it rained.

PEZ: There was a rare Euskaltel sprint win on stage one.
That day was a bit unusual, we’d previewed the finish but we found out that the race bible didn’t show the whole circuit.

It was tricky and technical with short, steep hills and little cobbled climbs with only the last 300 metres flat.

Columbia did a good job of trying to set it up but Euskaltel exploited that, there were attacks going on every little climb and it was very hard to control. 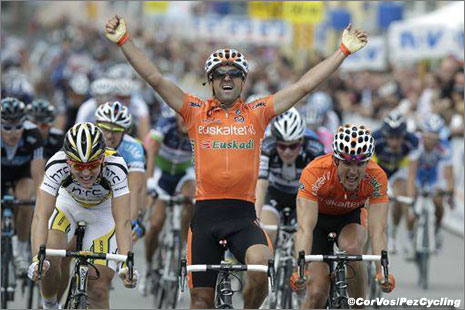 PEZ: Who was Garmin’s man for the race?
Most of us were coming back after Romandie or in my case, the Ardennes classics. It wasn’t a huge race for us, we thought that maybe Danny Pate would do a good time trial but really it was up to us all to grab opportunities.

PEZ: Skil’s Robert Wagner won stage two with Martijn Maaskant fourth; I didn’t think Martijn was a big bunch sprinter?
Martijn can be a good sprinter if he wants to be – he’s not explosive but has a lot of power and is good if it’s a long one. I think that Wagner was actually dropped, the day before but the finish seemed to suit him on stage two – not technical, big wide, smooth roads, Columbia lead out again but Wagner was too quick. 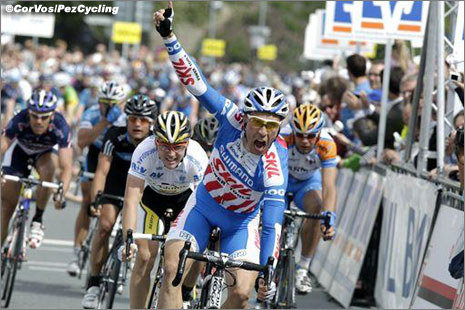 PEZ: Talking of sprints, you won the sprint jersey in the Tour of the Basque country.
That was great, usually my role in the team is that of domestique – to go for a target like that and to get it was cool. That’s one of the hardest races there is and to win a classification was great – and the blue jersey matched our kit; that was cool too! 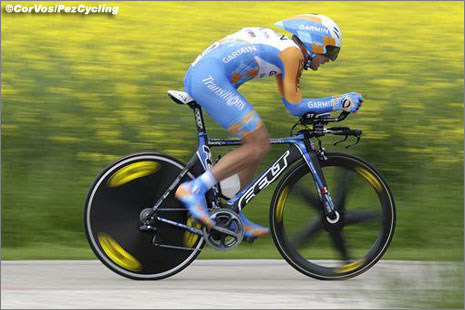 PEZ: Ciolek grabbed stage three.
We were actually hoping for harder stages where it split more but it kept coming together for the finishes. The profiles would look like it was the kind of day it would split but it would come together, although the bunch did split that day and Ciolek was the only pure sprinter there at the end.

I made the split and felt good on the climbs and could maybe have finished a little higher in the sprint but misjudged it – Ciolek was going very well, that day. 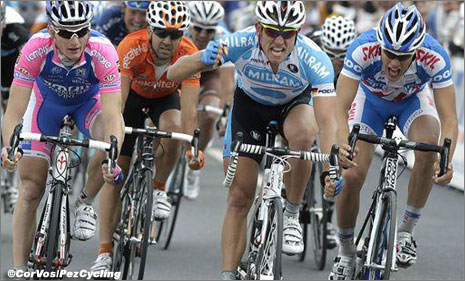 PEZ: Stage four was the time trial, Montfort staked his claim.
The deficit I came out of the TT with – 1:53 – was the deficit I had at the end on GC. I’ve been working on my time trialling again; as a junior and espoir I was good, but have lost it a little, probably due to focussing on other stuff – like climbing. I was generally happy with that ride, I didn’t have the greatest legs that day and Maxime was amazingly strong. 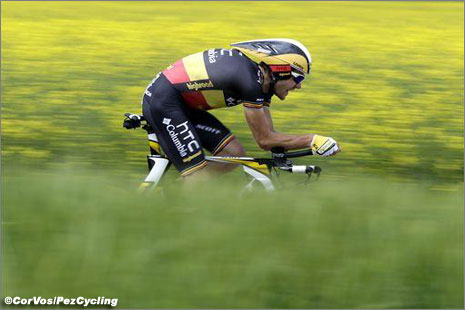 PEZ: A little group sneaked off on the last stage.
That was an interesting day, it was a bit wet and windy and for the first 60 or 70 K it was tightly controlled – Vacansoleil and Galicia had riders within a point of each other for the King of the Mountains and they nailed it; plus there were a few bonus sprints along the way that made sure it was controlled.

There was a group of three away and we had Travis Meyer in it – that was perfect for us. It looked like it wasn’t going to stick but the peloton misjudged it and they stayed away – the Lampre guy, Sapin let Travis do most of the work and then pipped him at the end. Travis was very strong throughout the race – he rode a good TT, too. 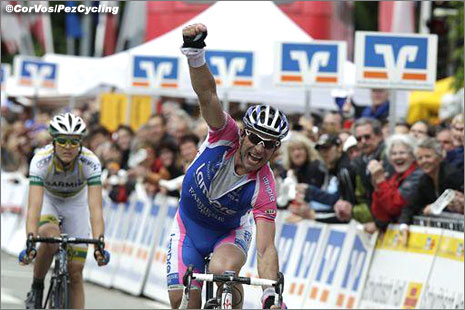 PEZ: Was the event visibly affected by the much discussed ‘adverse German reaction to drugs scandals?’
You know, it’s such a shame we’re losing these events in Germany – the roads are great, smooth, rolling, sweeping through beautiful countryside; the organisation is great; so are the hotels and the food and the crowds are big.

PEZ: And was management happy with how the race went?
Yeah, I think so, it was really a race for guys to get back to form for races like the Dauphine and Tour de Suisse but we showed well and were probably the strongest team there. 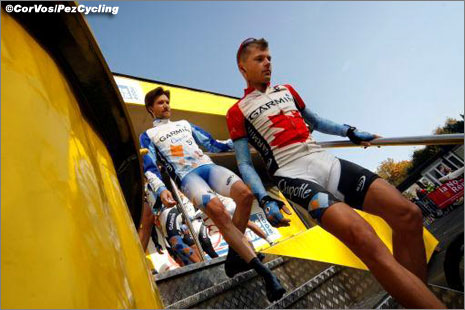 PEZ: Will there be a Grand Tour for you in 2010?
I’m scheduled for the Vuelta, eventually I hope to be that kind of rider – a strong support rider for a team leader in the Grand Tours.

The Giro sounded tough! But it was good to see Tyler winning two stages; I think he was trying to let Julian win that second stage (Bitonto) but the Liquigas guy was coming up quick and he couldn’t take a chance. Julian is such a selfless guy; he gives his all for Tyler in those races.

PEZ: Are you missing your Canadian road champ’s jersey?
I am! After the Dauphine I’m going home to prepare for the Nationals, I’m doing the time trial and road race – but Svein Tuft is riding the time trial so we’re all riding for second. The road race course is tougher this year, though – that plays better for us, last year it wasn’t really hard enough for us. 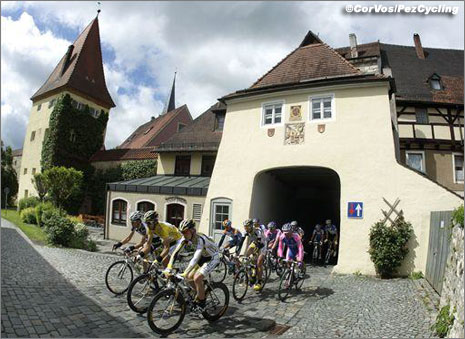 PEZ: Tassie guys drink Boag’s beer – what’s the Canadian fave?
I’m not really a beer drinker, but my family is originally from Bayern, where the race was, my mom actually grew up there – it was cool to meet some of my family members and to race there.

So I guess it has to be my dad’s favourite brew from the area – Lowenbrau from Munich. But back in Canada we have Molson, in fact, their slogan is; ‘I am Canadian.’

***
With thanks to Christian and best wishes to him for those maple leaf champs.