Rider Interview: Paul Double is taking the next step up in his career and for the 2019 season he will be with the Italian Colpack team based in Bergamo. Ed Hood caught up with Paul in freezing Poland as he looks forward to his new home and battle ground. 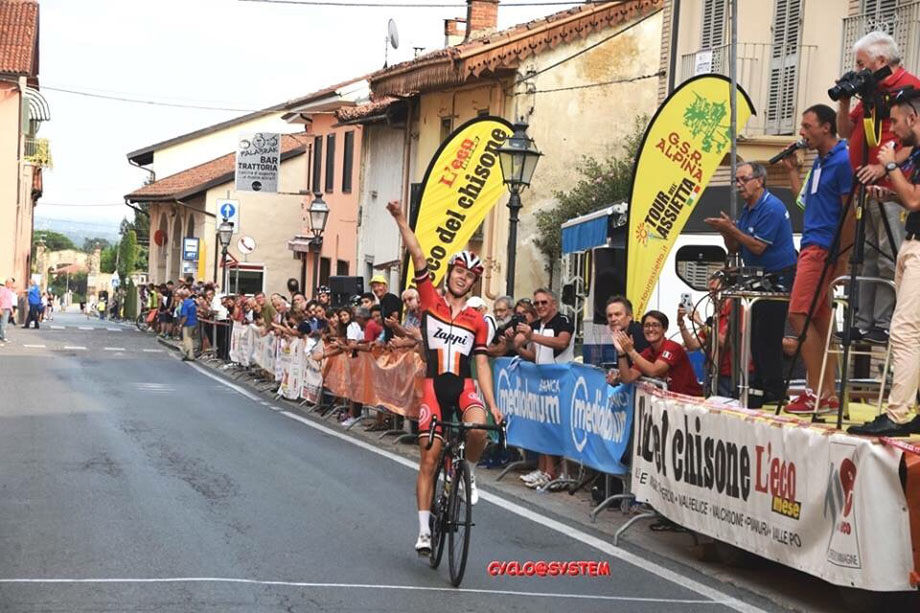 ‘Zalf and Colpack’ – beings from a ‘Transformers’ movie perhaps?

No, but they are monsters of sorts – the two dominant U23/Development teams in Italy. The Italian U23 scene is perhaps the most competitive there is, very few flat races and locals who want to emulate their idols Aru or Nibali, not to mention a healthy smattering of talented Aussies and hungry East Europeans.

Zalf has been on the go since 1982 and has brought through the likes of Gianni Faresin, Maurizio Fondriest, Sonny Colbrelli and most recently, Gianni Moscon. Colpack are a more recent arrival, on the scene in one form or another since 2009 with names like World Pursuit Champion and recent Sky recruit, Filippo Ganna and Quick-Step’s Davide Martinelli among those who have ‘come up through the ranks.’ The company has been around for 25 years and manufactures all manner of packaging; it’s heavily committed to recycling materials and ensuring they are environmentally friendly. Colpack is also the official development squad for the Bahrain-Merida World Tour team.
Given their status, not just any old rider can join their ranks. 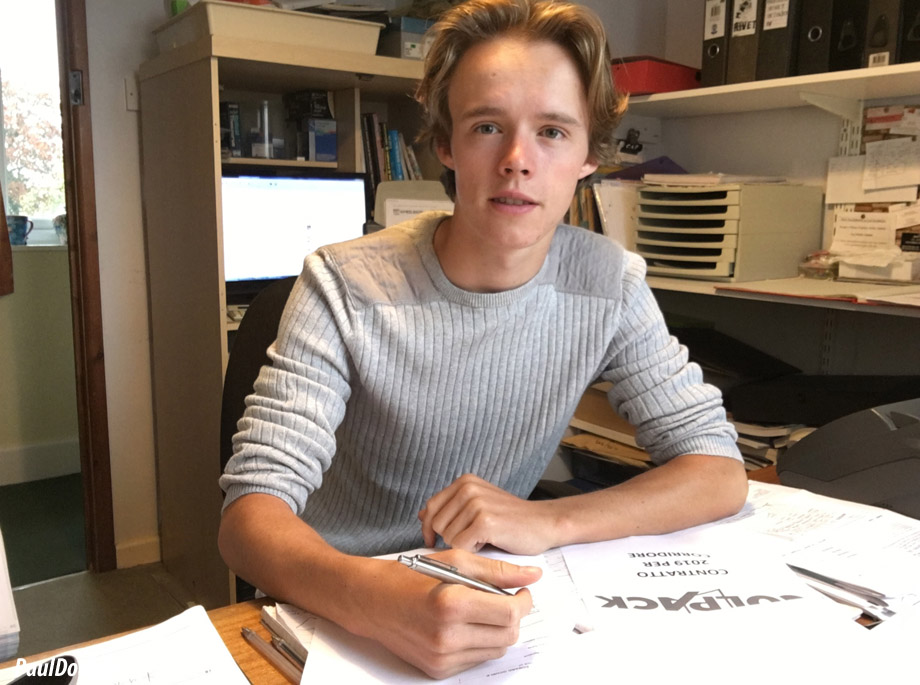 But Englishman, Paul Double, who we interviewed back in July as a ‘Zappi Man’ – that is riding for ex-pro Falvio Zappi’s Italian based amateur team – has been accepted by Colpack for season 2019 and has already been on the team’s first ‘meet and greet’ camp. We caught up with Paul whilst he was in Poland, visiting his girlfriend but not getting many hours in on the velo given sub-zero temperatures, snow and ice.

PEZ: Congratulations, Zappi’s was a good stepping stone for you then, Paul?
Paul Double: Yeah, it worked out in the end, being honest, towards the end of the season I was pretty low – but then I got that win at Pinerolo and was top 20 in the Piccolo Lombardia. Flavio had spoken to Colpack previously and did so again after those rides and they said I was in the line-up for 2019. 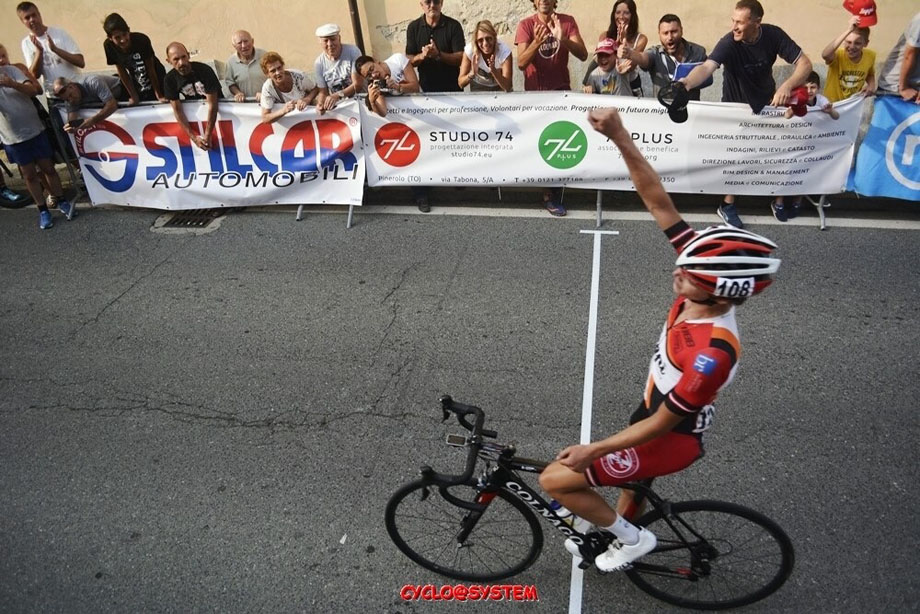 PEZ: How about other palmarès in Italy?
I was doing decent rides in Italy but you need to be winning or at least on the podium to get noticed. I was sure I was going to show well on the queen stage of the Baby Giro but got sick the night before and rode it on no meal the night before, no breakfast and just fluid and gels. I still don’t know how I got round but by getting round I put myself in hospital on a drip!

PEZ: Was there any one performance which you’d say got you the Colpack ride?
I think it was more my aggressive style of riding they liked – but Flavio worked hard for me to get me aboard. I’m also now on the books of the famous rider agents, the Carrera Brothers so I’m looking to do well in 2019. 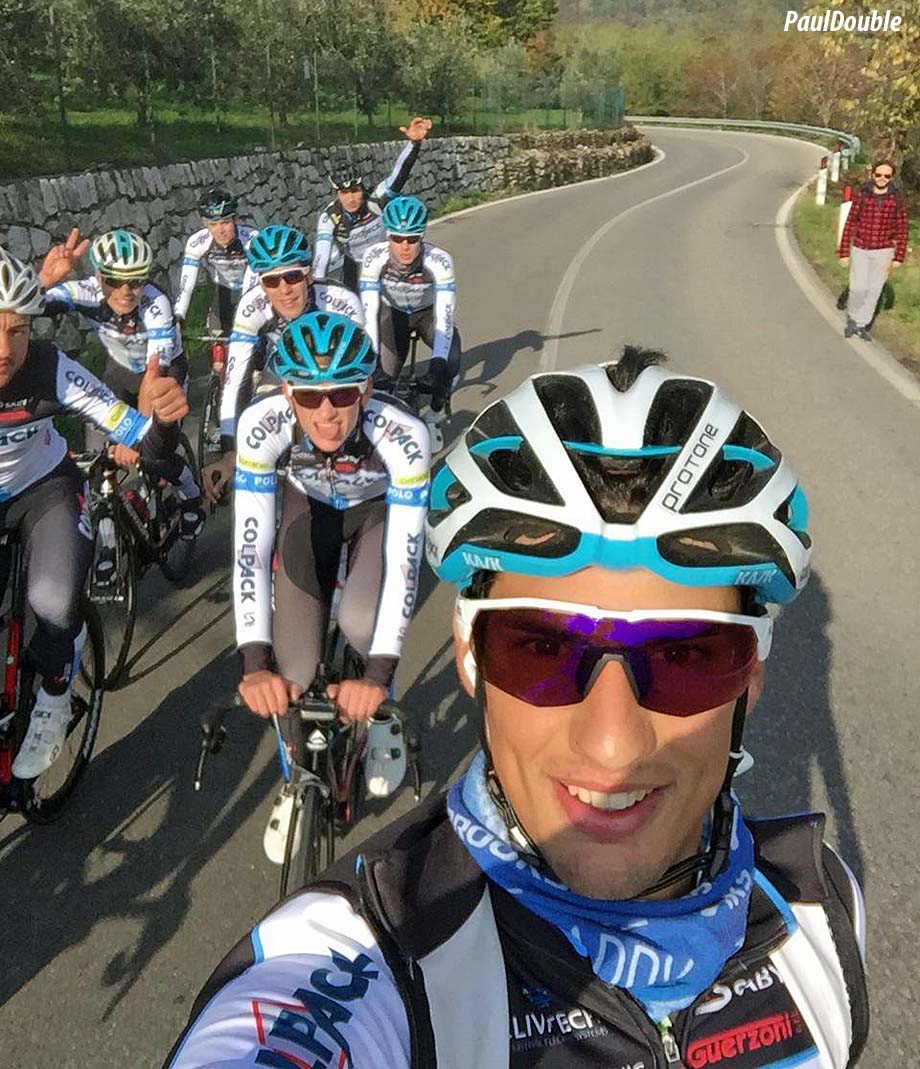 First ride with the Colpack guys

PEZ: How was the first training camp?
It wasn’t really a training camp, more a getting to know everyone and being measured-up for clothing and bikes. I can’t tell you what the bikes are because it’s not official yet but they’re a famous Italian name and pretty special. The set-up is very professional with a well-equipped service course and an immaculate fleet of team vehicles. 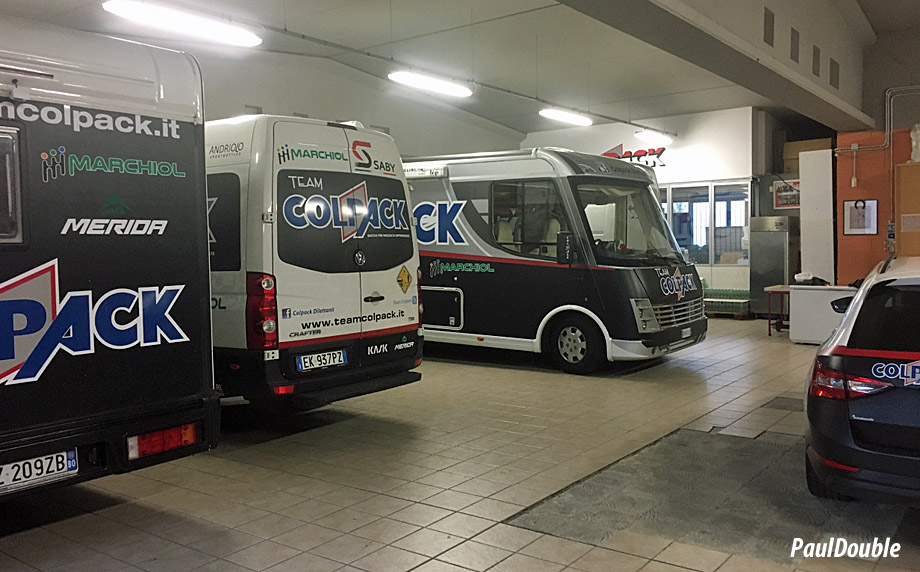 PEZ: And there’s a team house for you?
Yes, just outside Bergamo Old Town with a great choice of roads to train on, you’re on the Lombardy Plain but the mountains and lakes are close at hand to the north, so there are stunning roads for training on within easy riding distance. When were out we did a seven K climb but weren’t even up into the mountains. I’ve been in the area before with Flavio and it’s just a great place to be based. 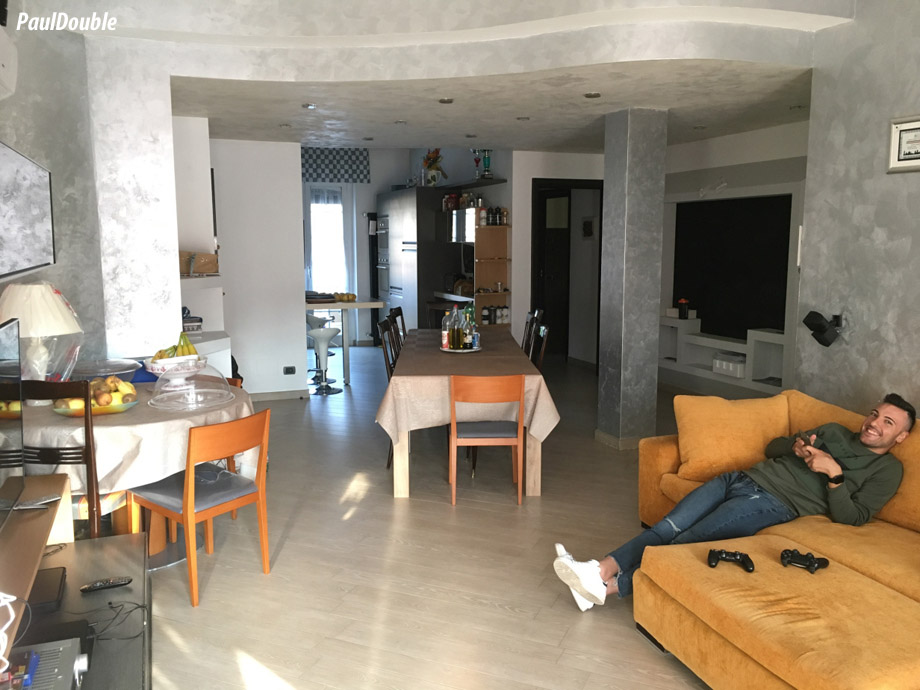 PEZ: Did you get any clues on your programme?
It’s a bit early for it to be firm but I may well be in the Tour of Valencia and possibly the Tour of the Alpes and races like the Memorial Pantani, so I’ll be competing at a high level. Unfortunately I’ll be turned 24 years-old for Aosta and the Baby Giro so won’t be able to ride those. 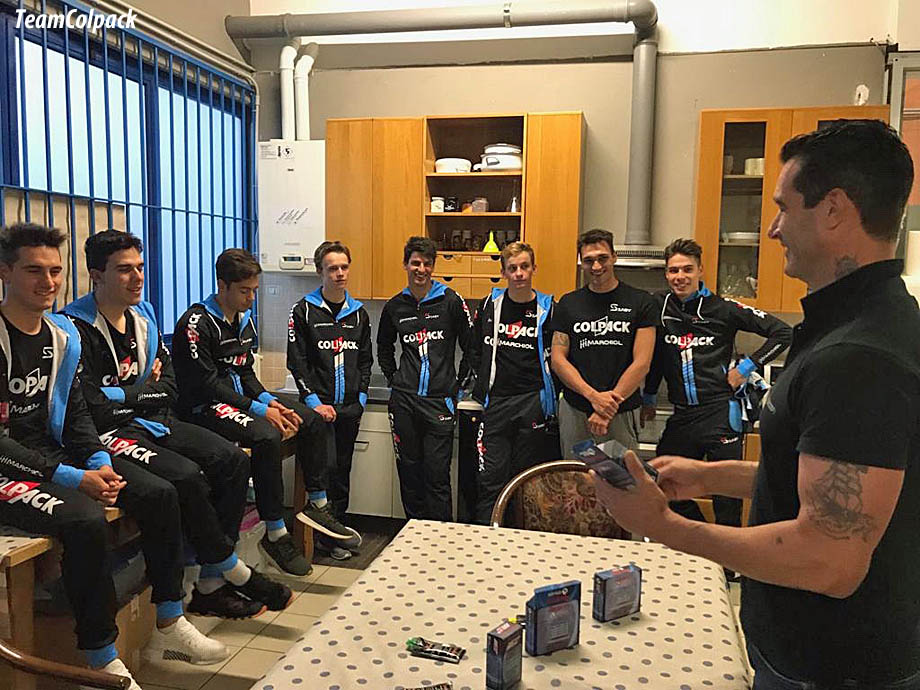 PEZ: Do Colpack take over your coaching?
Yes, they have a full roster with mechanics, a team doctor and coaching staff too. They’ve sent me a training plan but right now is still pretty low key, maintenance with a little gym work – pretty much the way I used to do things with Flavio. I took a few weeks off after Lombardia and I’ve been over here in Poland but the weather hasn’t been conducive to riding with a lot of snow and icy roads. The first ‘real’ camp is in Pescara – which is half way down Italy on the Adriatic coast – in early January, I fly out on the fifth. That’s where it all get more serious and they start looking at my numbers.

PEZ: Have they discussed your role in the team yet?
Not really but I’ve seen the way the team rides when I’ve raced against them with Zappis. In the stage races in mountains and on the sprinter stages they’ll have a designated leader for the day but in the one day races they seem to take it as it comes with the team riding for whoever gets with the moves. I’m under no illusions, it’s going to be racing at a higher level than I’m used to. In races like Valencia, the Alpes and Pantani we’ll be up against some of the best guys in the world. 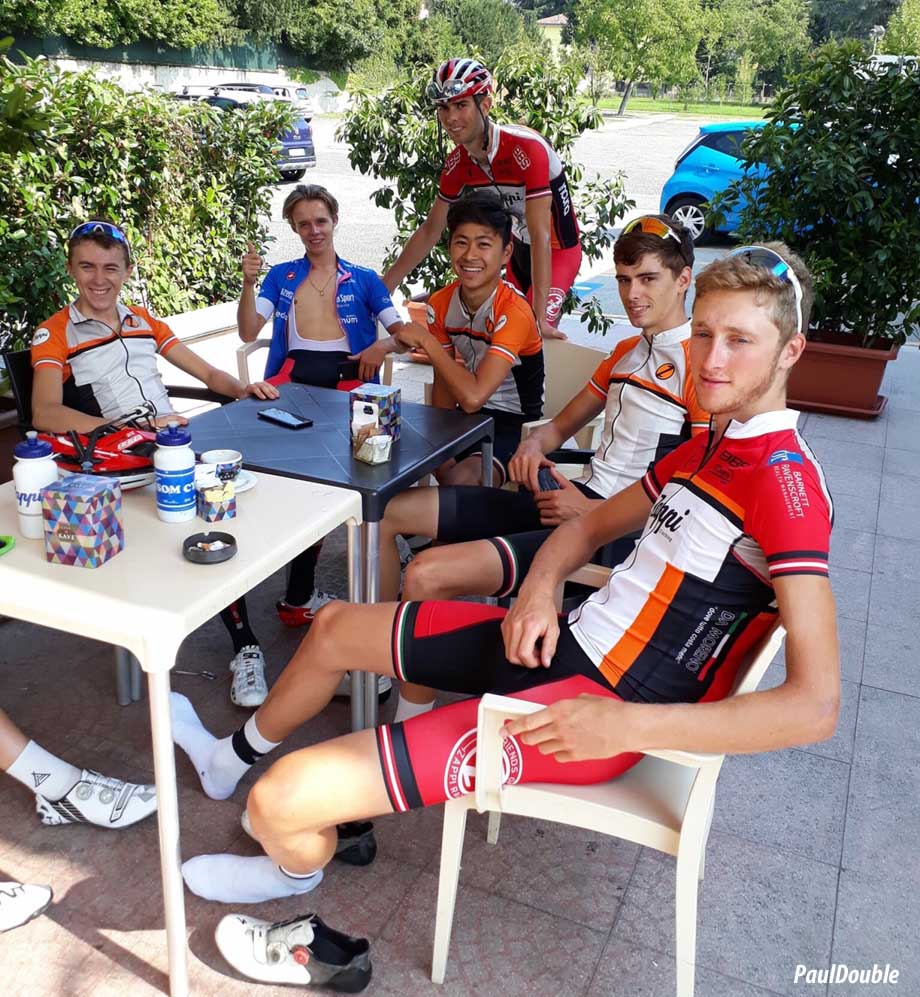 A last coffee with the Zappi boys

PEZ: And 2019 is about. . .
Staying in cycling, progressing, moving up to a higher level but even if I plateau a little because of the higher standard and move up in 2020, I can live with that. It’s inspiring to know that I’m with the team next year and really, I’m just going to take it as it comes.

# A young man ‘living the dream,’ PEZ wishes him well and will be keeping an eye on those results from Italy. #

Paul’s blog HERE. More information on the Zappi Race Team HERE. Team Colpack also have a website, but it seems to be down at the moment.