Last year he was a stage winner in the Fleche du Sud, GP Tell and Tour de l’Avenir. This year he stepped up a level; taking the GC in the Circuito Montanes and Tour du Haut Anjou as well as second on GC in the Tour de l’Avenir, plus a stage win in the Olympia Tour. And he’s still only 21! After two years at Rabobank Continental, we figured that Tejay Van Garderen would be with Holland’s when he entered the ProTour; but the young American from Tacoma, Washington chose HTC-Columbia.

PEZ: Thank you for taking time out from your training camp talk to us, Tejay – why HTC-Columbia and not Rabo?
Tejay: I was riding for the Rabobank Continental team, but I felt that HTC-Columbia was a pretty attractive team to ride for.

I like their stance on doping and I like the fact that they young guys seem to flourish with the team – guys like Tony Martin, Craig Lewis and Edvald Boasson Hagen.

At Rabobank I think everything tends to revolve around Denis Menchov, Robert Gesink and Oscar Freire but at HTC-Columbia, everyone seems to be successful. 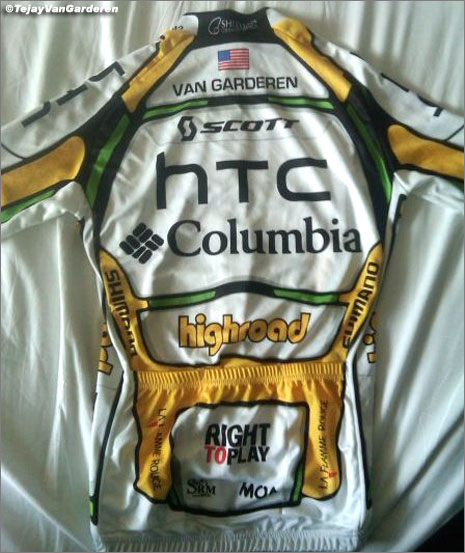 PEZ: Your dad was Dutch and moved to the States?
Tejay: He moved over when he was 20 as an exchange student, it was never intended to be a permanent thing, but he liked it, then he met my mom . . .

PEZ: Was he a big help, early in your career?
Tejay: For sure! He got me my first bike, drove me races, organised sponsorships – he was instrumental in my career.

Apart from that, I enjoy the road more; with ‘cross you’re stuck in one cold and messy field! 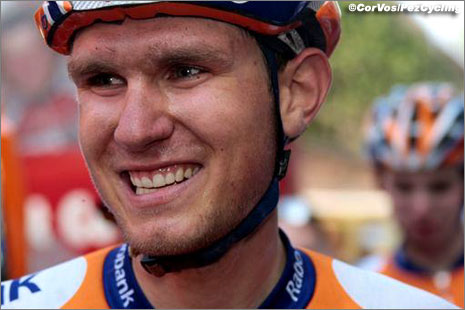 PEZ: The Olympia Tour in Holland and the Circuito Montanes in Spain – pretty diverse races.
Tejay: I like to mix it up! Part of my strength as a rider is that I’m not a one trick pony; I can ride in the wind on the flat but I can climb, too.

I’m certainly not a pure climber, but if there’s 20 K of cross wind before the climb – I’ll still be there.

The Olympia Tour is flat and windy, but that stage that I won was down in Limburg, where it’s hilly – it takes in a lot of the Amstel climbs; all the strong cross wind guys from the earlier stages were blown away.

I’d say that my strength is my diversity. 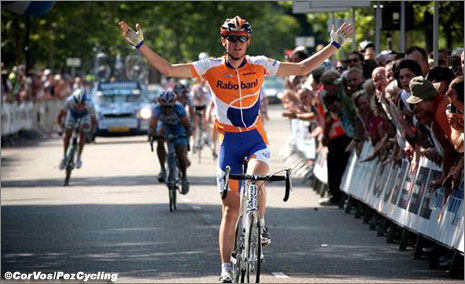 PEZ: Which win gives you most satisfaction?
Tejay: The Circuito Montanes, for sure. It was seven or eight days with a lot of climbing and I was getting stronger every day; that’s what I see myself as, a stage race rider.

Then, when I took the jersey, the defence was pretty stressful and I had to make sure my team stayed in control. The fact that I was second in 2008 was a big motivation, as well!

PEZ: How much of a winter break did you have?
Tejay: My last race was the Munsterland Giro on October 3rd, then I took a bit of a vacation; my girlfriend and I went to Italy and London.

I was back on the bike in November, but pretty relaxed; I got back into it seriously in December.

My head is fresh and so is my body – ready to go! 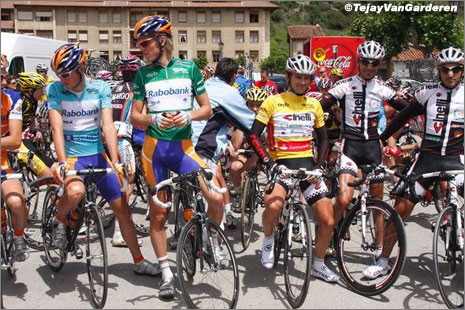 PEZ: Were you ‘good’ at Christmas?
Tejay: I try to keep it just to Xmas day and New Years day; it’s the ‘left overs’ you have to watch!

But it’s good to crack open a few bottles of wine with the family over the holidays.

PEZ: Do you have an agent?
Tejay: I work with Paul de Geyter; he’s super helpful, not just with contractual stuff but with life stuff too – tax, insurance and the like.

He’s just helped me established with my apartment, in Lucca, Italy. 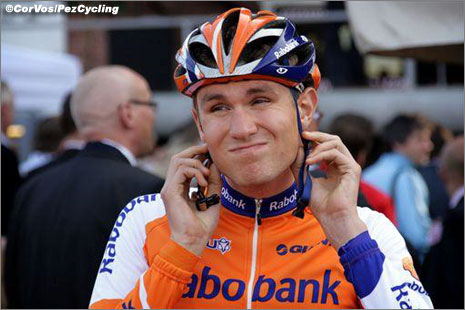 The hotel is super nice and the weather is improving.

We got our new bikes and clothing – all the goodies, just like Christmas all over again! 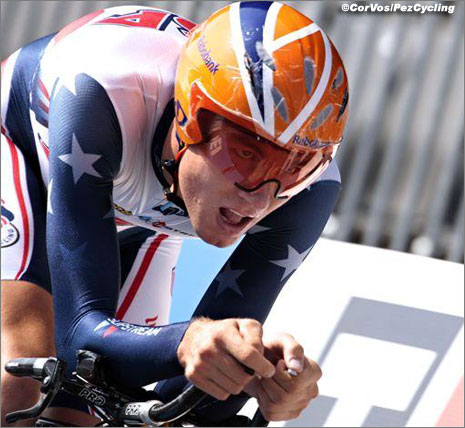 PEZ: Rabobank/HTC-Columbia, biggest differences?
Tejay: The guys are older, more mature; they seem to more about what they’re doing.

For example, at Rabobank we’d go out and guys would drill it for the first hour, then they’d be wasted.

Here, we did six hours yesterday, but the pace was set in terms of speed and watts, from the start – it’s just more professional.

PEZ: What are you looking forward to most about the Pro Tour?
Tejay: Doing the big races that everyone knows about; it’s like moving up from College Football to NFL – going to the big league!

With Rabobank Continental we did some UCI 2.1 races, but I’m looking forward to the atmosphere and crowds at the big races. 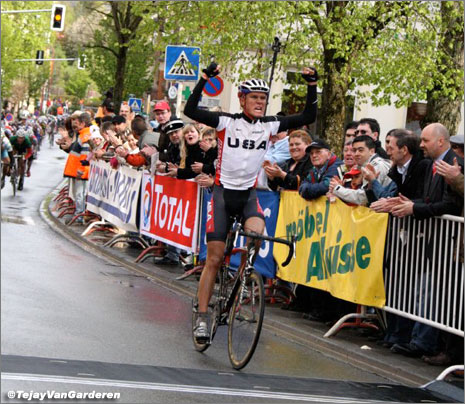 PEZ: Any worries about becoming just another one of Cav’s train?
Tejay: No, I’m not worried about that; whilst I’ll love helping the team, they have faith in me and want me to develop as a stage race riders.

Like I say, I’ll be thrilled to help, but I think the team sees the bigger picture for me.

PEZ: What does your programme look like?
Tejay: The Majorca Challenge, Tour of the Algarve, Het Nieuwsblad – I asked for that one specifically, to keep me in touch with the cobbles! – the Tour of Catalonia, Amstel Gold, Liege, the Tour of California – and that’s a big goal – and the Dauphine. 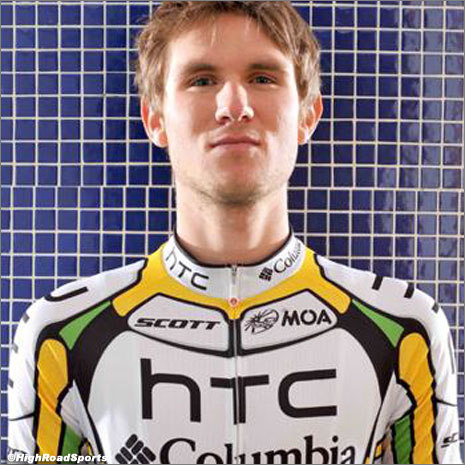 PEZ: And if you could win just one race in your career?
Tejay: I’m a stage race rider, so I guess it would have to be a Grand Tour – any of them would be nice!

***
With thanks to Tejay for his time and to Kristy Scrymgeour at HTC-Columbia for organising the interview.