Lars van der Haar is one of the strong ‘new guard’ of cyclo-cross riders, the days of Pauwels, Peeters and to a lesser degree, Sven Nys are behind us. But with so many young guys on the way up, cross has never looked so good. Ed Hood managed to have a few words with the new European cyclo-cross champion.

He first appears on the radar as silver medallist in The Netherlands debutante’s ‘cross champs in 2007 with bronze coming the following year in the junior champs. By 2009 he’d swapped silver for gold in the junior champs and the next year was European U23 champion. In 2011 he added the National and World U23 titles to his Euro crown, retaining the National and World titles in 2012. In 2013 he won the National Elite title and took bronze on the Worlds Elite podium. He retained the National title and took the World Cup to boot in 2014 with another Worlds bronze coming his way in 2015. He’s started this year in fine form with a podium in the Koppenberg ‘cross and winning the European Elite title.

The 24 year-old ‘cross superstar took time to speak to PEZ on the eve of the Koksijde World Cup:

PEZ: How did you get into cycling, Lars?
Lars van der Haar: I was a gymnast and before that I was into judo but I injured my Achilles tendon which meant I had to give up the gymnastics. My dad rode a bike so I started to ride as well – when it came to the winter time I could have had fun on the mountain bike but I started to race cyclo-cross because I liked to compete.

PEZ: Who were your cyclo-cross role models as a young rider?
I was too busy racing to have idols! 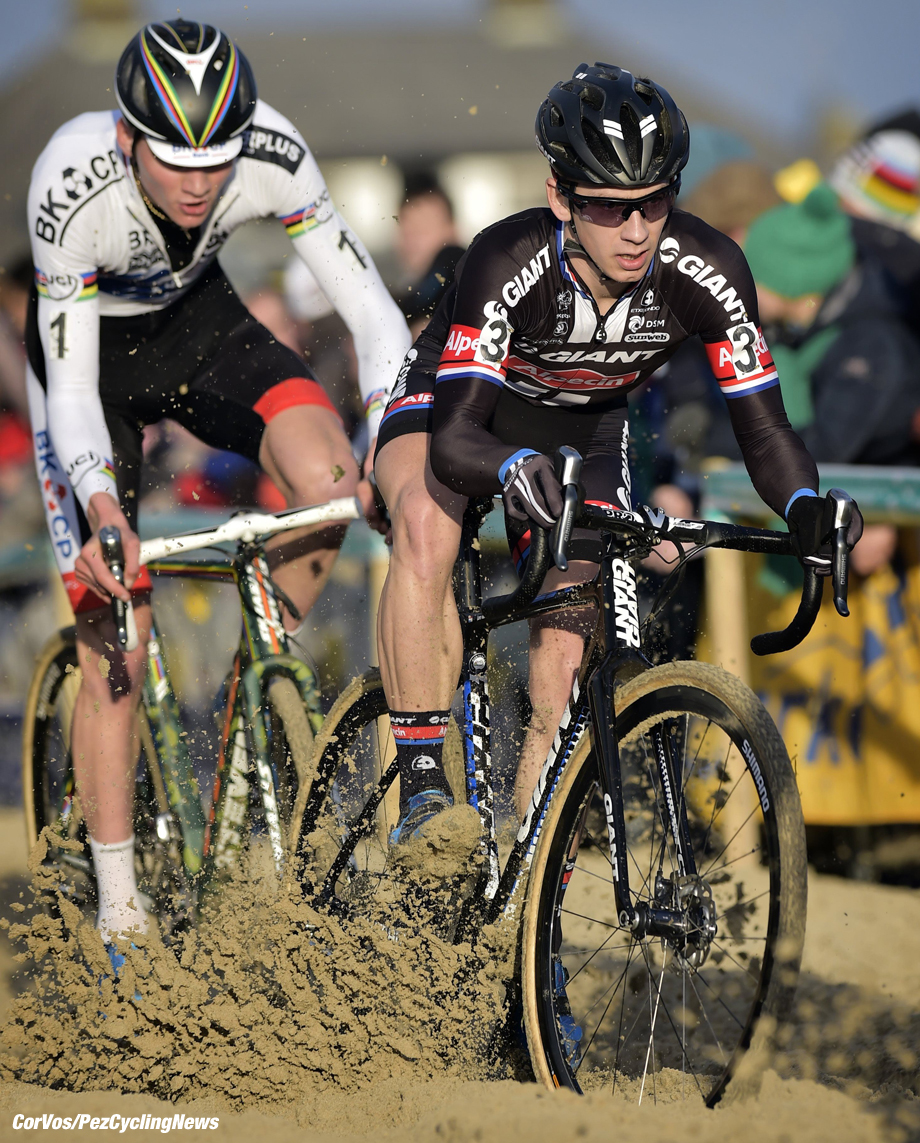 PEZ: Your 2015 road programme started early – the Scheldeprijs in April. . .
Yeah but that was just because the team was short of a rider. The Scheldeprijs is a really easy race to finish – you just sit in the peloton all day. I was only there for training – my road season doesn’t usually start until May; I began this year properly in the Tour of Yorkshire. 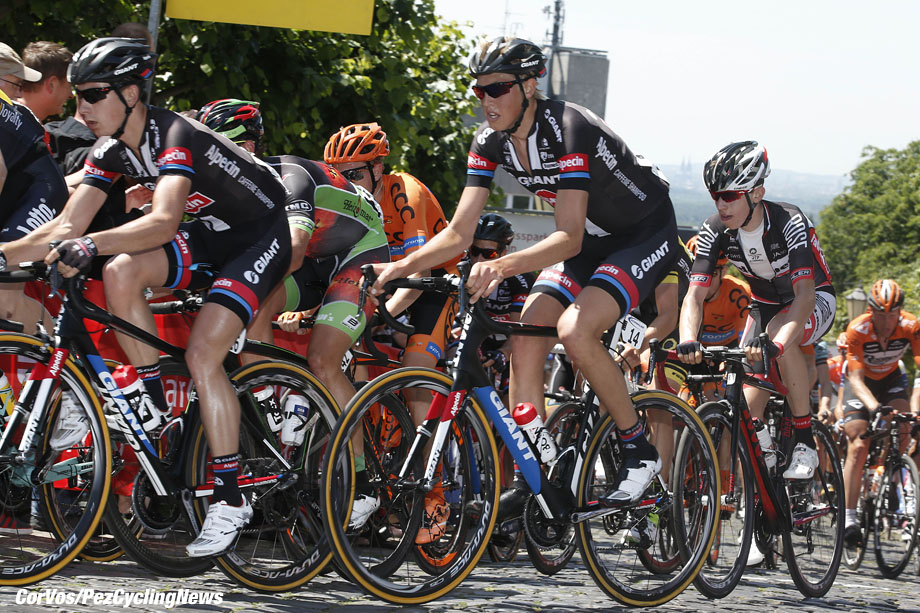 PEZ: Your road programme was pretty cosmopolitan – from Norway to Alberta, for instance.
I don’t always like the travel but those were nice races for me as part of my build up for the ‘cross season with plenty of hills. And the team is organised to make the travel as painless as possible with good soigneurs and systems; those races are an important part of my preparation to gain strength and speed – for sure road racing is essential to my build up.

PEZ: And you just missed a stage win in the Tour of Luxembourg?
Yeah, it was too bad that Greipel was still in the group !

PEZ: Is ‘cross as big in The Netherlands as it is in Belgium and how do the Belgian fans react to you?
It’s not as big as in Belgium, no. I have good home support but also from Belgian fans; I get no hassle from them – but maybe I haven’t won enough yet for them to get upset with me? As well as The Netherlands and Belgium I have fans from England – which is nice. 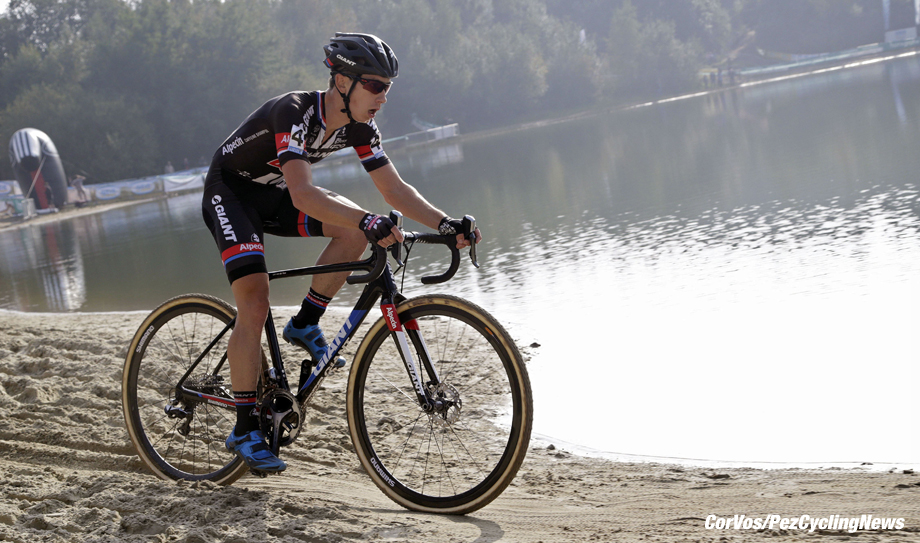 In the sand of Gieten

PEZ: When do you start specific ‘cross training?
August, I go into the forest and do intense efforts to prepare me for the crosses – after I’ve built my base power and strength on the road. I do some motor pacing too but that’s more during the actual ‘cross race season. I don’t train so much on power, cyclo-cross is very ‘peaky’ with lots of bursts of power more than steady effort.

PEZ: Which conditions do you like best to race in?
I like it dry and fast but I don’t mind so much if it’s slippery on top – and I’m getting better in the thick mud.

PEZ: Which courses are your favourites?
I really like Valkenburg and I love the parcours at Zonhaven in Limburg, that’s probably my favourite – but I also like the circuit at Huijbergen where I won the Europeans. 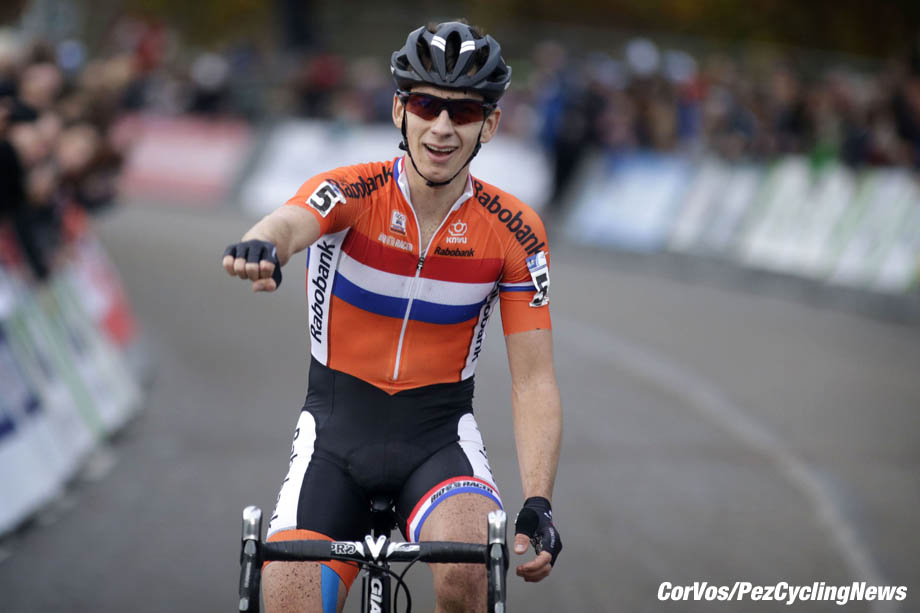 PEZ: What are you strengths as a ‘cross man?
I’m explosive out of the corners and I ride the hills really well – but I think I’m a pretty good ‘all rounder.’

PEZ: You’ve won a lot of ‘crosses – which wins give you most satisfaction?
Winning two U23 Worlds was really special but my win in the Europeans at Huijbergen was beautiful. It was a hard race and I had to come back to Wout Van Aert then take control to win; I think I killed him in the head when he saw me come back – but it was a tough race and one I was very proud to win. 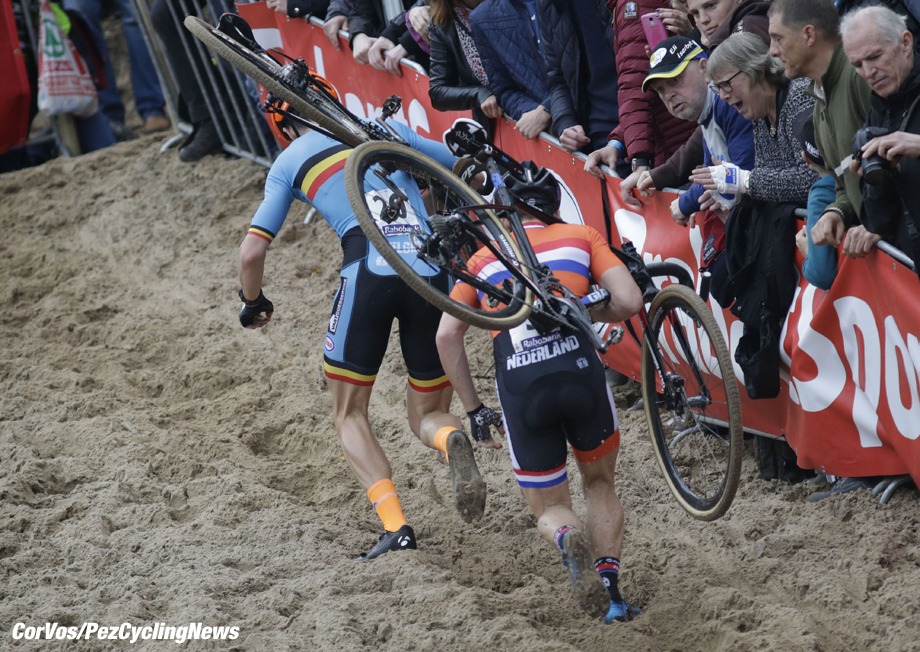 PEZ: Who’s your biggest rival?
Van Aert, he’s so strong – I think technically I’m better but that only takes you so far and if the other guy is stronger. . . And I have huge respect for Sven Nys; he still has so many tricks up his sleeve! I just wish that I’d raced against him when he was at his best – I mean, he’s still very good but it’s maybe his last season. . .

PEZ: You were one of the first to use disc brakes.
I think I was the first but more and more guys are going on to them. You can brake later and they take the gamble out of braking – they’re the same every lap, the power stays the same even in the wet. The other big advantage is that the mud doesn’t build up on them like it does with cantilevers – it means the bike doesn’t keep getting heavier if it’s a muddy parcours. 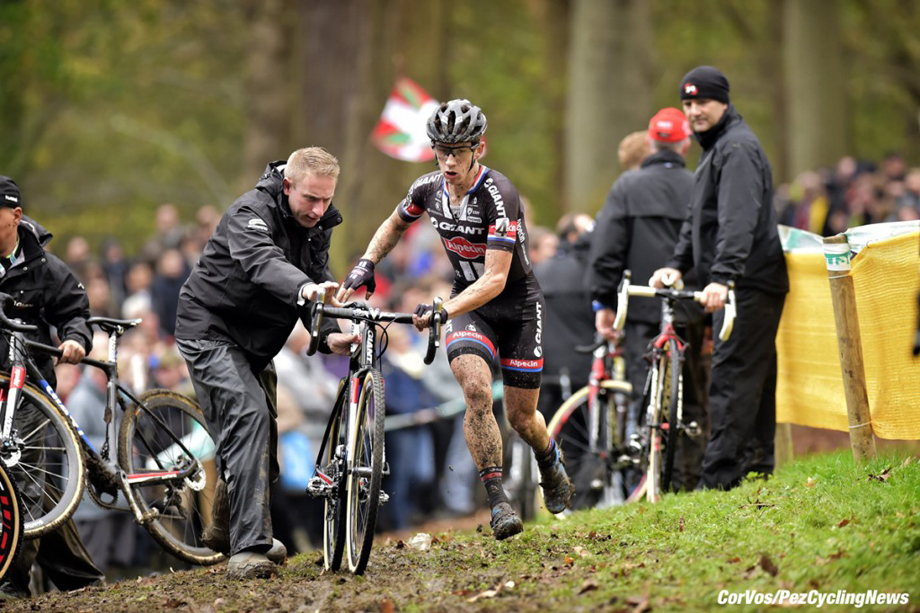 PEZ: How many wheelsets do you take to a race?
You’d have to ask my mechanic, I don’t know! We take four or five race bikes and a road bike for warming up on the turbo – each race bike has two wheelsets so maybe 12 pairs?

PEZ: The Worlds, Zolder, January – are you familiar with the parcours?
Yes, I love that course; I’ve won there twice before – it’s s course which suits me very well. . . 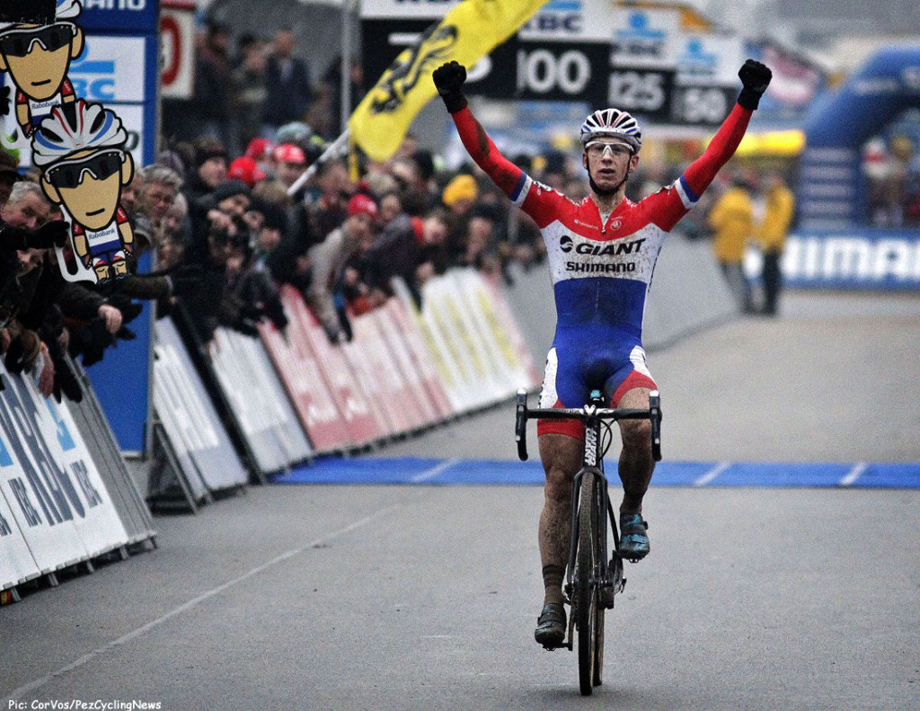