Interview: It’s always good to hear of a new team doing well, or in the case of the Cycling Academy, a team from a country with little cycle sport tradition, moving up the ladder. In 2017 the squad from Israel will be a UCI Pro Continental team, the second devision in the World of professional cycling. Ed Hood spoke Tsadok Yecheskeli, the team’s Media Director, to get the low-down on ‘The Cycling Academy’ – Pro Continental team.

Dimension Data have ‘made the cut’ into the World Tour but One Pro have dropped out of the Pro Continental league – the usual annual game of ‘snakes and ladders’ in the UCI team rankings. One interesting move which caught our eye however was that of the Israel Cycling Academy jumping on the ladder up from Division Three Continental to Division Two Pro Continental. 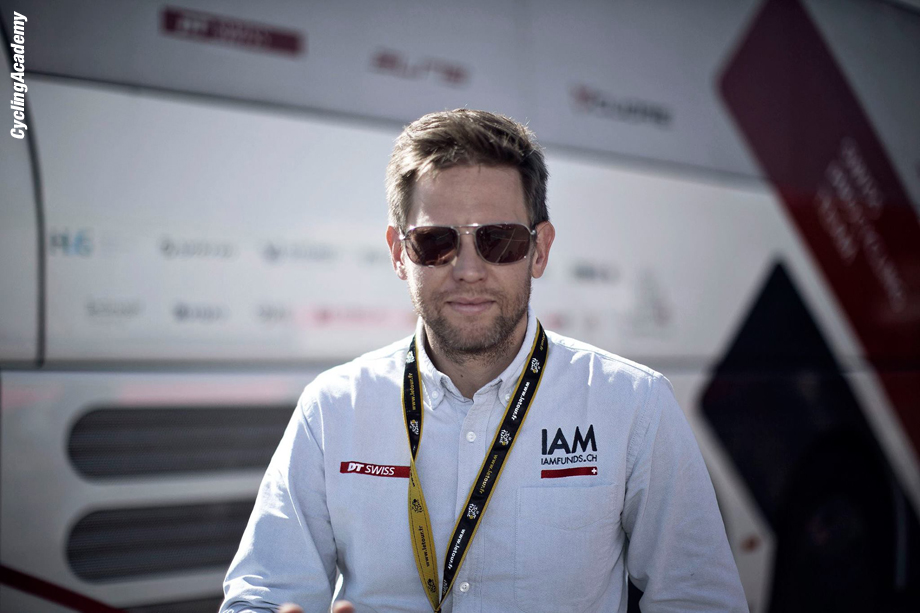 And with the recent recruitment of former Finnish Road race Champion, Paris-Nice stage winner and Tour de France rider Kjell Carlström as their head DS they’ve confirmed their seriousness of intent. Formerly a DS with Sky and IAM the Finn brings a wealth of experience to the team. ‘Interesting,’ we thought and contacted the team’s ‘Media Director’, Tsadok Yecheskeli to get the low down on what is a big jump in terms of staff, logistics and financial commitment for any team.

PEZ: What are the origins of the team, Tsadok?
Tsadok Yecheskeli: There was an Israeli rider who ever since he was a little boy dreamed of riding the Tour de France; his name is Ran Margaliot. He fought his way up through the sport and eventually signed a contract with Saxo Bank. But two years into his time there, Bjarne Riis took him aside and told him; ‘I’m sorry Man, but you’re not good enough to ride the Tour de France.’

Initially he was very depressed but after three or four months he set himself a new goal, to try to bring a new generation of Israeli riders into a situation to make possible what had been impossible for him.
Lots of people ride bikes in Israel but much if the country’s budget goes on soccer and – as you can understand – security. Also there’s the fact that it’s compulsory for young Israelis to go into the army at a time when they’d be training, racing and building for their future in the sport.

Ran met a business man and philanthropist called Ron Baron who put up the money to form a team to bring on Israeli talent in an organisation where there would be no barriers of race or religion. Ran now manages the team and we believe that at just 28 years-old he’s the youngest manager in professional cycling. We’re now on the verge of our third season and moving in to the Pro Continental ranks with the goal of competing in a Grand Tour by 2018. 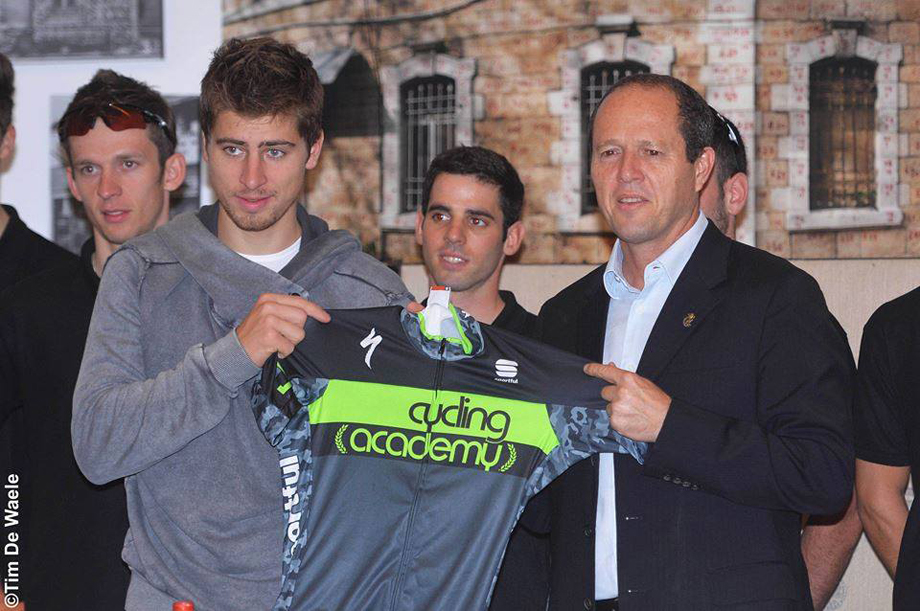 PEZ: Tell us about the Peter Sagan connection, please.
When Ran and Ron got together they decided that they wanted to find a way to build and develop the team quickly – there are hundreds of Continental teams and they wanted to find a way to make their squad stand out. Ran knew Peter from Saxo; Peter wanted to give something back to Slovak Cycling so with the help of Peter’s agent the academy team had Slovak as well as Israeli riders; riders who Peter recommended. The first year, Peter was very supportive and the connection was a huge boost to us and gained us very good exposure. For the second year of our team’s existence both parties decided to move in different ways but it was great experience for us. 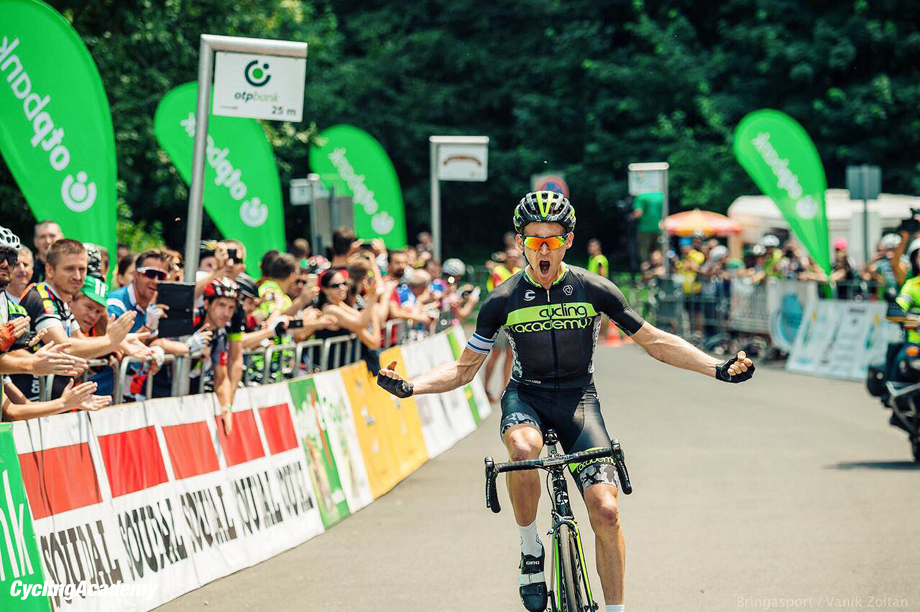 PEZ: Were there any disappointments in 2016?
Disappointment is down to expectation; we started from nothing with some really young guys in year and achieved 14 wins, with more in our second year. So no disappointments – I think it’s a miracle we’ve achieved what we have but we’re still aware that there’s a gap to close to race at the next level. Pro Continental will provide challenges but that’s why we have a rider like Dan Craven on board to act as team captain and set an example to the developing riders. 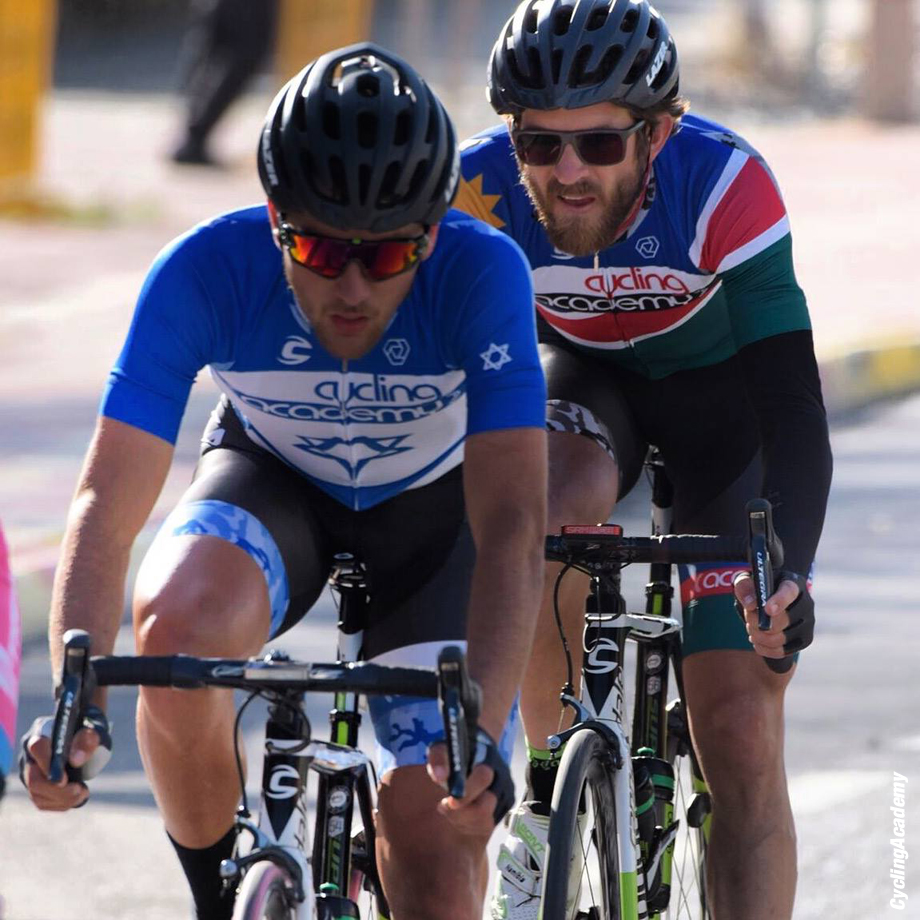 PEZ: Why go Pro Continental?
An interesting question! It was always the team’s intention to take part in a higher level of races but that takes money. The basis for this step up came about when the idea of the Giro starting in Israel was floated and generated attention. Coincidentally a Canadian, Jewish philanthropist, Sylvan Adams was interested in developing cycling in Israel, fell in love with the team and got involved with Ran and Ron.

He was keen to promote the sport in Israel and so it was decided to take the opportunity and move the team up to the next level. But we’re aware that Pro Continental is a bigger challenge and involves revamping the whole team but at the same time not neglecting the young guys. We still have names to announce but we’ll have 16 riders with seven or eight of them from either Pro Continental or World Tour teams – and three young Israelis. And we’ll have a development team for 2017 to bring young riders through. 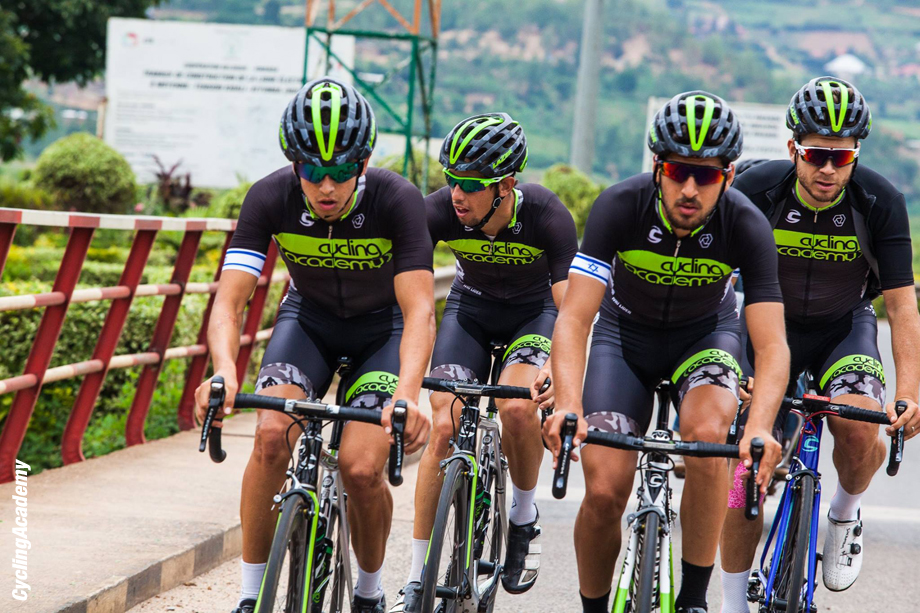 PEZ: Does the Israeli Media pay much attention to the sport of Cycling?
Football and basket ball are the big sports but the Tour de France obviously has good coverage. It’s tragic because so many people ride bikes in Israel but as for the competition side it’s very much a niche sport. Cycling is so big in Europe – and Europeans are beginning to see the benefits of the Israeli climate for holidays and training. With the team stepping up levels we hope to spark a revolution by getting into the biggest races and grabbing attention. 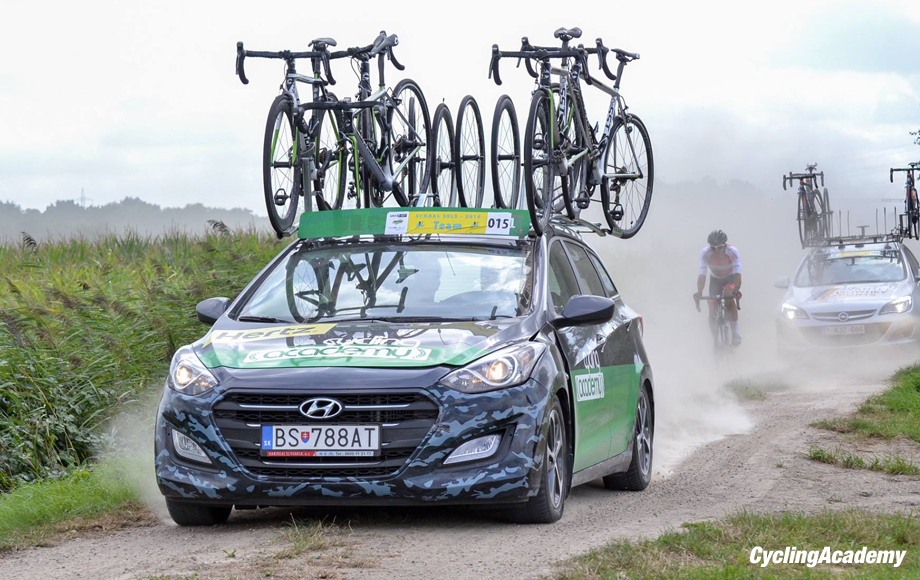 PEZ: The team strip is very much light on sponsor’s logos.
Year one there was almost nothing on the jersey; that was deliberate because we had support from philanthropists and weren’t dependent upon sponsors – we sought to project a ‘clean’ image. Now that we’re Pro Continental things are different and we’ll be actively seeking sponsors. 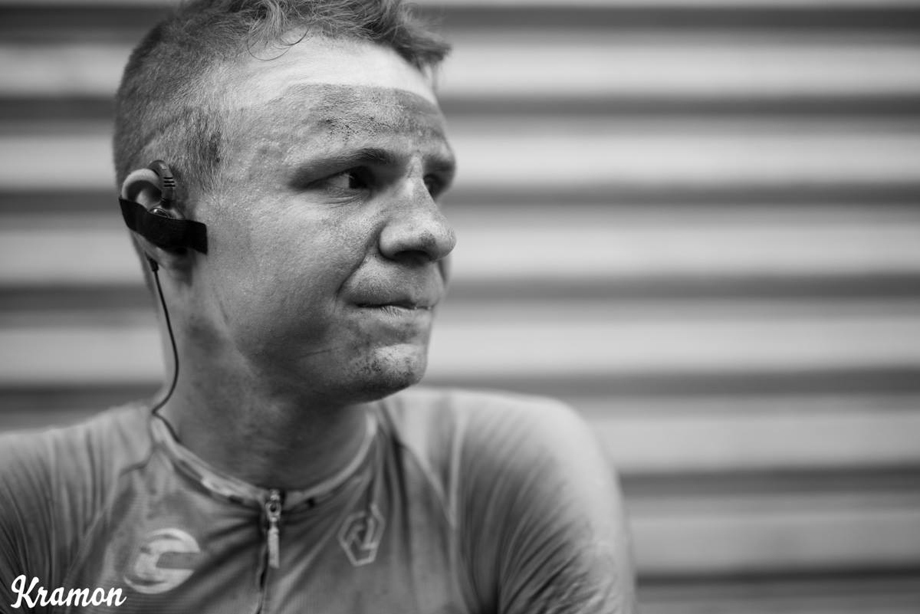 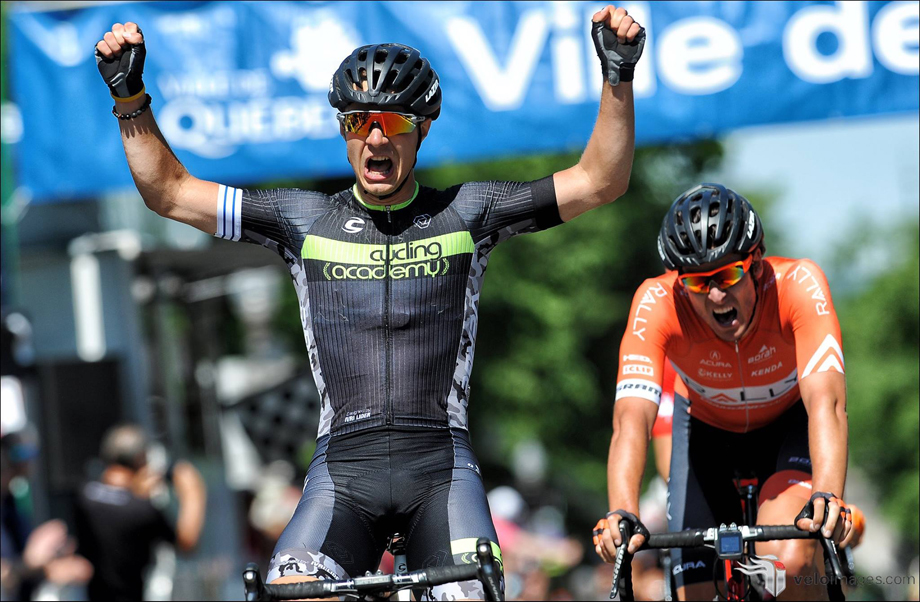 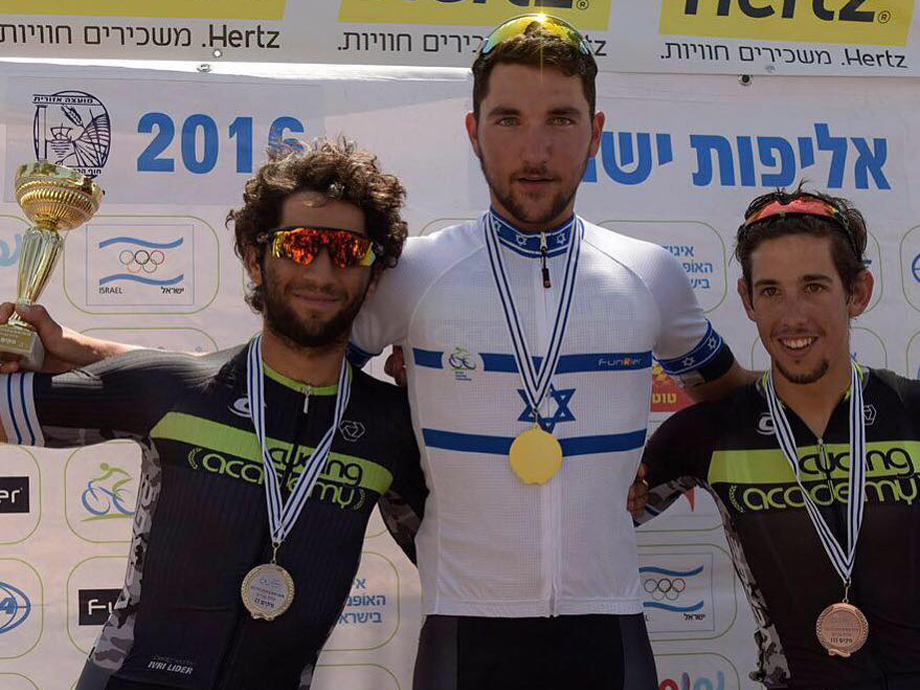 Two more new riders, a Spaniard and an Australian will be announced in the next two days with the two Israelis to give 16 in total. We’re out to prove we belong at Pro Continental level; not necessarily winning but leaving our mark; being in the breaks, attacking – gambling is in our DNA. Finishing isn’t the thing – it’s showing, trying to win. We know we can’t dominate but we have to try to steal races in the breakaways; that’s the philosophy – attack and try to go for the win! 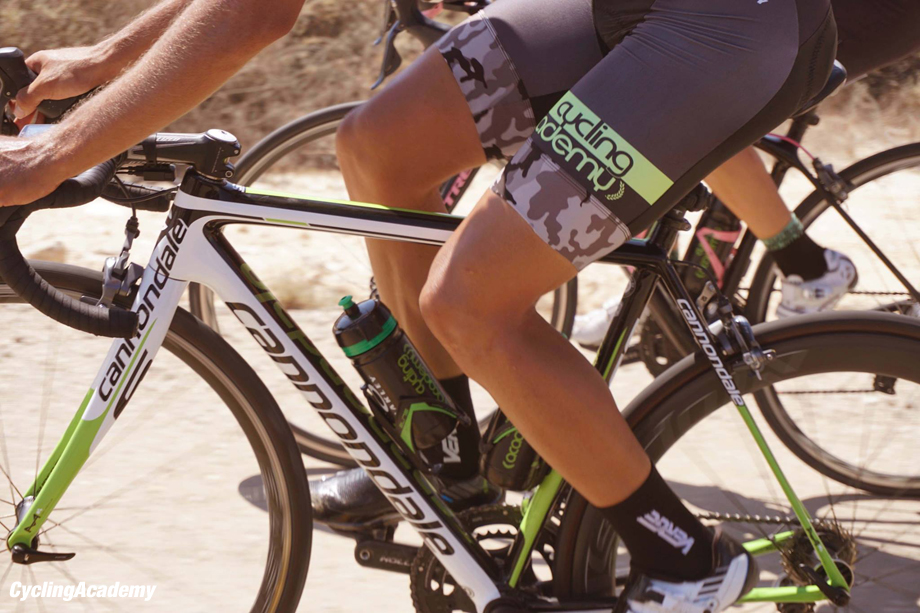