Last year at this time, life was ice cream and fairies for Dan Fleeman; he’d won the Tour of the Pyrenees; Cervelo Test Team had snapped him up and a start in a Grand Tour looked like a formality. But pro cycling is an unforgiving sport, and 2009 didn’t go according to the script for the likeable man from Lichfield. But don’t worry; there is a happy ending. One of the most famous names in the history of pro cycling – Raleigh – has taken Dan on board as captain of their new squad.

PEZ: A disappointing year, Dan?
Dan: Yeah, I broke my wrist in the Bayern Rundfahrt at the end of May; it totally compromised June and July for me. It was August before I raced again and it took six or eight weeks before I got anything like decent form.

PEZ: Were there high lights to 2009?
Dan: I was pleased with my start to the year; I rode reasonably well in the Tour of Langkawi then did decent rides in the GP Lugano and Grand Prix Indurain. After the Indurain, I wished I could have ridden the Tour of the Basque Country; but instead there was a gap in my programme. I rode well in the Fleche Wallonne, that was April 18th but I only did two races in that month. I had a big block of stage racing programmed to begin at the end of May, but I did my wrist in. I was pleased with how I finished the season; to get round Lombardy in respectable company was a good way to end the season. 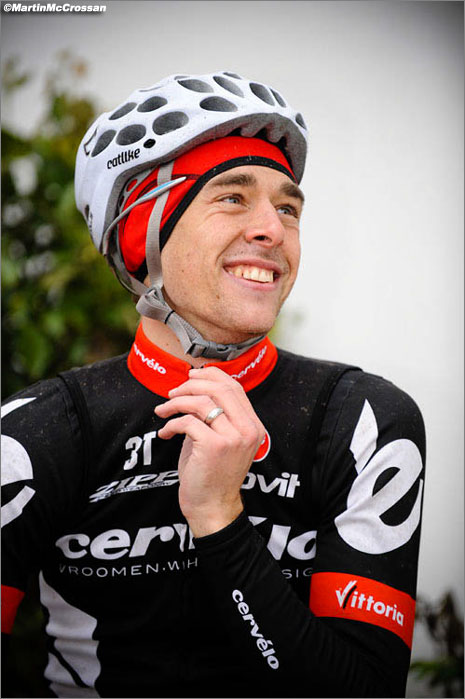 PEZ: Any ‘with hind sights?’
Dan: I wish I hadn’t got on that plane to Germany for the Bayern! Seriously, I think that I over did it in the winter, I panicked a bit because I was joining such a high profile team and trained like a madman; I was tired at the start of the season, but I corrected that – it’s a mistake I won’t make again.

PEZ: Cervelo didn’t retain you; and left it late to tell you.
Dan: Because of the broken wrist, I didn’t get results, but I got wind that if I did a good ride in the Tour of Britain, they might keep me. I was away all day in the break on my ‘home’ stage and helped Martin Reimer to third on GC – but that obviously wasn’t enough.

PEZ: Did the politics of pro teams surprise you?
Dan: Not really, remember that I was with DFL and AN Post, so I know what goes on; big teams aren’t charities – perform, or you’re out!

PEZ: Did Sky get in touch?
Dan: No, but it would have been nice, if they did. What puzzles me is why they didn’t even speak to me; it’s meant to be an English team but there are only half-a-dozen English riders.

PEZ: Raleigh; a legendary name, how did you get the gig?
Dan: A friend of mine who rides vets cyclo cross and knows that the guys at Raleigh; he knew that I might be available and spoke to the management. I kept things moving with them but slowly, because there were other options on the go, at that time. But they were keen to sign a high profile rider, to get them into the Tour of Britain and to do a continental programme – I was available; there was a bit of synergy there. I spent a lot of time talking to them about their vision – the team is being re-launched 30 years after Joop Zoetemelk won the Tour for them; they see themselves getting back into racing in Europe in a major way over the next five years. 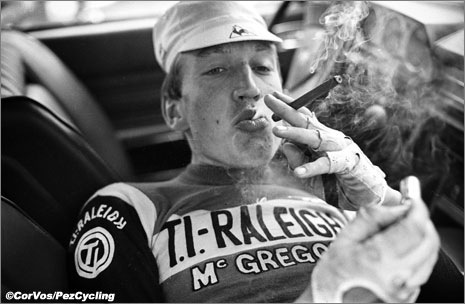 PEZ: Do you feel a responsibility, riding for such a famous name?
Dan: Yes, of course, it’s certainly not a bike shop team! And there’s responsibility upon me as team leader; at Cervelo I was well down the pecking order but here the pressure is on me to perform. I’m being paid to get results, but at the same time, the management attitude is very supportive.

PEZ: Do you know your new team mates?
Dan: It’s mainly young guys – the average age is 22 – like Dale Appleby, who’s ridden the Commonwealth Games for Wales and Daniel Shand – who I think will surprise a lot of people. They need a team leader, and that’s my job – I think if we all ride to our potential then we can have a good year.

PEZ: First team get together?
Dan: This weekend (Dec. 5/6) at Southport; it’s more of a getting to know each other than training camp – then on Monday, we go to meet the directors at Nottingham. 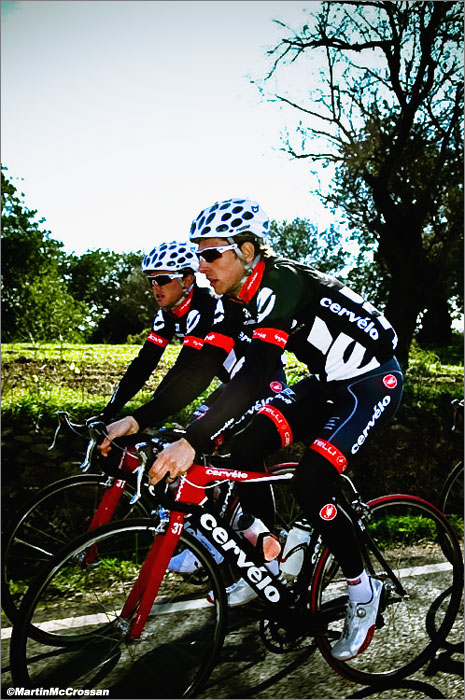 PEZ: The Raleigh slogan was; ‘The All Steel Bicycle!’
Dan: Not any more! They’re carbon, with Dura Ace, very light – nudging down towards the UCI minimum, I’d say.

PEZ: How’s the programme shaping?
Dan: We’ll get a ride in the Tour of the Pyrenees due to my having won it in the past; we’ll be in the Challenge Majorca; I’m helping with getting the programme together – we hope to ride six or eight good continental stage races. And there are other races we’re looking at – Langkawi and the Tour de Beauce, in Canada, for example. If we’re going to go abroad, we’ll be going to stage races, there’s no point in going to all that bother to ride a one day race. On the home front, our big targets are the Tours of Britain and Ireland – I’ve done decent rides in both races, so that won’t do us any harm. It has to fit in with the UK calendar, though – we only have ten riders, this year and we have to ride the big home races and selection races for The Tour of Britain. 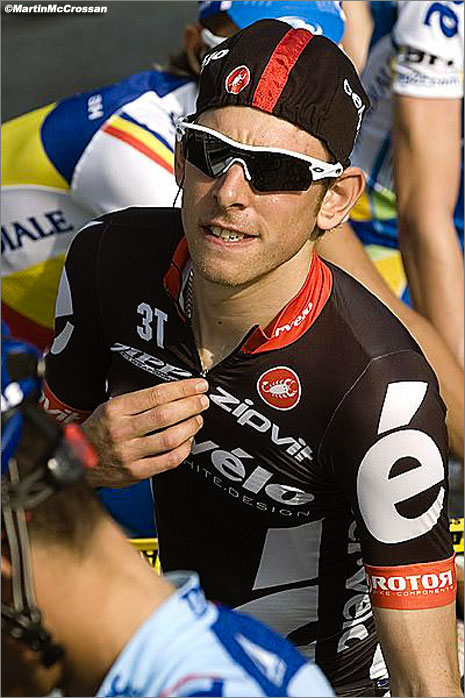 PEZ: Have you started training, yet?
Dan: I’m doing things completely different, this year. Even though I had a period where I was off the bike, I started at Langkawi in early February and didn’t finish until the British Hill Climb Champs in late October – that’s nine months. I’ve had a break and stared on the traditional pro’s ‘first day back’ – December 1rst. I’m doing base miles at the moment; I’ll be in Portugal for a ten day period at the end of the year so I can guarantee the weather. I want to be in good shape, sharp, but not flying for Majorca; I’ll probably do a little motor paced work before that.

PEZ: Goals?
Dan: I don’t know much about the UK races; I’ve been racing on the continent for years, now. But I’d like to win a Premier Calendar race in the UK and I’d like to win a stage in a UCI race. Like I said, we should be riding seven or eight good stage races – I’ll target four of them for a solid result. That’s what I did in 2008 – I was top 20 in the Tour of Ireland, top ten in the Tours of Britain and Extremadura and won the Tour of the Pyrenees. Another year like that would be fine!

***
With thanks to Dan for his time, we’ll be keeping in touch with him as the year progresses and also taking a closer look at Raleigh.