The Giro finishes but the Pro Tour marches on – to France and the Dauphine, to Switzerland and the Tour de Suisse. But around Europe and Scandinavia there are other races, good races with histories, which perhaps come under the shadow of the Pro Tour events. Take Norway’s Ringerike GP stage race, run continuously now for ten years but with editions also held in 1990 and 1994 – next year it could become ‘The Tour of Norway.’

Most of the big Scandinavian names from recent years have figured in the results – in 2000 a certain Thor Hushovd won three stages and in 2007 Edvald Boasson Hagen took four out of five stages and the GC.

But as well as these two mega stars, the likes of Giro stage winners Gustav Larsson and Chris Anker Sorensen appear in the roll of honour. Britain’s Team Raleigh rode the 2010 edition and their leader, British hill climb champion and former Tour of the Pyrenees winner, Dan Fleeman took time to talk to PEZ about Norway’s biggest race. 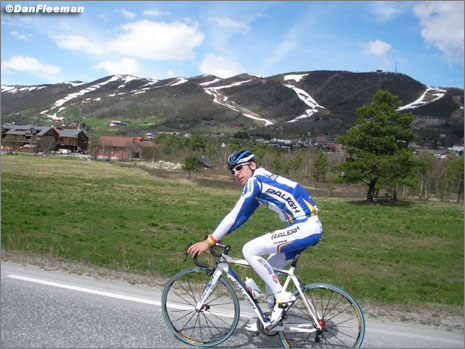 PEZ: Tell us about the race please, Dan.
It’s UCI 2.2 with five stages, you’d think that with it being Norway it would be freezing but it was 20 degrees up at the ski station where we were staying, but there was still snow and folks were skiing. When we came down from that hotel it was boiling hot – 30 degrees.

PEZ: Why Norway?
It’s a well established race and the organisers pick up most of the tabs, the RAS is on in Ireland at the same time but that’s an expensive race to ride with transport and hotels.

PEZ: Does that Raleigh name still get recognised – it was so big in the 70’s and 80’s.
Yeah, the Belgian guys on the race were asking about it and Raleigh has a marketing presence just about everywhere, now. 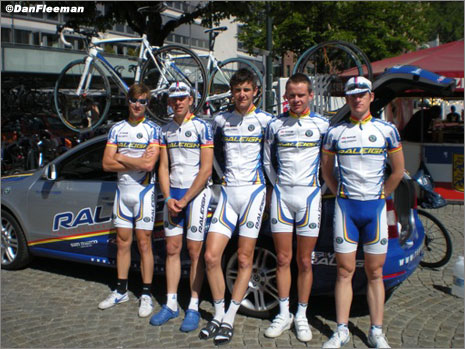 PEZ: The stories go that there are still a lot of dirt roads in Norway?
Not really, the main the roads were good, there was only one day where we had about a kilometre on gravel but that was about it. There was no mountain top finish, this year – they were trying to take the race to the people; perhaps with a view to it becoming the Tour of Norway in 2011.

PEZ: What was the quality of the field like?
There were some strong Danish teams – Designa Kokken with former world team pursuit champion Jens Erik Madsen; Glud & Marstrand with the Rutland winner Michael Berling; then there was Rabobank Continental; the Aussie team Jayco-Skins and the Norwegian squad Joker-Bianchi who Boasson-Hagen used to ride for. 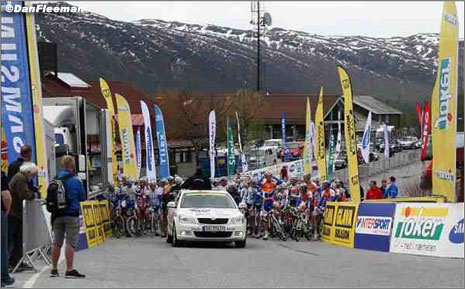 PEZ: Alex Wetterhall brought his RAS form with him.
When he attacked on stage one to win, there were 15 kilometres to go and it was a head wind, most of the time he’d have been brought back, but everyone just sat and looked at each other! By the time they realised they’d given him too much rope, it was too late.

PEZ: The Aussie, Michael Matthews won two stages and has some strong results in Italy.
That Jayco-Skins team is good and Matthews is a strong rider, built like a sprinter but he’s very difficult to drop on the climbs – if he’s there at the death, he has the big finish. 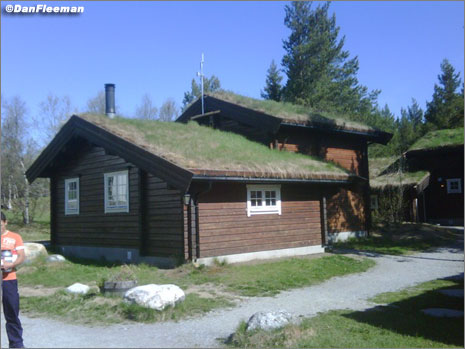 PEZ: It was tight race, you were 13th but at only 59 seconds.
I was only a few seconds off the podium – there were about a dozen of us amongst whom there was little to choose in ability. It never really split, there was a big climb on the last day but it came together on the descent every time, the climbs weren’t really tough enough to a make the difference. Maybe if they’d still had the mountain top finish then that would have made the difference?

PEZ: With hindsight?
We did what we could but perhaps we could have made it harder on the last day – we were thinking that as the race goes on guys will be getting more tired but as I said the climbs weren’t tough enough to force decisive splits. 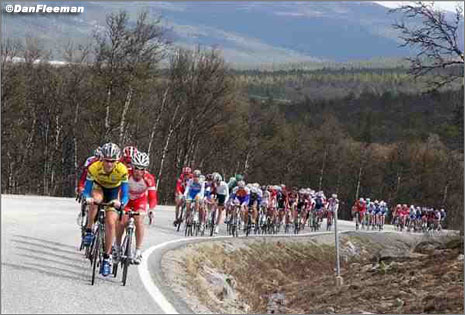 PEZ: The team rode well.
Dan Shand had a top five and another top ten stage placing whilst Dale Appleby had a seventh on the last stage and was ninth on GC.

PEZ: Christer Rake of Norway won overall.
He’s on Joker-Bianchi, that’s a good team, I’ve raced against him before – he’s a strong rider who can climb and has a sprint; he was fourth in the Ringerike in 2009. 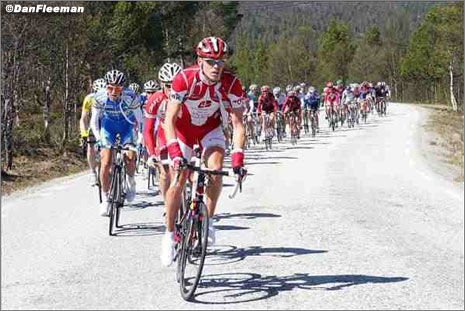 PEZ: And is Norway is as expensive as they say?
Beer is around nine Euros for a pint; a coffee is about four Euros – so yes, it’s expensive!

PEZ: Is cycling big in Norway?
I don’t know, Nordic skiing is huge, where there’s no snow there are hundreds of guys out on skis with wheels. As far as spectators goes it doesn’t compare to the Tour of Britain, the crowds weren’t big. But that doesn’t mean to say that there aren’t some good Norwegian teams on the race. 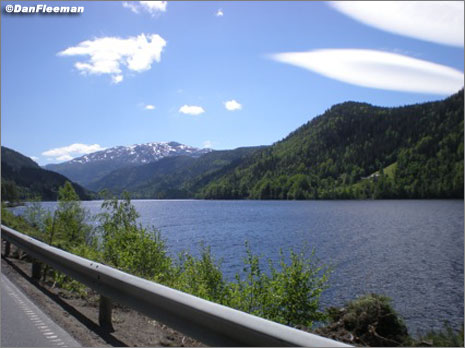 PEZ: What’s next?
We were hoping to do one stage race per month but couldn’t get to Mexico for the one there, due to the ash cloud. After the National Champs we have a stage race in Portugal then the Tour of the Pyrenees and maybe one more before the Tour of Britain.

PEZ: You’ve been driving everyone crazy on Twitter with ‘banana facts’ – you better give us one!
The banana ‘tree’ is not really a tree, but a giant herb. The banana is the fruit of the herb. 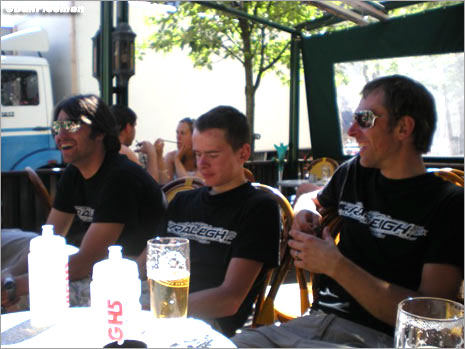 ***
He’s different, for sure! We’ll be keeping in touch with Lichfield’s banana expert as the season progresses.

PEZ Looks Back At The Ardennes