Rider Interview: PEZ has been following the career of Dan McLay since he joined the Lotto development team back at the start of the 2011 season. Since then he has had a very successful amateur career in Belgium that carried him to a pro contract with the French Bretagne-Séché Environnement team. Now after his first year in the pro ranks, Ed Hood caught up with Dan to hear his thoughts on 2015.

It was the end of last season when we last spoke to Englishman Dan McLay; he’d enjoyed a strong 2014 campaign with stage wins in the Tour of Normandie and Tour de l’Avenir with his Lotto U23 Development Team. The pro ranks beckoned and sure enough he was snapped up by French Pro Continental team Bretagne Seche – wheels supplied by American Classic, by the way. 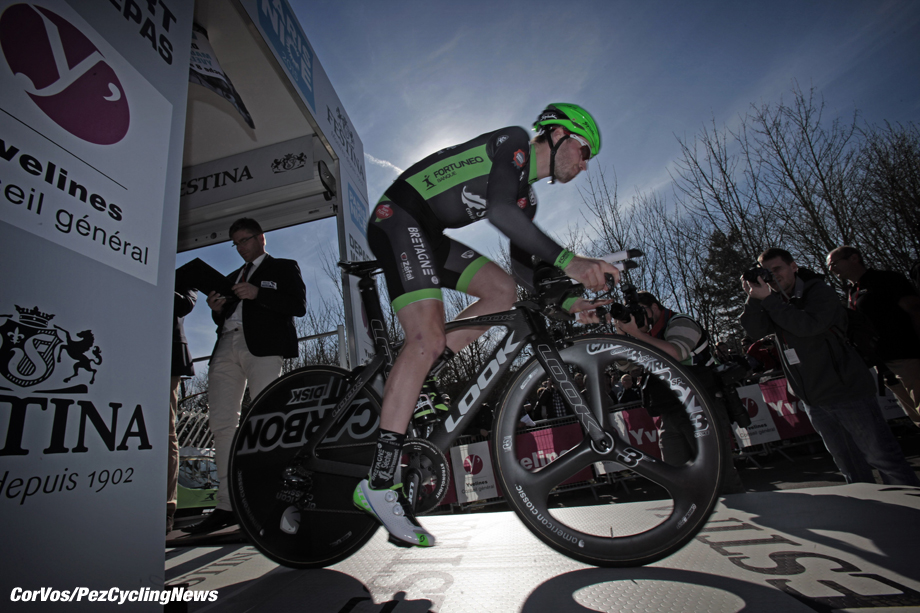 He’s finishing the 2015 season strongly with top ten placings in the Brussels Cycling Classic and Paris-Bourges; a season which started way back in January in Argentina. Then there was a stage win in the Tour of Gabon in Africa; a spring spent in Belgium and France; a ride in the Tour of Turkey; a strong showing in the Tour de Picardie; a top ten in the Garmin Velothon Berlin then solid rides in the Tour de Wallonie and Tour de Poitou Charentes before his top drawer performances in the UCi 1.HC Brussels race and UCi 1.1 Paris-Bourges.

PEZ: Some nice late season form, Dan – top ten in Brussels and Paris-Bourges, what do you put that down to?
Dan McLay: Yeah I’ve had some good form the whole second half of the year, I’d actually say it was probably on the decline for these two races though. I’ve been rolling top ten’s all year so actually it’s a little frustrating not to have got it right. I feel I’ve really got the legs to win consistently if things just click once. 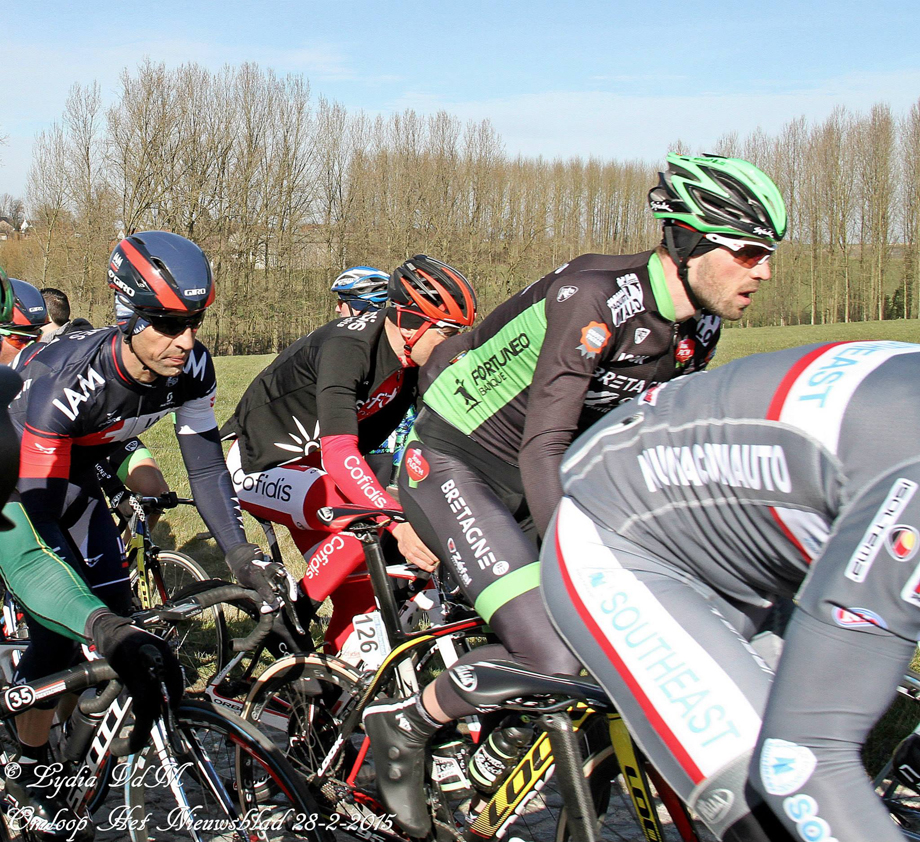 PEZ: You started early – at San Luis. . .
Yes, I didn’t go into that with much behind me, just rode it more off top end than anything really. I think it was OK to start that early but from there in I did too much in the first part of the year and ran myself into a bit of a hole.

PEZ: The Tour du Gabon with a stage win. . .
It was a good experience the whole week. I was actually trying to lead out the stage I won but we were coming from a long way back and around riders and I ended up winning. It was also good to do a few lead outs where it was pretty low pressure and find a good feeling with ‘Huta’ (Hutarovich) for the rest of the season. 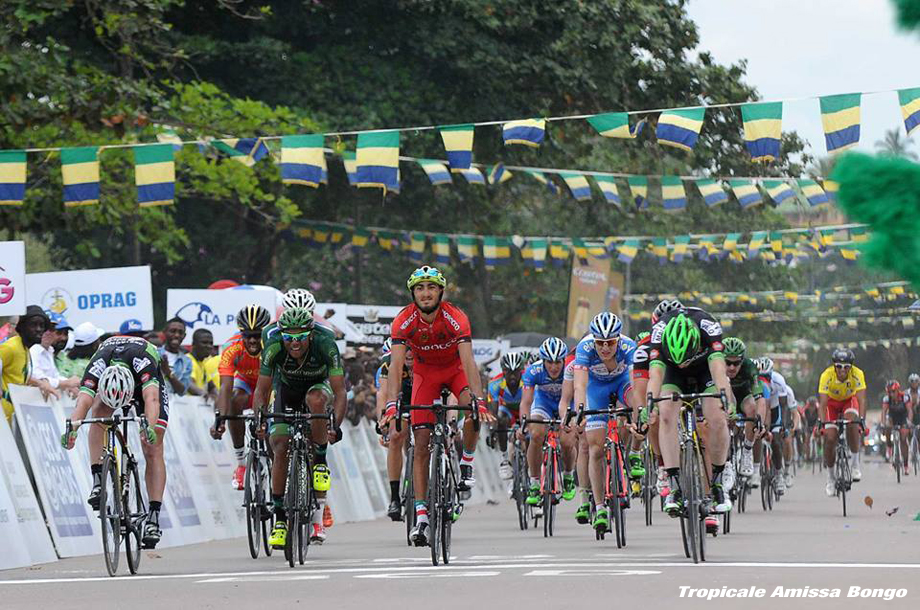 PEZ: That was a nice ride in Picardie; three top sixes on stages and top 10 on GC.
Yeah that was my one moment of reasonable form in the first half of the year, I was there or thereabouts every stage but was getting boxed in, the last day I committed to going as soon as I got free but it ended up being a bit long as I had to ride in the bad bit of road as I passed Guardini. But yeah it was good to see I had some legs in that race as I was maybe getting a little bit disheartened before that point. 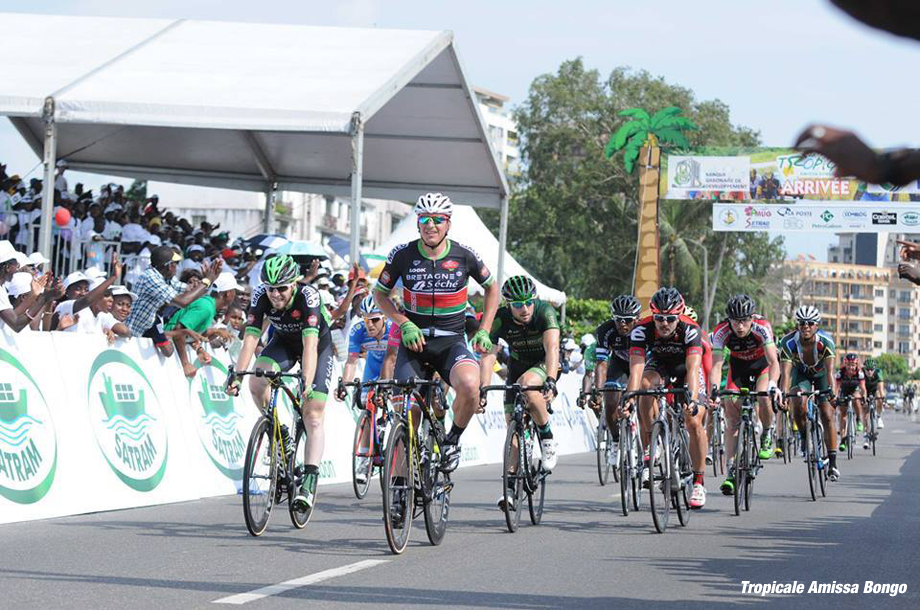 PEZ: And a win in the ‘Old Country’ how did that feel?
I’ve always loved that crit in Otley (England), I think mostly the crazy fast last corner. I’ve ridden the support race as a youth and was third in the elites when I was a junior as two were up the road. I didn’t ride the GB Nationals as I was shattered and wanted to have a bit of a blow out to start training again for the second part of the year so Otley was spot on to do that and pick up a little win as well. 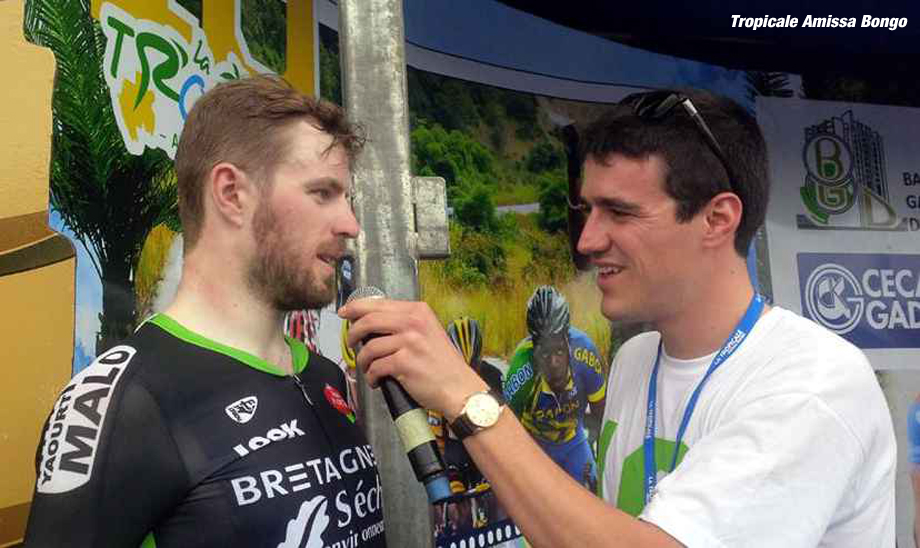 PEZ: What has the jump from U23 to Pro Conti. and UCi 1.1’s been like?
It’s not been a huge step in terms of overall hardness, it’s harder to win but it’s just different. You go deeper at certain times but you race less from start to finish. Certainly it’s harder coming into the sprint. 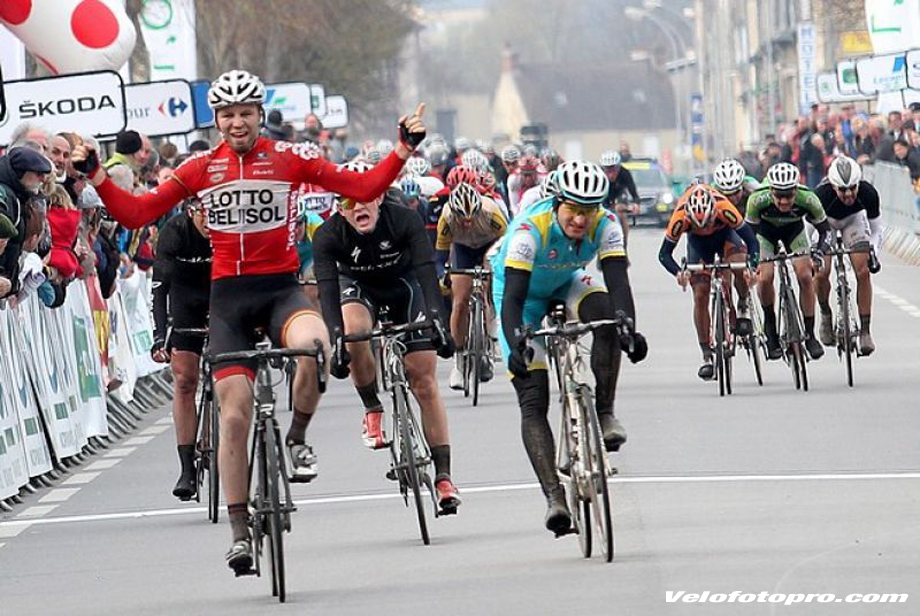 PEZ: How did the Bretagne Seche ride come about?
My agent spoke to Emmanuel Hubert, the team’s manager last year at the Franco Belge and it went from there.

PEZ: Where’s ‘home’ en France?
I actually base myself in Girona in Catalonia most of the season, along with a million other bike riders but it’s a good place to live and train.

PEZ: How does the ‘French way’ compare to the ‘Belgian way’ of living?
Well, the Catalan way is that everything just happens later or doesn’t happen! It’s very relaxed; I enjoy living in a town for the first time in my life. In terms of cycling stuff with the team, there are some differences but not huge, I think a lot of things are probably the same throughout cycling. 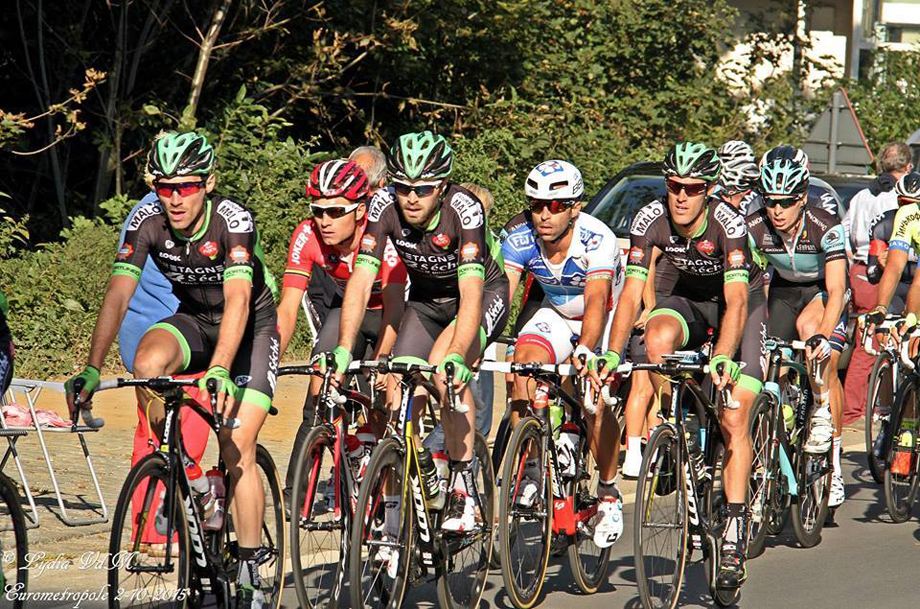 PEZ: We’ve heard those French Cups are pretty savage races. . .
I’ve not done many I think maybe one or two but yeah, the French certainly race – there’s maybe not many teams who have an interest to control the race so it becomes very open.

PEZ: What’s been your toughest race of the season?
That’s hard to say, not one stands out, I certainly grovelled more in the first part of the year but you can always hurt yourself more when you have better form so it’s hard to say. At the end of the day you can only go as hard as you can go and unless you’re one of the strongest you have to suffer in plenty of races.

PEZ: We hear stories that perhaps the French teams don’t work as hard in training as the Belgians?
I don’t know; I ended up not doing any training camps as I did the early races. I think most cyclists work hard but everyone has a different approach. Maybe in January the Belgians are more keen I; don’t know, certainly we rode hard on training camps the last years with Lotto but we were all U23’s so it’s different.

PEZ: What about those team Looks; their appearance is radical – what are they like?
They look different, certainly. They ride really good, I’ve not ridden loads of different bikes but certainly they ride well. The home mechanics are a bit trickier at first but once you work it out then it’s easy enough – just different than the traditional bikes. 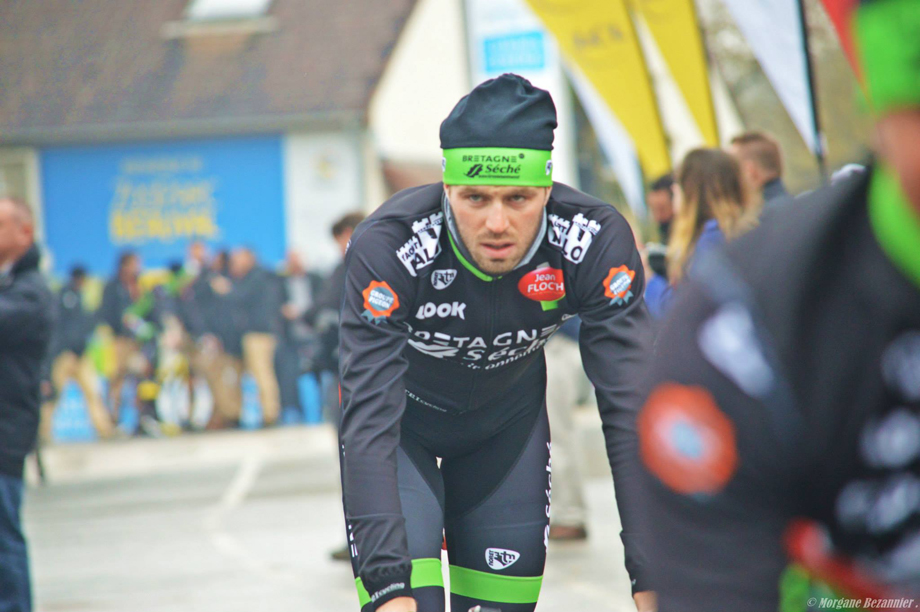 PEZ: Tell us about Bretagne Seche becoming Fortuneo-Vital Concept for 2016.
You probably know as much as me, it feels like the team is stepping up all the time and I think that’s the case for next year. As in all teams there’s some new riders and a few leaving but overall I think we have a pretty strong squad for 2016.

PEZ: There are some real war horses in the team – Fedrigo, Hutarovich, Sorensen. . .
Yeah there’s a good mix of experience as well as younger guys, there’s quite a few guys who have done quite a lot over the years. 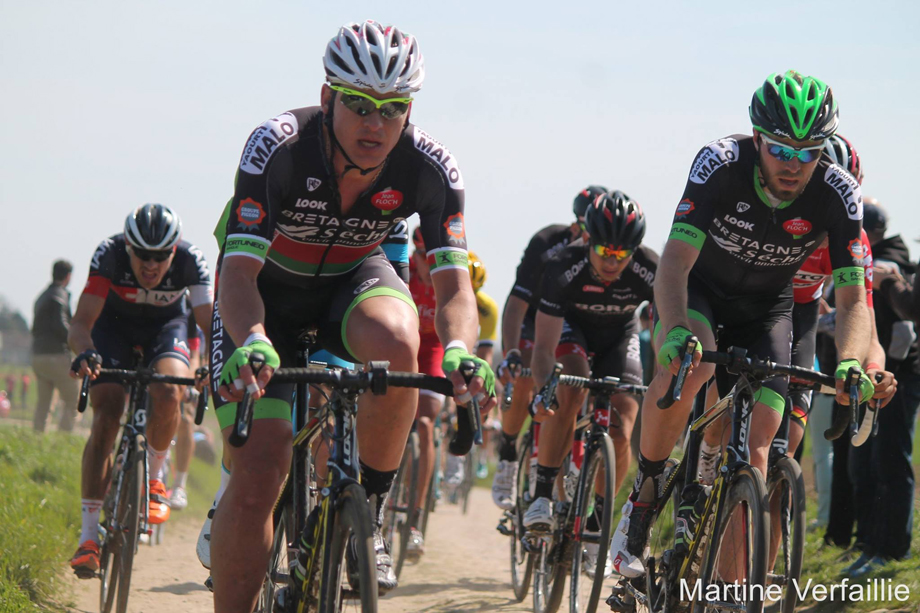 PEZ: How much of a break do you have – when does it all start again?
I’m not going to put a clock on it, I’m definitely ready for a break but I don’t feel quite as broken as at the end of last year where I really rode myself into the ground at the end of the season as I was waiting pretty late for a contract. I feel like I’ll probably take less time completely off but ease back into training a bit more. I’m a guy who works pretty hard in the winter, when I was younger I’d race both cross and track so I’m not used to taking five or six weeks off and cruising around until February.

I need to turn results into wins and become a winner again. I hope I can put in the work and make it happen and once it happens once in the right sort of race the confidence is there and it should become a more consistent occurrence. . . 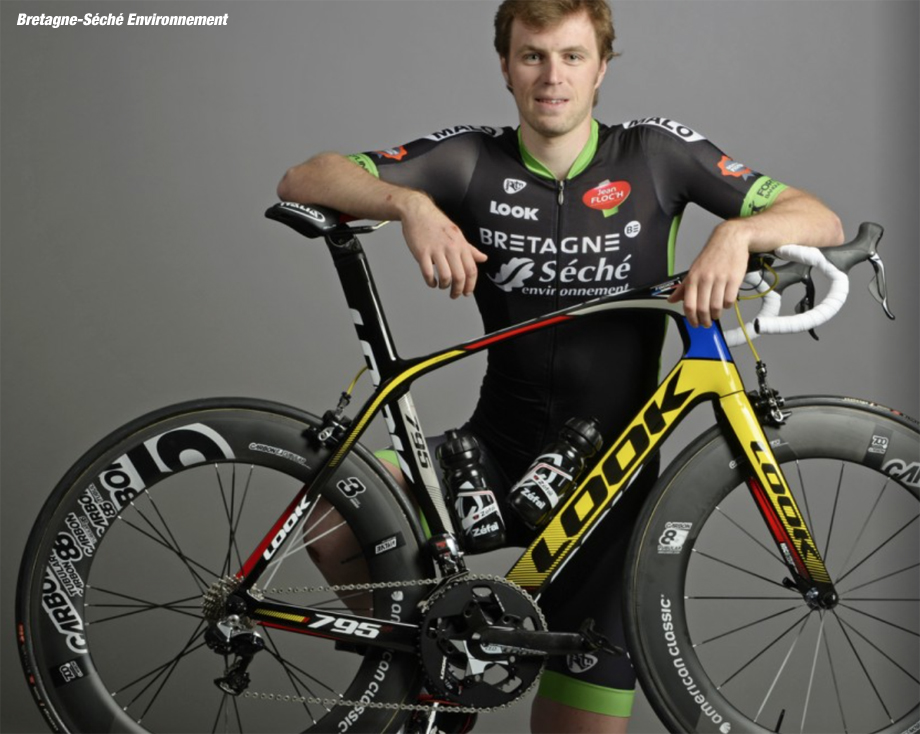 Dan with his Look and American Classic wheels