It has been awhile since we last spoke with former Giro Top 4 and Italian TT Champion, Dario Cioni. We’d heard that he signed for a new, high profile team, but the details weren’t released, and he wasn’t allowed to talk about it. We agreed to talk olives, but by the time we got to talking, the deal was official: the new team was Sky. A deal is a deal though, so we’ll get started with olives!

PEZ: How did you get into growing olives, Dario?
Dario: By chance, really, when we moved into this house, which is our old family house, there were 30 trees; all 25 to 30 years-old and in good shape. My uncle used to tend them, we’d help him pick them each year and we’d all go together to the place where they are pressed into oil. It was a nice thing to do, and it makes you feel proud to have produced your own oil. But with only 30 trees, if it’s a poor year then you can’t guarantee that you’ll have enough olives to make oil for the family and for giving as presents – so we thought that maybe we would get a few more trees.

PEZ: How many do you have now?
Dario: We have 300, that’s not a huge number and I think that the maximum number I would go to is 400 to 500, if you go above that then it’s hard to guarantee consistent quality; they take a lot of work to look after. 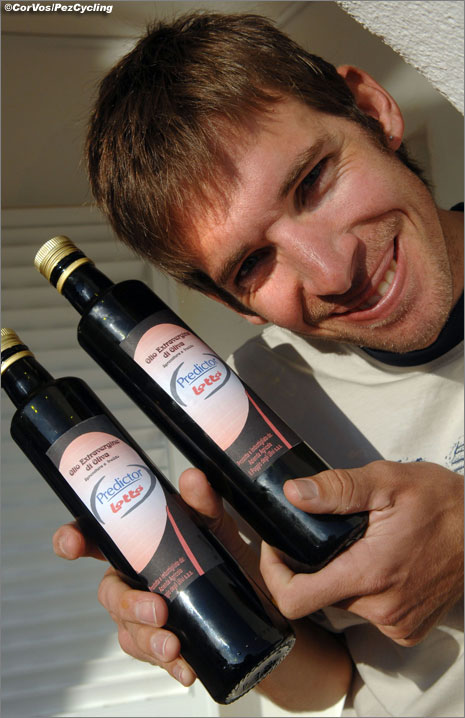 PEZ: Green or black?
Dario: All olives are green to start with, but turn black as they mature. The time that you want to harvest them is as they turn, the transition phase – some will be green, some black. But if you leave them on the tree too long, this affect the quality – the oil is greasier, it’s not so green and it loses it’s pepperiness.

PEZ: When’s the harvest?
Dario: It depends on which part of Italy you are in, from October to January – but traditionally, it’s 1rst November in Tuscany. If you are a pro, you start training on 1rst December, if you are an olive grower, you start picking on 1rst November. But I start a week earlier that, you can’t pick in the rain and there might be a really nice day when I want to go out on the bike, that week gives me more time, and less pressure.

PEZ: Where do you get them pressed?
Dario: There’s a small co-operative mill, not far from us. It’s family run, they do their own olives by night and others – like mine – during the day. It’s clean and they are quality conscious, they don’t want to get too big. 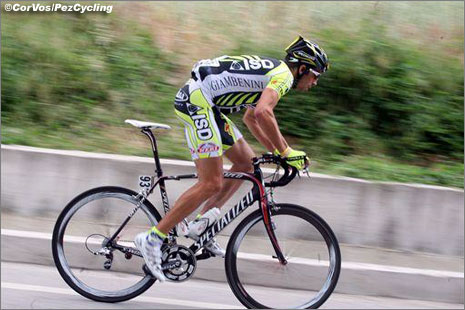 PEZ: Virgin/Extra Virgin?
Dario: Extra Virgin means that it is only oil from olives which have been pressed for the first time – not from pulp or waste, and no other machinery is involved. In Tuscany, we press at 25 degrees, but the higher the temperature you press at, the more oil you get. But you lose flavour, colour and aroma if the temperature is higher; that’s why Tuscan oil is so good, in Puglia, for example, it’s 30 degrees. From 100 kilos of olives, you get only 15/20 kilos of oil.

PEZ: Do Rabobank still buy your oil?
Dario: Yes, they bought it for the Tour and ISD bought it too. Ballan is one of my customers, also. Most people say that if you taste it once, you’ll always come back for more! 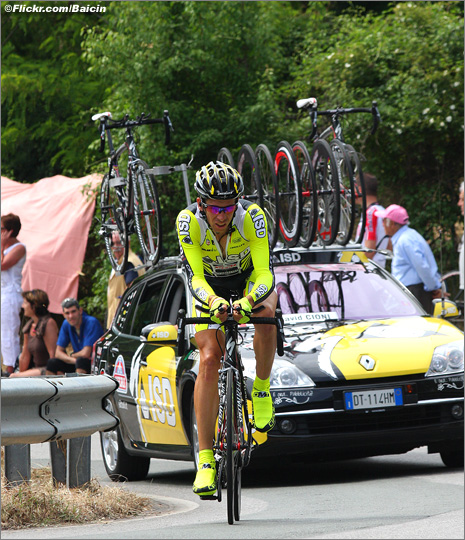 PEZ: Some cycling, now – ISD, I thought they were pulling out?
Dario: There was uncertainty, yes. The team would have kept going with Visconti – he had a very good end to the season – in some other form, but eventually it was agreed that the Ukrainian riders would remain but with more control in Italy. Luca Scinto (Visconti’s mentor) is still in charge.

PEZ: We heard rumours you were going back to mountain biking?
Dario: That was possible; I did some mountain bike racing and enjoyed; I was 7th in the world marathon championships. That showed me that I was still competitive – if I’d stayed with ISD for 2010, I would have ridden the road until the Giro, then mountain bike for the rest of the season. But then things became unclear at ISD – it made me aware though, that I have another one or two good seasons, still. 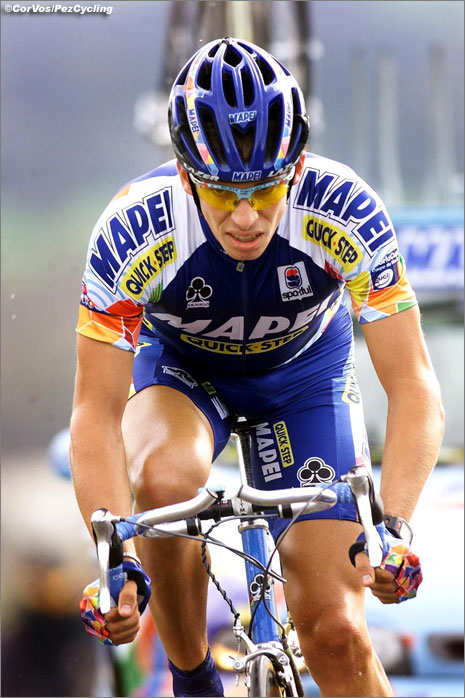 PEZ: Sky?
Dario: I am good friends with ex-pro, Max Sciandri who works with the British federation, in Tuscany. He told me last year that this project was coming. I met with David Brailsford at the Giro and I’m very happy to have this opportunity.

PEZ: Your programme?
Dario: I will know better next week, when we have the first team get together at Manchester; tentatively, it will be Romandie, Giro and Dauphine based – but I don’t know, for sure. 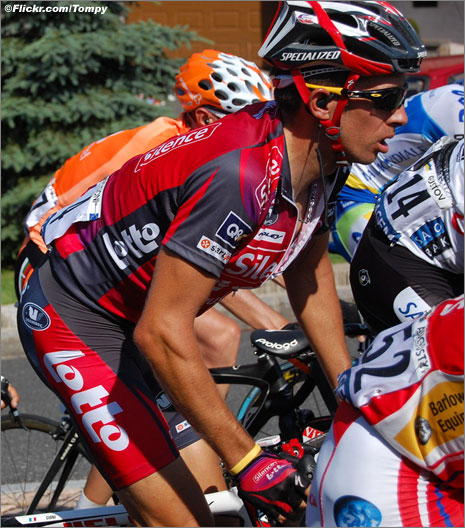 PEZ: The future?
Dario: I’ve been a road pro for 11 years now and before that I rode mountain bikes, full time for five or six years. Joining Sky has given me new objectives and stimuli. One of my jobs will be to advise the younger riders, help them grow – I like that type of role. This year, I will be looking around at management opportunities – maybe in a year, or two? I have a business degree in sports management and with all my experience as a rider, it’s a direction I may take. But I also have my olive business – and wine too, for the future. 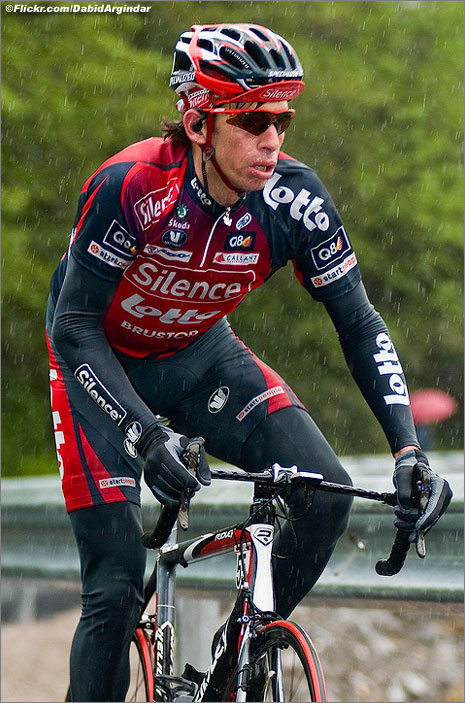 PEZ: You are now a riders’ representative to the UCI.
Dario: I do not work for the UCI, I represent the riders when meeting with the Pro Tour board. I enjoy it and it’s good to see our suggestions taken up. For example, the Tour of Poland was held in September and the weather was always very bad; this year it was held in August at the riders’ suggestion and it was a better race because of that.

PEZ: What about the race radio issue?
Dario: There was an internet poll held and the majority of riders want to retain race radios – so the UCI is going against the will of the riders if they abolish them. However, I think it will be a very long time before that happens.

PEZ: The minimum weight restriction.
Dario: I understand that; the UCI thought that whilst big companies would have the technology to build very light bikes, smaller builders – who did not have the budget or technology – might have produced bikes which were not safe. Most teams now, are on bikes on the minimum weight anyway – I think that the limit is a good idea, yes.

PEZ: 2010?
Dario: The season will be split into two – the first half will be towards the Giro perhaps and then we will see; maybe I will then focus on the Vuelta for the second part of the year.

PEZ: Manchester, next week?
Dario: It’s not really a training camp, I think we will ride the bike a few times, but it’s more about getting to know each other, discussing the team’s internal codes of conduct and getting fitted for clothing – that sort of thing. The first proper training camp will be in Tuscany in January.

***
And Pez will be talking to Dario, after that camp – with thanks to Dario for his time and insights. Now go and fascinate someone with your knowledge of olive oil production!

***
Check out Dario’s website for lots more on his olives and everything but bike racing. It’s worth a look: DarioCioni.com