Two US Stars: Dave Chauner was one of the USA’s leading road riders in the 60s and 70s; an Olympian that raced all over the World. He is the man behind ‘Team Trak’ and his new ambassador is sprinter ‘Super Star’ Nelson Vails. Ed Hood got them together to find out more. 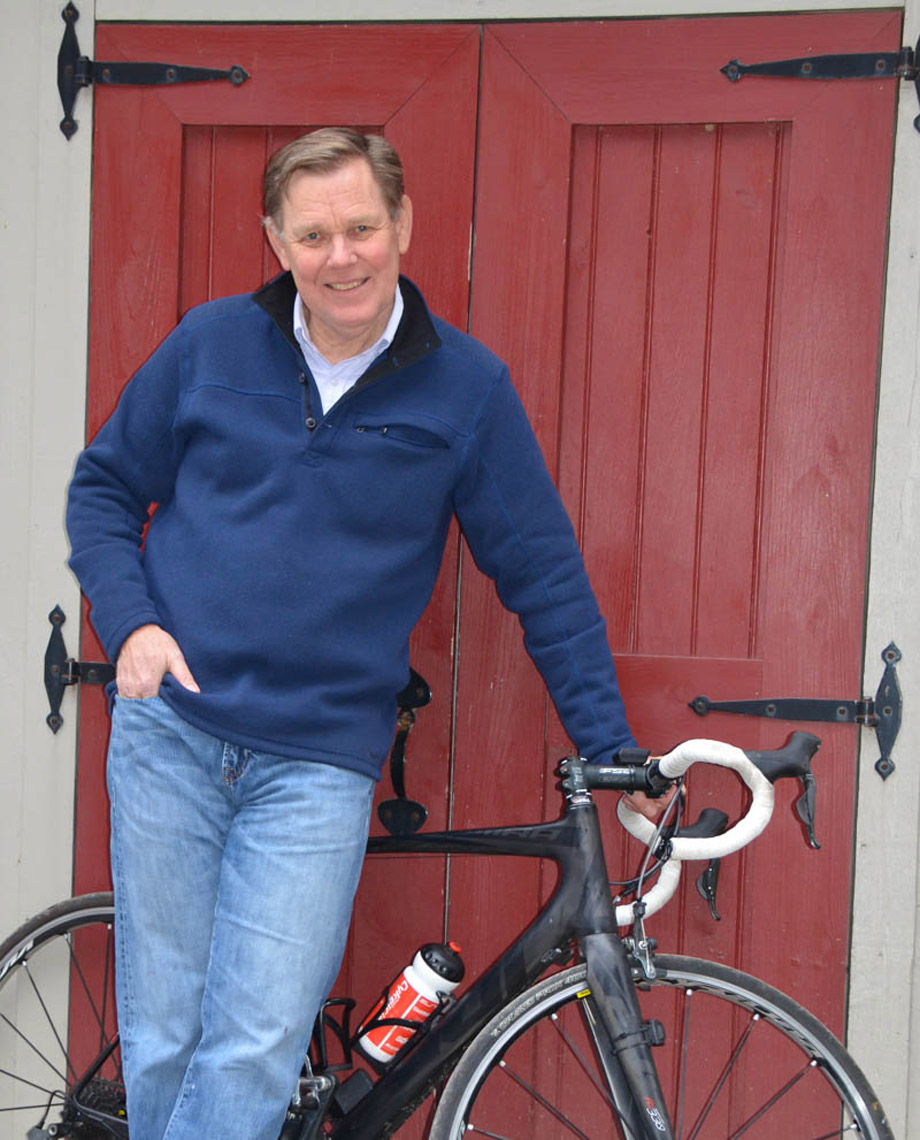 I’ll let the Dave Chauner website tell you a little about the man’s racing career:
Cycling as a lifelong focus began after qualifying for the 1967 Pan American Games in Winnipeg, Canada. That was followed by berths on the 1968 and 1972 Olympic teams, six national championship medals and racing competitions that took him to Belgium, Canada, Colombia, France, Great Britain, Holland, Italy, Luxembourg, Mexico and throughout the United States. He capped his racing career in 1975 by winning the final stage of the twelve day Tour of Britain [Milk Race] which, at the time, was one of the world’s most prestigious amateur stage races for national teams. Since then he’s been a cycling commentator, writer, race organiser and has been inducted into the US Bicycling Hall of Fame.

You might think that at 72 years of age he’d be winding down a little? Not a bit of it. His latest project is as CEO of ‘Team Trak’ by World Cycling League, an innovative new business designed to develop track cycling as an entertaining made-for-television sport. 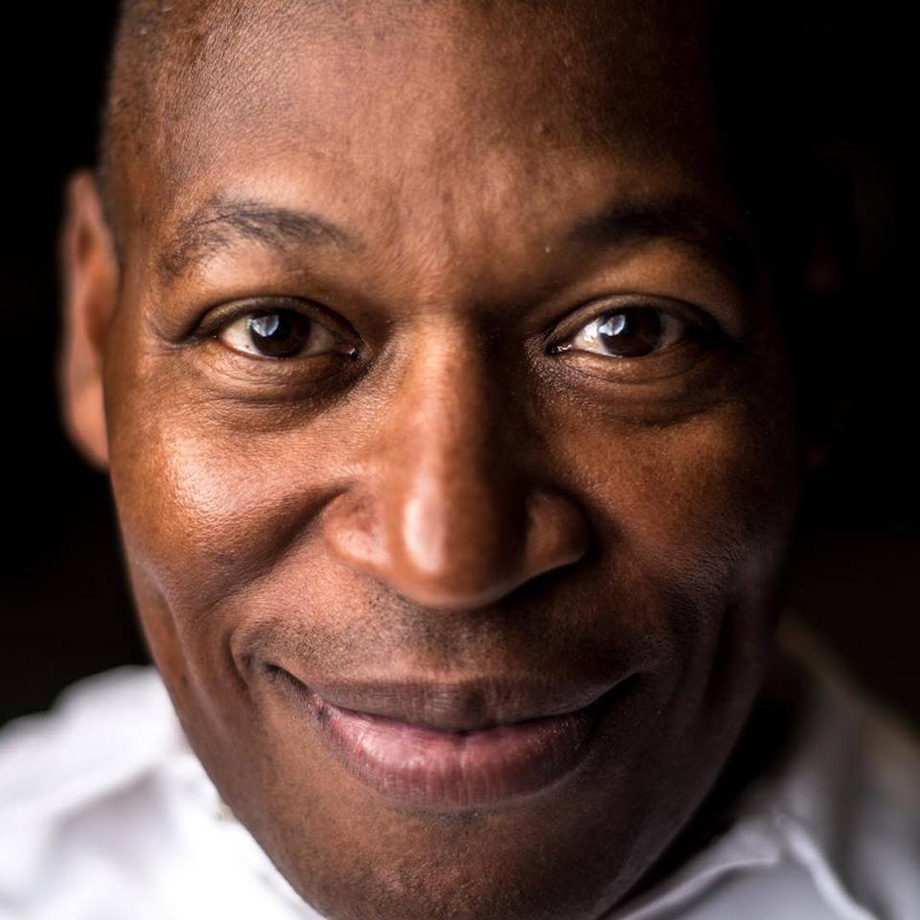 PEZ caught up with Dave and his new ambassador for the project, the Olympic and Worlds velodrome legend that is, Mr. Nelson Vails for a Skype conference call recently.

PEZ: And fundamental to this will be the creation of a new indoor velodrome in Philadelphia?
Yes, we have a site earmarked and backing for the project from Sports Facility Advisory. Nelson has joined us as our ambassador for the project and will be on the board. 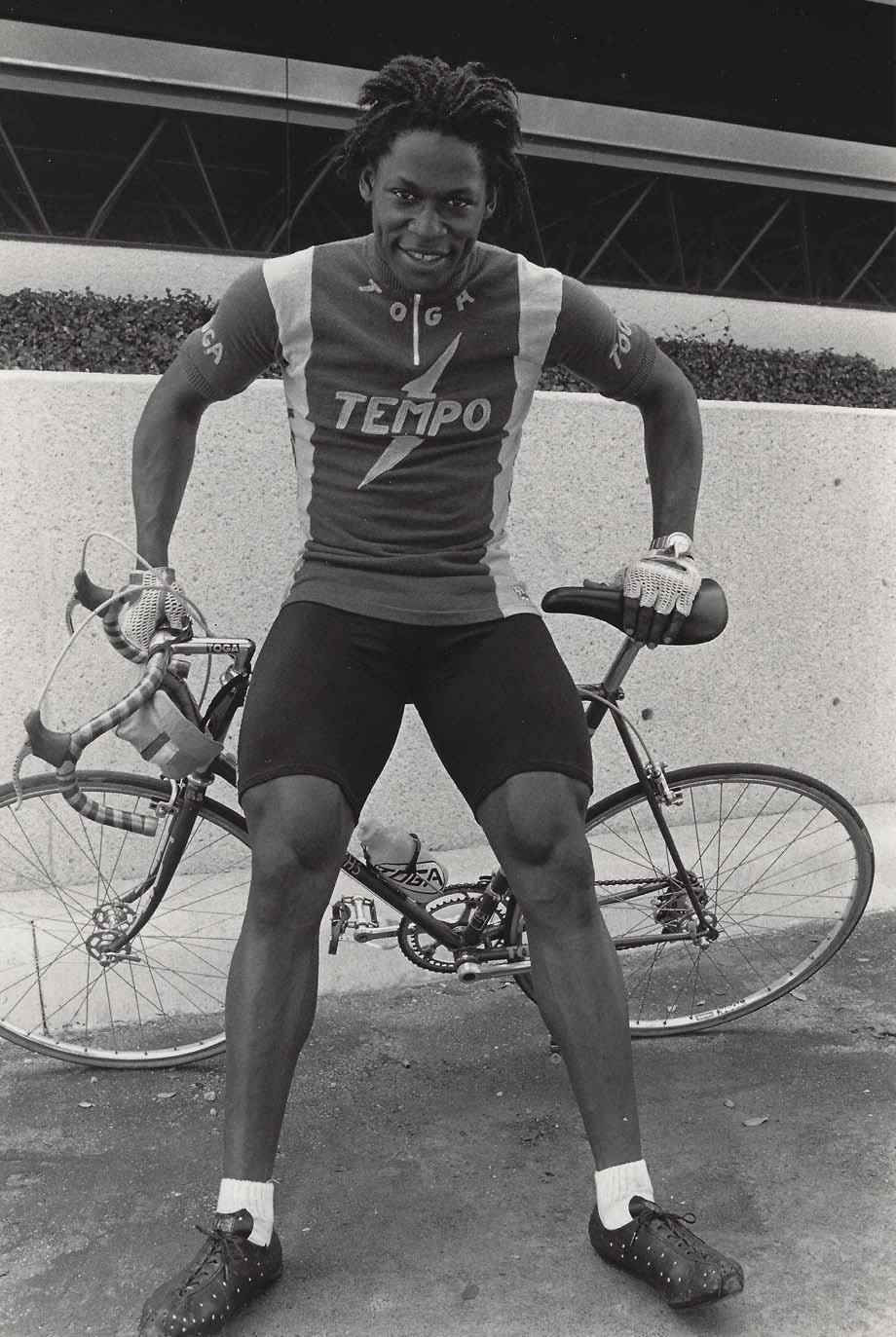 PEZ: Nelson, you were famously a cycle messenger in New York City, how did you get into that?
Nelson Vails: I was racing for a local bike shop team, Team Toga Tempo under the stewardship of Lenny Preheim and it was he who suggested becoming a messenger, saying it would be great training. I took it up and excelled at it.

PEZ: You were racing on the track before you became a cycle messenger then?
Yes, at a low level on the Kassina Velodrome in New York City and Dave Chauner used to organise busing us out to Trexlertown Velodrome at Breinigsville, Pennsylvania to race. 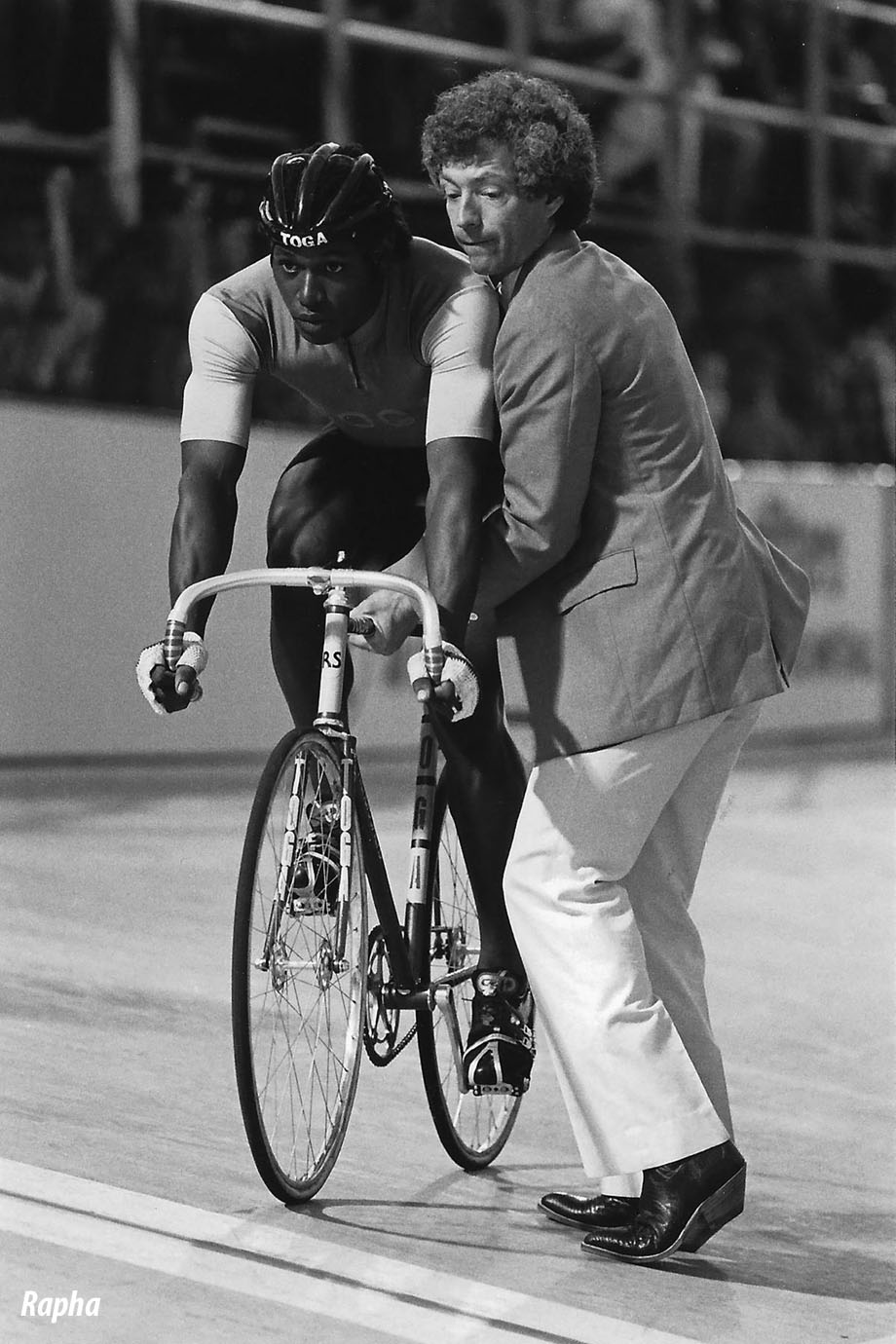 PEZ: Your ‘breakthrough’ ride was in ’83 when you won the sprint in the Pan Ams.
I really learned my craft as a track rider from 1980 onwards, I made the Olympic squad and our coach, Eddie Borysewicz, who we always called ‘Eddie B,’ said that he was sending Mark Gorski [Gorski won the sprint at the 1984 Los Angeles Olympics with Vails taking silver, ed.] to the Worlds and me to the Pan Ams; he thought I could win and if I did it would be a great boost to my confidence. From that success onwards I trained hard and focused on my build up to the LA Olympics in ’84.

PEZ: The silver medal in the sprint at the Los Angeles Olympics, how much did it change your life?
Quite a bit – it was a big help on the steps through my life to where I am now.

PEZ: And you were US Sprint Champion that year, did you beat Gorski there?
The champs were post LA and Gorski didn’t ride them. 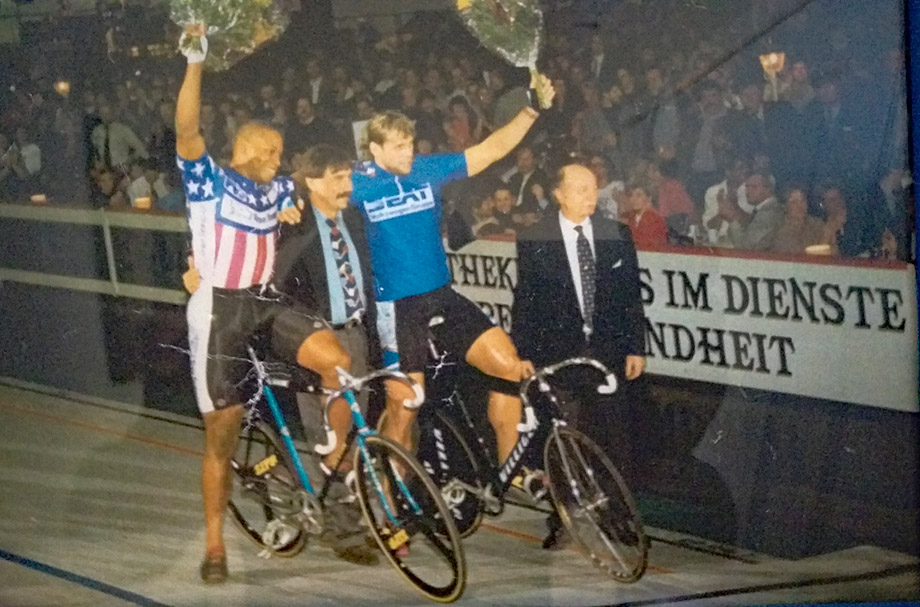 PEZ: Then there was Worlds tandem silver in ’85 with Les Barczewski but you didn’t go forward to the ’86 Worlds despite that success?
Yes, I teamed up with Les for the tandem in ’85 and we took silver behind the Czech pair. The Federation chose new guys for the ’86 Worlds and by ’87 I’d turned professional. [We interviewed Nelson’s tandem ‘stoker,’ Les Barczewski in 2018, he told us that there were ‘politics’ in play regarding selections in ’86, ed.]

PEZ: You were on the pro scene from ’87 through to ’95.
Yes, I rode in the US and in the sprint competitions on the European six day scene. Your countryman, Angus Fraser was my soigneur in many of those races and he helped me a lot, showing me the way, when you go to Europe and get involved with the six day scene you need someone to look after you. The late Patrick Sercu, who was race director at many of the six days was a good guy too, he helped me get a lot of contracts for the German six days. I actually stayed with a Belgian family for a while and that’s what I’d like to see happen with the kids we bring up through our Team Trak programme. Go over to Europe, join a club, get their eyes opened and broaden their cultural awareness. I also rode on the Japanese keirin circuit, I was pretty popular there. 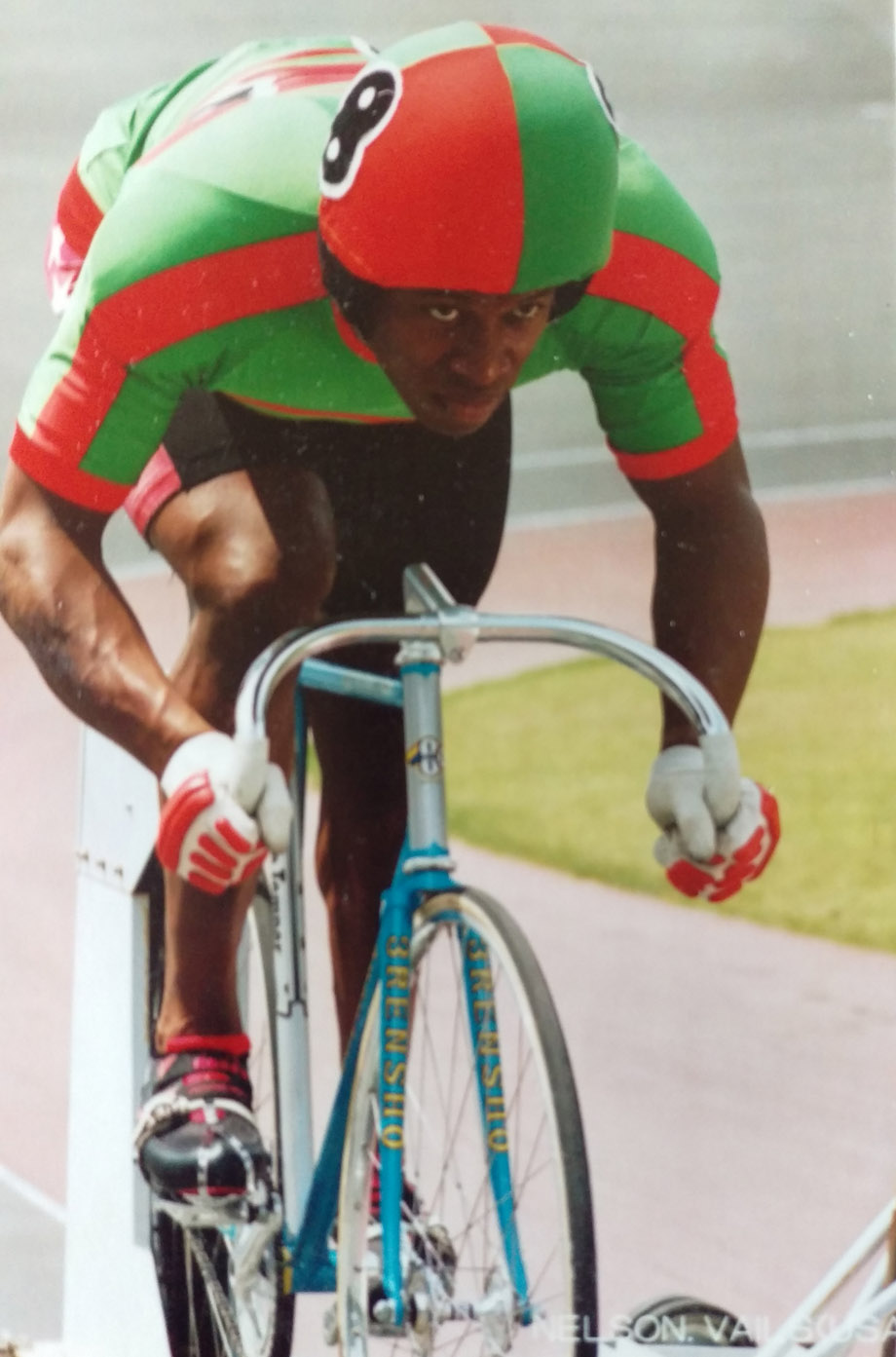 PEZ: For the ‘tech guys’ was that really a Raleigh you rode in the LA sprint competition?
I was with Raleigh from ’83 and that bike was built by Mike Melton of Raleigh, the same guy who built the US team time trial ‘funny bikes’ for the LA Games. After I turned pro I rode what I was given, I rode a nice Giant for a year. I was one of the pioneers of riding composite wheels – three spoke Zipps in the 80’s before composite wheels really took off in the mid 90’s.

PEZ: You’ve done a job on marketing Nelson Vails, ‘the brand’ – you were in the ‘Quicksilver’ movie and more recently there was the Rapha clothing collaboration.
The Rapha one time collection was two years in planning, the only person at my end who knew it was happening was my wife. That ‘thunderbolt’ logo came from my Team Toga days and it’s actually a stylised version of my initials which runs through the fabric in the whole collection. 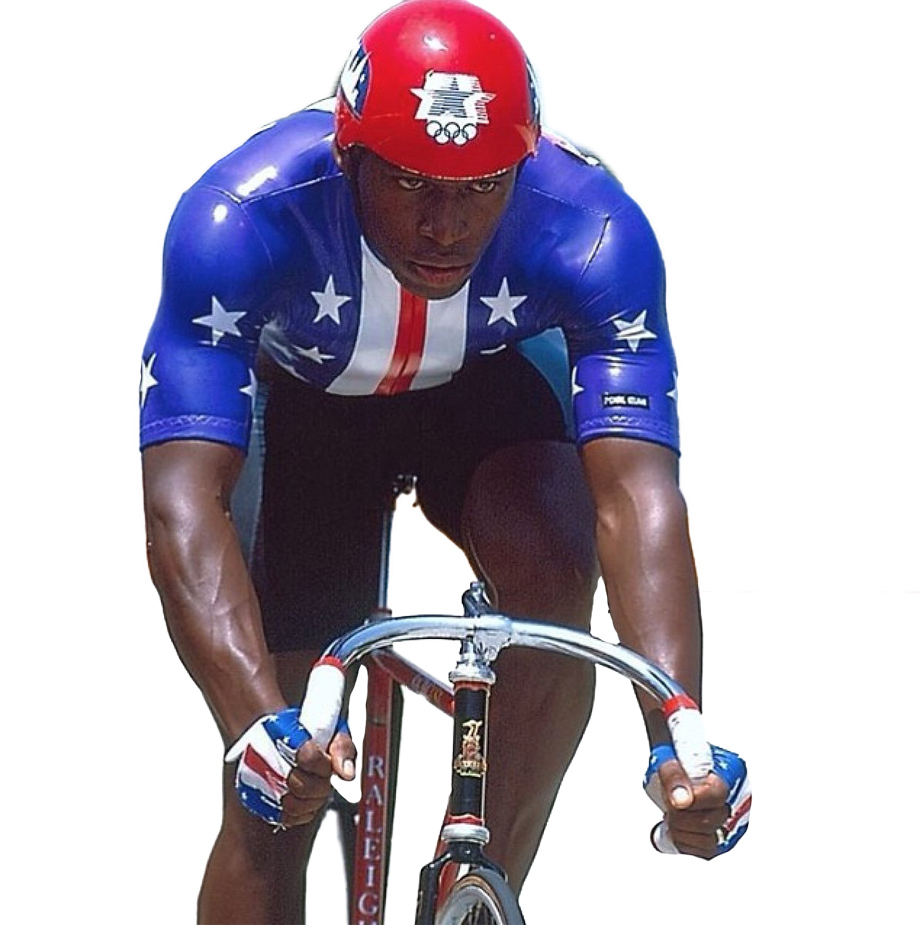 PEZ: And you’re heavily involved with GFNY – Gran Fondo New York.
It’s a new phenomenon, the closest you can get to a pro race; but you can pull into the rest area for a break after 30 miles and at the finish if you ride the 50 miles version you can have beer with me!

PEZ: Racism – did you ever encounter it during your career?
Personally I never had a problem, no one was ever ‘in my face’ with it but I was a happy-go-lucky kinda kid and there were always guys like Dave Chauner there to take care of me. But that’s the thing about black kids who get on to this programme, they can look at me and see what can be achieved, I am them. There’ll be no exclusions on our programme, all kids will be welcome to get involved – and we hope to organise scholarships too. Our intention is to have races for kids at Kissena on a Thursday evening then bus them to the new track on a Tuesday evening. 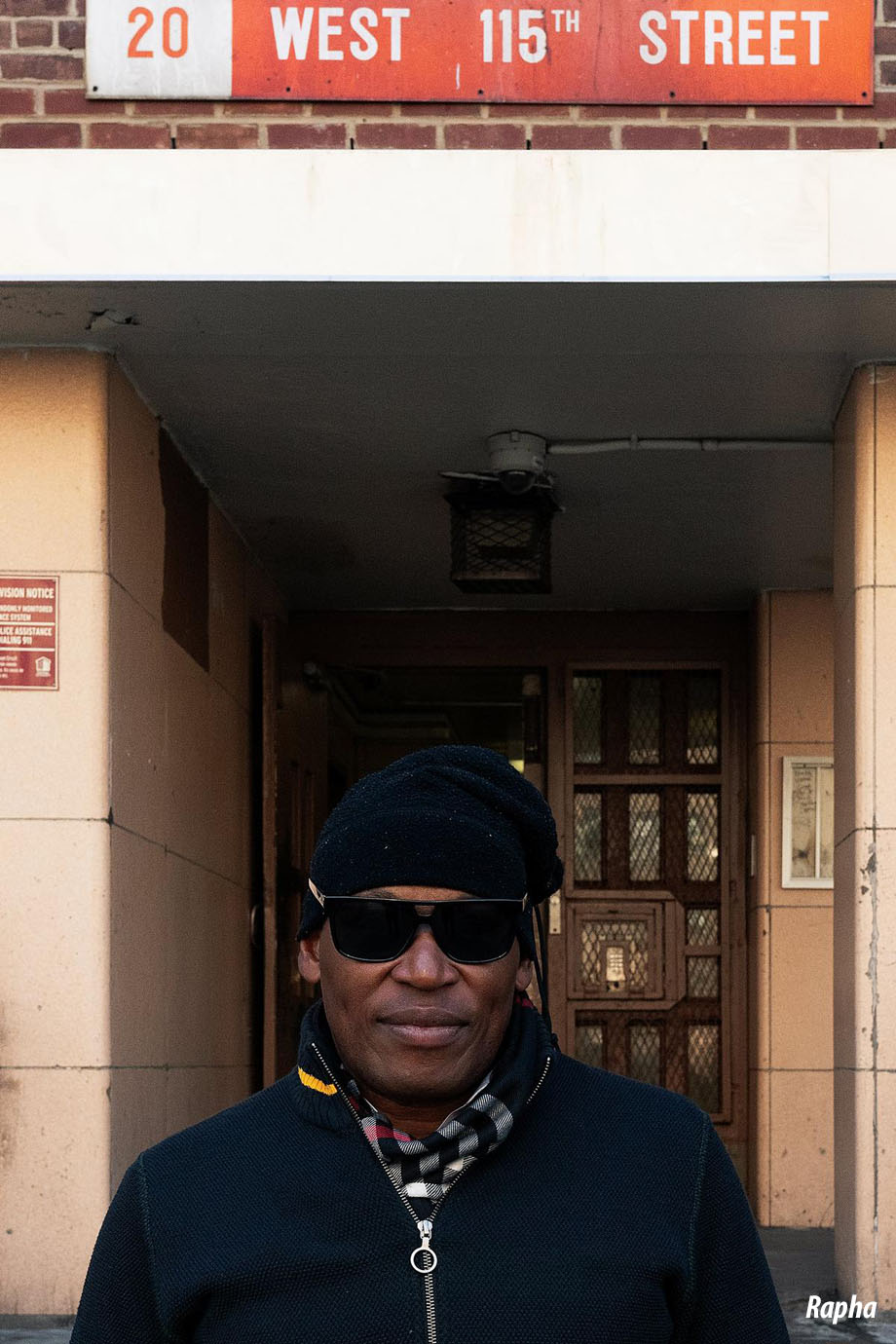 PEZ: Last word to you, Dave. . .
Dave Chauner: It’s a pleasure to have Nelson on board, he’s a man who never thought the world owed him a living, an inspiring individual with no chips on his shoulder who always seized opportunities. We’re both excited about moving this project forward and getting track racing back into the sports headlines.

You can find more info on ‘Team Trak’ by World Cycling League at: https://worldcyclingleague.com.