The Tour is like a black hole, it sucks up all of the cycling media coverage on the planet. It’s best not to run ‘non Tour’ articles at that time – no one is interested. PEZ spoke to ‘new chrono man on the block’ with wins in the Delta and Ster Tour prologues – and a fresh Dutch TT champion’s skinsuit to his name – Jos Van Emden, the week before the Tour, and here’s what he had to say…

PEZ: You did good time trials as an amateur – like GP Tell and Normandie – were those the main rides that got you a pro contract?
It was an important part, that’s true. In my last year as an amateur I won three races, all were victories from a early break that I finished alone, so more or less its that part of me that got me a contract. 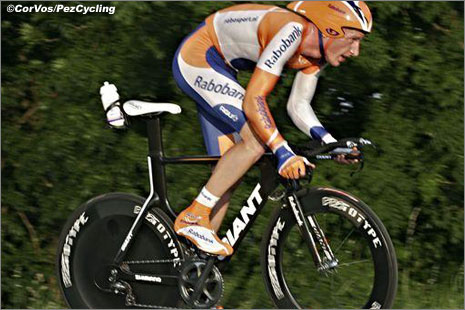 PEZ: This year you seem to have stepped up a level as a ‘chrono man’ ?
Definitely, I thought I wasn’t good in the TT at the pro’s level but after two Giros I became much stronger and after this Giro I started to realise that it was still there.

PEZ: The Delta Tour Zeeland prologue win, tell us about it, please.
My first win as a pro, very special, and I didn’t expect it at all because I felt really bad and mentally I wasn’t strong after the Giro. 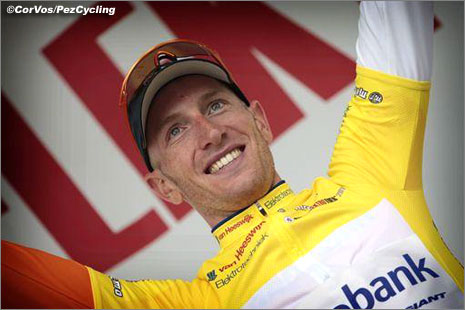 PEZ: Then you won the Ster Elektrotoer prologue…
After the Delta I felt confident and I wanted to go full gas to see how far I could come in a race with a much better field than the week before. Mentally I was good but I was very surprised to win and beat all the national champions there. I was very very happy!

PEZ: The Netherlands TT championships – a much longer race, did you expect to win ?
Not at all! – the shape was the best I ever had but I never did a good time trial ride that was so long. Almost everybody tipped me, but I didn’t see it that way. I went for a podium place because the best result I had the years before was 8th. And then …. I won. Since I started cycling it was a dream for me to become champion, especially in the time trial, the strongest rider in the country 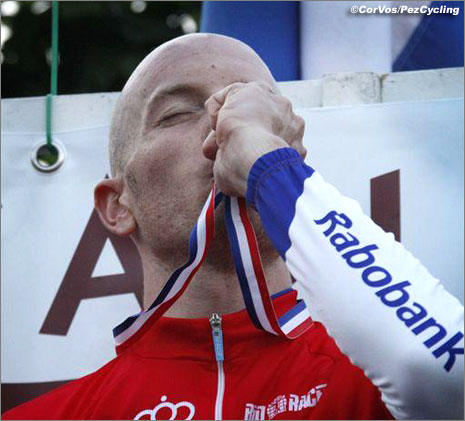 PEZ: The Giro prologue, you were 9th – were you happy with that ride?
My Giro was already good after day one! I always looked up to riders who finish top 10 in a TT of a big tour and now I’ve reached that!

PEZ: How do you manage to train for a short, explosive event like a prologue but still do the workload to ride 250 K road races?
That’s just part of different training in a week, you don’t train every day over long distances. You also do short but intense training. 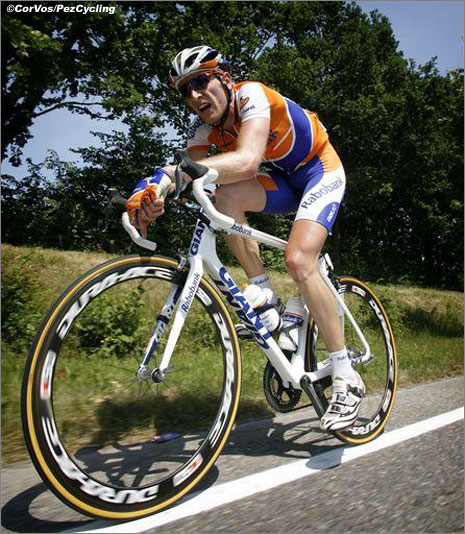 PEZ; Are you an ‘equipment fanatic’ or are you happy to ride what the mechanics prepare ?
I’m changing a bit, in the past it didn’t matter at all, but every year I get more and more fanatical about the material.

PEZ: Have you done any wind tunnel testing ?
No, but I did some training on track to get the best position on the TT bike. 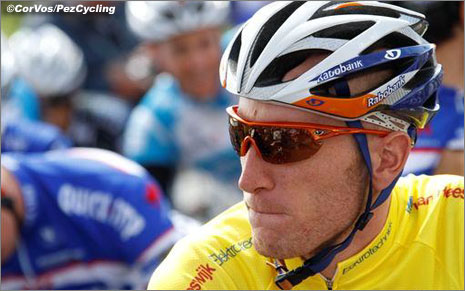 PEZ: What are the qualities that a good prologue rider must have ?
You must be explosive, most of the times a prologue has many corners; have a good cornering technique and of course you must be a good TT man. And the focus must be 100%, even if the ride is only 5km, it takes ‘all day’ to prepare.

PEZ: How do you prepare for a big TT like the Netherlands championships ?
For me there is no difference if it long or short. In the morning you ride, than you rest, eat, ride the circuit, rest and race. 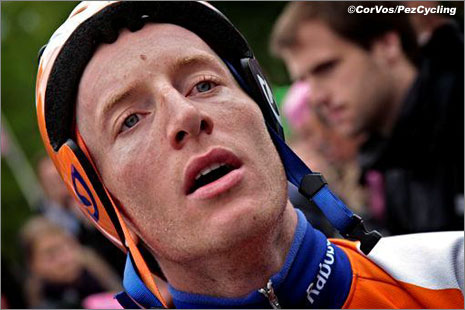 PEZ: Have you ever had role model time trial riders ?
No never, I figured it out all by myself, then you develop a system which you feel good with.

PEZ: The Worlds TT – is it in your mind ?
That’s in my mind, it wasn’t there before, but a team mate mentioned it after the Nationals and than I started to think about it and that will be my main goal now.

PEZ: Could you give our readers some tips about how to ride a good time trial ?
That’s difficult, I feel good with doing this and Lars Boom feels good with doing that. The best tip to give is to be well warmed up, you must be able to go full from the gun, and know the circuit.

PEZ: What is your programme whilst the Tour is on ?
One week rest (holidays), than two weeks training.

PEZ: Who is your tip for the Tour ?
Of course Contador, he is just the best stage racer at the moment. But I think Menchov is gonna do well. I believe in him and he has a special place for me after the Giro he won with me by his side.

***
Jos got that right ! With thanks for his time – we’ll be watching out for him in Melbourne.

Toolbox: Cooling from the Inside Out