One of the ‘men of the season’ was Garmin’s Irishman out of Birmingham, Dan Martin – with ‘solid placings’ giving way to ‘big wins.’ Martin may ride for Ireland but was born in Birmingham in 1986 and followed the late Aldo Sassi’s maxim to the letter about how best to become a champion; ‘choose your parents carefully!’ PEZ recently caught up with the super talent.

Mum, Maria is Tour winner Stephen Roche’s big sister, whilst dad, Neil won the Fleche du Sud stage race in Luxembourg, the Lincoln Grand Prix and a stage in the Milk Race as an English amateur, grabbed the jersey of British national amateur champion and then rode as a pro in England for several seasons.

A young Dan won the British U23 road title in 2004 and by 2006 had won a stage in the Valle d’Aosta stage race in Italy – one of the world’s top ‘shop windows’ for cycling talent scouts.

The pro team talent scouts may have liked what they saw but not the British selectors who made a big mistake by ignoring Martin and letting him take up the nationality of his mother.

Jonathan Vaughters offered the youngster a spell in Argyle as a stagiaire – a pattern he’s worn ever since.

In 2008 he won the Route du Sud and Irish elite road championships; with 2009 the year of those ‘solid placings’ – 3rd in the Tour of the Med, 2nd in the Tour of Catalonia, 5th at Plouay and an excellent 8th at the Tour of Lombardy.

In addition, he finished his first Vuelta, a landmark in any young cyclist’s career.

But it was the 2010 that announced his arrival near the very top of the pro pecking order – a top 20 in Fleche-Wallonne, a Giro finish, a stage and the overall GC in the Tour of Poland plus wins in the Tre Valli Varesine and Japan Cup.

PEZ chatted to him as the carpenters hammered and sawed away in the background, working on the new timber floor of his Girona apartment. 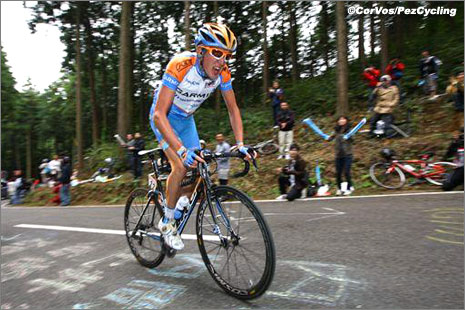 Martin alone en route to a sterling solo victory at the Japan Cup.

PEZ: You recently had an operation on your nose, Dan – how did it go?
Dan Martin: OK, it didn’t hurt, but the first op didn’t go to plan and they had to take me back in again because I was losing blood from an artery.

The second op healed quickly, though – I can breathe through my nose now, which I couldn’t do before, it’s difficult to say how that will impact upon how I perform; it certainly won’t cure my allergies.

I had two bouts of general anaesthetic which takes a bit of getting over; it’ll be six to eight weeks before I’m fully recovered.

PEZ: The allergies are why we see you at your best late season?
DM: Yes, I go best when there’s less pollen. I go well in February but March, April and May are when the pollen is around and I’m affected by it – that makes the Giro difficult but it’s just something I’ll have to deal with during my career. I always feel good at the end of the season. 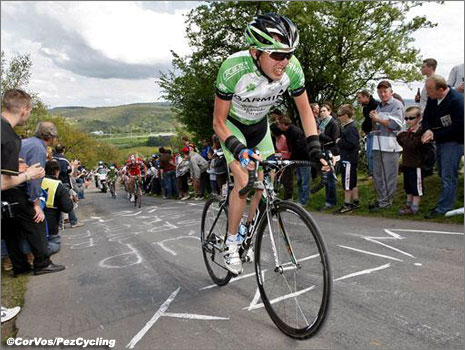 Spring allergies will always hold back Daniel a little bit in April and May, but there’s no question that he’ll be a contender in Classics like Liege-Bastogne-Liege in the future.

PEZ: The Tour of Poland – how did the responsibility of that yellow jersey feel?
DM: I can’t say it was comfortable but I had excellent team support, there were two of the guys beside me at all times and I thought we could do it.

That win took the pressure of wondering if I could achieve a Pro Tour win off my shoulders – and to win a stage was a bonus.

It wasn’t just the racing aspect; as yellow jersey, I was the last person to lay a wreath when we visited Auschwitz – that was a very moving experience. 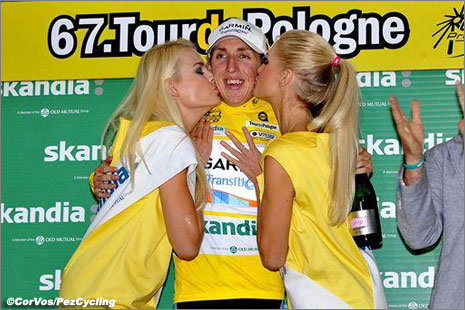 In yellow at the Tour of Poland.

PEZ: Tre Valli Varesine, a nice race to win.
DM: That was a bit of a surprise, I felt horrible from the start but got better as the day went on, I was lucky, that was one of those races where it went my way; I ignored the wrong moves and got with the right ones.

I had form, strength and luck – it was an advantage too that Paolo Bettini was using it as a selection race, the Italians were all marking each other.

PEZ: And you were second in the Giro dell’Emilia.
DM: I should have won it but I made an error at the finish and Gesink beat me – I didn’t have the confidence; but it was the first time I’d ridden the course and I’ll know better next time.

And at the bottom of the last climb if you’d offered me second I’d have bitten your hand off!

PEZ: Lombardia, top ten last year, crashed out this year.
DM: I wasn’t disappointed, I was just happy to emerge relatively unscathed with no broken bones – I was able to ride to the feed.

I don’t have the build for the weather that day – I just don’t work properly when it’s as cold and wet as that. 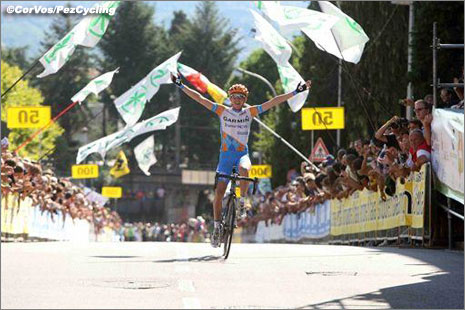 Dan Martin’s victory at the Tre Valle Varesine was impressive to say the least.

PEZ: The Japan Cup – a big deal out there, I believe?
DM: Massive – the fans are incredible; it was such a pleasure to ride there.

It’s a 20 hour flight but the enthusiasm and gratitude of the fans once you’re there makes it worthwhile.

The noise and enthusiasm of the fans on the climb when I was solo was just incredible.

PEZ: Last year you did the Vuelta, this year the Giro, how do they compare?
DM: It’s hard to compare, I’m a year older and stronger but whilst I was tired after the Giro, I was destroyed after the Vuelta!

The allergy medications make the Giro a hard race for me and I had to do a lot of work for the team, we had Tyler Farrar to set up for sprints.

But a lot of the older, more experienced guys were saying it’s the hardest Grand Tour they’ve ever ridden.

PEZ: A top 20 in Fleche-Wallonne this year – are the Ardennes races a target for 2011?
DM: For sure! I’m sure that my breathing being better will help me; and I really enjoy those races – there’s a fantastic atmosphere, especially if you’re in the front group.

I’m thinking about the Ardennes races and the Tour of the Basque Country already. 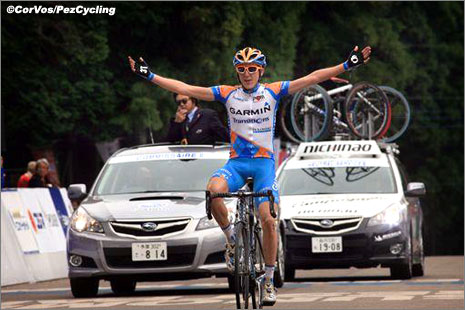 Victory at the Japan Cup was a fine way to finish out the year.

PEZ: How’s the training going?
DM: I had two weeks off after the operations but I’m back on the bike now – it’s sunny and dry here in Gerona, ideal weather for the bike.

But my coach is a big believer in the gym to build core strength – I go three times each week; mentally it’s good because it means you don’t have to do so much specific big gear work on the bike.

PEZ: Thoughts on the Garmin/Cervelo merger?
DM: I think we have one of the strongest classics teams there is and I fell privileged to be part of it.

It’ll be hard to make teams for races; but once you’re on the race you’ll be part of one of the strongest classics teams in the world.

In ’08 when we started the team was just developing but now we’re one of the best.

PEZ: Have you got the new goodies yet?
DM: It’s like being a kid at Christmas! I’m enjoying just looking at the new bike – but you don’t test them properly until you’re in a race situation.

PEZ: Do you know your programme, yet?
DM: I think it will be similar to 2010; I’ve exchanged a few emails with the team about it.

My first peak will be for the Ardennes and Basque Country; I was going to start with the Tour of the Med – but there’s uncertainty now about whether that will take place.

PEZ: And Girona is home all year round?
DM: For sure, I live hear all the time – I’m having my parents over for Xmas.

I want to make a life here, I speak Spanish but it’s not much good here – they all speak in Catalan, I’m trying to learn, albeit that it’s useless in the rest of Spain.

My dad has a bike here so we’ll get out on Xmas day – it makes you feel like you’ve got one over on the others!