Paris-Roubaix has a lot to answer for, not just in terms of broken hearts and equipment, but for the ‘so and so’s answer to Paris – Roubaix’ imitation races it has spawned; Italy has the Eroica, Britain has the Rutland, the US has Battenkill, France has the Tro Bro Leon – but there’s a race in Denmark which has been around as a professional event longer than any of the others.

The Grand Prix Herning (formerly GP Midtbank) was first held in 1992, when home rider Claus Michael Moller won; in 1994 it was regular Pez pundit, Brian Smith (Scotland & Motorola) who took the flowers and Denmark’s own Bjarne Riis made himself ‘record man’ with a hat from ’96 to ’98.

This year’s winner was world scratch champion and six day star, Alex Rasmussen (Denmark & Saxo Bank) and it did him no harm to have compatriot and ’03 & ’04 winner Frank Hoj, in his well drilled Saxo squad. Alex kindly took time out to talk to Pez about his win.

PEZ: Nice result at Herning, Alex.
Thank you, I was looking forward to that race, the gravel favours big riders who have a lot of power. There are 16 sections of gravel, around 30 kilometres, a couple of hills, but nothing to to talk about; you have to be at the front when you hit the gravel, we tried to make sure that the team was at the front on every off road section, dictating the pace. 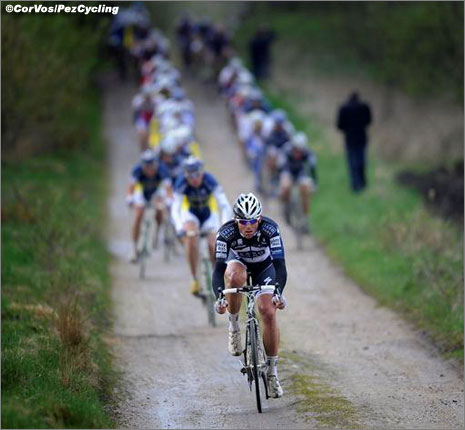 PEZ: Your second road win of the year – a long way from that time trial in the Ruta del Sol.
My time trialling has always been pretty good but I’m much stronger, this year.

PEZ: Tell us about the Worlds scratch.
I had a very good day, that day, I felt strong and just kept attacking until I got clear; it was a nice win but the road wins mean much more to the team and to Bjarne Riis.

PEZ: And what about ‘that’ hand position.
Basically it’s all about comfort, some track riders hook their wrists around the tops of the bars but I can’t get comfortable like that. I tried the position in training and it worked well, my whole body just felt so much more relaxed on the bike – I even did interval training with my hands like that, to test it.

PEZ: Losing the madison must have been disappointing.
The Australians were the strongest, but I think we were worth a medal; we were disappointed not to get one. We were very keen to do a good ride and I think we showed too much, too early – maybe we should have been cooler in the beginning. At the end, we tried to gain a lap but by then we’d run out of steam. 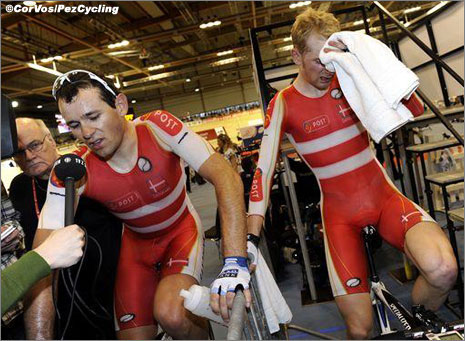 PEZ: No team pursuit, this year.
It takes at least two weeks of special preparation for the team pursuit and in that time your endurance suffers – we decided to concentrate on the two events we thought we could win. You feel that your endurance has suffered even taking one week to do track training.

PEZ: Rumour is that you will ride no more six days?
No, we’ll still be riding five or six this winter – Bjarne thinks it’s a good idea and financially it’s good for us. However, we won’t be riding the track Worlds for the next couple of years. 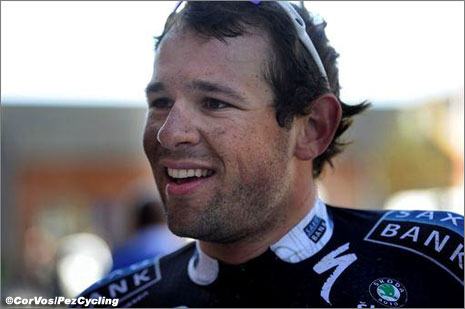 PEZ: What about London 2012?
I hope to be there, it’s a different time of the year from the Worlds – which clash with the Spring Classics.

PEZ: You’re keen to ride the cobbled classics, but not in 2010?
No, I didn’t ride them – but I prepared specifically for the GP Herning, I knew it suited me and that I could win it – it’s a race that’s all about power. 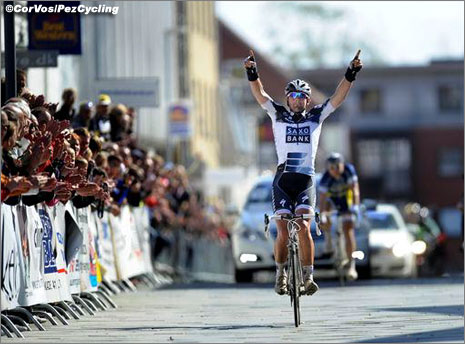 PEZ: Your second season in Pro Tour, how does it compare to ’09?
I feel much less nervous, at the start I’m not thinking, “I just don’t want to get dropped, today!” now, there are days when I’m thinking, “maybe I could win this?”

PEZ: You’re looking slimmer these days.
It’s something I’ve focussed on, but if I lost another five kilos with the power I have, it would make me an even better rider – at the moment, I’m the heaviest rider in the team. For me, a lot of racing is the best way to get my weight down; I’m not so good at training – I tend to get distracted. Short stage races are ideal for me. 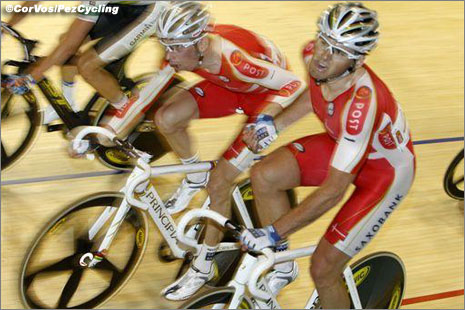 PEZ: What is your programme?
I have the Dunkirk Four Day, then a training camp in Monaco with Brad McGee, after that it’s the Bayern Rundfahrt and Tour of Luxembourg and finally the Ster Elektrotoer. All of theses races are four or five days, which suits me perfectly.

PEZ: And how is Bjarne’s search for a 2010 sponsor going?
I’ve just heard that he’s talking to a potential big sponsor in a week or two – he’s missing the opening weekend of the Giro to attend, so it must be serious.

PEZ: What else do you want from 2010?
I’ve had two road wins, so already it’s a good year – I have more confidence, now and hope to achieve more wins before the end of the season. I want to improve my time trialling and stage race riding – before I had a tendency to get dropped on the hardest stage, I don’t want that to happen anymore.