Whilst we recover from one of the best Giros in years, it’s easy to forget that there were other races being fought out across Europe at the same time. One of those races was in fact won by a talented, young ‘Anglo,’ FdJ’s Wesley Sulzberger.

The GP Plumelec-Morbihan has been around in one form or another for nearly 40 years; originally the big French riders dominated – Talbourdet, Alban, Fignon, Duclosse. But more recently the likes of Museeuw and Wust have triumphed in this hilly corner of Brittany.

Plumelec isn’t a big town, just 2,500 souls, but it’s where stage one of the 2008 Tour finished and it’s bike race ‘heartland.’ Brittany is France’s answer to Flanders; tough, hard working and French isn’t the favourite language – Breton is widly spoken in the region. ‘Pluveleg’ – to use the Breton language – has had an Aussie winner before; Simon Gerrans in 2007.

And now, this year’s winner, all the way from Launceston, Tasmania – F des J’s Wez Sulzberger. 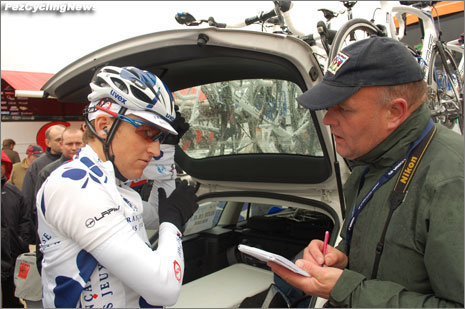 Ed chats with Wes at the 2009 Gent-Wevelgem before the start.

PEZ: GP Plumelec-Morbihan is a 1.1; that’s a nice result, will it get you a pay raise ?
No, but my team does bonuses for results in races; and it helps my chances for a Tour de France start.

PEZ: Brittany is the ‘heartland’ – what were the crowds and organisation like ?
The race was really well organised and people lined the streets cheering us all on even though it was drizzling with rain most of the race. The crowd was great on the climb to the finish line, they where scattered onto the road and left a small passage for me to go through.

PEZ: What are the parcours like – that’s a tough area to race in.
The area was quite hilly, it suited me perfectly; the course reminded me of the current Australian Nationals circuit. 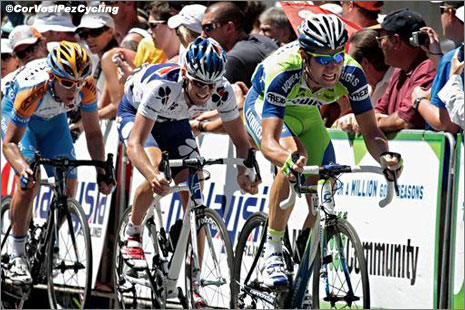 PEZ: You won solo, how did the race break down, was it a particular target for you ?
I went into the race with two training camps under the belt and was little worried of being tired for the it. I had spoken to a few people about the race and they said it would suit me well; I was hoping to race well for T de F selection.

PEZ: How do you rate this ride among your performances so far ?
It was pretty good feeling riding away solo with 20km to finish. But my best performance still would be the worlds in Mendrisio riding the front for Cadel.

PEZ: What sort of a rider are you, what are your strengths ?
I’m a good all rounder, I can climb well and make good selections to go in break aways. If there is group of 5-10 guys in the break I would back myself in a sprint. My sprint isn’t super fast but my power at the end of a race is the same as the start of the race. 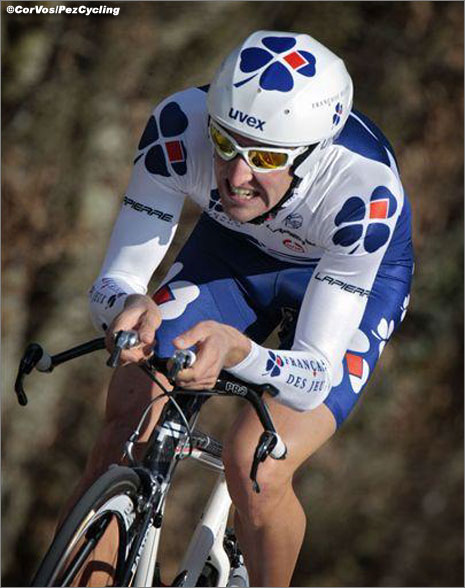 PEZ: Where are you based in France – and how’s the lingo ?
I was based in Beausoleil last year on the border of Monaco. This year I have jumped the border and living in Monaco; I’m slowly picking up the lingo. There are a lot of Aussies here, Matt Goss, Ritchie Porte, Mark Renshaw,Simon Gerrans, Baden Cooke, Stuart O’Grady.

PEZ: The French teams seem to have been revitalised in 2010 – why do you think that is ?
I think after the crappy winter everyone had in europe it put all riders on even starting ground. The guys that live in warm parts of Spain couldn’t train because the weather was terrible across all of Europe. 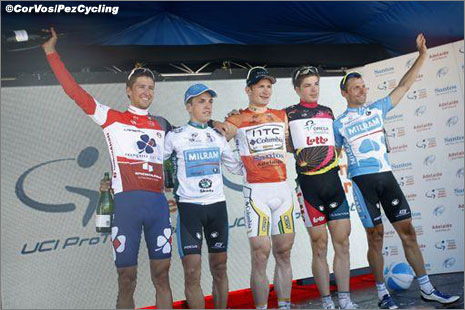 PEZ: You rode the Vuelta last year, was it what you expected ?
The race was perfect Grand Tour to start with, it was everything I’d exepected. I had gastro the first week and rode three days eating boiled rice and water; that wasn’t fun at all! But I knew if I finished the Vuelta I would start the worlds in Mendrisio so there was no way I was pulling out of the race. 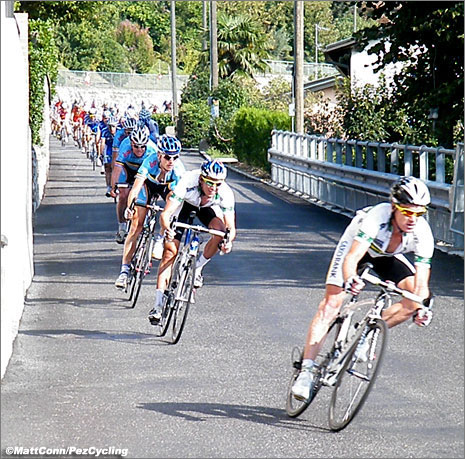 Sulzberger confesses that last year’s Worlds was his best performance ever.

PEZ: Is a Tour ride a possibility in 2010 ?
Very much so, I really have been working hard. I did three weeks at altitude with Christophe Le Mevel in Tignes making sure I was in tip top condition for Plumelec and Suisse.

PEZ: Is Francaise des Jeux looking solid for 2011 ?
The team is looking well and has possibility to sign on a co-sponsor giving the team some more cash. 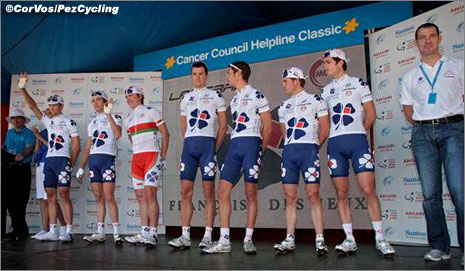 PEZ: The Worlds in Australia – a big goal ?
Yes, It was great to be part of it last year; I loved the feeling of being part of something special.

PEZ: Which question do you wish journos would ask, but don’t ?
How many holes in a crumpet? haha sorry I can’t think of anything. 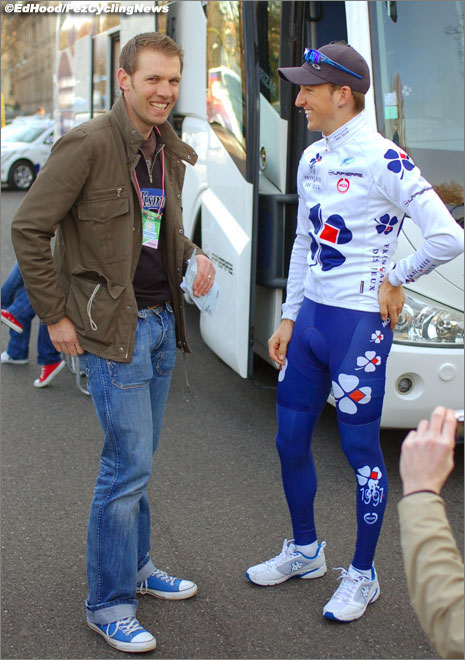 PEZ: Matt Goss says that the only suitable beer for a Tasmanian to drink is James Boag’s – is this true and how do you get supplies to France ?
That is 100% true; Gossy ordered some from the UK this year – but it was around 80 Euros a case, though!

***
With thanks to Wes and to Matt for organising contact with Wes – we wish the F des J man every success in his bid for Tour selection.

Giro di Pez: All Aboard The Saxo Bus!