To finish 7th on GC in the Tour of Utah isn’t a bad result by anyone’s standard; but for an 18 year-old on restricted gears? – we thought it was pretty impressive too. Australia’s Lachlan Morton was spotted and recruited to Holowesko Partners by Jonathan Vaughters at the US junior Nationals in 2009…and 2010 ended up being a year to remember. PEZ recently caught up with the young talent.

The youngster gave notice of his 2010 form in Canada’s Tour de l’Abitibi in the weeks prior to Utah – Abitibi is probably the premier junior stage race in the world and a round of the UCI World Cup with past winners including Tyler Farrar, Taylor Phinney, Laurent Jalabert and Alex Steida.

Morton won the time trial stage, a road stage and the overall GC in the Canadian race. 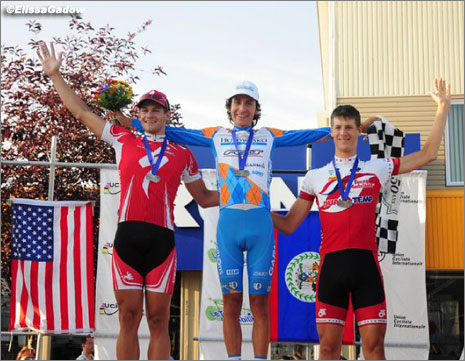 The top of the podium at the Tour de l’Abitibi for Lachlan Morton.

We caught up with the Australian protege enjoying some ‘down’ time at home in Port Macquarie, New South Wales before he travels back to the US for the new season

PEZ: You started cycling at seven, what are your earliest memories of racing ?
Lachlan Morton: Well, I got an old road bike when dad put me off go-cart racing for another year. I watched my brother ride the local club race for two weeks then decided I would give it a crack. I’d head over to racing with my mate after soccer on Saturdays, knees and elbows still dirty. I had a better sprint back then and we would finish off the old boys in the bunch kick.

PEZ: Then you were a triathlete ’til you were 12 ? – why go to cycling ?
LM: Cycling really came first but when I started tri’s I loved them also. I loved the ride and run, not so much the swim. I’d come out of the water down the back, ride through the bunch and hold on in the run. I just hated swimming and refused to train for it so I announced my triathlon retirement to my family at the ripe age of 12. I still have more triathlete friends than bike friends, though. 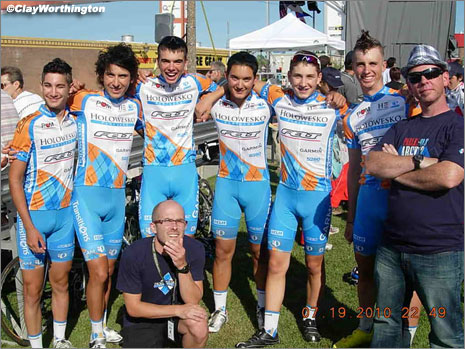 PEZ: Australia to the USA – how much of a culture shock ?
LM: It’s strange because there’s a lot that’s the same but with a slight American twist. I’ve been going to the USA for six years now so I guess I don’t notice it so much any more. But generally speaking I find the community in Boulder at least, more welcoming. Although the ‘more is better’ attitude is definitely more prevalent, in Walmart at least. But I think the biggest shock coming home is how similar they are becoming. I saw a ‘Costco coming soon’ sign in Sydney the other day!

PEZ: Do you ever stop and think, ‘it’s all happening too fast ?”
LM: Um, not really, at the moment I’m surrounded by such a good group of people that it all seems a controlled progression to me. If you had asked me last year this time just coming out of school, about to catch a plane to the USA to my first training camp I would have said ‘yes’ for sure. But having no pressure on me from the team and solid advice to guide me makes it pretty easy really. I was ready to come home and just hang out a bit at the end of the year though, so I rented a granny flat in my local town above an old surf shop and have just been hanging out for the last few months which has been important.

PEZ: 7th in the Tour of Utah – quite a ride, tell us about it, please.
LM: I went into it just looking for experience but also knowing I was riding pretty well. After the first few days I was positioned well for the overall and the team really got behind me, which was cool. But riding up the final climb when there were about five left with Levi and Mancebo being two of them is something I won’t forget quickly. It’s a result that gives me confidence for the future but I know there is still a long way to the level of those top guys 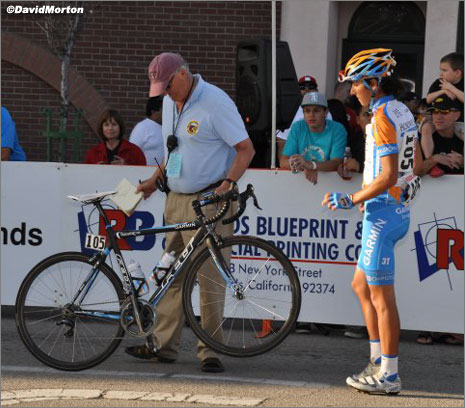 The junior gear restrictions won’t be a problem for Morton anymore. At the ripe old racing age of 19, he’s graduating to whatever gear he feels like.

PEZ: What about that 52 x 14 top gear when Levi and the rest are on 53 x 11 ?
LM: Yeah that was frustrating all year long. At the Tour of Gila I was pedalled off the back on a couple of the descents which was incredibly annoying! It basically meant just make the most of the up hills and hang on for dear life on the down hills.

PEZ: Utah apart, which ride are you happiest with in 2010 ?
LM: For me, even though its a small race in the scheme of things, probably winning the Colorado open tt State title. I remember coming to the USA when I was 12 and watching those guys ride a tt and thinking “how is that possible, no one can ride that fast”. I went out to it just with my dad and sister so it felt like a junior race again. I guess coming out and winning that race kind of made me think how far I’ve come and gave me a feeling that it was all finally coming together. 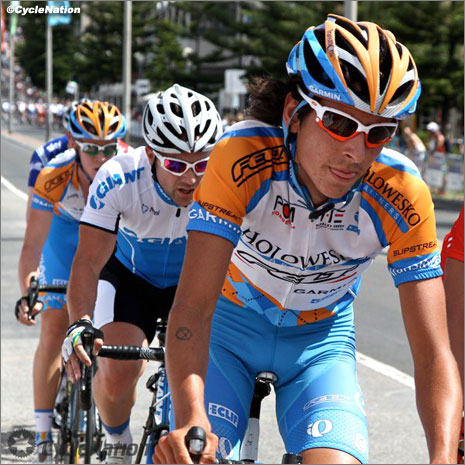 PEZ: You rode a strong TT in Utah, is that an aspect you’ll be seeking to develop?
LM: Definitely, I’ve always been strong in the tt but in the last few years I hadn’t really done too much on it. This year I just pulled some tt form from nowhere and won four tt’s in four weeks which was crazy to me! I think with more work I can definitely improve.

PEZ: Did you get to the Junior Worlds ?
LM: Unfortunately not; I was in contact with the Aussie Federation but because I was at the Tour of Gila and not the Aussie Nationals; I guess they figured they didn’t want me in the team. It was a shame as my form was really good at the time and I had beaten Lawson Craddock in a TT just before he went to Worlds, but maybe I need to go faster next time?

PEZ: Who’s your mentor at Holowesko ?
LM: This year Alex Howes was great for me, he was super welcoming and we got on really well. He was also my next door neighbour which was cool. He’s pretty laid back and has a good focus on the bigger picture which is super important to me so I learnt heaps from him. 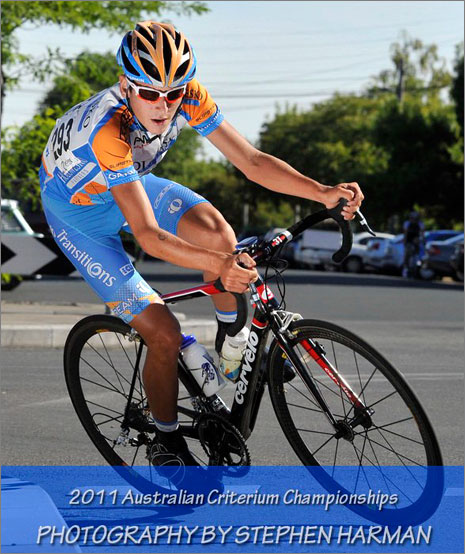 PEZ: Biggest lessons learned in 2010 ?
LM: Remember riding a bike for a living is a privilege, not a job and that just because someone is a better bike rider doesn’t make them a better person.(strangely, a surprise to some)

PEZ: What are your strengths as a rider ?
LM: Riding up hill and dropping the wheel in crits

PEZ: And what do you need to work on ?
LM: Speed, accelerating and crosswinds – and I don’t have heaps of fun in the gutter

PEZ: What’s your race programme for 2011 ?
LM: I’ll start with the Tour of Langkawi and then split my time between Europe and the US with races like the Olympia Tour, Gila, Utah, Circuit Montanes on the cards; but I’m sure it will chop and change as the season goes 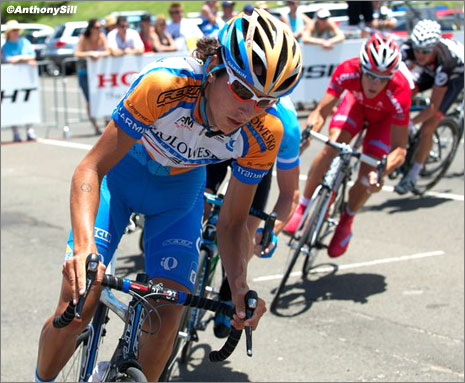 PEZ: What are your goals for 2011 ?
LM: Being more consistent, but again just looking for experience. It’s hard to set specific goals when I haven’t done lots of the races, but a win in there somewhere would be nice.

PEZ: What are you doing for Christmas ?
LM: Pretty low key with my brother and sister, breakfast at the beach and a couple of beers at some friend’s BBQ was the talk. However Christmas Eve in Port Macquarie is the biggest night of the year so I can’t rule anything out!