It was a bitter/sweet US Pro Criterium Championship in Grand Rapids, Michigan for Brad Huff, who was second for the second year, beaten by his friend, but rival on the US crit scene, Ken Hanson of Kelly Benefits. This year, however, has been a great one for the Missouri-native; Ed Hood recently caught up with the six-time winner in 2012.

Despite his ‘roadman sprinter’ tag, Huff’s roots are on the track.

He was US madison champion in 2004 and the following year added the US individual pursuit championship to his palmares, not to mention a bronze medal in the Pan Am Championships in the same discipline.

He won the US amateur criterium championship during that 2005 season, taking out the professional version of the same race the following year in the colors of TIAA CREFF.

That year he also ventured across the Atlantic with Jonathan Vaughters’ fledgling squad and won a stage in the tough Tour of Normandy, holding the leader’s jersey for several stages. 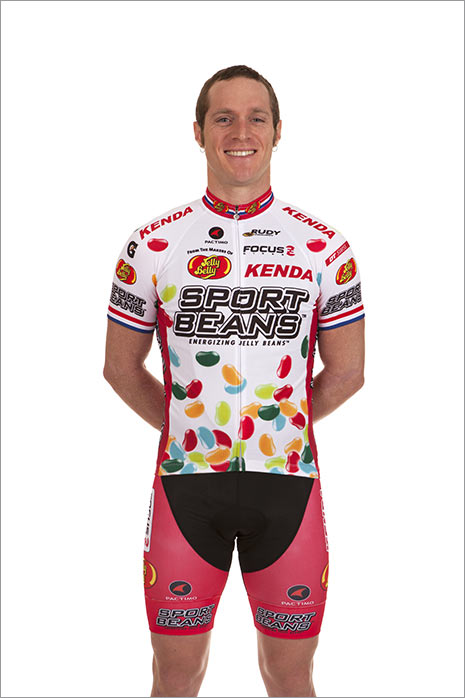 On the track the US madison and team pursuit championships went his way.

For 2007 CREF became Slipstream and Huff had a strong year on the track, taking a gold medal in the US team pursuit and two in the Pan Am championships, namely in the omnium and madison with Colby Pearce.

He also stood on the podium at the World Championships, taking bronze in the omnium.

Whilst he was a member of the winning quartet in the team pursuit, his direction had changed for 2008. He was with Jelly Belly and concentrating on the road, taking double stage wins in the UCI Tour of Hainan.

Still with the candy company the programme was largely domestic for 2009 with five wins.

In 2010 he had another strong year domestically but also took another stage in Hainan.

Last season saw another good year domestically and also strong finishes in the Tour of Taihu in China, but no stage wins.

It’s however a feat he did achieve the Canadian Tour of the Delta – and that near miss silver medal in the US Elite Criterium Championships.

PEZ spoke to him a few days after his silver medal ride.

PEZ: Second again, Brad?
Brad Huff: Yeah, I have to be happy, but it’s bitter/sweet – I was beaten by a friend and received great support from my team.

It came down to a field sprint, after 66 laps, 80 kilometres – the early part of the race wasn’t really animated but the last 20 were really aggressive.

It was a hot day, not really hot – but the field definitely thinned out as the race came into those last 20 laps.

I received tons off help from my team – the climbers and time trial riders in the early part with Jeremy Powers instrumental in getting me up there at the end.

Hanson had one lead out guy left at the end and he jumped inside him on the barriers, I had to go the long way round them in the wind and he had a little more momentum than I did. 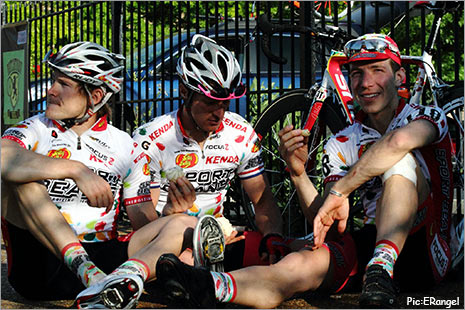 PEZ: And that ride takes you to number one in the US pro crit rankings.
BH: I was surprised to see that – whilst I do hold myself as a phenomenal crit rider – I haven’t ridden the full circuit, this year.

I’ve been away with the team in Taiwan and Korea, so missed out when I was away.

PEZ: It’s been a good year for you.
BH: I’ve won at the Tour de Grove, Dana Point, Nature Valley and Tour of Saint Lawrence – it’s been a great season.

I think riding the six days in Bremen and Berlin, during the winter were an excellent start to my preparation.

I was maybe over my head but it gave me a serious level to start from.

But I also lost out when I crashed in Taiwan; I separated the AC joint in my shoulder.

PEZ: What do you put your good results down to?
BH: I’ve been doing more motor pacing in my training – concentrating on quality.

But I can’t over play the role of my team mates – Jeremy Powers has been selfless and Sergio Hernandez played a big part in the Dana Point win.

PEZ: Your motivation is patently very high.
BH: A lot of that is due to the support system I have around me – my wife, my team mates give me a great deal of encouragement. 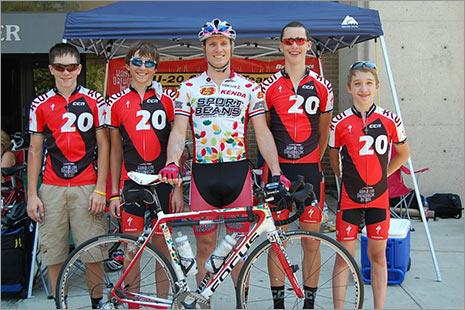 PEZ: Jelly Belly is pretty cosmo, this year.
BH: We have US guys like Jeremy – but yes, we have riders from all over.

Nic Hamilton is from Canada, Riccardo van der Velde is from The Netherlands and Christiaan Kriek is from South Africa.

For the younger guys on the team this season is as much about learning as performance.

PEZ: On the subject of ‘cosmo’ – you were sixth in Tour of Korea.
BH: And if things had gone my way just a little bit more, I could have finished higher.

It was a good result for me because it came at the beginning of the year and I hadn’t ridden any stage races before it.

It wasn’t as hilly as it has been – so that was in my favor.

Korea was good, but Taiwan wasn’t so good – that’s where I crashed separated my AC joint.

A neutral car stopped right in front of me – what was worse, the driver checked the damage to the car before he even looked at me.

I had a few words with that guy!

PEZ: What’s next?
BH: We have the Tour of Elk Grove then we head East for the Tour of Hokaido, Japan Cup and Tour of Haiku Lake.

I think a lot of people would be surprised by the standard in Asia; Lotto-Belisol signed one of the Iranians for this season – they’re very strong.

I‘d like to have ridden Qinghai, this year – it was decided on bonuses, rather than on the climbs.

It’s a bit frustrating, the years I rode it the race was very hilly – I remember making the time cut by 20 seconds, once.

But whilst Qinghai was taking place, Jeremy Powers was organizing his ‘Fundo’ ride – he has about 300 riders taking part and the funds raised go back into local cycling.

As the name suggests – it’s a lot of fun and it was great to be involved.

PEZ: Do Jelly Belly do Utah and Colorado?
BH: We weren’t selected for them, no.

It affects the team, obviously those races are big show cases – they’re a huge opportunity; maybe next year?

We’ll be filling the gaps in our Asian programme with good local races – the Gateway Cup series in Saint Louis is coming up, for example.

PEZ: And will you be back on those EuroBoards, this winter?
BH: I haven’t thought about it that much yet, but I good place to start would be at the US Track Nationals in the autumn – we’ll see how those go first . . .