Fabian Cancellara was twice world junior time trial champion; this young man we’re about to talk to has twice made the podium in that event – here’s what Lawson Craddock had to say to PEZ about his bronze medal and season 2010.

PEZ: One second from silver, ouch !
One second is definitely hard to swallow, but it didn’t hurt nearly as much as losing out on being the World Time Trial Champion last year in Moscow by 2.2 seconds.

I went into the time trial racing to win and did the best I could do, so I am not disappointed in my result. 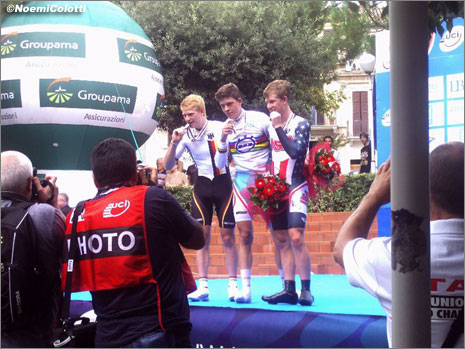 PEZ: Jungels won by a half minute, pretty impressive ?
I’ve been racing against Jungels ever since the Junior Paris-Roubaix in April. He’s been extremely strong and consistent all year long, so I knew that going into the race he would be someone to watch out for.

I don’t think the course suited me 100% while I think it was an almost perfect course for Jungels. I had a good time gap going into the four kilometer climb, but by the top of it Jungels had brought it back and put a few more seconds into me. I just fought through the pain for the 12 kilometers rest of hilly course, but couldn’t bring back any time and was able to slip into third place when I crossed the finish line. 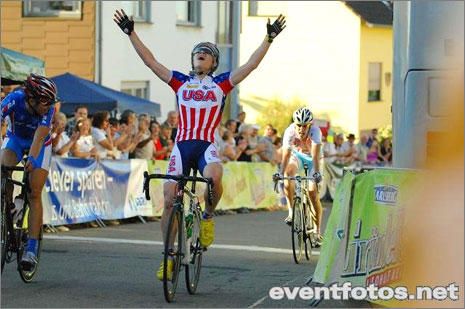 PEZ: How did you build up for the Worlds ?
Before I left for Worlds, I spent the previous two weeks training with my dad, Tom Craddock, back home in Houston, TX. I then did a UCI 2.1 Stage Race in Belgium called Liege-La Gleize with the Junior National Team. It was a great race that really helped me gain some important fitness before my season long goal. I also had great advice from my coach, David Wenger, on how to ride the course to get the best result possible for me. 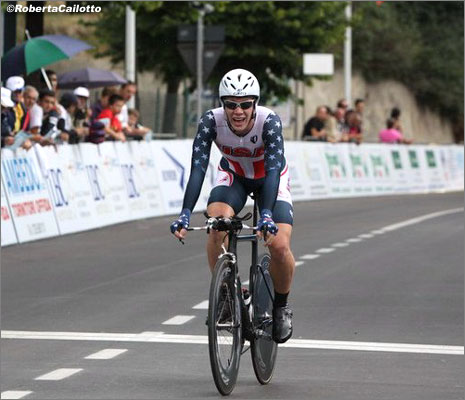 PEZ: Do you have a coach/mentor ?
I have many! My formal coach is David Wenger of Durata Training. Over the past two and half years David has kept a close watch on me, and has spent a lot of time working on training plans and much more for me. I also have my Hot Tubes team director, Toby Stanton, to thank. He’s supported me over the past two years since I joined the team. There is also Benjamin Sharp, the Junior National Team Director; he’s been a great mentor for me over the past two and a half years. I also have to thank P.J. Rabice from Road ID for helping me all throughout this year.

The people that I have to thank most though have got to be my family. Ever since I started cycling at the age of 10 they have supported me in all that I’ve done, and without them there is no way I could possibly be at this level! 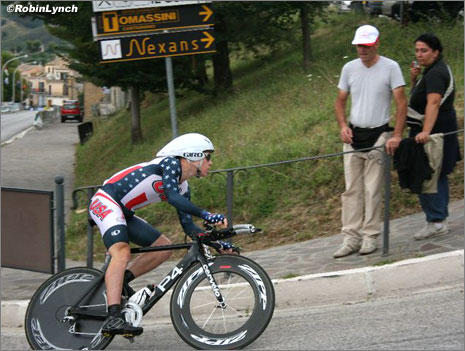 PEZ: It must have been difficult to train for the road race and time trial ?
It is definitely difficult to try and train for multiple disciplines such as time trialing and climbing, but I have complete faith in David about my training plans. He listens to what I want for myself such as goals, and makes sure that I go into these races with the right training and fitness.

PEZ: You’re triple US junior champ – TT, road and criterium; how did you achieve that ?
I’m ecstatic with how this year’s National Championships turned out. I can’t really see how it could have gone any better!

Everyone looked at me to put in a good race in the time trial, so I am happy that I was able to perform well in it.

For the crit, my main goal was to make the race as hard as it could be for the other riders. I was extremely aggressive all race, and with seven laps to go I found myself off the front solo. I just put my head down and used my time trialing skills to hold off the pack all the way to the finish.

For the road race my team, Hot Tubes, went in with a few cards to play. In the three racers that started for us (Anders Newbury, Austin Boswell, and myself), we had three potential winners of the race. We all took it easy for the first half while a group of about seven got up to three minutes up the road. Anders and I started attacking with about a lap and a half to go and I was able to eventually get off the front with Tanner Putt.

The two of us worked hard and we were able to make it up to the lead group with about seven miles to go. I countered an attack on the final climb and was able to hold everyone off for the win which completed the sweep!

The team rode great all weekend long and without their help there is no way I would have been up there on the top step of the podium. 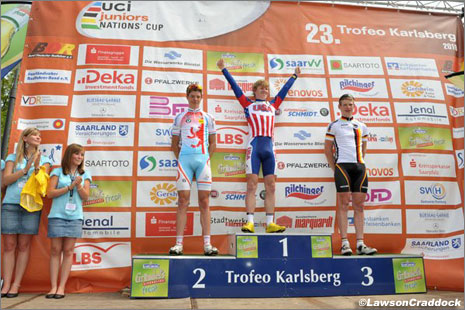 PEZ: You’ve had road success in Europe in 2010, tell us about it, please.
This year has been an amazing year. I started off the year by winning the prologue of the Ster van Zuid Limburg in Belgium a week before getting third place in the Junior Paris-Roubaix with the National Team.

About a month later I went back over to Europe with Hot Tubes where I was able to get second overall and a stage win in the UCI 2.1 Trophee Morbihan.

My next trip over to Europe was in early June with the National Team again. We competed in one of the toughest junior stage races in Europe, the UCI 2.1 Pays de Vaud in Switzerland I ended up winning the prologue and with the help of the team we were able to defend the lead over the next few days where I was able to get 3rd on one of the tough mountain stages and also a win in the time trial. Unfortunately, I cracked with five kilometers to go on the last stage and ended up losing the overall and dropped down to third overall, but still a great result!

We then went on to race the UCI Nations Cup Trofeo Karlsberg in Germany. The team rode great all weekend and with their help I was able to win the stage two road race along with the stage three time trial. We then were able to defend the lead all the way to the end and became the first team to win a Nations Cup race that wasn’t on North American soil. This also helped the US Junior National Team win the overall Nations Cup for the first time ever! 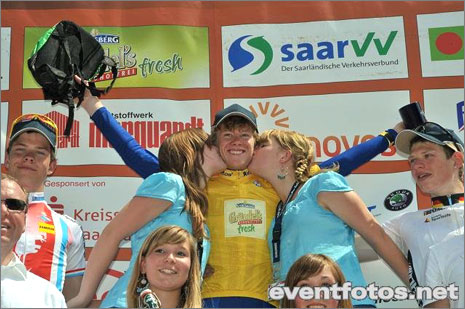 PEZ: Trek-Livestrong, is it as you expected ?
Basically ever since the team was started a few years ago, it has something that I wanted to someday take part in. From the fact that they are based out of Texas, but also to be part of something that is helping the fight against cancer is an aspect of the team that I am proud to be a part of!

PEZ: Is school/college still in the equation ?
After I get back from Europe I plan on moving up to Austin, Texas to enroll in Austin Community College. This is so I can continue my education, but also for better training. 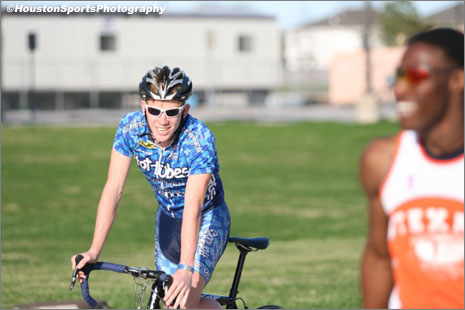 PEZ: What’s your ultimate cycling goal ?
My ultimate goal for cycling is to eventually make it to the ProTour. I think it is a realistic goal if I keep a head on my shoulders and my feet on the ground!

***
A young man who knows what he wants – the next Greg Lemond ?