The hype leading into a Grand Tour means that other races and results media exposure suffers – but one win which did catch our eye during this summer’s Grand Tour season was Kelly Benefits, US rider, Jesse Anthony’s victory in the UCI 2.2 Festningsrittet three day stage race in Norway. PEZ caught up with the talented young double threat – both on the road and in the mud of the cross season.

PEZ: A good result, Jesse.
Yeah, we didn’t go expecting to win but it was a nice race, Festningsrittet means ‘Fortress Race’ there was an old fortress on a hill in the centre of the start town and that’s where the name comes from. 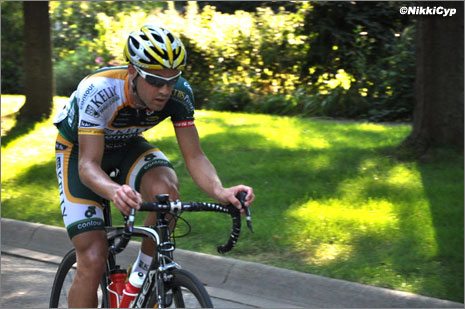 PEZ: ‘UCI 2.2’ what does that mean?
That means it’s a stage race, three days – 140, 197 and 170 K stages – and it’s contested by mainly Continental teams and a few amateur squads but there are no Pro Continental or Pro Tour teams.

PEZ: There were some pretty solid teams riding, though.
The Norwegian Joker-Bianchi team is where Boasson-Hagen came through, Glud & Marstrand from Denmark are strong and so too are the Jo Piels squad from the Netherlands; there was also the German national squad.

If you look at the results in Europe over the last few months you’ll see a lot of those who rode the race figuring in top placings.

PEZ: It was a close run thing.
I won on GC by three seconds, the timings were very close – I was second on the final two stages; we knew that it would be tight and that the result might even end up based on average stage placings, so we made sure I was up there.

What I liked was that there were no time bonuses – that favours the sprinters. 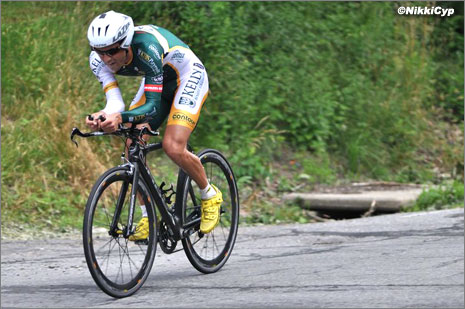 PEZ: Does this get you a wage rise?
I hope so! I’ve had a pretty solid season, not lots of wins but I was on the GC podium in the Tour of Korea and won a stage in the Tour du Luzon in the Philippines.

I was with Team Type 1 the last two seasons but was sick for much of 2009 so it was good to be back and getting results for Kelly.

PEZ: Is Europe where you’d really like to be?
Absolutely, it was good to take the trip; I haven’t raced on the road there since 2007 when I was with the Kodakgallery team.

If I got an offer from over there I’d be interested, for sure. 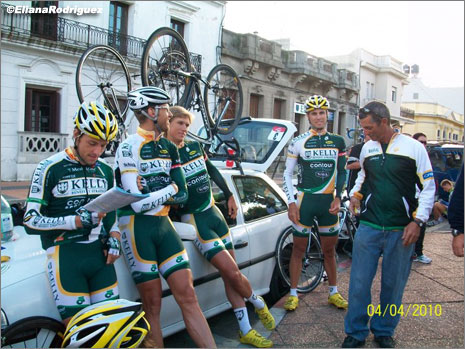 PEZ: Kelly rides a pretty cosmo programme.
The team realises that riding UCI races gives good exposure and the races tend to be harder and bigger which means it brings your level up.

Korea was probably the toughest race I’ve ridden – it’s not like riding against HTC where they let the break go then steadily bring it back to set it up for the sprint – there’s no control, it’s totally unorganised with attacks going everywhere.

Racing in the States tends to centre on criteriums; and even the stage races aren’t that long.

We don’t chase the NRC title in the US; our focus is on the big races – California, Philly and the PRO champs. 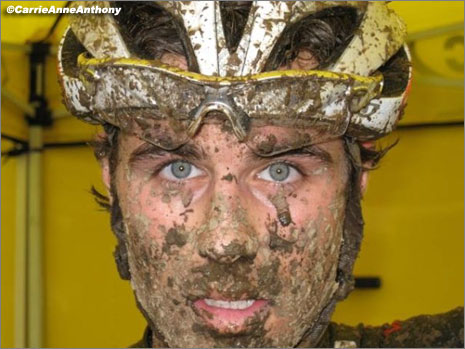 PEZ: You’ve been six times US ‘cross champion, with three straight wins in the U23 champs – is that behind you now?
I have a pretty good road contract and there comes a point when you have to choose which way you’re going to go.

It’s very tiring racing for ten months of the year and if you ride a big road programme you’re tired going into the crosses.

I love the crosses, I made my name in them and would hate to leave it behind but if you look at what the Euro guys do, they all prepare by riding the road; but it’s training for ‘cross, they’re not putting themselves under pressure to get results.

Sure, if they feel good then they’ll go for it, but the main focus is on the winter,

I think if I want to take the next step up on the road then I’ll have to at least shorten my ‘cross season. 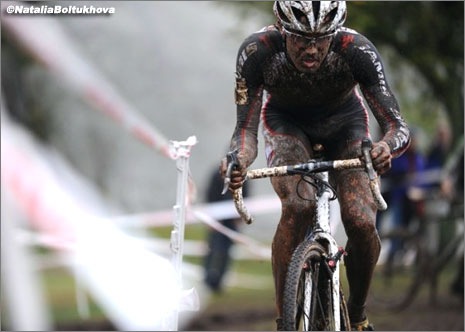 PEZ: Do you have a contract for 2011?
I hope so; it’s my first year with Kelly Benefits and I’m waiting to hear back.

It’s a good group of guys, the sponsor is good and so is the programme.

PEZ: What’s on your agenda, now?
I’m having a little down time then September 11th/12th we have Univest then it’s the US PRO champs and then straight to ‘Cross Vegas to start the cyclo-cross season.

PEZ: The ‘cross Worlds?
I’ve ridden the Worlds as a junior and U23 and would love to ride them again but by the finish of the US season at the end of December I’m usually pretty tired.

It’s hard to raise your game again to prepare for the Worlds.

But I’ll see how the Nationals go, first. 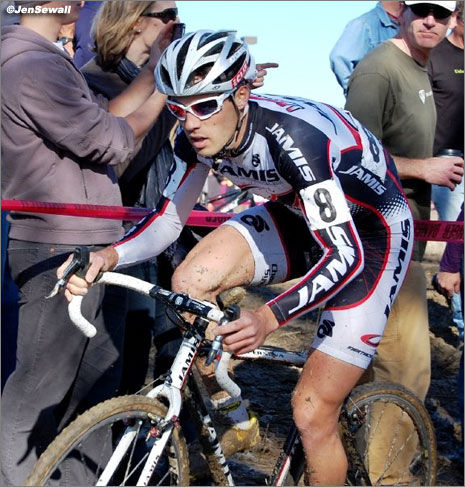 And I’ve been thinking about Europe a lot, this year.

PEZ: What do you need to work on, over the winter?
I need to improve my time trialling, it’s something I haven’t practiced because it’s so hard to fit in specific training during the season with travelling and racing, so winter and spring is the time to practice on the TT bike.

I can climb, but I lose more time than I should against the watch.

PEZ: What’s your ‘luxury’ in the off season?
It’s such a short time but I like to ski and spend time at home with my friends and family.

***
From the US PRO straight to the ‘crosses, the man is a glutton for punishment; with thanks to Jesse for his time – we wish him well for the rest of 2010.

Roadside PEZ: The Championship Of Flanders