The season total in Jack Bauer’s first year in Belgium was eight wins in Flanders; then we picked up on his great ride in the Southland Tour in New Zealand (2nd!) – but by the time we got hold of him, he had even topped that: It is with pleasure we bring you our first interview with the freshly crowned New Zealand Elite road race champion, Jack Bauer of Endura Racing.

It was Vik (who else?) first spotted the man; ‘there’s a New Zealand rider winning a lot of races for Kingsnorth Wheelers in Flanders just now, you should get hold of him!’ he told me, last summer. We duly tracked down Jack Bauer and have been keeping an eye on him and talking to him, ever since.

PEZ: New Zealand champ, wow! Congratulations, Jack.
Jack: Thanks Ed, it was a really hard race and I’m delighted to have won; I think it was 12 laps, with a decent climb every lap; it was survival of the strongest at the end, really.

On the last lap, there were four of us left; Julian Dean (former NZ Elite champion, currently with Garmin but formerly with US Postal, CSC and Credite Agricole – he rode the Giro, Tour and Vuelta in 2009 ) Hayden Roulston (another former NZ champion, ex Cofidis, Discovery, Cervelo and now with Columbia; he’s ridden the Tour de France and was an individual and team pursuit medallist at the Beijing Olympics) and an under 23 rider – Tom Findlay – who didn’t contest the sprint.

I felt pretty good on the last lap and decided to alter my usual sprint tactics and take last wheel; fortunately it worked and I came through in the left hand gutter just managing to nudge ahead at the line.

There didn’t seem to be any collusion between Julian and Hayden – it was every man for him self! 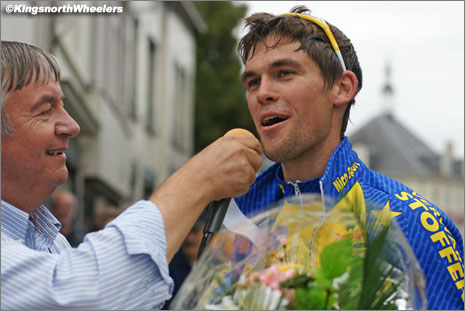 PEZ: Did your mum say; ‘you’re too skinny!’ when she first saw you after a season away in Europe?
Jack: No – I’m a pretty committed eater!

PEZ: How was the flight, home?
Jack: It was pretty bad; I was on the go for 60 hours, straight – with no hotel! I got home on the Monday night and on Saturday I was second in the New Zealand club championships, so I recovered pretty quickly.

PEZ: Missing those Flanders cobbles?
Jack: In a weird kind of way, yeah!

I was talking to Milram; eight wins in kermises is all very well, but they want guys that can do the team thing – ride 200 k, who have a track record as a climber and can survive a tough stage race. 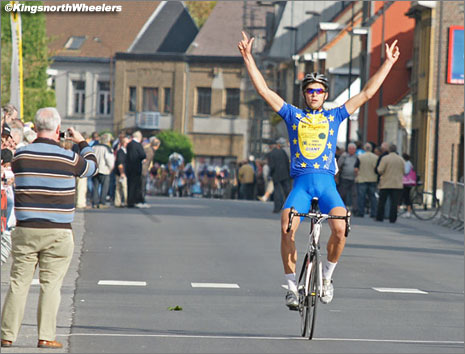 PEZ: Do you have an agent?
Jack: No, it was actually Endura Racing who contacted me, via Brian Smith.

PEZ: Do you know much about your new team mates?
Jack: Not really, with being out here for the winter; but I believe the core is made up of good British track riders?

PEZ: When are we going to see you at Endura’s home, in Bonnie Scotland?
Jack: Not for a bit; I’m riding the New Zealand track championships before I travel to Europe on 14th February.

I’ll miss the Tour of the Med but I’ll be riding Vaucluse, Haut Var and Murcia – then it’s the assault on the UK calendar, I guess! 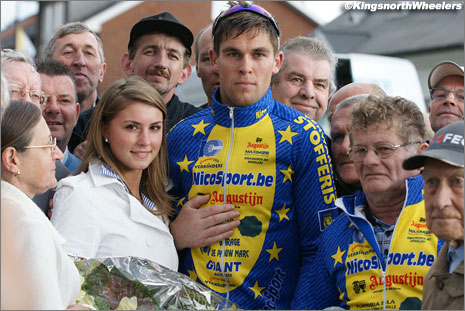 PEZ: The Powernet Tour of the Southland; it went well for you.
Jack: I was really happy with how it went; Heath Blackgrove won over all; but I won a stage, had a spell in yellow and finished second overall.

PEZ: I thought you couldn’t climb?
Jack: Yeah! I had good climbing form – I think it’s from all that time I’ve spent hammering along canal paths in Flanders. I surprised myself but I think it’s just down to seated power that I developed in Flanders; that transfers to climbing.

PEZ: Southland’s a big race in New Zealand.
Jack: It’s the premier race in New Zealand, it gets a lot of media attention and it’s certainly raised my profile. One of the main reasons I went to Belgium was to improve my riding so I could come home and show well in the Southland. I’d love to win it in 2010, but I don’t know if I’ll get a better chance than I did this year. 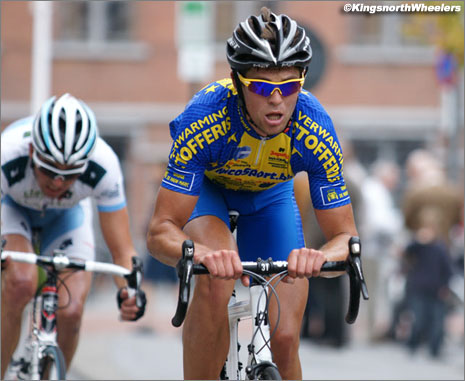 PEZ: You’ve had a full programme of NZ races, though the winter.
Jack: Yeah, the Southland was a big target and because of my ‘new found fame’ I got a lot of invites to races; and of course I wanted to carry my form through to the Nationals so I had to keep racing.

***
We’ll be hearing a lot more of Jack, if we’re any judge; with thanks and congratulations to a young man who has come a long way in a very short time. Congratulations too should go to Endura Racing on their first national Elite title.