Interview: Laura Kenny celebrated the birth of her first child a year after the Rio 2016 Games with husband Jason Within six months of the arrival of Albie, Kenny was back among the world’s elite – making her international comeback at the track World Championships. Performance psychologist, Jamir Qureshi, talks of the power of mental health in boosting sports performance.

Laura was speaking to support HSBC UK‘s People’s Peloton, which encourages the public to share messages of support with the Great Britain Cycling Team to drive them to victory during the UCI Road World Championships.

Laura Kenny is already a four-time Olympic champion but, following a life-changing period away from the velodrome, she believes victory in Tokyo would top the lot. The 27-year-old track cyclist celebrated the birth of her first child a year after the Rio 2016 Games with husband Jason, and the initial signs suggested she would ease back into the saddle. But within six months of the arrival of Albie, Kenny was back among the world’s elite – making her international comeback at the track World Championships.

She herself admits she was a long way from being the athlete that won team pursuit and omnium gold in Brazil, and 18 months on has only recently started to feel back to her best. While adapting to life as a parent has presented its own challenges for both Laura and Jason – who is Britain’s equal-highest Olympic gold medallist – she has had to overcome obstacles on the track which she claims would make glory taste even sweeter next summer.

“Success in Tokyo would probably be among my biggest achievements because I’ve never really had to come back from anything before,” said Kenny, speaking at the launch of HSBC UK People’s Peloton campaign. “I don’t like to call it a comeback because it’s not as if I’ve been injured or anything – it was a choice to have a child. But last year was the toughest I’ve had so far. There were a series of ups and downs because it isn’t as simple as getting on a bike and it being OK again. Aspects like rebuilding my core took a lot longer than I expected.”

“I came back quickly but not even nearly to a level I wanted to be at. I never expected to be there and even at the European Championships last year – which was my first real target – I felt terrible. Even though I won two gold medals, I wasn’t mentally or physically prepared and I felt like a fish out of water. Then, after slowly getting back into it in the World Cup season, I got ill at the World Championships which was difficult to take. But I’ve had a really good summer and have put all that aside now. I’m firmly focused on what I want to achieve in Tokyo.”

Kenny hopes to compete in three races at next summer’s Games in Japan, bidding to add Madison glory to her team pursuit and omnium tally. And with son Albie now a firm member of her supporters’ club on the road, Kenny explains how important her support network has been in adjusting to returning to competition.

“My life is completely different at this stage than it was before London or Rio. It’s a logistical nightmare, but I wouldn’t have it any other way,” added Kenny, who will call on the nation to share their messages of support – including social posts and videos – for British riders through a short launch video, ahead of the upcoming Road World Championships. We’re really lucky because both mine and Jason’s parents have retired and moved close to us, to help us with Albie.”

“They have to travel the world too, because if we’re both racing, he needs looking after. That support is essential and is going to be crucial in Tokyo. It’s going to be tough when we’re in the athletes’ village, and I imagine Jessica Ennis-Hill will be getting a phone call or two. She’s been incredibly supportive with helping me get back into the sport. I’m sacrificing a lot being away from Albie, so I’m eager to make the most of that time on the track, and I’ll certainly be looking to do that in Tokyo.”

Performance Psychologist Jamil Qureshi
Talent and fitness are generally considered the fundamentals to success in sport but performance psychologist Jamil Qureshi insists other factors are also crucial to an athlete’s credentials. Qureshi has a history of working with elite sportspeople and teams, including the European Ryder Cup team and footballers from Manchester United and Liverpool. During that time, he has recognised an increasing appreciation for the power of mental health in boosting sports performance, and he insists support at all levels can serve to give an athlete or team an extra edge.

Speaking at the launch of HSBC UK People’s Peloton campaign, Qureshi said: “Humans are a social species and we perform better when we are surrounded with the backing of others. Even in sports such as cycling, golf and Formula One – where it can come across as an individual sport – there’s often a huge team of people channelling their energy towards the same goal which is really important. That collective energy is crucial because success never happens in isolation. Networks compete against networks, regardless of whether that’s on a corporate level or at something like an Olympic Games.”

“The widest parameter of that is the influence of supporters, who play a crucial role in boosting peoples’ performances. That was evident during this summer’s Ashes series, when Ben Stokes led England to a miraculous third-test victory at Headingley. You could see his innings was reflective of the crowd’s energy, and vice versa. The game was almost won together and the significance of having a home crowd goes back to a primeval urge to defend territory. It can make a big difference. But support comes in so many guises now, and the ability to communicate through new technology such as social media means athletes can gain great strength from that support regardless of where they are in the world.”

While Qureshi outlines the advantages associated with channels such as Twitter and Facebook in providing support to sports stars, he warns there are also a number of dangers associated with mental well-being. He believes an emphasis on the aforementioned core network of people surrounding an athlete is crucial to maintaining performance in the modern age, as well as appropriate advice and management.

Qureshi was speaking ahead of this week’s UCI Road World Championships in North Yorkshire, outlining the importance about how the power of home support can help inspire athletes. “Mental and physical fitness work hand in hand, but I think athletes can be a lot more fragile than people realise,” he said.

“They can access thoughts, information and views from people that don’t necessarily communicate with them, and they look at them because they’re seeking clues on how to improve performance. But sometimes this leads to really bad experiences. People see athletes on TV, think they know them and feel free to comment, and it can be a slippery slope. If you were a footballer 20 or 30 years ago, you’d play on a Saturday and then go to the pub. But it’s looked at completely differently now and people can get caught up in things that impact performance.”

“It’s ever more important to have the right people around these athletes, including people who know about branding and protection to make sure they stay on track for their career development and sporting achievements.” 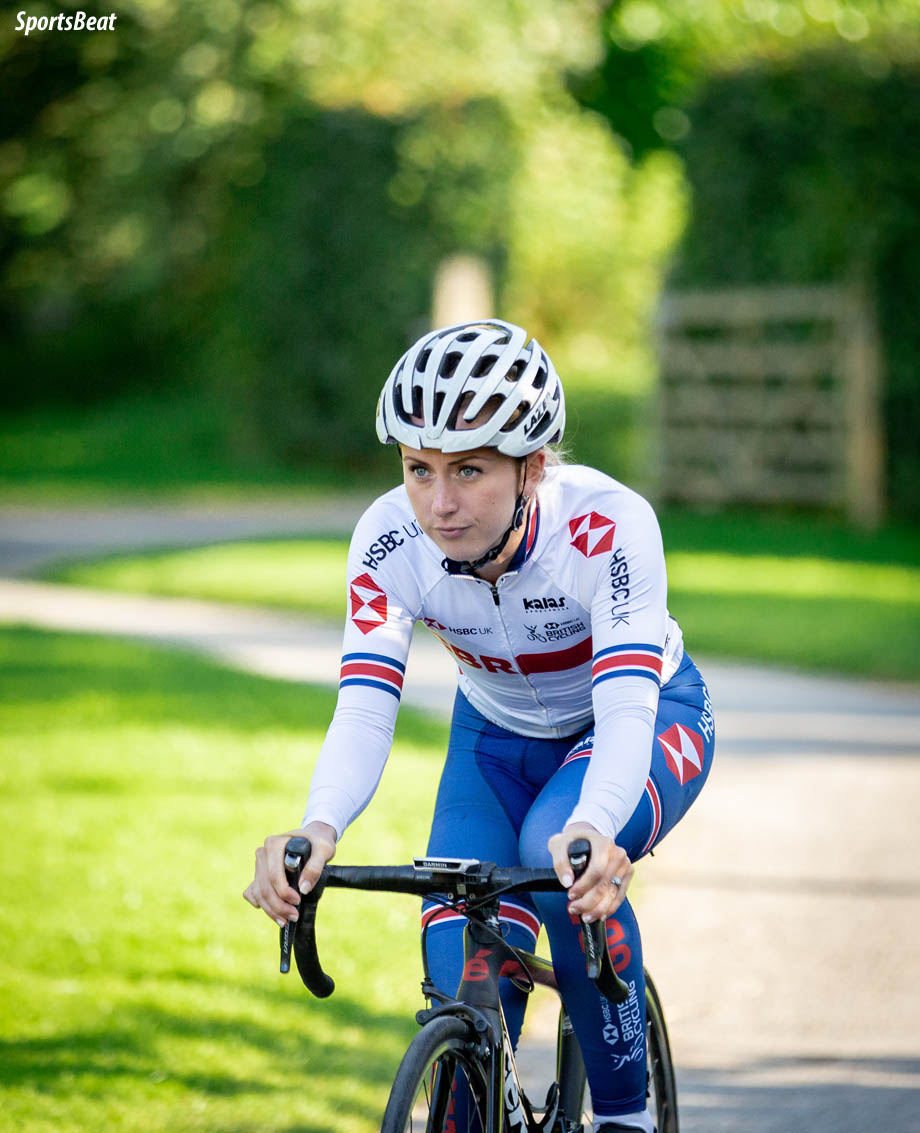 HSBC UK‘s People’s Peloton encourages the public to share messages of support with the Great Britain Cycling Team to drive them to victory during the UCI Road World Championships. The People’s Peloton video can be viewed here.

People can share their messages of support online with the hashtag #peoplespeloton and tagging @HSBC_Sport.