Ten years a pro and an essential cog in the wheel of Liquigas’s Grand Tour attack machine; not to mention a winner on the legendary slopes of the Ventoux. And all of those years with Italian squadra – he’s even lost that famous Polish love of good beer; in favour of fine Italian wines. Sylwester Szmyd recently took time to talk to PEZ.

PEZ: Your 10th pro season; does it get easier or harder as each year goes by?
Sylwester Szmyd: I think it gets much easier; I feel more experienced and stronger mentally and physically year by year. 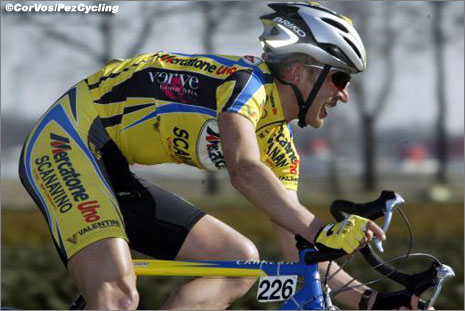 Szmyd was already a seasoned pro when he raced for Marco Pantani’s Mercatone Uno squad in 2003.

PEZ: Did you grow up with stories of the great Polish stars of the 70’s and 80’s – Szurkowski & Szozda?
SS: No, no, I’m too young, I could rather say: Jaskula or (earlier) Halupczok.

PEZ: Ten years, all with Italian teams – why?
SS: Because I think that Italian teams have a good attitude to cycling – a kind of cycling mentality – and I haven’t had any more interesting offers from other teams up until now. 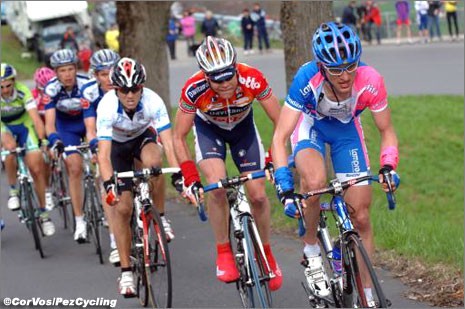 Szmyd driving the pace in the Tour de Romandie.

PEZ: How much break did you have in the winter and what do you do during it?
SS: I didn’t do any physical exercises connected with cycling for more than one month and during that period I enjoyed time with my family and friends. I spent two weeks in Poland and a few days in Tuscany, travelling between Siena, San Gimignano and Elba.

PEZ: Are you a ‘kilometres’ or ‘scientific’ trainer?
SS: I never look at kilometres; I go training keeping in mind the particular work I have to do and the number of hours I want to spend on the bike. 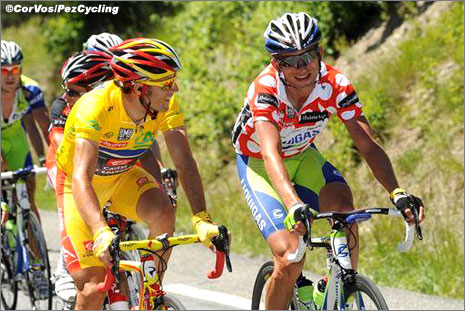 PEZ: How many training camps do Liquigas have?
SS: Many – five, six or even more.

PEZ: Where are you based during the season? How often do you go back to Poland?
SS: Usually in Italy, in Montignoso in Tuscany near Liguria. Every time I have some free weeks; at least 4-5 times in a year, I go back to Poland. 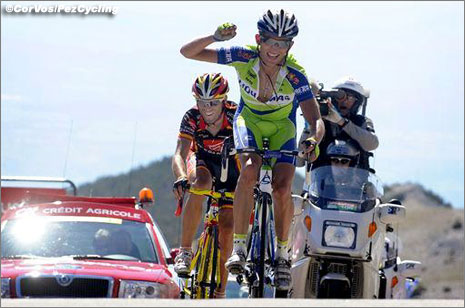 Szmyd’s win on the Ventoux last June was incredible.

PEZ: You won on the Ventoux, last year – tell us about that, please?
SS: It was amazing, it was always my dream to win there. Some months before when my friend asked me when he should come to see me winning, I responded simply; ‘Mont Ventoux.’ 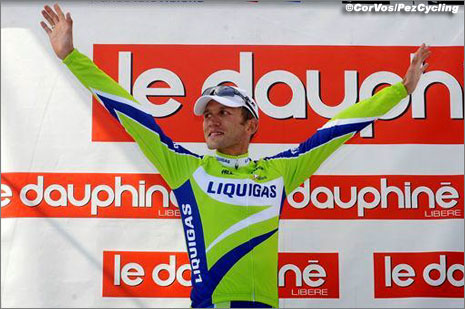 Sylwester relishes his moment atop the podium following his brilliant win on the Ventoux.

PEZ: You’ve ridden the Giro, Tour and Vuelta; which is your favourite and why?
SS: The Tour is the Tour – the biggest race in the world and you feel it when you are there. But I think the Giro is the most beautiful – the stages, mountains, landscapes, people…everything.

PEZ: The Tour of Poland – that must be a cool race for you?
SS: I would like to win it one day, it’s obvious… 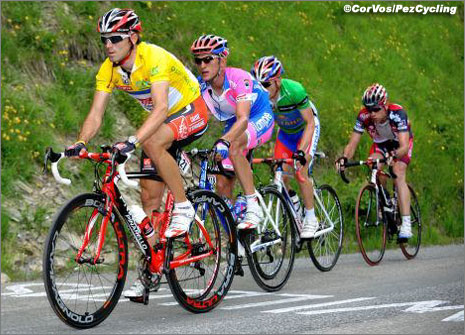 Szmyd is always on top form for the Dauphine.

PEZ: Anything new with the Cannondales for 2010?
SS: We have already been testing it last year so in 2010 the bike should almost be the same.

PEZ: Are you an equipment fanatic, or do you just leave it to the mechanics?
SS: I trust the mechanics, they are the best at their work 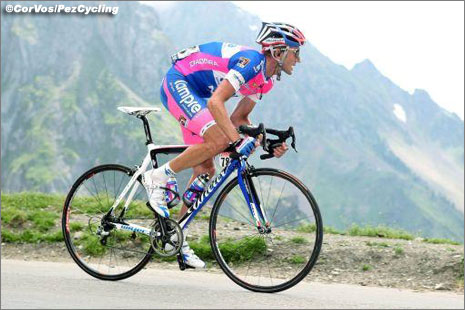 PEZ: Ten years in the sport – the biggest changes for the good, you’ve seen?
SS: The fight against doping with the ADAMS system (Anti Doping And Management System) but almost only in cycling – it should refer to all kinds of professional sport.

PEZ: And changes for the bad in the last ten years?
SS: As above, the fight with doping, blood control, out of competition controls should be extended to other sports. 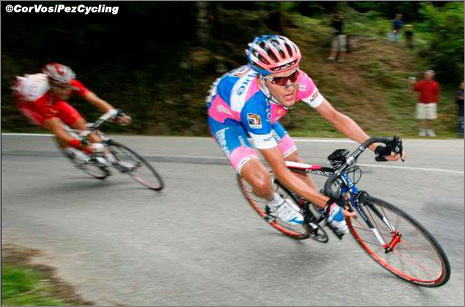 PEZ: Can Ivan Basso win the Giro?
SS: He has already won the Giro so I know he can still repeat it.

PEZ: What do you do when you’re not cycling?
SS: I’m working towards my pilot’s license, so when I’m not sitting on a bike I try to spend as much time as possible in the air, preparing to be a pilot. I also like riding my moto and listening to Depeche Mode music whose vinyls and cds I collect.

PEZ: Your goals for 2010?
SS: To do my best in the mountains for my leaders at the Giro and the Tour and personally, achieve some more victories in minor races. 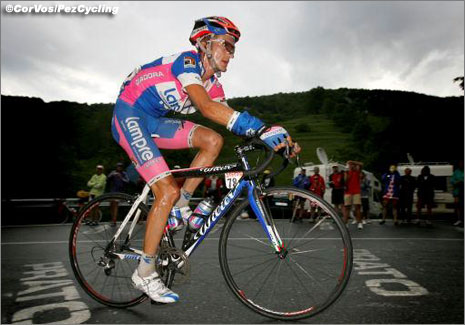 ***
Tyskie! Sorry, Sylwester! With thanks for the interview and wishing him every success for the coming season.