The Worlds; not the ones that Evans just won, the ones in Evans’ home land, next year – if you want to make your national squad for them, when should you start your build up? The answer is: three weeks ago! Slovenian sprinter and big winner for Team Type 1 in 2009, Aldo Ino Ilesic has already heard all about the largely urban, flat course and it’s suitability for his big frame – and big finish.

We last spoke to Aldo at the Tour of Ireland, back in September; he was at home in Slovenia when we spoke to him, this time.

PEZ: How long have you been home and what have you been up to?
Aldo: I’ve been here for two weeks and I’ll be staying until January 13th – it’s good to be home. I had a break off the bike from September 17th until the beginning of October but I’ve begun work for 2010, already. The weather had been good, so I’m back on the bike, just doing basic miles; yesterday (Oct 19) was the start of my third week on the bike. 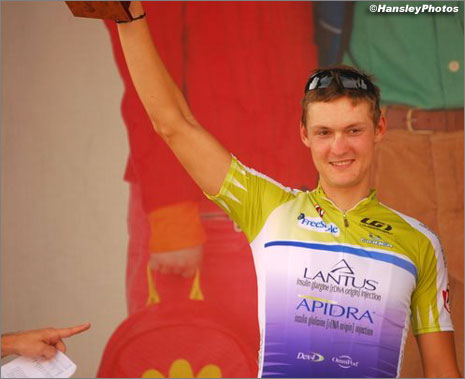 PEZ: Five wins, a good year for you – how about the team?
Aldo: Six! I had another win in the US after the Tour of Ireland; as well as those, I had another eight podiums and seven of those were in NRC events. The team had 50 plus wins, so they’re happy and looking forward to next season. 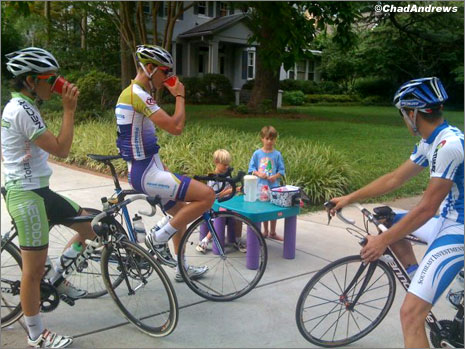 PEZ: What’s the US programme like for you for 2010?
Aldo: I’ve not seen the programme, I’ve been riding a lot, not checking the web and I’ve also been building a gym at home. I’m pretty sure, though that we’ll be riding more in Europe. With that in mind I’ll be doing a lot of miles, I want to realise my full potential as a rider – I want to lose weight and climb better but not lose my sprint.

PEZ: You have an agent – how does he work out what you’re worth?
Aldo: Yes, I met Daniel Bizzell last year at the Charlotte crits, we talked and got to know each other, then he became my manager – your value isn’t just based on the number of wins you have; it’s the importance of the wins that counts! 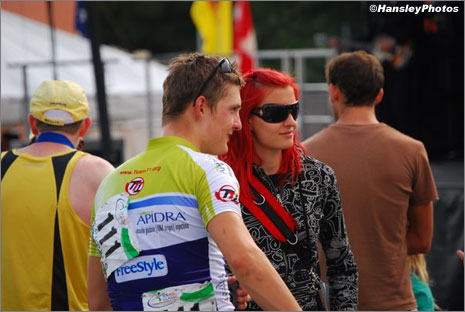 PEZ: Did you ride Missouri, after Ireland?
Aldo: No, we decided that I shouldn’t ride – my body wasn’t ready after a season of riding crits – maybe the Tour of Ireland would have made the changes to me, once I recovered, but we didn’t want to take the chance and we decided that it was better to focus on next year. The team did a good job there, though and gained a lot of confidence.

PEZ: Any lessons learned in 2009?
Aldo: Yes, big time! I did a lot of long miles before and after races, but the main thing I learned is that long training rides and crits can’t prepare you for stage races. My body doesn’t use fat for energy, it uses glycogen from the muscles; I’m not able to process enough food during a stage race – with that in mind I want to ride longer races and adapt my body. 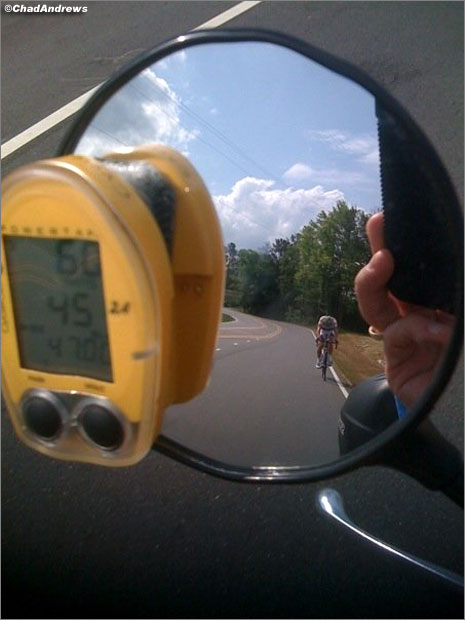 PEZ: Worst moment of 2009?
Aldo: In my last race of the season, in Dallas, I was lying fourth coming in to the finish and confident of winning – but a guy took me into the barriers, I didn’t crash but came to a stop. I had to watch the sprint from behind; that was disappointing!

PEZ: Best moment?
Aldo: I won the NRC Hanes Park Classic at the start of August, I out sprinted all the best sprinters – guys like Kersten and Haedo – I’m aiming to do more of that in the future!

PEZ: Did you watch the big, late season Euro races on TV?
Aldo: Yeah, I watched the Vuelta, the Worlds and Paris – Tours. My countryman, Borut Bozic’s third place at Tours was a great ride, I was happy for him, I know him well. I think that the Vacansoleil team is an exciting one and is a team for the future. Johnny Hoogerland went well in the last season races too; I’ve raced against him in the Olympia Tour. 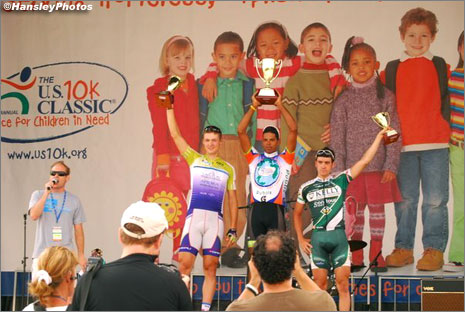 Aldo on the podium at the US100k Classic.

PEZ: Lombardy; crowds were way down – is that the drugs scandals?
Aldo: It’s a tough question, but the public shouldn’t think that because some guys get caught that the sport isn’t a lot cleaner.

***
Nearly 11 months to go and the man is focussed already, we’ll be keeping an eye on Aldo as 2010 progresses and wish him every success in getting to Geelong.

Thanks to Hansley Photos for the pictures. Also a big thank you to Aldo’s coach, Chad Andrews, from TotalCyclist.com. Check em out!
Like PEZ? Why not subscribe to our weekly newsletter to receive updates and reminders on what's cool in road cycling?