Always one with an eye on young talent, Ed Hood has hit the ranks of Cult Energy, to find today’s interviewee, Mads Pedersen. A big winner on the junior scene with a victory at Paris Roubaix, Worlds medals and more Pedersen is now in the Professional Continental ranks after the team stepped up a notch this year.

Danish/Luxembourger squad, Cult Racing has only moved up to the Pro Continental ranks for this season but already they’ve proved themselves to be no respecters of reputation and whilst perhaps not piling up the wins have been one of the animators of the season’s races, thus far.

There are some real ‘war horses’ like Russell Downing, Fabian Wegmann and Gustav Larsson in there but also some emerging talent; Mads Pedersen at 19 years-of-age certainly falls into that category.

In 2012 there was a host of junior wins for the young man from Roskilde, Denmark – from Croatia to Germany by way of Belgium and a 10th place in the junior Paris-Roubaix.

In 2013 there was more of the same but add Italy and Switzerland to countries where he achieved wins – and he went back to France to win the junior Paris-Roubaix before ending the season with a silver medal in the Florence Worlds behind Mathieu Van Der Poel.

Last season he won the U23 Frankfurt Loop, in the process beating World U23 Champion Sven Erik Bystrom and Magnus Cort in the sprint.

Our friend Xylon van Eyck at Corso Sports Marketing did the introductions for us and here’s what young Mr. Pedersen had to say to PEZ, just this week: 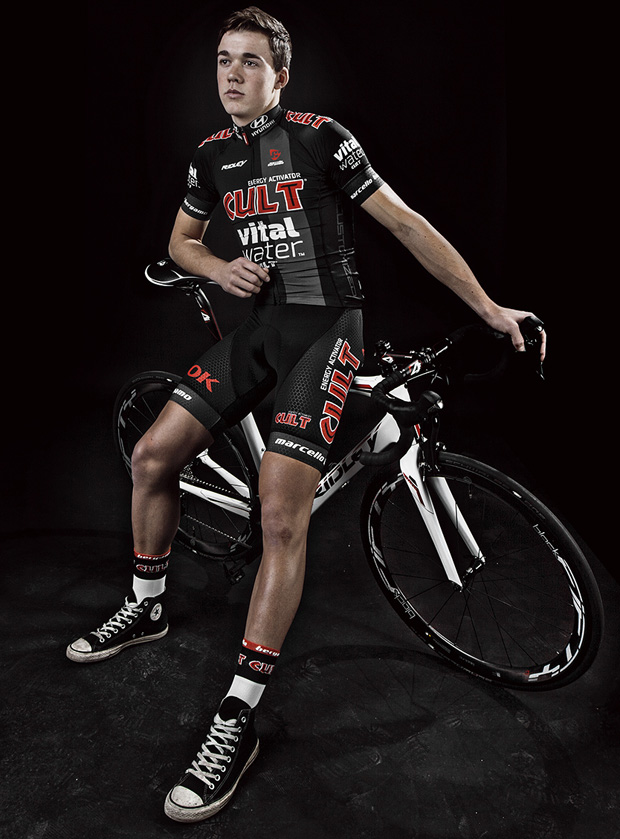 PEZ: All those junior wins – were they from breaks or mass sprints, Mads ?

Most of my international junior wins were sprints from smaller groups. I really liked to make the races hard and then sprint – that was my biggest advantage at that time.

PEZ: What are your favourite parcours ?

I think my favourite races are the classics, I really like a race like Paris Roubaix and Flanders. The cobbles are my favourite places to ride a bike; you have to be the strongest with regards to power and also mentally. And still you have to handle your bike perfectly every single time.

PEZ: You seem very at home on the cobbles ?

I’m an old mountain biker, so those nasty, wet and muddy roads are something for me. Again you have to handle the bike and sometimes just let it work for you.

PEZ: How did your Cult contract come about ? 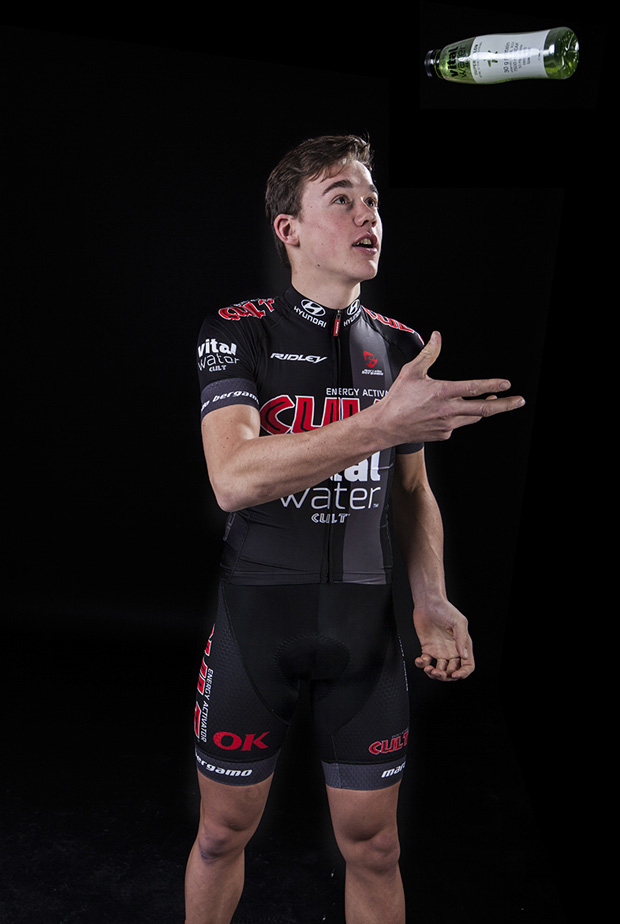 For the full pro contract when we stepped up to Pro Conti level I worked really hard for the team the whole of last year. I was fighting to show everybody that I really wanted a place on the 2015 team and I think that Michael liked the way I was fighting and that I was a team player.

After juniors I spoke with the national u23 coach of Denmark. I really wanted a coach from home to train with. He is still my coach and also helps me mentally. We also have André Steensen; he is really good and is taking good care of me. Then there’s also some of the older guys on the team who help me out like Martin Mortensen.

PEZ: How has the jump from junior to U23 been ?

In the beginning it was really hard for me. The first month was good but after that I didn’t have any results and I was really looking to getting some. It was a hard mental period for me but again I got some good help from the people around me and then I got a victory and some positivity back in the head.

PEZ: Cult is building a reputation for aggressive racing . . .

I like the way Michael Skelde is having us race. It’s about going out and trying to win aggressively. In the end the result doesn’t matter; just that we tried to win is okay.

So every time we are on the start line we would like to be in front and try to win.

PEZ: How is it racing against guys you used to just see on TV ?

It’s a bit weird to be next to those guys. You have to have some respect but still not so much that they just can just move around the way they want in the bunch.

It’s a hard balance but if you find it you will have some respect for yourself too. Like my girlfriend said to me, ‘now your biggest idols are your rivals.’ 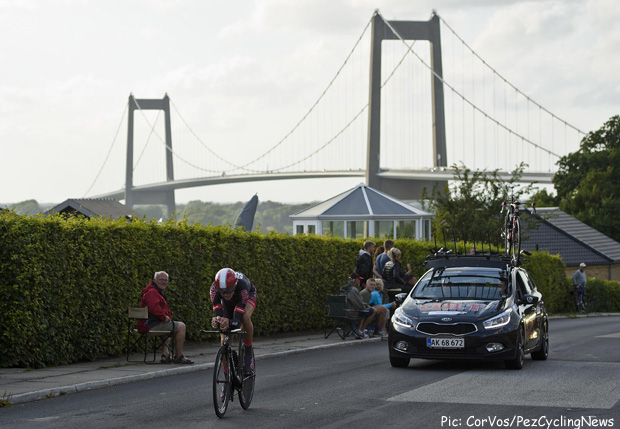 Mads in action at the 2014 Tour of Denmark

PEZ: Has anyone ‘taken you under their wing’ at Cult Racing ?

Yes, everyone has but four special people really have looked after me well – Martin Mortensen, Michael Reihs, Russell Downing and Andre Steensen. They are some really good guys and I really like to race with them and be around them after the races. I am the youngest in the team but still they are good friends to me.

PEZ: How was Het Nieuwsblad ?

Amazing, it was a hard day. But hey ! it was a bit of a dream there come true to ride it.

Next up with Cult I go to Drenthe and then I will be totally focused on u23 Flanders. `

PEZ: Were you one of the ones whose bike was stolen when thieves raided the team lorry – that must have been stressful ?

Thank God my bike was not one of the ones which was stolen. The team was really busy the week after and they put some bikes together and found some new wheels and then we where off to race again. They really did an amazing job in such a short time.

If I have a great and a strong development, I will show who I am and what I am made of.

PEZ: And if you could win just one race ?

A race that will make the season perfect would be winning U23 Flanders and a medal at the U23 world championships. So far everything is going well so I will go all out to achieve those goals. 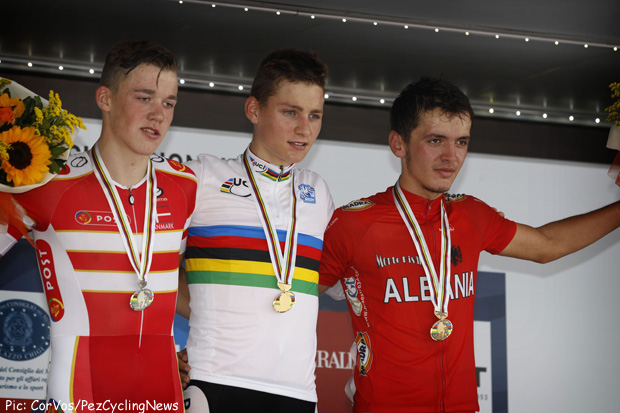 On the podium at the 2013 Junior Worlds