Matt Green’s is a typical story, a young Englishman who gets into cycling, trudges the well trodden path to the Flatlands of Flanders, gets a contract on low budget teams – Cyclingnews, Cinelli, Marco Polo – and then . .

The progression stalls; but rather than bang his head against the combines in Flanders for another year, he’s decided that there’s a New World of cycling for him – across the pond in the USA. He’s secured a private sponsor to pay his wages and all he needs now is a team – here’s his tale: 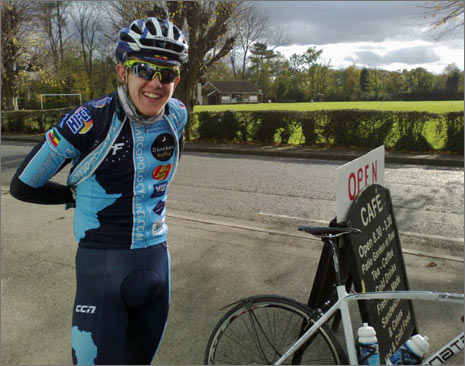 My first season was there; I went over late, in April and did two weeks. Then I did the Ras Tour of Ireland followed by another two weeks in Belgium. Unfortunately I sustained a big injury, and had to spend the rest of the season back in England, recovering. It was a blessing in disguise – for that first season just out of the juniors, I was far too underdeveloped for the stress of kermis racing. Doing the Ras that year though showed me I might have something in me for the future.

PEZ: How have you managed to get private sponsors?

By putting myself out there – I run my personal website [www.mattgreencycling.co.uk] that sees good levels of traffic, and consequently gets me people who are interested in advertising there. I tweet; and from my little following I have managed to secure a sponsor who provides me with the means to train in the modern fashion – on power. I also make sure to give a good image out training. The sponsor I have secured to pay my wage was impressed with how I trained as a triathlete all those years ago. And going well on the bike in races also helps! From doing all these little things, I have managed to obtain a real advantage money and equipment wise. When I get nervous approaching these companies I always remind myself of the mantra; “if you don’t ask, you don’t get”.

Consistent top 10’s throughout the years – 9th and best young rider jersey stage 1 Tour of Serbia; 3rd on 3rd stage of 4 Jours de Aix en Provence, a few podium places from day long breaks – and my solo win in La Chapelle Dez Fougterez in France, that gave me a pro contract in Belgium in 2008.

PEZ: You were a Kingsnorth Wheelers man – the Anglo/Belgian team – what was that like?

It wasn’t a good experience for me. As I said earlier I was too underdeveloped in my first year out of juniors to deal with Belgian racing. Their famous farmhouse accommodation wasn’t exactly five stars and I was definitely out of my depth. It did introduce me to Gent properly though; it’s my favourite city in the world.

PEZ: But you sustained an injury?

Yeah – embarrassingly something happened so that I couldn’t sit down in the saddle! I saw consultants, physios, had scans and they couldn’t tell me what was wrong. Eventually I started doing 30 minutes a day out of the saddle and I recovered – I was worried with that one for a minute!

PEZ: You rode for Cinelli with the late Frank Vandenbroucke and Nico Mattan – what was that like?

I got VDB’s last ever signature, It was on a race jersey. He was on his way to the airport for that trip to Africa, where he lost his life. The day before, my team mate Tommy Nankervis and I were in the 10 man winning move in the last pro kermis of the season at Zele. I led Tommy out and he won with me ninth, Tommy beat Van Avermaet and Nuyens. Frank was in the team car that day with Nico; to have guys who have won classics screaming down the radio at you to win a pro bike race in Belgium was unbelievable. For them to be impressed with what I was doing and give me a hug and say “bedankt!” was brilliant. I cried in the showers afterwards – I never felt euphoria like that before. 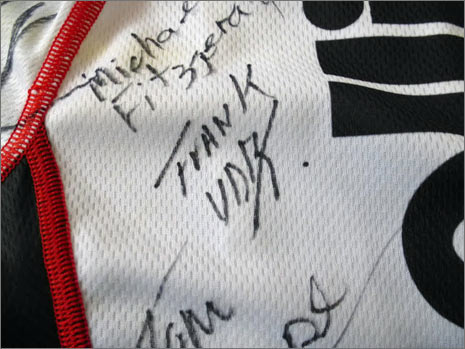 PEZ: Marco Polo – what’s that like, what assistance do you get?

We get great support at the races we go to. Stage race commitments were cancelled due to lack of sponsors – but the management did a brilliant job giving us everything we needed, on a limited budget at one day events. I made some great friends there.

PEZ: The team house is in Limburg – maybe not the best place to be based?

You do have to travel a long way to a lot of races. But training wise there isn’t any better training to be had in the North of Europe – I’m convinced of that.

PEZ: You’ve said that you prefer to commute to Belgium – aren’t you best to immerse yourself?

I have lived in the heart of the Flemish Ardennes for two years; my girlfriend is from Gent. Sometimes it’s a bit overwhelming being surrounded by this centre of the illustrious history of our sport- especially if you’re not exactly where you want to be in life.

PEZ: You say you’ve hit a ‘brick wall’ as far as progress in the sport – can you explain?

I feel I’m a real asset when it comes to riding as part of a team – achieving results for the team. I have learned over the last few seasons that Belgium rewards selfish riding. I sometimes find it hard to get into that mindset. I don’t feel that my results, especially as an amateur, reflect my ability level.

PEZ: What are the worst days like in Belgium – weather, race-wise, mentally?

Belgium is really grey some days; the houses, the roads, even the fields – sometimes you forget what it feels like to wear shorts! The worst race conditions were my very first pro race there; 190km and two degrees with snow – and an 18% climb covered 10 times or more!

PEZ: Are drugs still a problem at the kermis level?

Drugs are still a problem at every level of sport – just as tax evasion is a problem in every level of business. If there is an easier way to become something you want to be, I can see that – but don’t understand why people cheat themselves, or society?

PEZ: Why the USA?

My Ex teammate Tommy Nankervis has been trying to get me there for years. I am definitely a strong all rounder and Tommy assures me the USA rewards that style of bike rider, and I’d trust Tommy with my life. It’s time to think outside the European box to continue my career as a pro.

PEZ: Isn’t the scene criterium dominated in the US?

The criterium scene is dominated by criteriums in the USA! It wouldn’t be a bad thing for me if every race in the US was a crit – Belgian Pro Kermis racing is a 180km crit, and I have that skills base. Strong elbows! But seriously, the NRC has a plethora of stage races that can cater for every level of ability a bike rider can offer. Levi Leipheimer won the final stage of the Tour of Utah this year; which finished at the top of an enormous mountain – that’s a long way from a crit!

I wouldn’t be getting paid in the U.S. As far as immigration there is concerned, I’d be going for an extended holiday with a bike of bike riding – I think!

PEZ: Go back five years – what would you do differently?

I had a highlighted blonde mullet five years ago.
Unfortunately looking back at those pictures what I actually looked like a tad foolish and was far from what I wanted to look like – Iljo Keisse! 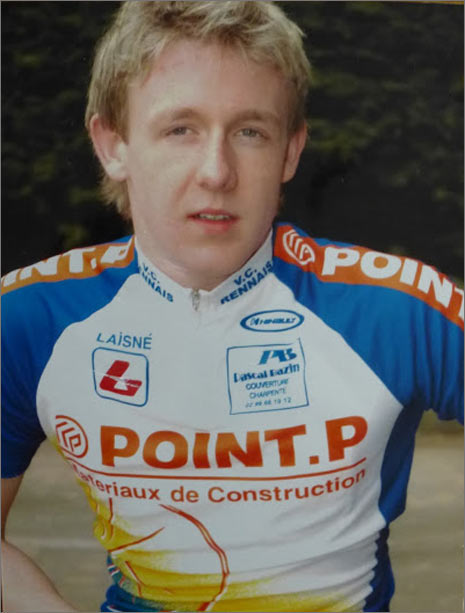 I was fanatical about the 6 day circuit, and made a bad hairstyle choice!