We first met Ben in Southern California at a training camp, riding in the San Diego area with CCSD. He was young, intelligent, and hungry to take his junior cycling palmares into the professional ranks. After a solid season in 2011 with a win at Tour of Battenkill, then another leap forward in 2012 with wins at Nutmeg and Beverly, Ben recently signed on with Jelly Belly Pro Cycling Team p/b Kenda. We caught up with Ben as he enters the off-season and looks to his professional cycling future in 2013.

Cool, calm and collected at the start of the Witches Cup Criterium in Salem, Ma.

Pez: You had a break out couple of seasons, racing for the Aetna Cycling Team p/b Charlescoaching.com, winning the aged 17-18 division at Tour of Battenkill in 2011. Then, in 2012 the Fidelity Investments Gran Prix of Beverly (Massachusetts State Criterium Championships) and 2012 Nutmeg Classic Criterium, both against stacked fields. What were your thoughts and strategy leading into those races and did they resemble the way the race played out in any way?

Ben: I’ve learned that an absolutely key part to bike racing is confidence. In 2011, I had pressure put on me at Battenkill from the outside. People chose me to win and I was really excited to have that actually play out. In 2012, racing well throughout the spring helped me gain confidence, whether TTing, climbing or just racing hard. I was always contributing to the actual racing. Coming into Nutmeg, I was joking around saying “Me? Winning? Yeah right!” but I made the winning break and drove it. When everybody started looking at each other, I jumped and rode in solo. That was the first time I thought, “Maybe I can do this”.

Beverly is my biggest win to date: huge crowd, good field and very fun race. Being off the front solo for almost three-quarters of the race was painful, but crossing the line still in front was an amazing feeling. I rolled off the field 18 minutes into the 60 minute long race just countering a move, had a gap, saw people trying to bridge but not making it, and started racking up primes and watching the lap cards go down. With 10 laps to go, the gap was 30 seconds, I said to myself, “This is it, you can’t save any, because if you are caught, it’s over anyway.” I discovered that having confidence that you are strong enough, the thought that you deserve to be there, and just not celebrating too early is the key! 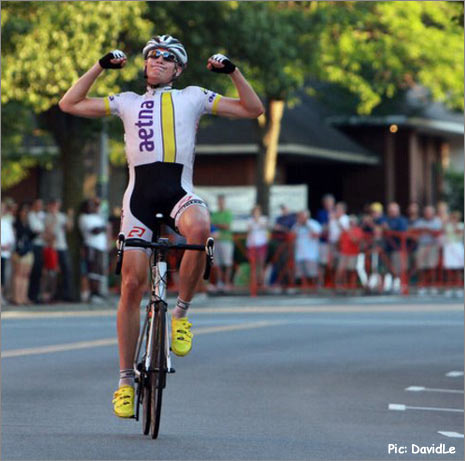 Pez: From Battenkill in 2011, you were offered a spot at the USA Cycling house in Belgium. How did that experience shape your training, racing, and outlook?

Ben: (Laughs) I was ecstatic to be able to race on the USA National Team; living the dream! Once I arrived and started racing, I realized it was no cakewalk. I did not finish a single stage race we started. I could not handle riding in big fields with crashes and narrow winding roads. Experiencing that made me realize that I needed to train harder, and learn how to deal with crashes and contact at 50 kilometers per hour, a.k.a. the “confidence that you deserve to be there.”

Pez: How did you get started in cycling in general, and then racing?

Ben: I have always ridden mountain bikes. My friends and I would make crazy jumps and courses. In seventh grade, my science teacher Mrs. Harris lead a bike club, which we joined. We eventually ended up at a mountain bike race when I was 14. I remember thinking, “I’ve never ridden my bike for more than 10 minutes without stopping! How am I going to ride 10 miles?” I sprinted for the win against another kid who was 2 years older than me. I got second. I was hooked. My friend, Evan Kirk and his parents, set me up with a down tube shifting 10-speed from their garage. I never turned back.

Pez: You’re a coach as well for Charles Coaching. How did you get started in coaching?

Ben: Yep! I’m an ACIT (Assistant Coach in Training). In the spring of 2011, my coach Aidan Charles of CCNS, asked me to help on Wednesdays and Fridays. After returning from Europe, I started working full time at CCNS. I could not have asked for a better opportunity to learn about training, eating, and living as an athlete. It is a huge factor in me reaching this point. 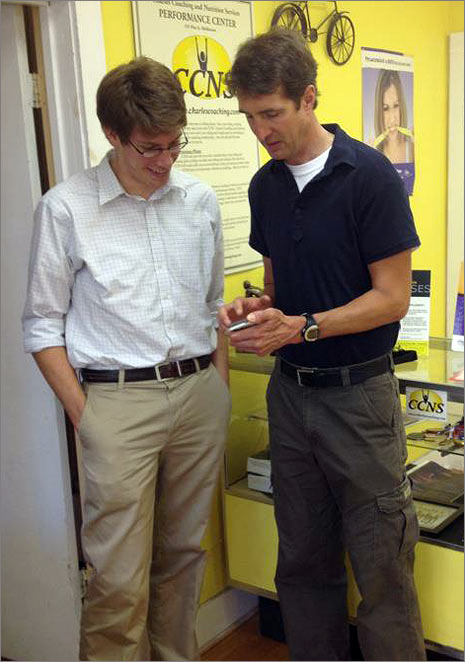 Pez: You mentioned on Facebook, I believe, that one of the significant things you changed from 2011 to 2012 was your nutrition. How so?

Ben: Yep, I lost over 20lbs from January to the springtime. I stopped pretending that because I rode my bike I could eat all day. I used this funny thing called moderation.

Ben: SHH!! That’s the key to my season! (laughs). I wanted to see how far I could take bike racing and it seemed like fun to make it an adventure.

Pez: You also finished your senior year and graduated early to pursue your cycling career. How did you manage that that / how did you come to that decision?

Ben: In the spring of junior year, I was joking about graduating early to race bikes for the rest of my life with my friends at lunch. It became less of a joke as I thought about it. My guidance counselor was excited about it too, so we worked together by emailing and writing letters to the school board until we got the answer we wanted. Once the possibility was real, I told my parents and they were on board with it, if I was willing to go 100%. I’m here, thanks to my parents and my awesome guidance counselor, among many others. 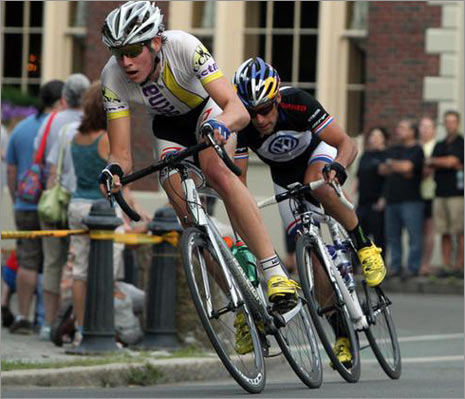 Seasoned pro, Tim Johnson, and Ben push the pace off the front at the Witches Cup Criterium.

Pez: It cannot all be about cycling, can it? What are your other interests? Rumor has it that you enjoy fro-yo (in moderation of course!).

Ben: I balance cycling as much as possible with spending time with friends and family, hiking, camping, and enjoying the outdoors. Oh yeah, and eating Fro-yo. Ladies, if you ever want someone to go on a fro-yo date, I’m your man!

Pez: You’ve signed on with a Professional squad for 2013: Jelly Belly Professional Cycling Team. That’s a nice step in your young career. When did you start talking with Jelly Belly?

Ben: I’m excited about next season. I started talking to them after my Beverly win in July. Jeremy Powers and Brad Huff were in that race and they seemed impressed with my ride. They put me in touch with Danny (Van Haute), and after a few conversations I was offered a contract. It was one of the happiest days of my life.

Pez: This is a tough question to answer, but your future is bright and keeps getting brighter. Do you have any desires or goals for your career in the next 5 years?

Ben: Oh man. I would not have been able to tell you 5 years ago that I would be living such a great life in cycling now. But, in 5 more years I hope to continue to climb the cycling ladder and see how far I can go. I would love to race Roubaix or the Giro. Honestly, no matter how many places I can ride and race, where I live now in Connecticut is amazing. Especially in fall, but minus the winter months, I do not mind being here. 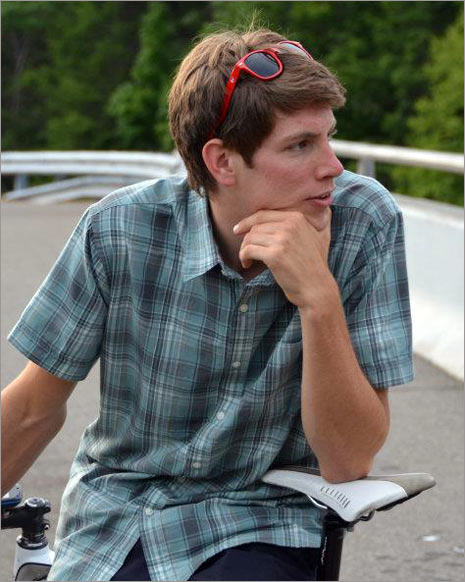 Connect with Ben at:
• Facebook:Facebook.com/ben.wolfe.77