The best team pursuit rider, ever? With national, world junior, Commonwealth, world senior and Olympic titles to his name, Aussie, Luke Roberts can’t be far away. We spoke to the man from Adelaide during the six days of Grenoble, which he went on to win, with partner, Franco Marvulli.

PEZ: You were three times junior world champion, Luke.
Luke: In ’94 I won individual bronze and team pursuit gold; but in ’95 I got both golds. There was a lot of pressure, we were only 17 or 18 and on the same training programme as the elites – guys like Stuey O’Grady, Brad McGee and Dean Woods.

PEZ: But it took you a few years to find your feet at senior level.
Luke: Leading up to Sydney 2000 there was a lot of pressure. Those were the years when the amateur/pro distinction was done away with and ’97 up to 2000 was a struggle. There were riders on the programme like Mick Rogers and Baden Cooke – we were all ‘good’ but not at the top.

The national programme changed too and I think it was only when we went to Europe and raced there as professionals that we moved up. 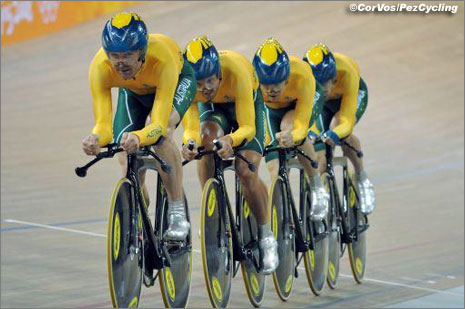 PEZ: Two individual Worlds silvers, too.
Luke: Yeah, I was unlucky to come across the “Two Brads” – McGee and Wiggins. My focus from 2002 to 2004 was the team pursuit. We had an incredible group of seven or eight guys and there was a lot of pressure, but I guess I was the backbone of the team. The fitness I had from that training gave me the speed for the individual pursuit. 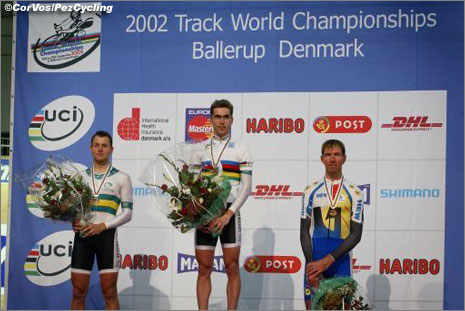 PEZ: After silver to McGee in ’02 you must have thought you could win in ’03?
Luke: For sure, my second to McGee at Copenhagen was a bit of a surprise; I’d ridden 4-19 at the Commonwealth Games and ended up fourth, I wasn’t sure how I’d do at the Worlds. But I qualified second fastest and ended up silver medallist to McGee.

The next year, the Worlds were in Cologne and with living in Germany, I had a lot of friends and family there – and McGee wasn’t riding. But that was the year when Wiggins stepped up to a different level – I thought I had it won, but he put in a 1:2, or maybe even a 1:1 last kilometre and that was that! 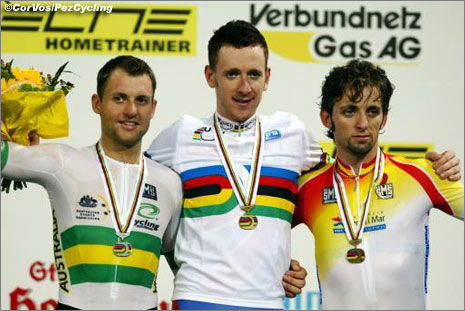 Then he ran into the other Brad: Wiggins.

PEZ: You were absent from team pursuiting from 04 until ’08.
Luke: I signed with CSC and rode for them for three seasons; that was an awesome experience but team pursuiting wasn’t the priority – the Tour was. At the end of 2007, my contract wasn’t renewed and I decided to go back to my original team – Senges – the one I was with leading up to Athens and that allowed me to concentrate on the team pursuit, again. 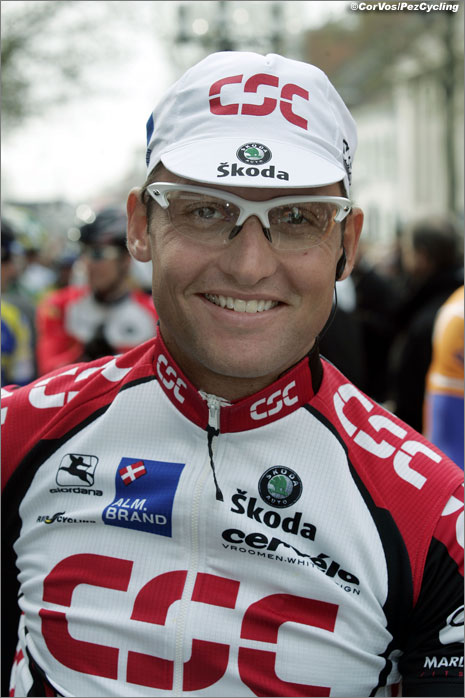 PEZ: What’s ‘Senges?’
Luke: They no longer sponsor the team – they were an industrial cleaning firm – it’s Kuota (bikes and frames)/Indeland, this year. But the team has had a pro licence since 2001 and were developing a good structure, when I joined in 2002. I spent a lot of time racing and training in Germany and made a lot of friends there, so it was a good fit for me to join a German team. There’s a lot of crits and track racing which suit me better than racing in Italy or Spain, say. 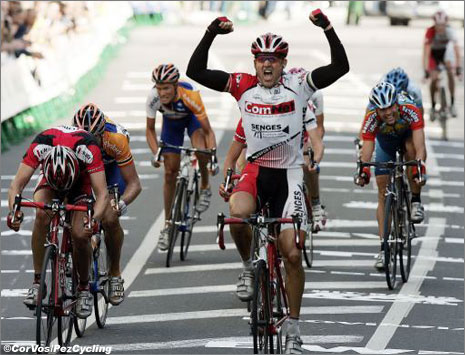 PEZ: How many sixes did you ride last season?
Luke: I did six, all with different partners, it would be good to get a regular Aussie partner because a lot of the organisers want ‘national’ teams. 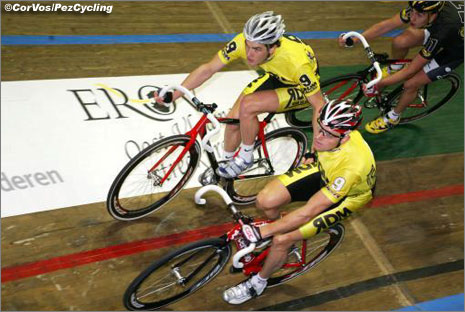 With me signing for Milram, I have to fit my sixes in around training camps – but the team is happy for me to ride them. They think it’s a good way of keeping in shape over the winter. My last six before this was Copenhagen, with Jakob Moe, back in February. 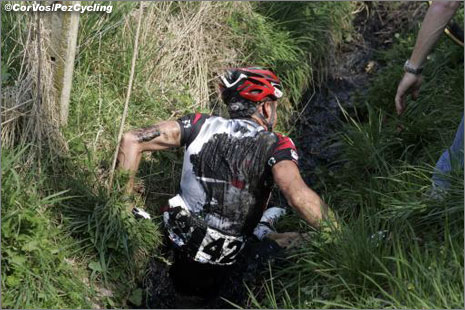 In the ditch at the Tour of Flanders.

PEZ: But back to Pro Tour for 2010.
Luke: Yeah, it’s awesome to be moving form Division Three back to Pro Tour. They want me for my experience, to do a job for Gerard Ciolek, organising his lead out. At CSC we weren’t structured for a sprint train, but my background in team pursuiting ideally suits me to the role. 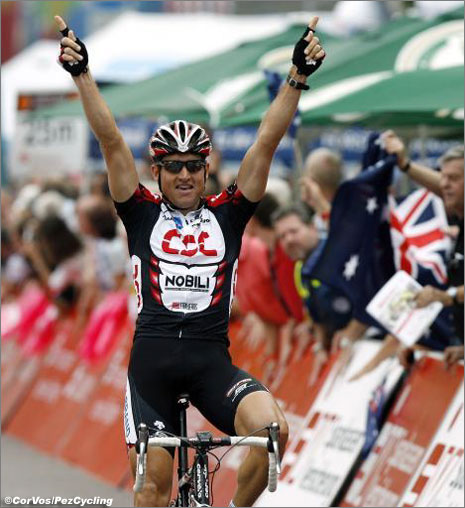 On top at the Hessen Rundfahrt.

PEZ: How did you get the ride at Milram?
Luke: Through contacts in Germany; they looked at what I had to offer and thought my experience and fresh motivation would be good for the team. They’re not so happy with how 2009 went and want a better year, next year.

PEZ: Which road result has given you most satisfaction?
Luke: I was in the CSC team time trial squad when David Zabriskie crashed whilst in the yellow jersey – I was on his wheel. It would have been awesome to win a Tour de France stage; but we were beaten by one second. At 30 kilometres that day, our average speed was 60 kph!

PEZ: What would make 2010 a success for Luke Roberts?
Luke: Leading out Gerard Ciolek to a Tour de France stage win would make it a perfect year!

***
With thanks to Luke for his time and congratulations on his first six day win.