Does 12th place in your first pro race – which just happens to be the hotly contested UCI 1.1 184 kilometre Memorial Pantani – indicate a bit of talent? We thought so – and so did HTC Columbia who have just signed 23 year-old American, Caleb Fairly on a two year deal. And by the way, he was third in his second pro race the next day – the UCI 1.1 196 kilometre Giro di Toscana.

PEZ: Where are you from and how did you get into cycling?
Caleb Fairly: I’m originally from Amarillo, Texas – my dad used to race and that’s how I got into it.

PEZ: You were with Holowesko Partners/Felt, the Garmin U23 ‘feeder’ team – how did that come about?
CF: I rode for the US national U23 team with Chann McRae on the management; he was one of the first people who believed in me and got me my shot. 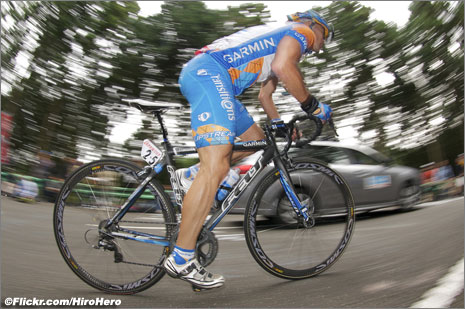 PEZ: Then you got a stagiaire place with Garmin?
CF: Yes, that started with the US Pro – that was a frustrating race, everyone sat around and looked at each other for too long!

Then I was in Italy and it ended with the Japan Cup.

PEZ: But you’ve turned pro with HTC?
CF: I had actually signed with Garmin but there was a clause in my contract which allowed me to opt out if I received an offer from another team.

Things were up in the air at Garmin and there was a lot going on with the Cervelo merger and HTC have a good record on bringing on young riders.

I’d had some contact with HTC, but it became serious after the rides I did in Italy.

PEZ: You rode strongly in the Olympia Tour of Holland in 2009; that’s a tough race.
CF: I was sixth on GC and second on the ‘Queen’ stage to Tejay Van Garderen – who I’ll be team mates with in 2011.

That was kinda cool, a US ‘one-two’ on a stage which folks dubbed a ‘mini Amstel Gold Race.’

It’s a hard race with the wind and lots of echelons forming – but luckily for me it came together again before the end, most days.

With being a little guy it’s not so much fun in the echelons!

PEZ: And you won Battenkill in 2010?
CF: Yeah, I like it when it’s tough – that day was cold, raining, on dirt roads and long by US standards at 200 kilometres.

It’s a race that gets a lot of attention in the US but the European teams don’t see stuff like that.

PEZ: Then came 12th in the Memorial Pantani behind Elia Viviani.
CF: I was very excited about that, getting that placing in my first European Pro race.

It’s held around Cesanatico – where Pantani lived and trained; I was in the break of 26 which went after just 29 kilometres, we stayed away all day and I hung in there on a wet, technical descent close to the finish. 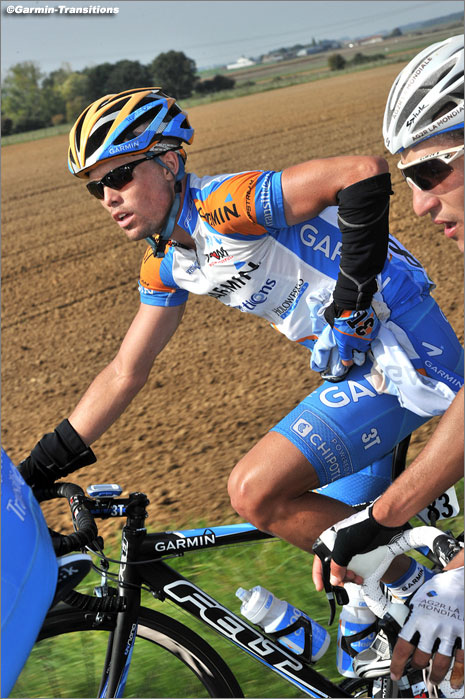 PEZ: Then the next day, third in the Giro di Toscana behind Bennati?
CF: I was very pleased with that ride; there were a couple of big climbs early and the finishing circuit had a tough climb, maybe 12/13% and about 800 metres long, we did that four or five times and the group got a little smaller after each time up the hill.

PEZ: Have you had much contact with HTC since you signed?
CF: Yes, I’ve been talking to Allan Peiper about my programme, the team has a good history of developing young riders and I won’t be over-raced in my first year.

February and March will be relatively light; I’ll do the Challenge Majorca then a limited number of one day races, the Tour of the Basque Country and then The Amstel GoldRace, the Fleche-Wallonne and Liege-Bastogne-Liege – after that I’ll have a bit of a break.

It will take time for me to adapt to the Pro work load. 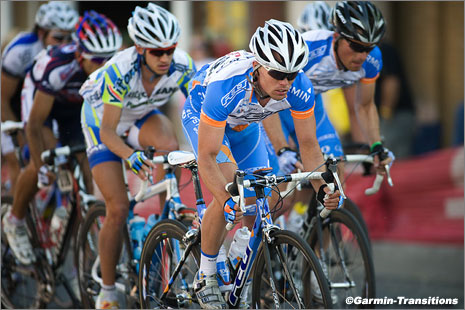 PEZ: Do you have a coach and are you a traditional or ‘high-tech’ devotee?
CF: Corey Hart has been my coach since 2007, we use SRM and Power Tap, he’s a scientific guy – we do downloads every day.

HTC are very scientific too, I’ve been sending my files to them so as they can familiarise themselves with my data.

PEZ: When’s the first training camp?
CF: We get together in California from December 5th to 15th – one of the things we’ll be doing is going to Specialized at Morgan Hill; I’m looking forward to that.

PEZ: Where are you going to base yourself?
CF: Girona in Spain, I was married in July and my wife speaks Spanish; we’ve been to see the town and it seems a perfect base – it’s a nice place, there are lots of guys to train with and a good choice of training routes. 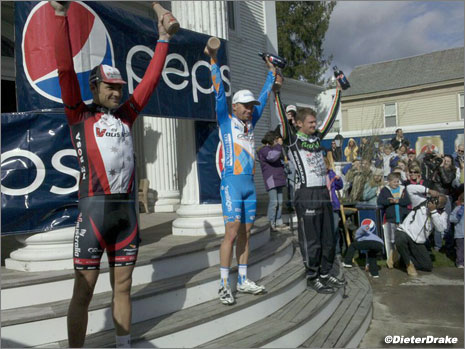 PEZ: Has your role in the team been discussed?
CF: Really, I’ll just be learning the ropes, I haven’t raced in Europe much and there’s a lot to learn.

PEZ: What will make 2011 a success for you?
CF: I want to be consistent; I want to see an improvement in my fitness and I want the team to be happy with me.