Danny Clark, Erin Hartwell – great names, but from the past. Who’s fresh, on the up? How about Andrew Talansky – he spent last season with Amore & Vita and this year and has already stood on the podium at the Valley of the Sun stage race in Arizona?

PEZ: What was the highlight of 2009 for you, Andrew?
Andrew: There wasn’t one particular race or day; it was having the opportunity to go Europe to live, train and race. There was Philly too, where I was in pursuit of Daniel Holloway, that was a good experience, it was exciting and I felt good doing a job for the team. 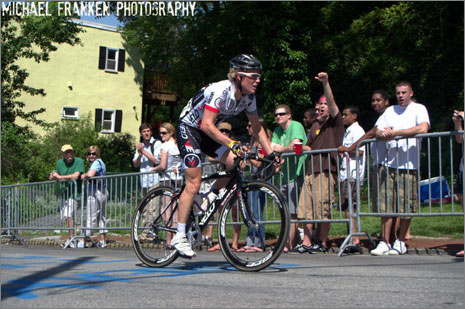 Talansky off the front solo on the Manayunk Wall at Philly.

PEZ: Did you race much in Europe?
Andrew: I got to ride a few but it was a light schedule – they didn’t want to over race me. I particularly remember the Laiguelia Trophy, early season, lining up and not knowing what to expect, standing beside the guys you see on TV. It was a shock, it was a big race and I was a bit awe struck with the speed and the course.

If you fast forward to the Route Adelie in France, three days before I came home to the US – it was still exciting to be standing there on the line. That was my one race in France – the style there was completely different; in Italy it starts slower and then gets faster, but in France, it was full gas from the gun and that was it for the day. That day, I felt that I still had tremendous respect for the other riders but I felt more like I belonged there – I think the longer that you are there, the more comfortable you feel. 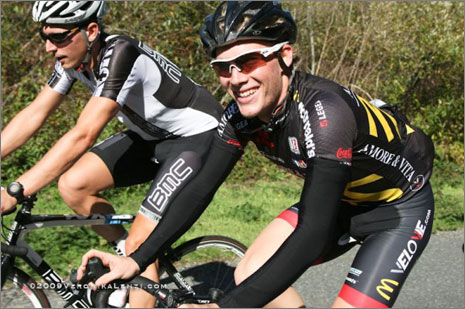 PEZ: Were you able to go for a result in any race, or was it all for the team?
Andrew: I was there purely for experience; Ted King from Cervelo summed up the differences between US and Euro racing – longer, faster, harder and that’s pretty accurate. I was there purely to contribute to the team; I learned a lot as a person and as a rider – it was a privilege to be working for a rider like Mitlushenko.

PEZ: Did you see much of Chad Gerlach?
Andrew: I did, we roomed together in the villa where the team stayed, in Lucca. He’s a unique individual, his own person, on his own path – a good guy. 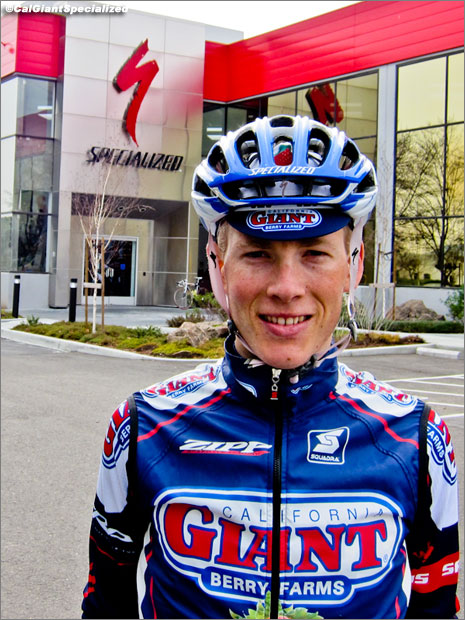 PEZ: Euro lessons?
Andrew: I know it sounds like a cliche, but ‘never give up’ – you face a lot of obstacles, when you line up on the start you know it’s going to be hard to finish but you have to take baby steps and think that your working towards finishing and then towards animating the race and then towards the podium.

You have to keep the big picture in mind, why you are there – never lose sight that you love the sport and have a passion for it; sometimes you have to step back and remind yourself that. 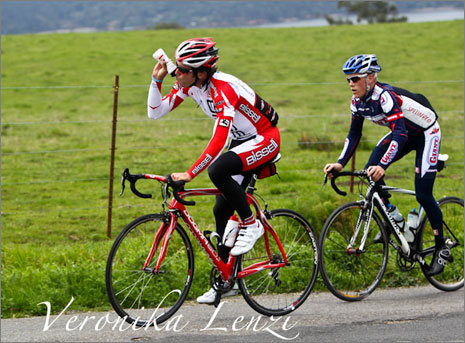 PEZ: Why no renewal at Amore & Vita?
Andrew: It was a bit of a mutual decision; mid way through the season there was a bit of a lack of communication, when I came back to the US – after Phily I found it hard to communicate with my DS in Italy.

I needed to think about my own development, find a team that was a better fit – where I could help the team but get my own opportunities. With Amore & Vita it was all for the team captains – and that’s as it should be, they’re the guys who win the races; but I wanted a change. 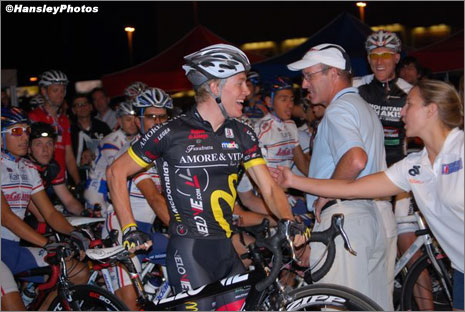 PEZ: California Giant-Specialized, your new team, how long has it been around?
Andrew: The team has been around for maybe ten years, it’s elite amateur but very professional in it’s approach.

The mix of riders has changed, this year; there are five under 23 riders, not there for money or glory but because they have a passion, it’s a good mix of experienced riders and young riders – the team has been rejuvenated.

PEZ: How did you get the ride?
Andrew: It was pretty late last year, I’d been talking to a couple of US pro teams, but I thought that the fit with CalGiant was best. The other factor is that I’d like to ride with the US U23 team this year and as I understand it, having a pro licence precludes you from some of the U23 races. I met Anthony Gallino from the team at Interbike, it just went from there and didn’t take long for things to be tied up. 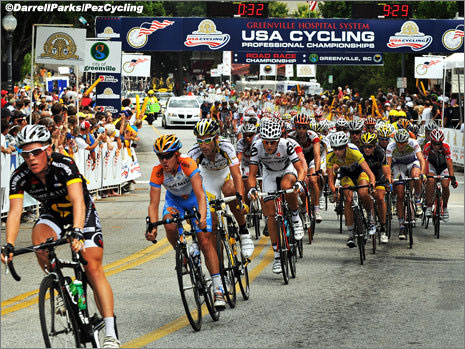 PEZ: Won’t it be difficult getting back to Europe?
Andrew: It’s very difficult to get a contract in Europe and the only way to get better in Europe, is to race there. There are races now in the US which can act as a platform to get a rider into a European team if you perform well – races like California and Missouri. I hope to get noticed with the US U23 team if we’re racing in Europe; but there are American teams who are planning to spend more time over there, this year and next – Team Type One, Kelly Benefits; so perhaps that’s a possibility too.

PEZ: Isn’t it tough financially, with no monthly pro team pay cheque?
Andrew: That was something I had to think about going back to an amateur team – you need cash coming in; but I’m thinking about 2011 and beyond. I’ve had great support from friends and family – and I have personal sponsors, their help will be more financial this year, they believe in me and in my pursuit of my goals. 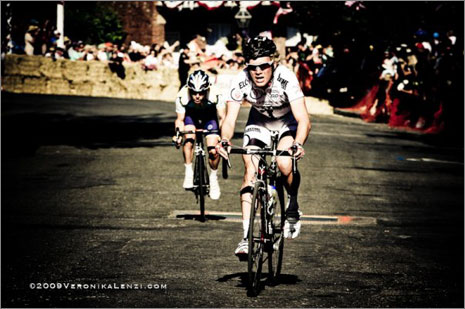 PEZ: What’s your programme like?
Andrew: Being Californian based we’ll be doing all the local races but we’ll be riding the NRC races – the likes of Redlands, Cascades, Utah and the Under 23 Nationals, they’re a big goal for me.

PEZ: Goals for 2010?
Andrew: To take all I’ve learned, on and off the bike, put it all together; the training, the recovery, the mental aspect – I have to get it all together and get results. This year is about results, not experience, I’ve got that – it’s about showing what I can do and standing on podiums. 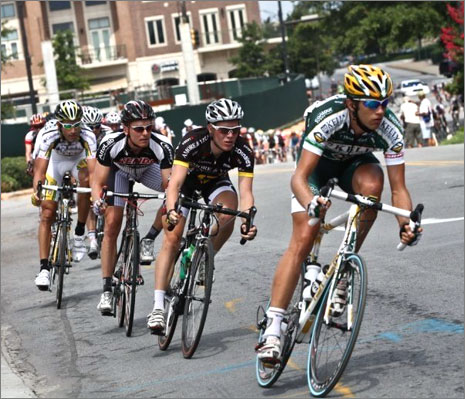 PEZ: A good start at the Valley of the Sun.
Andrew: Yeah, it was good start to the season, I wanted some sun, so we travelled down there to Arizona and even though it was racing as training, it was good to get in a ride on the TT bike and to get 3rd on GC.

PEZ: 2010 will be a good year for you, if…
Andrew: If I perform the way I’m capable of; I don’t want to say, but I’ve set my sights pretty high and if I hit my targets, it’ll be a good year.

***
Thanks to Andrew for his time and best of luck for 2010 and beyond. We hope to be talking to him again after hitting one of his big goals.

Top Rides: The Gavia Plus Snow