Pat McCarty is a man who’s been around the block a few times; in the Eurozone and the Stateside both, from USPS to Phonak to Slipstream to OUCH to…Richardson Bike Mart – we thought we’d grab a few words about how his 2010 is set to pan out.

PEZ: It must have been a relief to sign for Yahoo?
Well, as soon as the Rock thing folded I went to my old team, Richardson Bike Mart, and reconnected with some old friends. The team is out of the Dallas area, Richardson to be exact, and have been around for years. The bike shop owner, Jim Hoyt, and long time friend and manager of the team, Max Miley, set up a program for me to keep me afloat until hopefully things get better. They’re helping me out in a big way and are allowing me to race for Yahoo at Redlands and Sea Otter because I need to be on a composite team to do those events. On the other hand, Yahoo seems like a great team that’s going places so it’s perfect for me to get involved with them. I’m very excited to be joining them for those two events. I hope things go well and I can help them get results along with myself getting some much needed placings.

PEZ: You’ve had a win in 2010, already.
I did win in 2010. The Copperas Cove Classic here in Texas. It’s pretty close to Austin and I won riding for Matrix/Richardson Bike Mart. That was my first race with them and it was great to get them a win for all they’re doing for me. Since then I’ve seen every other podium spot that exists in Texas but, looking for win number two!

PEZ: You had some good U23 results in France in 2003.
I had a lot of good results in the U23. My biggest wins were in France at the Ronde L’Isard and Le Transalsace. I think L’Isard is still a U23 race but I don’t know if Transalsace is still around. 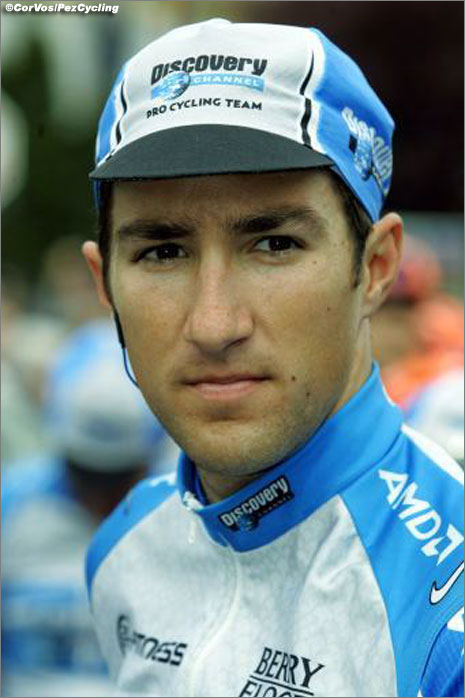 PEZ: Phonak ’06 – that must have been interesting
Phonak was a good group of people. Me and Floyd were the only Americans and Ryder Hesjedal was there too. We had a great time and I got to do a lot of big races. I finished the Giro that year, my first Grand Tour, and felt I had a decent season considering the races I was in. It ended abruptly, though, which was unfortunate. 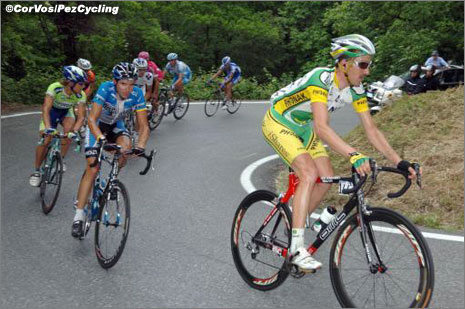 PEZ: Slipstream ’07 and ’08 – a good gig?
Going to Slipstream was great. I hadn’t had that much damn fun at the races ever before. It was a really good group of guys, riders and staff alike, and we got along really well. Lots of fun. We also had some success my last year with them and it was great to be a part of.

PEZ: The Giro TTT win, that must have been a good day?
Talking about success, that was pretty awesome. We beat a lot of good teams to get that win. Being on the podium was pretty memorable but, just doing the race itself is what stands out most. It was such an intense race. Rarely in cycling do you get to go those speeds as in a team time trial. 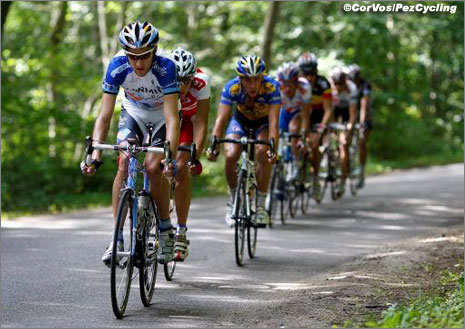 PEZ: OUCH in ’09 – wasn’t it difficult to go back to the US scene from European racing?
At first I wasn’t sure what to expect coming back to the US. It started off like I was still on a big team. First two races off the bat were California and Mexico, two very difficult events. After that I gained a lot of respect for racing in the US, though. All of the events were well run and the teams raced much harder than I expected. It turned out to be a lot of fun for me. Again, OUCH was a great group that got along really well.

PEZ: Was it a surprise OUCH didn’t retain you?
I was a little surprised I didn’t get an offer to return to OUCH but, these smaller Continental teams have to deal with some pretty strict rules. I was turning one year older and over the “age rule” so had to deal with that with every team I talked to. I think at OUCH, they already had enough riders that could do what I could on the bike, more or less, that were also over the age limit, plus had spent more time on the team, so it was difficult to keep me. 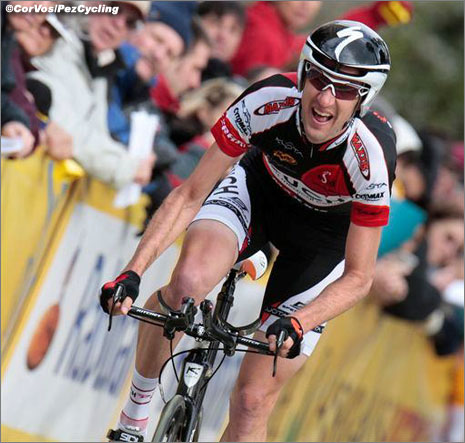 PEZ: The situation with Rock, that must have been disappointing.
Rock was a disappointment but, I have to say I wasn’t all that surprised. I’d already had lots of bad luck trying to find a team and they approached me when I was down about it all. Although I was sceptical, it seemed they wanted to grow the team and race a good program. I thought I’d take a chance and it didn’t work out.

PEZ: You’d signed for a small local squad for 2010, before Yahoo.
I’m still with that team and haven’t switched to Yahoo. Like I explained my current team, Matrix/RBM, is releasing me to race the two NRC events with Yahoo. The idea is to get me to as many of the big races as possible, and hopefully while getting results for myself I can in turn help Yahoo grow and be successful.

PEZ: What’s the programme for 2010?
Well, the program is mostly the NRC stage races and definitely the ones with climbing. I’m doing all the Texas races with my Texas team as well so it’s a pretty full schedule. I won’t be doing much of the criterium racing this year. I’ll definitely, though, be at the 2010 TX Tough Grand Prix.

PEZ: Are you happy with how your career has gone – any ‘what ifs?
I’ve been happy with my career so far. There have been ups and downs but I’ve been able to race my bike for a living so that’s pretty great.

PEZ: Which of your results gives you most satisfaction?
Looking back most of my best results were in the amateurs. I also had some good ones throughout the pro ranks as well. Couldn’t really pick anything specific.

***
with thanks to Patrick for taking the time to talk to us and wishing him a successful 2010.