Fairy tales are rare in pro cycling, but 25 year old Matthew Busche’s story is about as a close as they come. At the beginning of the 2009 season, he was riding as an amateur in the US, then Kelly Benefits snapped him up, he rode a mere four races for them before Johan Bruyneel signed him for Team Radioshack. Busche’s first year in the pro ranks has been a whirlwind tour capped off recently be a stellar finish at the Tour of Denmark.

A mostly quiet, but ever improving season culminated in the first week of August when the young man from Wauwatosa, Wisconsin stood on the podium of the Tour of Denmark beside Pro Tour big hitters, Svein Tuft and Jakob Fuglsang.

Close enough to a fairy tale for us.

Ed Hood caught up with Busche in the days following his breakout success in Denmark.

PEZ: Congratulations, Matthew – tell us about your name, first.
I think it’s German, but I don’t know that much about it, I guess I should have asked my parents – we’ve settled on ‘boo-shay’ as the way to pronounce it.

PEZ: Wisconsin to Girona, that’s a long way.
Yeah, it’s a little different but I’ve settled in pretty well, there are a lot of Garmin guys here and HTC too.

It’s close to the coast and the mountains too for training, but in the town there are lots of restaurants and colour; it’s a nice place to live. 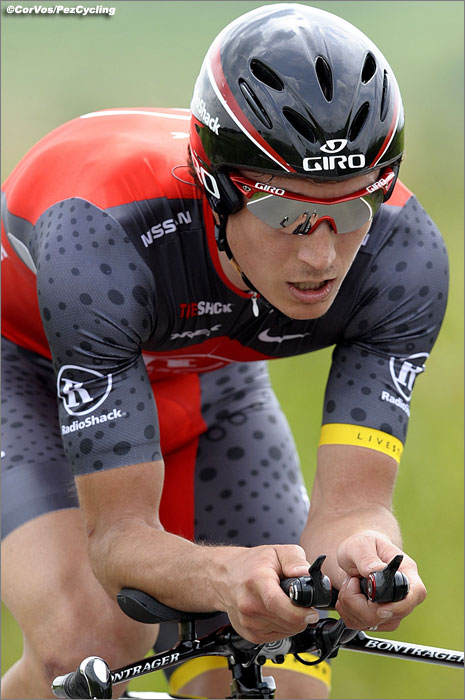 PEZ: You were a runner before you cycled?
Yes, cross country and steeple chase, but I got injured and used the bike as part of my rehab.

After I recovered, I still held out hope for running but after I graduated in the fall of 2007 I turned completely to cycling.

PEZ: That was some rapid rise through the ranks.
I never expected last year that I’d be where I am today.

I was pleased to get a domestic contract with Kelly; I think things just happened at the right time for me and the right people were watching.

PEZ: Was there one result that got you the ride?
I only rode four races for Kelly; I think I caught a bit of attention at Utah and then in the US PRO Champs where I was fifth.

That day I went into the race with no expectations other than to ride as hard as I could for the team – I found myself in the break and worked hard for my team mate, Andrew Bajadali, we didn’t win but we got second and fifth.

PEZ: What’s it like being a team mate of Mr. Armstrong?
Lance is an idol of American, maybe world cycling – it’s an honour to be team mates.

We’ve raced together a few times and there’s a definite change in the atmosphere when he’s around.

The thing that’s enviable about Lance is just how much he loves his job.

PEZ: US to Euro teams, how do they compare?
It’s not a fair comparison I rode four races as a US pro so I only got a taste of the scene.

Everything at Kelly was very well taken care of; but at Radioshack there’s more money than at domestic level and it’s much grander, particularly in terms of vehicles – there are no buses on US teams, for example.

As I said, I had a little taste of having proper back up at Kelly – mechanics, soigneurs but at Radioshack you have absolutely nothing to worry about except racing – everyone is totally focussed on their job.

Having everything done for is such a huge burden off your back, I still remember starting racing as an amateur and having to do everything myself.

PEZ: How have you been accepted?
The team has been very welcoming, it’s a good group of guys, all having fun but serious about the job.

They’re helping me gain the experience that I need to become a better cyclist.

PEZ: Do you have a coach/mentor?
My DS, Alain Gallopin helps me, mostly I bounce stuff of him and I’ve been advised on and off by Allen Lim.

PEZ: Your podium in Denmark was down to a good TT.
I’ve done very few time trials during my career; I didn’t even get a time trial bike until last year.

I rode maybe half a dozen last season, and the same this year.

I was a bit worried going into the time trial because I hadn’t really ridden a good one all year so I had no idea how I would go – I was surprised and happy with 12th.

I had my DS giving me the splits all the way and that helped. 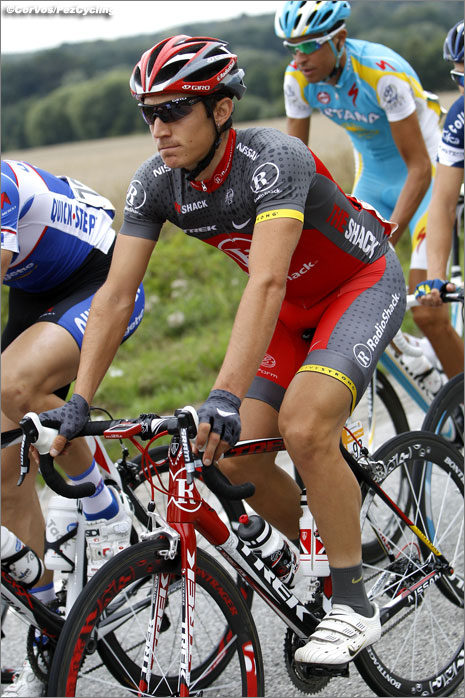 PEZ: What were your expectations going in to Denmark?
I didn’t have any, I didn’t know much about the race and was maybe even dreading it a little because I thought it would be a sprinters race.

We had three stagiaires on the team and that was the big story – with one of them being Taylor Phinney.

Our other objective was to get Gert Steegmans up there for the sprinters.

But as the race developed, it became apparent that the time trial was going to be crucial.

PEZ: I’ve been looking at some interviews clips – you’re good in front of the camera, any media coaching?
No, no, no – all just off the top of my head!

PEZ: How would you describe yourself as a cyclist?
I’m a decent all round cyclist; I don’t like to mix it up in the field sprints too much; I think my climbing is a strength and I feel that I can improve my time trialling.

Climbing and time trialling are the two elements which you require to be good in stage races.

I want to be more consistent, I’m still young and don’t know where my career will go.

I also want to work for a team leader – I would have loved to be at the Tour de l’Ain helping Haimar Zubeldia defend his jersey on stage one.

PEZ: What else do you hope 2010 holds?
I don’t have specific goals, I hope to be at the US PRO champs, I’m not sure who else is going – but probably Levi, I’ll be helping him and looking for a top ten myself.

As for the Worlds, I haven’t been contacted by the selectors – maybe I should see if I can get hold of them?

***
We think that would be a good idea – with thanks to Matthew and Radioshack’s Philippe Maertens for putting us in touch.