Amongst all the gloom and doom of sponsors pulling out disenchanted with doping scandals, and races folding, winter track racing does have its successes. One is the ‘Revolution’ series of indoor winter race programmes at Manchester velodrome in England. Organiser, James Pope took time to talk to Pez about the events, now entering their seventh season.

PEZ: Give us a little background on yourself, James.
James: I went to university then into project management, then web design, then I started the ‘Face Partnership’ in my mid-20’s with David Millar’s sister, Francis. Face was to manage David’s business affairs, but it grew from there. 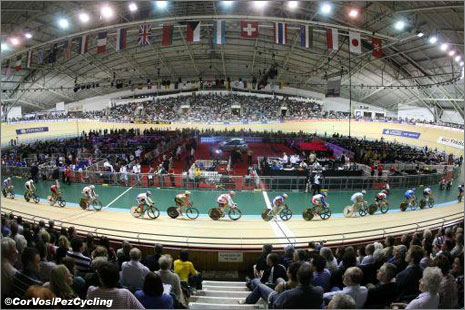 The Manchester Track is the site for the Revolution series.

PEZ: Revolution – whose idea?
James: British Cycling and the Manchester velodrome were looking for a spark to ignite interest in the velodrome – it wasn’t getting used. They approached us for a concept and Fran and I came up with the idea. We were supported year one by British Cycling, but then they stepped back. Face now runs the race in partnership with the Manchester velodrome. 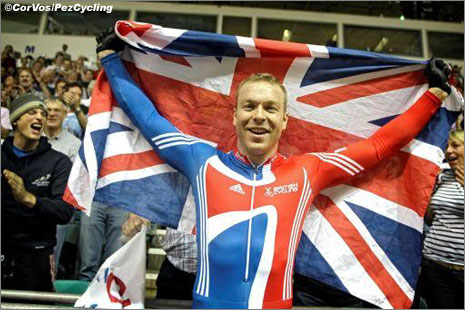 Manchester has proved to be a happy track for the British team: Chris Hoy included.

PEZ: How many Revolutions have you staged?
James: This is season seven, there have been 24 meetings, number 25 is this weekend.

PEZ: How do you set the race programme?
James: Phil West and I do that, now – we learned a lot from Gordon Harling, he did a lot of the organisation for the Commonwealth Games in Manchester. 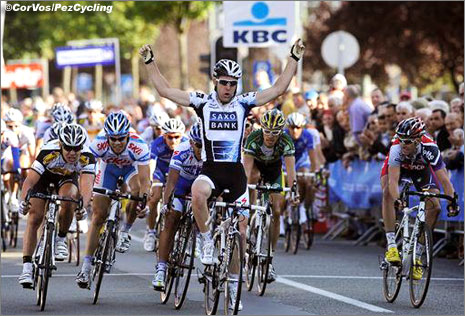 A number of road stars will be toeing the line this weekend in Manchester, including SaxoBank’s Matt Goss.

PEZ: How do you choose the fields?
James: It’s a challenge, all riders are there by invitation only, but we try to programme well in advance. For example, you have to start approaching the six day riders in the summer. And guys like Chris Hoy have so many commitments that you have to talk to them in plenty of time. We try to enlist one major road star then build the programme around them. It takes a lot of frantic phone calls and milking of our and Dave Millar’s contacts list, sometimes! Each meeting has to be individually tailored – the December 5th one, for example, features a lot of six day riders because there’s no clash with a six. February, on the other hand, will be a sprinter’s night. 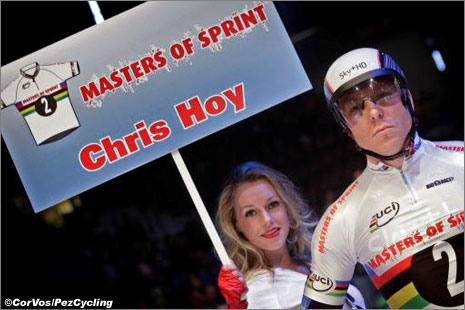 PEZ: I believe ticket sales are good?
James: Every meet last season sold out, but we’ve always enjoyed sales of over 3,000 – the stadium holds 3,600. The ‘Beijing effect’ [the Beijing Olympics, where the GB track team won seven gold medals] meant that last year, we sold out every ticket in advance – advance ticket sales are going very well for this year, too. 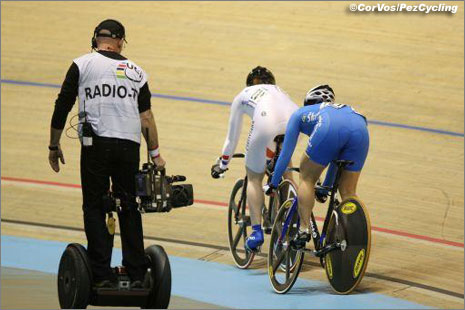 A long term goal of the Revolution series is to get the racing televised.

PEZ: How many meets, this Winter?
James: We have a new ‘team’ format, this winter and there are four meets. Our long term objective is to get them televised. We’ll have all the top GB guys, including Chris Hoy and Cav – hopefully. It’s good David being in Garmin, the Aussie guys are very good track riders. We also hope to have Taylor Phinney riding, this winter. 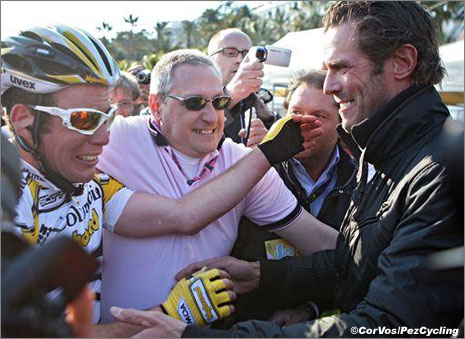 Revolution hopes to lure Milano-Sanremo winner, Mark Cavendish, back to the track over the winter. 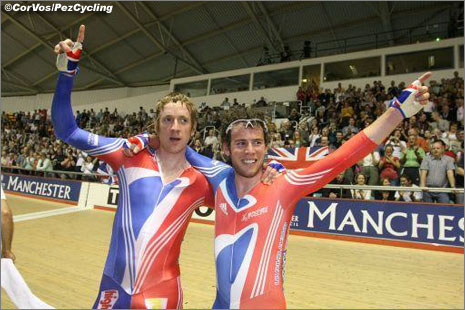 Cavendish has had great success on the Manchester track already – he took the Madison World Championship in 2008 with Bradley Wiggins.

PEZ: Why do you think track racing has declined?>
James: We’ve all seen those pictures of 20,000 people at Herne Hill track in London, to see Fausto Coppi race, in the 60’s. But I think that it slid badly in the 90’s – the recent success of track success of British Cycling has seen it re-emerge, it was a minority sport, but it’s making a transition. Sport in general is booming; look at soccer. 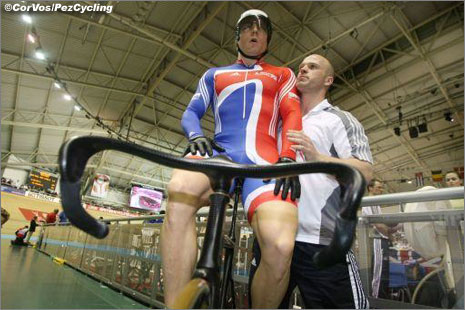 They’re ready to go in Manchester this weekend.

PEZ: Could we see a Manchester ‘three’ – if not a ‘six’?
James: I think that the six day format is good in Europe, it’s a cultural event, with maybe a beer festival, too. That’s not going to happen, here – I think that in the UK we need to have an ‘end game’ on the night, British spectators want that.

I think that perhaps there’s scope for a two day, with the last night as a Revolution. 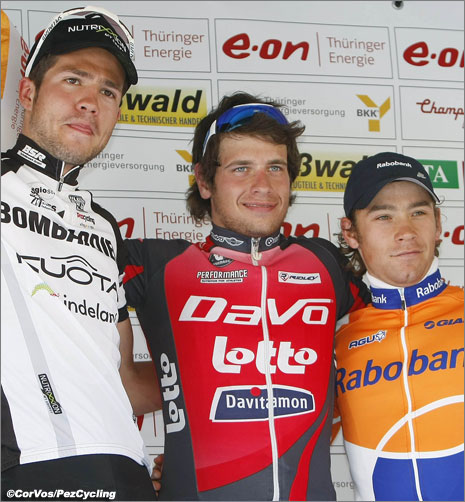 Recent Silence-Lotto signee, Adam Blythe, will be in attendance for this year’s first Revolution. 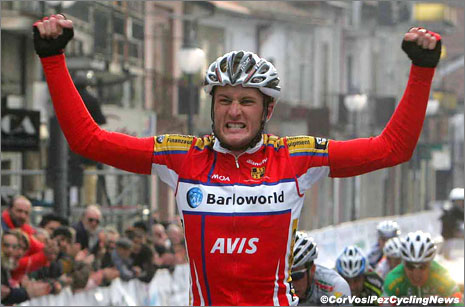 Sky’s Steve Cummings will race this weekend as well.

PEZ: Soon there will be the Commonwealth track in Glasgow and Olympic track in London.
James: It’s something we’ve thought about – with a televised format across three days. Our long term vision is to have a global series – there’s a lot of interest in the sport in Australia, Japan and the US. Not to rival the World Cups; something different. 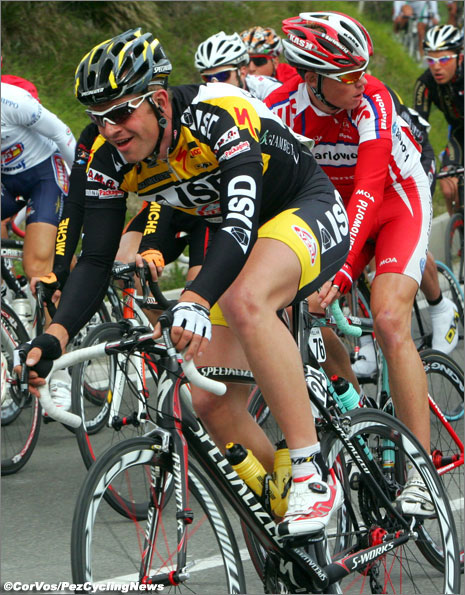 Sky recruit, Ian Stannard will be at the first meeting.

PEZ: Tell us about the nocturnes…
James: The first was the one around Smithfield Market in London, which was the idea of the Condor-Rapha squad and was very well received. Nocturnes aren’t new but we’ve tried to expand the concept. The one in the ‘Old Town’ of Edinburgh was awesome. You can’t just have them anywhere, though, the venue has to be right – London, Edinburgh, Blackpool, theses are world class events and need famous venues. 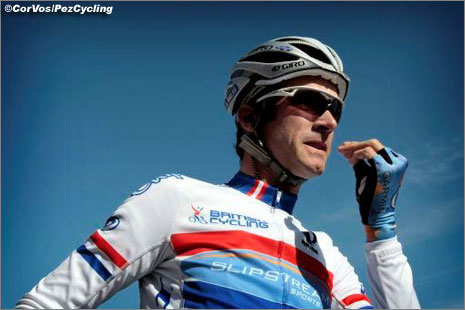 You can count on David Millar lining up this winter.

PEZ: And how about rider management?
James: Our business plan was originally athlete management but we’ve gone towards event management and decided to focus on just David and Mark Cavendish – who is also one of our clients. We’ve built up a relationship based on trust with Mark.

***
And they’ve built up those Revolutions nicely, too.