Rider Interview: The SEG Racing Academy boys have been busy racking up the wins and Ed Hood has followed on from his recent interview with Cees Bol with a catch up with Stephen Williams. The young Welshman has added to the SEG success with his recent exploits in the Ronde de l’Isard. Take it away, Ed. 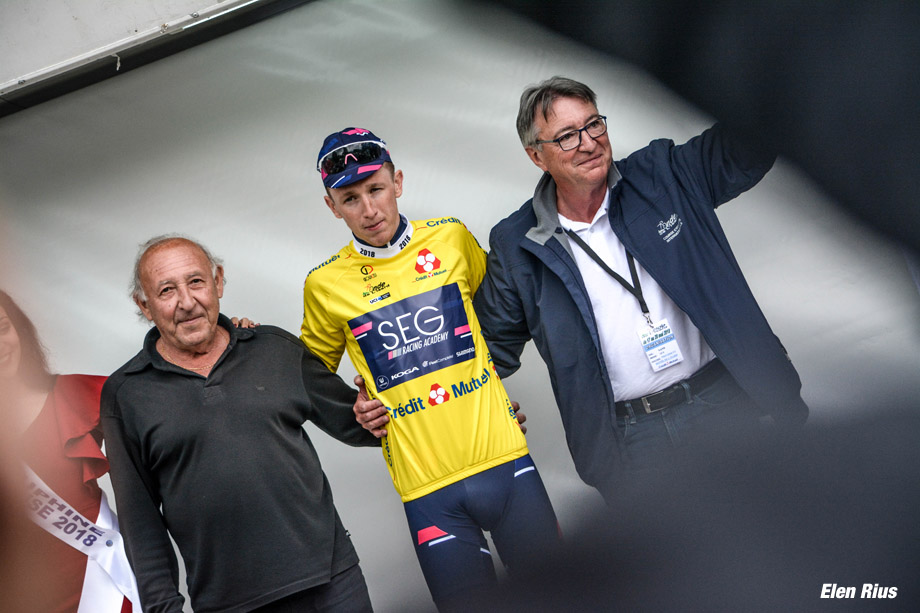 Last year we spoke to SEG Racing Academy’s young Welshman Stephen Williams about his successful season, including a strong ride in the top line u23 stage race the Ronde de L’Isard. However, this season his ride in that event was beyond ‘strong’ – taking two stages and the overall win. Best ‘have another word’ we thought to ourselves. . .

PEZ: Congratulations on a terrific performance, Stevie – you rode very well in L’Izard last year – was it always a big goal for 2018 – did you do specific preparation?
Stephen Williams: Thank you, definitely, after doing a promising ride there in 2017, I was always looking forward to coming back and improving on last year’s result. To take away two stage wins, GC and KoM from the race are great for my confidence going into the next races.

PEZ: The first stage and your first win – tell us about that.
Ever since seeing the parcours for stage one, it was always a target for me to try and take out the stage, the final was a short climb of around three kilometres with some steep parts, that kind of finish is perfect for me. After being constantly looked after throughout the stage by my teammates, I decided to attack right at the bottom of the climb and go long, bridging to my teammate Daan Hoole, who was in the break, he was able to give me his last turn before going on to take a solo win.
I was so happy with the win. 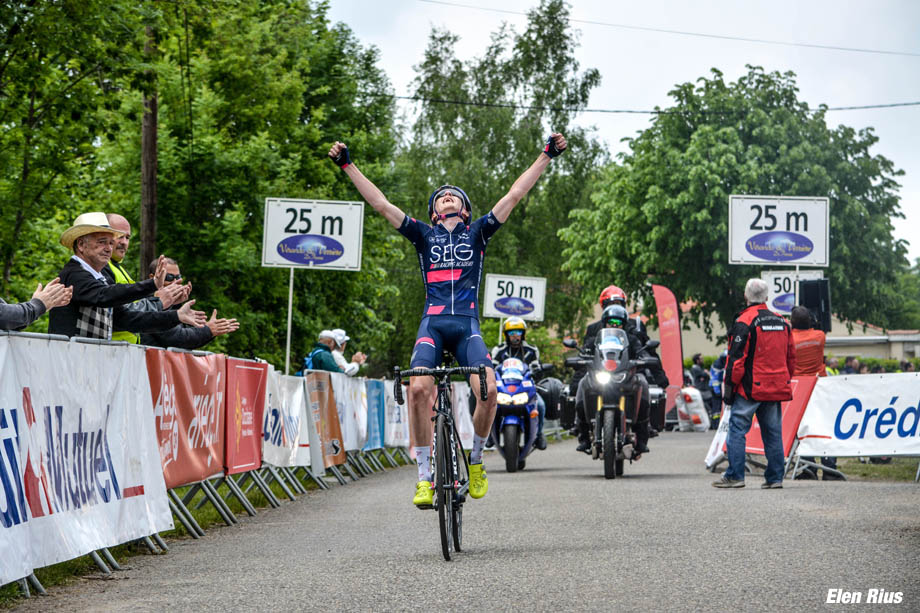 PEZ: Then a win in the maillot jaune, that must have been special?
Honestly, it was probably the best day I’ve had on a bike, after having good legs the day before, I knew that I’d be up for the stage again. A big break got away at the start of the day, a little too big to be honest but we had my teammate Ide Schelling present in it. Fortunately, there was a lot of teams who wanted to ride for the stage so we got help bringing the group back, my teammates did a great job of controlling everything and we caught them on the footsteps of Goulier Neige. It was then a whittling down process, with my teammate Jan Maas setting a nice tempo for the first half of the climb. I then just waited to see how it played out; with one kilometer to go I followed wheels and went over the top with 500m to go and managed to take a solo win in the yellow jersey. To take this win on the top of an iconic climb in that jersey was something I only dreamed of.

PEZ: Tell us about your defence on the last two stages – and those punctures!
It was a really hard race and my teammates were unreal in the four stages, I couldn’t have done it without them. It was unbelievable as we didn’t had any punctures the whole race, but than bad luck strikes on a decisive moment in the race! They protected me all the time and put me in position before every climb. I was really well looked after, and even when I had both flat tires there was someone next to me to give me his wheel. To be honest, I felt like my race was over when I punctured with 15 km to go, but I had no other choice than to take risks in the descent and push the pedals as hard as I could, luckily it worked. 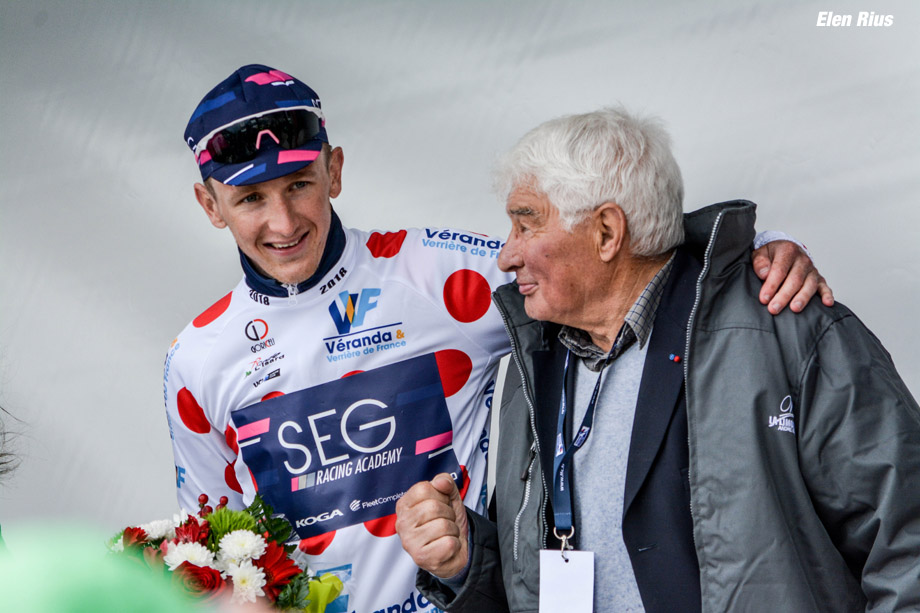 PEZ: You started the season well, just off the podium in the Ronde van Zuid-Holland.
Yes, I came in fourth but I was very happy to see that two of my teammates went one-two. Those races are not the ones that best suit my riding style but if I want to fight for GC in stage races I have to learn how to survive in flat, windy and wet Dutch races.

PEZ: And top 10 in Liege-Bastogne-Liege; is that one for the future?
This was a big goal of mine, after deciding to miss the Commonwealth Games in Australia, I wanted to do a good result in Liege, a big break got away in the first hour, 14 guys I think, my group caught 11 at the top of Saint Nicolas, but 3 guys had already gone clear. So it was a case of riding fourth. To come away with a top 10 wasn’t my plan, but I had good legs which gave me good feelings going into Bretagne and Isard. 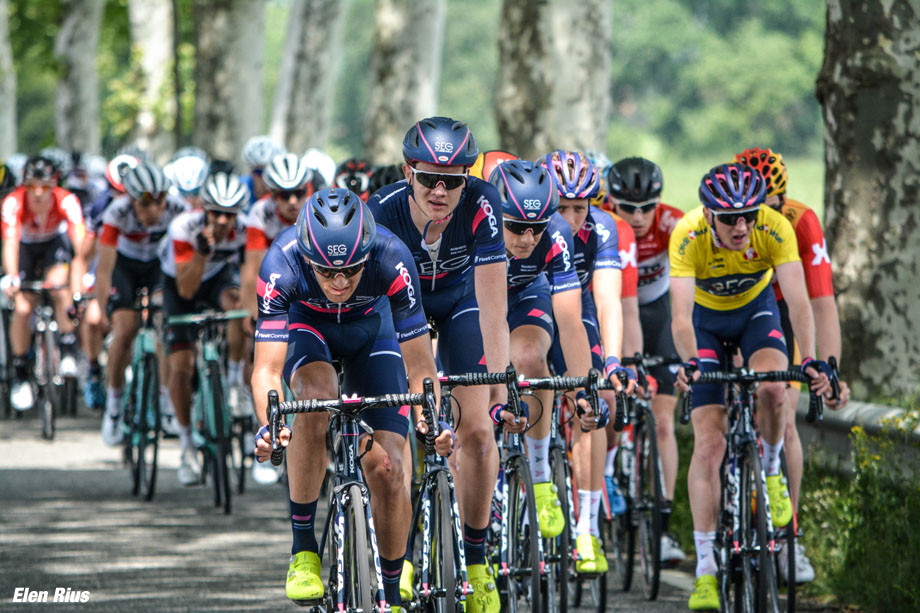 PEZ: Tell us about your winter preparation.
At the beginning of the season I stayed for one month and a half in Greece, including two training camps with the team. That allowed me to focus on nothing but my bike and the weather conditions and the roads were ideal. Being able to solely focus on cycling at that period of the year really helped me to build a solid base for the season.

PEZ: How is the language coming along?
Dutch is a difficult language, but I am trying to get better at it. However, we are an international team so communicate with each other in English all the time. 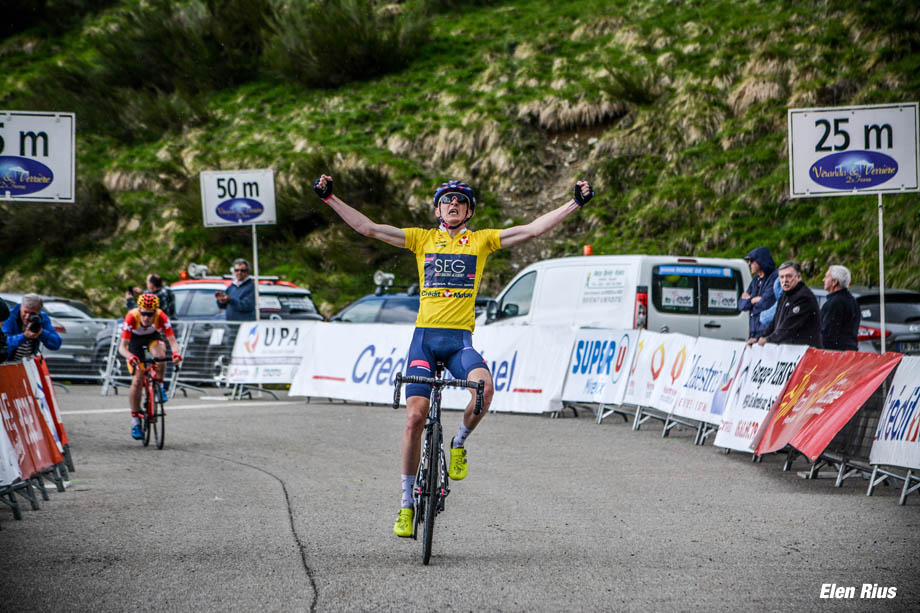 PEZ: SEG have had a great start to the season; that success must be good for your motivation?
Yes, it’s very motivating to see the team doing so well, with the results coming in every other day it makes you step up, but it shows that the training camps and all the work we did early in the year paying off. 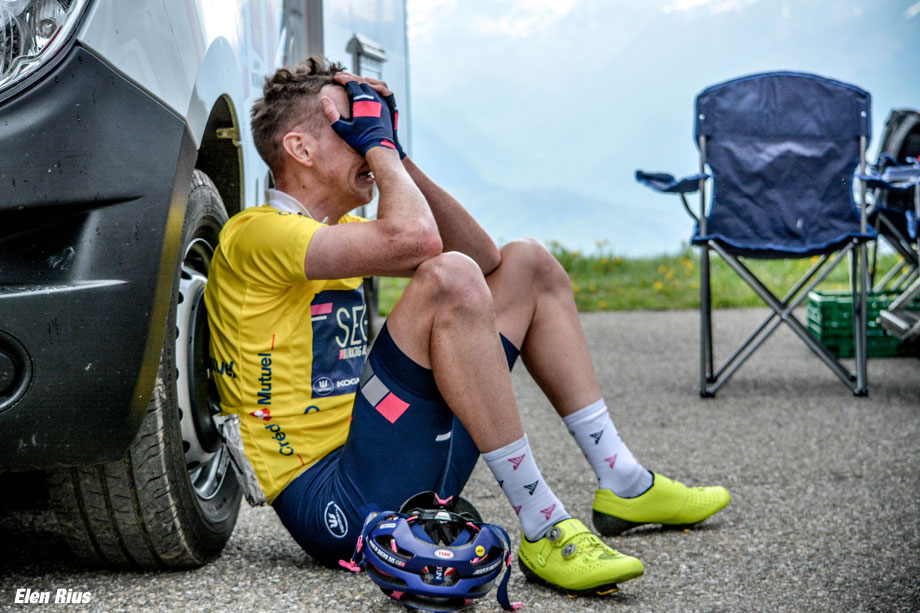 PEZ: Cees Bol is going very well and your ex-teammate Fabio Jakobsen hasn’t taken long to settle into World Tour life, that must encourage you too?
Yes it is, both of these guys are doing really well, Fabio winning multiple races in his neo-pro year is great to see, I’ve spent a lot of time with Cees this year, it’s great to see him doing so well, after the bad luck he suffered in 2017.

PEZ: What’s next on the agenda?
In the next few days I will be leaving to go to Greece for a training camp before the Giro u23. After that, I will race the Nationals Championships in the UK at the end of June and afterward, I’ll have a little break and plan my second part of the season. 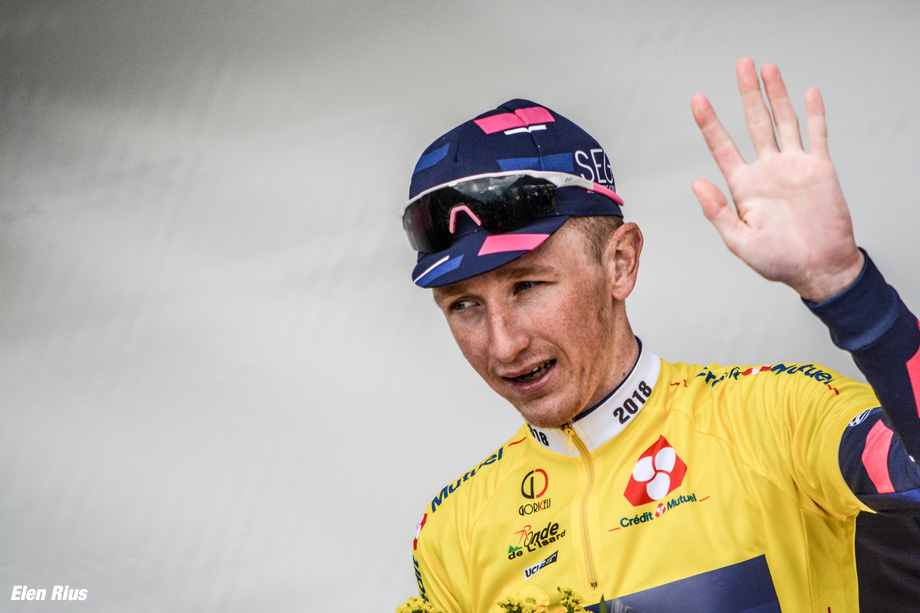 PEZ: Have GB been in touch about selections?
No, I don’t know anything about it yet, but the season is still young. Right now I am focusing on enjoying what is coming and training hard for the u23 Giro. If that goes well everything else will come along the way, I love racing with Great Britain, so hopefully, some opportunities will come if things are going well.

PEZ: Zoncolan – did you watch on TV and do you fancy trying your hand there, one day?
Unfortunately I couldn’t watch it live because we were racing as well in l’Isard, but of course it is an iconic climb and I believe that all riders dream about winning up there.

# With thanks to Stevie and SEG Racing Academy Communications Executive David Soteras. # 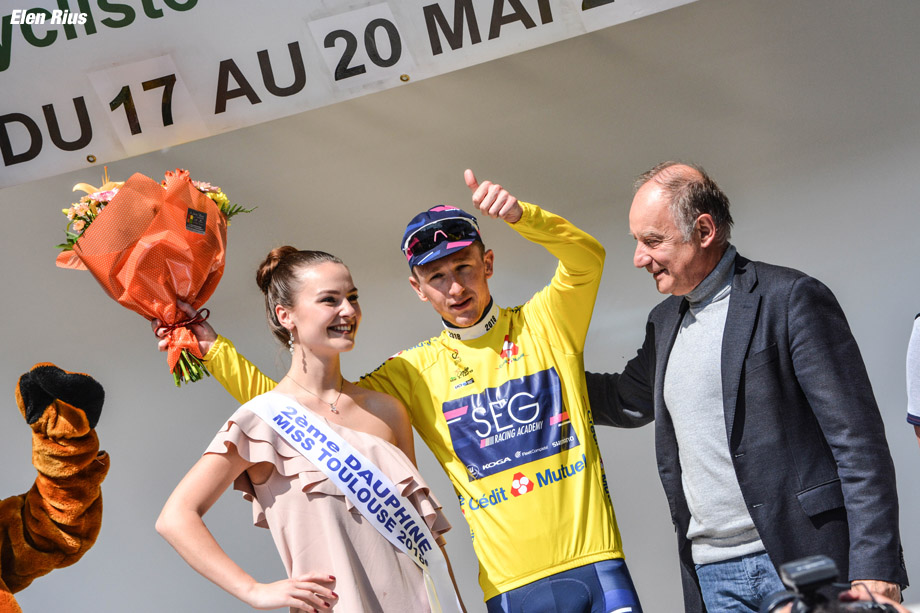