Rider Interview: From Cervelo Test Team to SKY to OmegaPharma-Quickstep, Belgian strongman Serge Pauwels has done all the big races at the top level. He’s now signed for the most active team on the 2015 transfer market – MTN-Qhubeka as they strengthen their stocks for next year – we caught up with Serge at the Worlds for a chat about his move.

After five years riding on two of the biggest teams on the planet; two years at Sky then three at OmegaPharma-QuickStep it’s perhaps surprising to see Belgian domestique deluxe, Serge Pauwels move down to Professional Continental level.

However, like Edvald Boasson Hagen, Theo Bos, Matt Goss and Steve Cummings he’s gone to a team where it’s not just about column inches and TV time; although that is in the mix – MTN want to keep selling those mobile phone contracts. But the Qhubeka part of the team is about getting African children on to bikes, so that they don’t have to walk 10 miles to school and just maybe can pin on numbers, one day.

Serge took time to speak to PEZ during the Ponferrada World Championships, between the TTT and Elite Road Race.

PEZ: Three years at Omega Pharma Quick Step Serge, it must be a wrench to go?
For sure, I had a good time at Quick Step but it’s my choice to leave – not out of unhappiness but in search a new step, a new challenge. 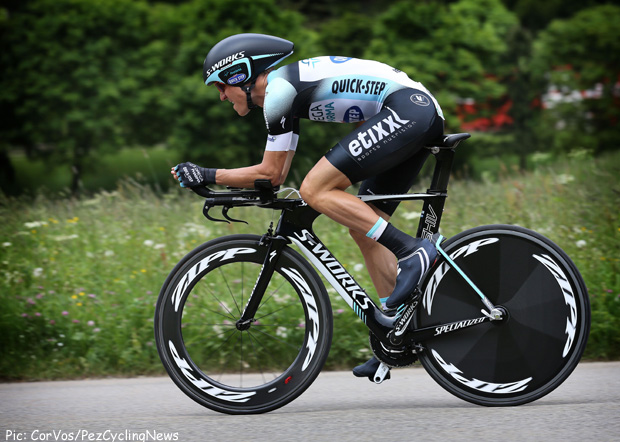 PEZ: The Belgian Media are always very vocal about a Belgian guy moving out of the country.
For the moment they’ve not really spoken about it – but the press release has only been out a day or two. I think they’re more concerned about the outcome of the Worlds in Spain. The important thing for me is that I’m happy with my choice.

PEZ: How did you make the MTN connection?
Through Brian Smith (ex-double British professional Road Race Champion, ed.) I know him from my time at Cervelo where he helped recruit that team. We talked about making MTN stronger – but I’d already said to my business manager that I liked the look of the team – so all the pieces of the puzzle fitted. 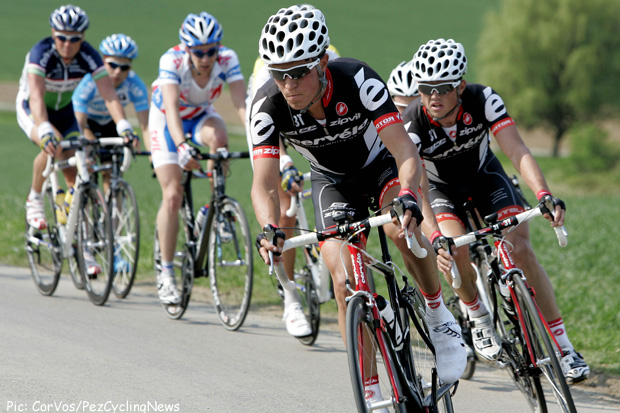 Serge riding with Simon Gerrans at Cervelo in 2009

PEZ: The programme is harder to frame with Pro Conti, isn’t it?
You have to rely on wild cards for the really big races but I think there will be plenty on offer – the team has ridden well in the Classics, Suisse and recently, the Vuelta. The team will be even stronger but a lot will still depend on our early season performances.

But with Boasson Hagen, Bos, Goss and Cummings all with good motivation in a new environment I think we’ll do well. I don’t consider my move a downward step, I’m the same person, the same rider but with more opportunities – it’s a step forward. And there’s more to my role; I’m there to help the young guys – that carries a lot of responsibility. I’m totally happy, maybe we’re not Pro Tour and sure of an entry in all the big races but I think we’ll be there.

PEZ: It must be an interesting challenge to work with the young African guys?
You sometimes wonder why cycling is a predominantly white sport when you look at how well the African nations fare in athletics. The Kenyans and Ethiopians dominate middle and long distance running. There’s a gap in the culture which we’ll try to fill. The Qhubeka initiative gets young African kids on bikes – and that’s where it all starts. It’s fundamental, a really nice project.

PEZ: Will you be going out to Africa?
Normally the team goes out there at the end of November but it’s not been exactly decided, yet.

PEZ: How many races do you still have with Quick Step?
Not so many, a couple of smaller races in Belgium then Paris-Tours is my last one. I take two or three weeks off, go on holiday for one week then start running, gym, riding the bike in November.

PEZ: Do you have a coach and how has training changed in the decade you’ve been a professional rider?
I was working with the team coach at QuickStep so I’ll need to decide what I’m going to do. But as for training methods I adopted the power meter early in my pro career.

It’s the software which has changed – there’s more detail and data behind it. But you have to remember that numbers aren’t everything and a rider has to feel his body and understand if he’s lacking something.

PEZ: QuickStep losing the Worlds TTT?
Well, I thought it would be close and that this year there was probably less chance of them winning than the previous years. For instance, they didn’t have Uran in the team, he’s out with illness.

PEZ: What are the biggest changes you’ve seen in the sport?
There’s much more coaching and at World Tour level the riders get taken much better care of than they did a decade ago. At QuickStep we had a nutritionist, coaches, wind tunnel availability and Rolf Aldag full time on looking after and developing the equipment.

PEZ: And is the ‘buzz’ still there for you?
For sure! I certainly don’t see this as my last two years; I’m really motivated and it’s especially good to be with a new team – I’m happy! 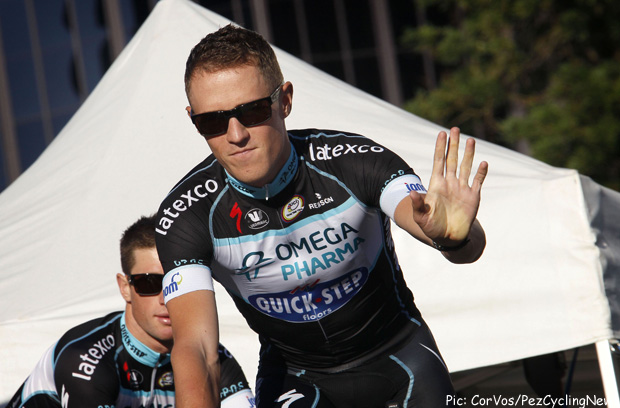 PEZ: And who’s going to win the Worlds?
Gerrans – I saw him in the Canadian races and he’s going to be hard to beat. Van Avermaet is going well and if it’s a sprint Bouhani; but there’s 4,000 metres of climbing – so whoever wins has to be a good climber.

# Serge was close; Gerrans was second, Van Avermaet finished fifth and Bouhanni 10th but like most who named the potential winners – including me – he overlooked a little Polish chap named Michal Kwiatkowski . .. .