When you ask six day riders from the 90’s who the coolest guy on the circuit was, more than one will say; ‘Carsten Wolf, the GDR (German Democratic Republic – East Germany, to us) rider.’ I’ve been trying to track him down for ages – but recently, at the Zьrich Six, who should wander up to the ‘Team Kris’ cabin at but Mr. Wolf. An interview was organised in ten seconds, flat.

Wolf was a star from the start, world junior pursuit champion in 1982 and a silver from the junior team pursuit, just so the gold wouldn’t be lonely.

In 1983 he was a member of the second placed squad in the world amateur team pursuit championship – and also in the East German team which again took silver in ’87 – and showed his road potential by taking the prologue in the fiendishly fast Olympia Tour of Holland, eventually finishing third on GC. 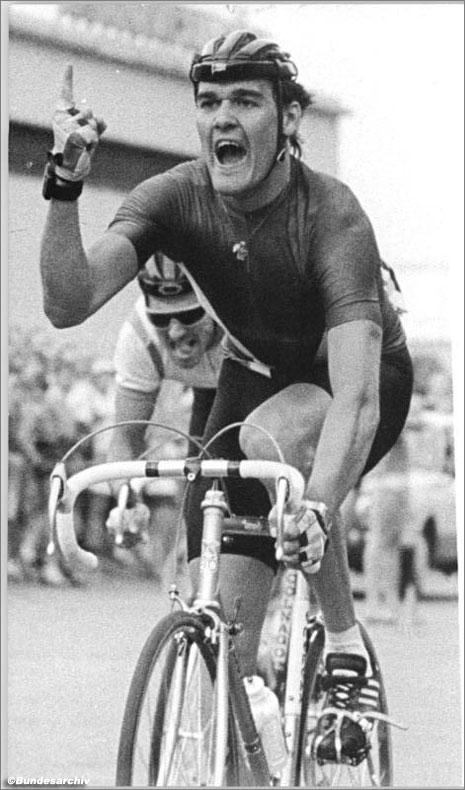 Further stages in the Olympia Tour followed in ’87 and ’88 with an Olympic silver in the team pursuit his reward for the long trip to Seoul.

One year later he was again a world champion, in the 1989 team pursuit.

He rode for Team Telekom in 1991 and 1992 before settling on the small German Meridia team, which gave him the freedom to pursue his six day ambitions.

He won four sixes off 75 starts, Cologne and Zurich in 1994 with Urs Freuler and then Bremen and Stuttgart in 1997 with Andreas Kappes.

PEZ: Thank you for talking to us, Carsten – how does Zurich 2011 compare to Zurich ’94?
Carsten Wolf: I live in Majorca now but I come here each year to visit my friend, Urs Freuler and watch the race – but today it’s a different Zurich from the one I knew.

Back then the last chases ended at 5:00 am; the races now are much shorter; the longest race here is 300 laps, 60 kilometres – in my day the chases were 100 kilometres.

But long chases are not what the public wants, these days.

I also see that the riders have changed, everyone is so serious, there’s no fun, no personalities.

The last guy who had a big personality was Michael Hubner, the sprinter. 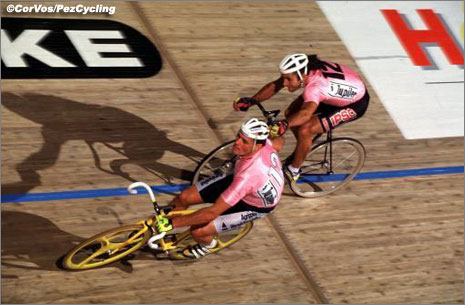 PEZ: You came up through the GDR sports school system.
CW: Yes, it was a very hard but very good system; when you were 14 you left your parents to live at the school.

This was very tough with a lot of pressure, but it built your personality – made you self sufficient.

I had a very good trainer, Peter Becker – he was also Ulrich’s trainer.

PEZ: Why the six days ?
CW: It was my job – and I liked them because they were fun, there was no wind, no rain, it was warm, the atmosphere with all of the people was great – and the girls, of course !

When I was with Telekom I spoke to Walter Godefroot, he said that I could ride maybe one or two each year.

But that wasn’t good for me -there were two seasons when I rode 17 from October to February, full gas, all the way though – so I went to the small Meridia team where I had freedom to ride my own programme.

The team wasn’t so big at that time, Hennie Kuiper was in charge and then Godefroot came in. 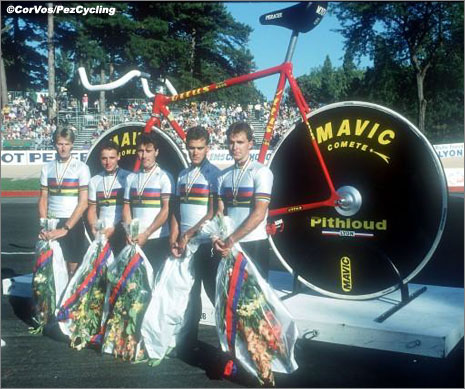 PEZ: You were always very well turned out – ‘cool’ guys say.
CW: Yes, it’s just my character, I liked my equipment and my clothing to be correct – maybe I took that from Urs Freuler, he was the same way.

PEZ: How did you prepare for the sixes ?
CW: It’s very important that you ride a good road programme; I wasn’t with a big team but I rode a lot of criteriums and I also did mountain bike races, which are very hard.

I was part of the six day circus from October to February; then I would spend from the end of February through March in Taiwan and Red China working with Meridia (frames) on product development.

PEZ: And you rode 17 six days in one year ?
CW: Yes, I did that twice, from October to February, full gas, en bloc including races in Colombia and Argentina. 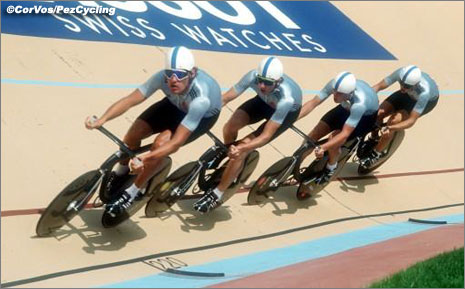 PEZ: Which was your favourite six ?
CW: It’s hard to say, there wasn’t one which I would say is my favourite; Berlin was my home six and I loved it, but I really liked to ride here in Zurich with Urs Freuler.

Urs was more than my partner, he was my friend and mentor.

Bremen was also a home race for me, I lived there for five years – and I loved the Bordeaux six day, too.

The people are always good – it’s the some of the organisers who are not so good.

PEZ: Which was the toughest six ?
CW: Munich, it was the world championship of six days – but I never liked it.

The organiser was not so good and the Bavarians . . .

PEZ: Who was the partner you most enjoyed riding with ?
CW: Urs Freuler, he had a very good character – he was good with people, a diplomat.

I learned from him, not just about the six days, but about life, too.

As far as the riders I race against, the one who probably impressed me most was the Italian, Silvio Martinello – he was very classy.

PEZ: Do you get to see many six days, nowadays ?
CW: Only two, Zurich and Berlin, but it’s difficult for Berlin now because I work with a bike tour company in Majorca and at the time of Berlin people are starting to come to the island.

I still follow the results of the six days on the internet, though. 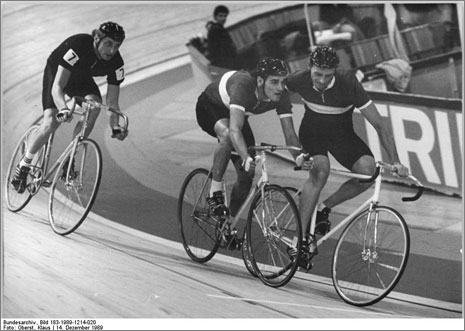 PEZ: What do you put the decline of the six days in Germany down to ?
CW: It’s a difficult question but I think the organisers must take a lot of blame.

They don’t change with the times and you can’t tell them anything; they have the same show, the same music . . .

Here at Zurich, Urs Freuler was one of the first to make the changes with shorter races and a different show.

But in Germany they don’t change – they don’t take their blinkers off !

PEZ: Regrets ?
CW: No, none – we all make mistakes in life but I wouldn’t change anything.