‘A 39 ans, il sera le doyen des coureurs engages sur cette edition des 6 jours,’ says the programme – the oldest man in the race, Jules Pijourlet is less than half his age. Danny Stam of Alkmaar in Holland, a man who has won 16 six days in his career has decided to call it a day, this will be his last ride here; with his final race being Copenhagen in February. PEZ recently sat down with the Dutchman.

His first noteworthy result was a bronze medal in the Dutch national Derny championship in 1991, it took him five years to get to the top of that podium and another four until he and Robert Slippens won their first Dutch madison championship in 2000.

They repeated the feat in 2002 and took the European title to boot.

Their first six day win came at Amsterdam in 2003, with Danny’s 16th and last win – with Leon Van Bon – coming in Rotterdam earlier this year. 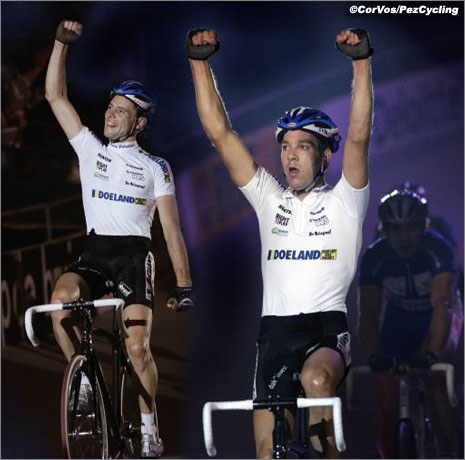 Of the 16, some 11 came with friend and compatriot Robert Slippens; they achieved this off 63 starts together, making them number 10 in the all time most successful team rankings (based on points for first four finishes) – headed by Bruno Risi & Kurt Betschart with 37 off 130 starts.

As well as National and Euro title success, Danny has a Worlds madison bronze and two silvers to his credit. 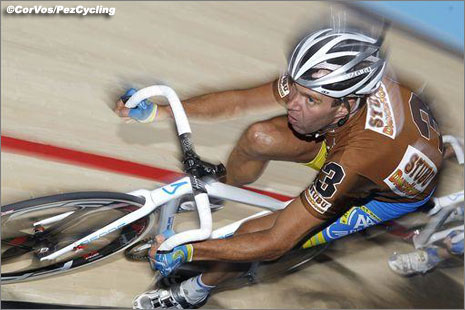 We caught up with him on night four of Grenoble as the flying start time trial swirled around us.

PEZ: Give us your stats please, Danny.
Danny Stam: I have 16 wins but I’m not sure off how many starts, somewhere around 110, I think?

PEZ: Which was your first six, Danny?
DS: I think it was Dortmund, it was very tough, we didn’t even know about cabins or anything like that.

We knew it was a good atmosphere at the sixes and there was a good living to be had from riding them; but we had to fight very hard to break in.

There were some big names riding in those days – McGrory, Martinello, Baffi, Villa . . . 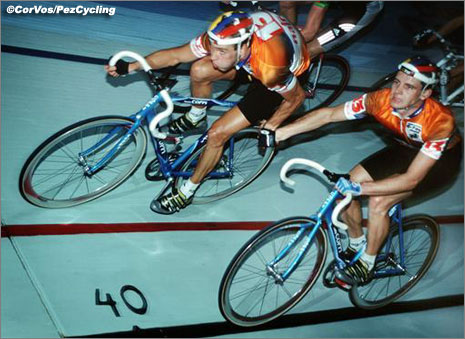 PEZ: You’re best known as riding with Robert Slippens but he had to retire after a bad crash.
DS: The year that Bob crashed we won five races, so all of a sudden the future became very different for me.

It wasn’t just about riding the races, we travelled together, were good friends and when he retired, for sure I felt a little bit alone. 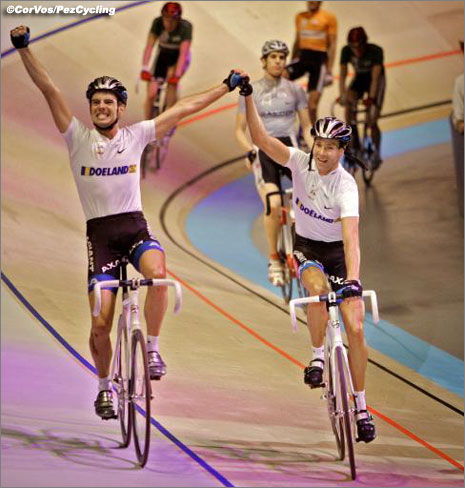 PEZ: How much of a difference to the sixes did Bruno Risi’s retirement make?
DS: Bruno Risi was one of the biggest stars of 20th century track racing, when he stopped it left a big gap that I don’t think will ever be filled.

Iljo Keisse is a very special rider with good qualities for the crowd – but it’s not easy to replace Bruno Risi. 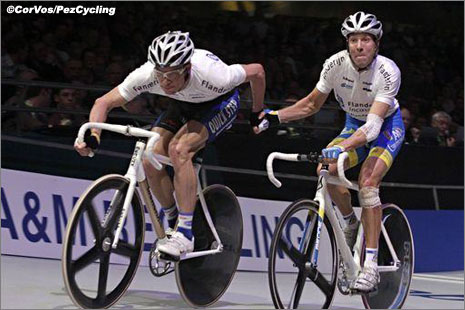 PEZ: What’s the biggest change in the sixes you’ve seen in your career?
DS: When I started there was more of a family spirit with the riders when we were off the track; this generation sit and look at their iPhones and iPads between the races.

And the madisons are much shorter, the longest chase here at Grenoble is 35 minutes – it used to be that the chases were 100 kilometres; then you could really see who was strongest.

But that’s what the public want – they don’t want to wait two hours on the result.

PEZ: Why quit, you’re still competitive?
DS: There’s a time to come and a time to go – I don’t have fun like I used to in the sixes and I have other things to do in my life – I’d like to spend more time with my family, for example. 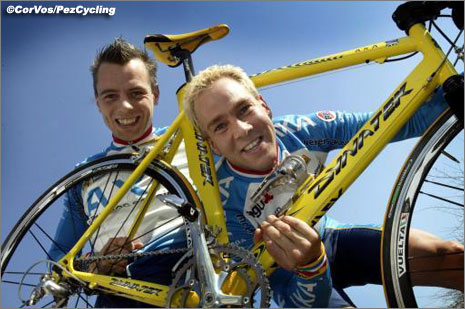 PEZ: Which will be your last six; that will be emotional?
DS: Copenhagen – I hope to have a good season and finish on a good note; they had a small ‘farewell’ for me at Amsterdam and I didn’t get too emotional about that.

I don’t think I’m making the wrong decision – it’s time for the new, fresh faces to come through. 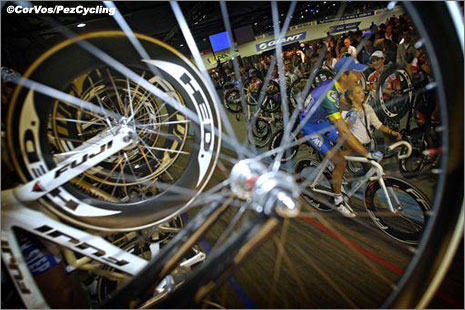 PEZ: Your favourite six day?
DS: My home six days of Amsterdam and Rotterdam – but the crowd at Berlin makes that a very special race.

PEZ: What do you think about the Grenoble format?
DS: It’s not a heavy programme but it’s certainly a real six day – there are chases, points, devils, sprints . . .

It’s not the best six day for me, it doesn’t really suit my characteristics with the chases being so short but the race is successful and the future doesn’t look so bad for it.

PEZ: Why the decline in the six days?

The sponsors can only spend the money once and just now they don’t want to spend it in cycling.

But it’s a cycle, when I started there were only nine races, but I’ve raced seasons when there were 16 six days.

PEZ: What would you change about the six days?

DS: I’d do more with the kids, the young kids, they’re the future and you have to invest in them.

PEZ: What would you say was your career high light?

DS: Every victory has its own story and maybe you win a six day and think; ‘that was my best win ever,’ but then the next year you win one and think, ‘maybe this was my best win?’

The time I took silver in the Worlds madison in Majorca with Peter Schep was one of my best days and one of my worst – we won silver but lost the gold by just one point.

DS: I will stay with my AA drinks team as a manager, so I will be staying in cycling.

DS: If I was 20, I would do the same again I think, with just a few little changes; but I look back on a good career, I’m happy with it.

PEZ In The Trenches: The Grenoble Six Finale!