Last year’s pursuit bronze medallist and 2006 under 23 world time trial champion, Dominique Cornu of Belgium must strike a delicate balance with his career – achieve road results to sustain his living and push for results on the track wholly independent of his team’s wishes and goals. It’s a tough path to follow, but Cornu is confident in his direction. Ed Hood recently spoke to the pursuit specialist.

Click the thumb for a big view of Cornu in action!

Jack Bobridge recently took world 4000 metre pursuit record down to 4:14; Welshman Geraint Thomas’s tenure as world record holder was short lived. And American world champion, Taylor Phinney must be feeling just a little twitchy. All of these young men have one thing in common – federations and/or sponsors prepared to let their riders devote time and money to the pursuit of Worlds track medals.

Despite taking a fine bronze medal in the pursuit last year, Cornu has to fit his excursions on to the boards into a busy road schedule; in a world where what really counts are road results. We caught up with the SKIL-Shimano man as he piled in some big miles at Benicassim, in Spain.

PEZ: How’s the weather, Dominique?
Dominique: It’s good, 15 degrees, it was so cold in Belgium that I decide to get away and do some good long training runs and hill work in decent conditions. 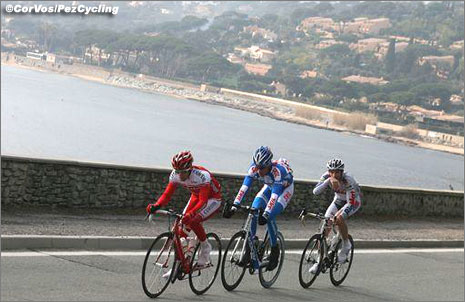 Not long after the team training camp, Cornu played a big part in a stage at the Tour of the Mediterranean in the day’s break.

PEZ: A Belgian pursuiter, there hasn’t been one of them for a long time.
Dominique: It’s not something I’ve always done, but every year I’ve done one or two competitions and got better and better without specific training – smoother.

PEZ: Did your previous teams, Lotto and QuickStep support your pursuiting?
Dominique: No, but they let me do it – big teams won’t support you for track racing, the results aren’t important to them. 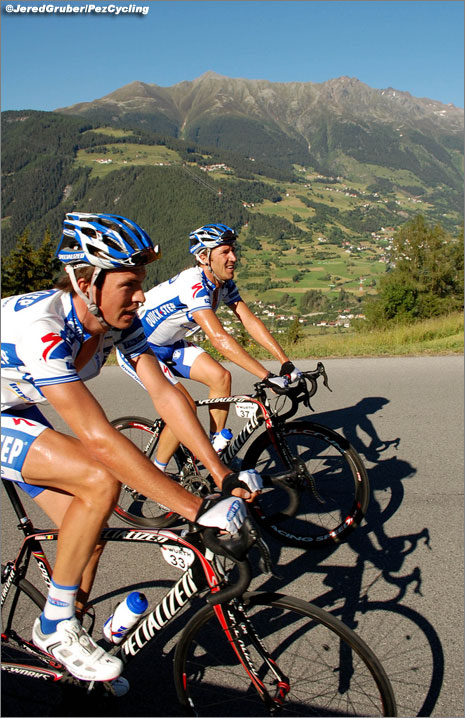 PEZ: Are SKIL supporting you?
Dominique: Again, they’re not supporting me,but they’re allowing me to do it.

PEZ: You were track testing at Appeldoorn, recently.
Dominique: I have a new Koga machine and we were trying it out; with a new bike, it’s always good to check it out to make sure the position is correct. The bike is a special for me, it’s good but I need to spend more time riding it. We tried out the new SKIL skinsuits, they’re very good, but unfortunately, at the Worlds I won’t be able to ride in one – it’ll be a federation suit. They’re a few years old but still pretty good. 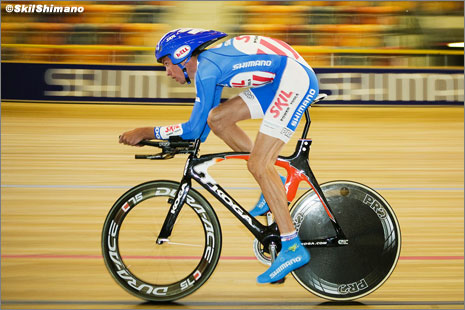 PEZ: How much specific pursuit training will you do, before the Worlds?
Dominique: It’s difficult, the road teams only allow one week, one month would be much better, but one week is all that they’ll give you.

PEZ: What’s your programme into the Worlds?
Dominique: The Tour of the Mediterranean, The Ruta del Sol and Paris-Nice – I think that’s hard enough! Then I have ten days until the Worlds; I’ll need a couple of days to recover then a week to practice. 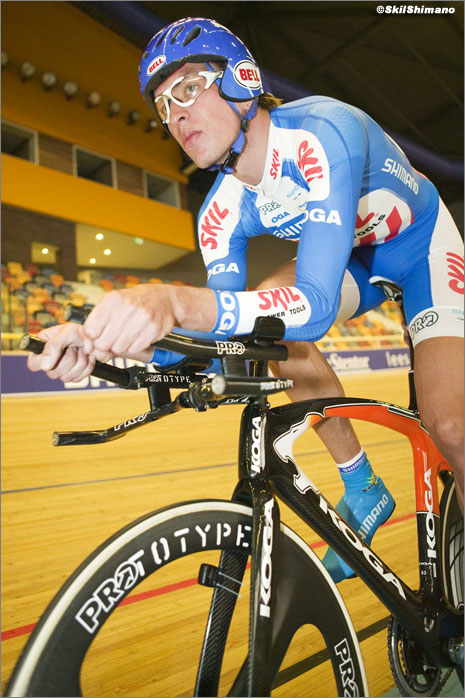 PEZ: What sort of work will you do?
Dominique: You need to get your body used to the effort; I’ll practice my starts, do flying kilometres and two kilometres and maybe a four kilometre test.

PEZ: How much recognition did you get in Belgium for your bronze?
Dominique: The track world in Belgium is really small, nobody cares about my medal in the Worlds. 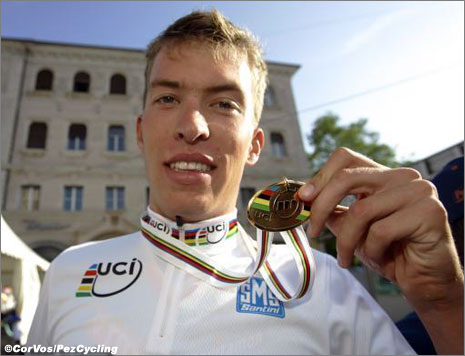 U23 World Time Trial Champion: and don’t you forget it.

PEZ: Isn’t it difficult to have to be fit for 12 months each year?
Dominique: After the 2009 Worlds TT I was mentally over and done. I had two weeks off the bike, then I had a couple of weeks on the track to get ready for the World Cup at Manchester. I thought; ‘if I can do 4:22 or 24 that should be good enough to qualify me for the Worlds.’ But I felt good and did 4:17 to finish second – that means I qualified for the Worlds early in the winter.

PEZ: It looks like being a tough competition.
Dominique: There are a lot of fast young guys; but at one time I didn’t think I could do 4:17. It’s not realistic to think that you’ll just get faster and faster and it’ll be difficult to get down to 14 or 15, but you have to believe, or already you’re beaten, riding for third or fourth. But it’s difficult with my road commitments. 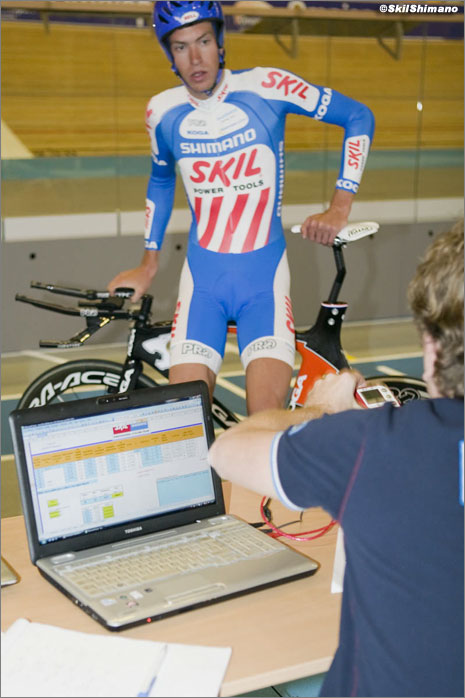 PEZ: What are your ambitions, on the road?
Dominique: I want to see how far I can go, especially in the Ardennes Classics; Liege-Bastogne-Liege, in particular. I want to improve my time trialling and hopefully, if our team gets a wild card, ride the Tour.

PEZ: What’s it like going from Belgian teams to a Dutch one?
Dominique: For sure there are differences in the mentality of the two nations; at Skil it’s relaxed, we’re working but having fun. The Belgian teams I was on were Pro Tour, so there’s a lot of pressure. I think it’s easier to talk to Dutch people, they are more open, they say what they think – they’re not lovely in the face but angry in the head. I like it that way, if there’s a problem then discuss it.

***
“lovely in the face but angry in the head” – I must remember that one! with thanks to Dominique and Bennie Ceulen at SKIL for organising the interview. We wish the big man all the best for Copenhagen, next month.