Out of the kitchen french windows, it’s hard to see where grey River Forth ends and heavy grey sky begins – on the other end of the phone is Team Sky’s Serge Pauwels; ‘I’m on the Costa Blanca, it’s 21 degrees, I just did four hours in shorts and short sleeves.’ Rather than risk being house bound by the ice, snow and winds of Northern Europe, the 26 year-old from Edegem in the Flemish province of Antwerp, follows the birds south to do his training for what will be the biggest season of his life.

Cervйlo is a high profile team, but ‘only’ Pro Continental; Team Sky are Pro Tour and aiming to win – with Bradley Wiggins – the biggest race on the planet; le Tour de France. Here’s what Serge had to say to us, a day or two after Christmas.

PEZ: You had two seasons amateur, with Rabobank, Serge.
Serge: Yes, but I didn’t move up to their Pro Tour team because I broke my femur in the second year. I was racing as Elite without contract in Belgium when Chocolade Jacques gave me an opportunity to sign – I didn’t hesitate! I had three good years there – Topsport was the sponsor for the last year, but otherwise it was the same structure. It was good because you got the opportunity to do some of the big races but you weren’t racing at the highest level – it was a great introduction to good quality pro racing. 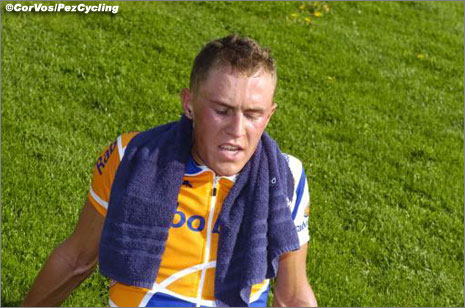 A young Serge Pauwels after finishing the U23 Liege-Bastogne-Liege in 2005.

PEZ: Cervйlo, you only signed for one year?
Serge: That was to give me the opportunity to take better offers, if they arrived.

PEZ: 2009 was your break through season.
Serge: It was a combination of things; I took my last university exam in January 2009 – and that was the first time that I could concentrate 100% on cycling. And there was the fact that Cervйlo was a really professional environment. Then, I went into the Giro in good shape and it all came together – I always had it in me, but it’s harder to demonstrate it when you’re with smaller teams. 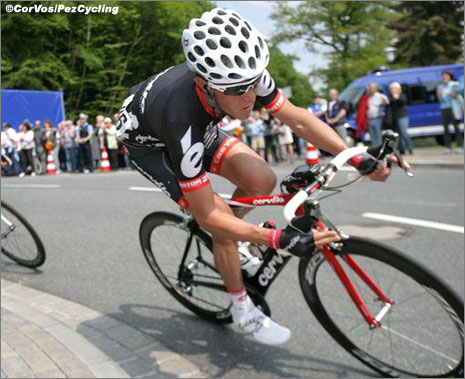 PEZ: There was a disappointment for you in the Giro, though.
Serge: Yes, I was away with Bertagnolli, we were clear – he went on to win the stage. But behind, Basso attacked and Carlos Sastre wanted me back to help chase him. However, the fact was that Basso had sat up and was drinking from his bottle, when I was ordered back. It looked stupid to people
who saw it on TV, but the monitor in the team car wasn’t working, so they didn’t know what was happening. For sure, it was very disappointing for me; I know I could have won that stage. After the season finished, I felt that there was something missing – I should have ‘Giro stage winner’ behind my name. But the incident made my name well known and then I had a very good last week in the Giro. 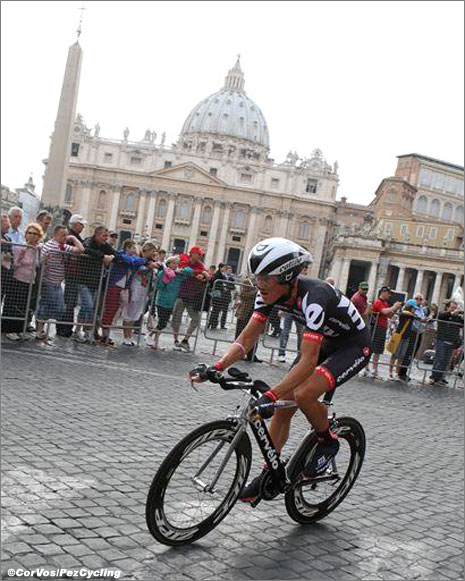 PEZ: How did you get the ride at Sky?
Serge: Scott Sunderland was involved with Cervйlo, he always followed my career and believed in me. We talked after the Giro and so far, I’m very happy with what I’ve seen – very professional.

PEZ: Have Sky maybe upset a few folks – like Garmin with Brad and Katyusha with Ben Swift – before a pedal has turned?
Serge: That’s a good point, but one I haven’t actually thought much about. On the other hand, having Bradley in the team is central; no Bradley, no Tour! 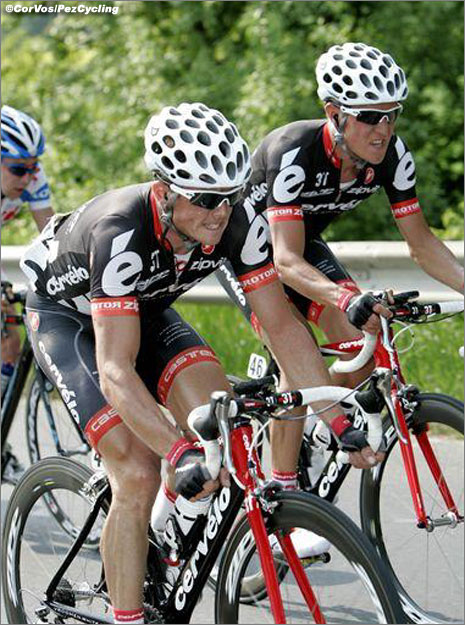 Gerrans and Pauwels will be teammates again this year on Sky.

PEZ: How’s the new Pinarello with the electric shifting?
Serge: Good; I’ve had my bike since the first team get together in Manchester. All the riders say the same about the Shimano electronic, that there are absolutely no ‘bugs’ in at all. The production cycle is perfect, everything works really well.

PEZ: Has your role been discussed?
Serge: The plan is for me to work towards the Tour in 2010 with my role more or less the same as at Cervйlo, but to assist Bradley, rather than Carlos – that will be an honour.

There will be opportunities for me to take on my own, though. We’re not a defensive team; not with riders like Lovkvist and Boasson Hagen – it’s not just Bradley who will do the batting.

PEZ: How did the first team get together, at Manchester, go?
Serge: It was really good, really professional and confirmed what I already thought about the way the team does business. We have a psychologist, a nutritionist; everything you could want – and all of the support staff are highly motivated. The official team launch is on Monday January 4th then we go to Valencia for our training camp on the 5th. 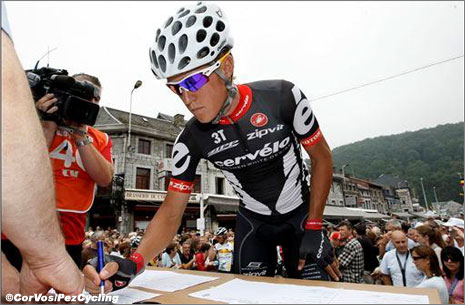 Pauwels emerged as one of Belgium’s top talents in 2009.

After that, I have a rest before the Tours of Luxembourg and Switzerland – then it’s the Tour. 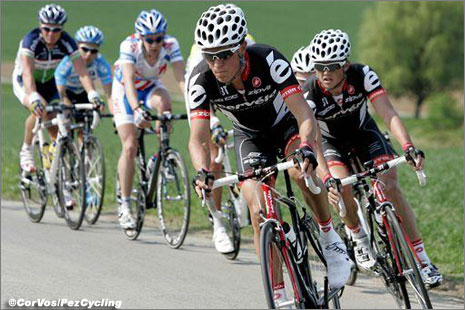 PEZ: What’s your favourite race?
Serge: I used to say Liege-Bastogne-Liege; but that was before I did the Giro. Of course, the 2010 Tour is my big goal, it passes through my home town and the crowds will be huge. 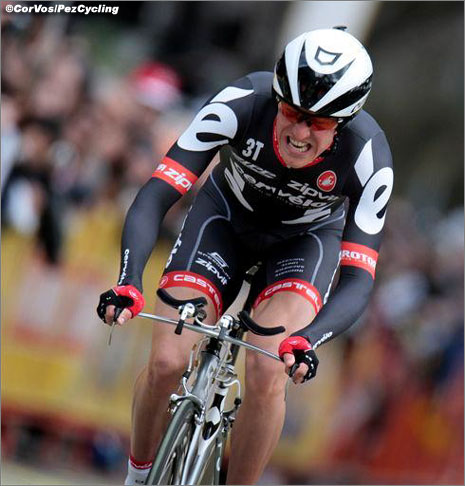 PEZ: Are you a ‘kilometres’ or ‘scientific’ training kind of rider?
Serge: In the winter, from October until early December, I do a lot of swimming, gym work and Nordic walking. But starting in December and through into January I do a lot of kilometres – that’s an essential part of my build up.

PEZ: The $64,000 question – can Brad win the Tour?
Serge: I think so, maybe not in 2010, but that wouldn’t be because of limitations with him – the team has to gain experience and grow, too. If you look at what British Cycling did at the Olympics, on the track; they had a dream and turned that into specific goals – which they achieved. They have a goal of winning the Tour within five years; I think Bradley is the ideal guy, and I think it’s achievable.

***
with thanks to Serge for his time and insights.