Adam Hansen has been answering PEZ’s questions for years now – he even let us interview him right after a Tour de France time trial stage; his answers aren’t just insightful, often they’re entertaining, too. When he won the toughest stage and GC of the Ster Elektrotoer, we were delighted; he’s a man who does a lot of hard work in the peloton that often goes unmentioned and unrewarded – it was good to see him on top.

And naturally, we had to ask him some more questions; we caught up with him in a coffee shop in his adopted home of Slovakia.

PEZ: Congratulations, Adam – your first yellow jersey?
At this level, yes; although I did win a stage race at club rider level. 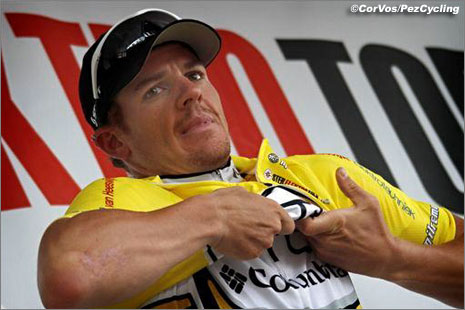 PEZ: And are those stories about the respect a yellow jersey brings, true?
It was super nice to ride in the bunch whilst wearing it; it’s like there’s a ring around you – everyone gives you space and respect, yes.

PEZ: The prologue went to Van Emden, you were 19th.
I was happy with that result, I’m not a great prologue rider; generally I rate a performance on how I felt rather than where I finish. I’d been going very well in training prior to the race but didn’t feel that good in the prologue – however, when I saw my placing, I was happy with the ride. 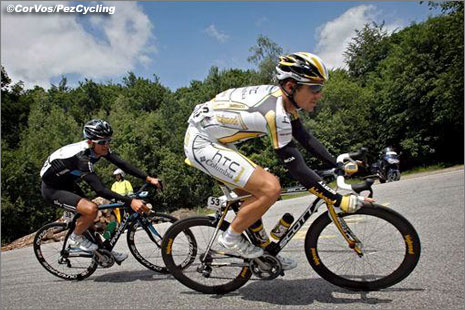 PEZ: Ventoso took stage one.
It was a pretty easy day, we’d been hoping for a result for Greipel, but it didn’t work out like that.

PEZ: Greipel’s maybe not as sharp, this year?
It’s hard to say but remember that he’s had 12 wins!

PEZ: Stage two went to Henderson, no one expected a bunch sprint on that stage.
It was a hard profile and we were hoping to make it hard for Henderson and Brown, but it all stayed together. We decided with 30 K to go to set it up for the sprint but Sky watched and waited and really only put their train together with four K to go – and they got it right. 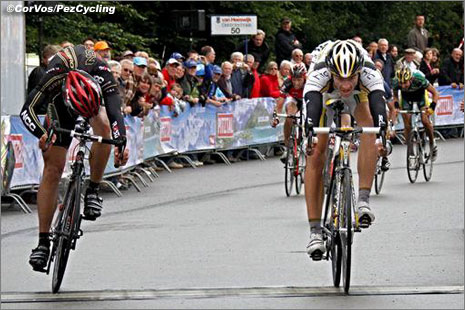 PEZ: Stage three was your day.
There were attacks from the start, we had Marco Pinotti in the first one, then Greipel and Martin Velits in the second but our DS said to bring it back and he wanted me or Marco in the next move.

Frantisek Rabon gave so much for the team, that day, he rode himself ’til there was nothing left. I jumped across to the break and took a couple with me, there was still 120 K to go but we were riding well, together. There was a lot of climbing that day and I tried to get clear on one of them but was brought back, eventually I got away with five guys and I was better than all of them on GC so I was happy for it to be a sprint.

With three K to go I could see that the group was closing on us, the gap was down to 17 seconds from a maximum of 36 and I didn’t want us to get caught. I’d been thinking about my sprint as we did the first lap of the finishing circuit, the longest I can go for is about 350 metres and I was thinking that’s where I’d go, but on the run in no one had reacted at that point then we passed 250, then 200 and I thought; “I’d better go!” I did and timed it just right. 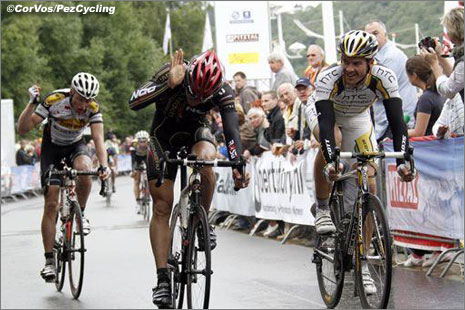 PEZ: Stage four was ‘look after the jersey and Greipel to win,’ but Boeckmans took the stage.
I wasn’t right up at the front at the finish but Greipel said that Boeckmans came past him very fast and there was nothing he could do, Boeckmans just timed the slingshot right.

PEZ: Scary moments?
On the last stage there was a section where there was no gutter and the asphalt wasn’t straight – a rider went down right in front of me, I managed to hold it together but went from one side of the road to the other and someone ran into the back of me, ripping the cable out of my rear mech. I changed bikes and looked up to see where the peloton was – but all I could see was six Columbia riders spread across the road, waiting for me, I’m not used to that! 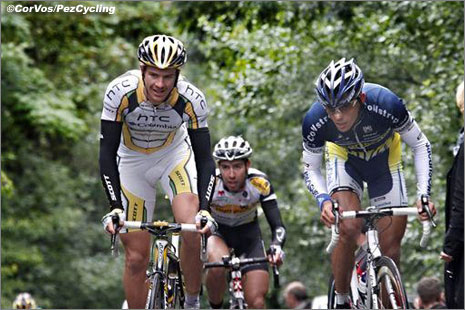 PEZ: Is it a particularly dangerous race?
I was told beforehand that the Ster isn’t a good race to do before the Tour because it’s so dangerous. But I wanted to ride it rather than the Tour de Suisse – apart from anything else, the Tour starts in Holland so it’s good to get used to the road conditions, there.

Apart from the crash I mentioned, I didn’t find it a dangerous race, there were the usual roundabouts and road furniture – but I guess the other thing is that the field in the Ster was much less than at the Giro, maybe 120 as opposed 200 plus.

PEZ: Celebrations or head for the airport after the race?
We managed a plastic cupful of champagne in the bus – that was nice. 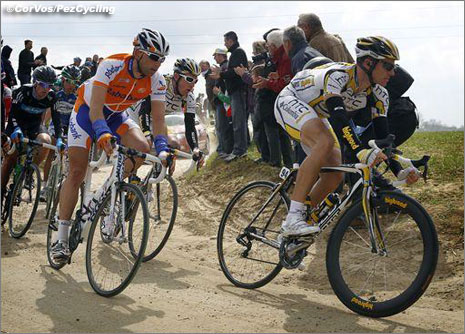 PEZ: How did you feel after the Giro?
I did 11 stages which was just enough to get me to a good level – I aimed to ride well in support and was happy I did that. It took me little time to get back to health after the flu and fever I had, but I felt good at our Tour training camp.

PEZ: The Euro Nationals this weekend – a rest for you?
I actually tried to get into the Slovak championships, the Aussie champs are ‘open’ and I thought that if the Slovak champs were the same I could ride to help Frantisek Rabon and Martin Velits – Peter is still out with a broken collar bone – but unfortunately the rules don’t allow it. It’s about 70 K from where I live so I’ll probably pedal out to watch.

PEZ: Le Tour?
I’ve been told it’s very likely I’ll be there. (And Adam was right.)

PEZ: And will you be back at the Aussie champs for 2011?
I hope so, it’s my favourite race of the year!

***
PEZ looks forward to catching up with Adam at the Tour and asking him even more questions; congratulations again on a great ride.