The Eroica has established itself as one of the most eagerly anticipated races on the calendar, within just a few seasons. As with all great races the riders at the head of affairs charging into the finale are the ‘Heads.’ Take this year; Gilbert, Ballan and Cunego took the podium spots, with former winner Cancellara in fifth spot. But who was fourth? Team Type 1’s Jure Kocjan.

Jure Kocjan from ‘new kids on the block’ Team Type 1 demonstrated once again that the US team is far from overawed by racing against the biggest names in the biggest races, with the Slovenian strongman taking fourth spot on the ramps and cobbles of the lovely Tuscan city of Siena.

The day after the Eroica, Jure took time to talk to PEZ about his good day on the ‘Strada Bianche.’

PEZ: A nice ride, Jure – what was the team plan for the day?
Jure Kocjan: Rubens Bertogliati and I were captains for the day; normally the team works for us then in the closing stages we discuss who feels best and the one works for the other. 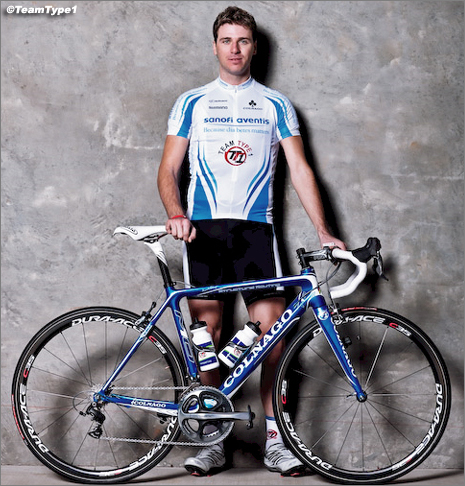 PEZ: Did you do a recce of the sectors before the race?
JK: No, it’s the first time I’ve ridden the race; coming into the first sector I had a lot of nerves but as each sector passed I got a little more confidence and by the last sector I had no problems at all.

PEZ: What about the finish – it’s very technical, how did you know what to expect?
JK: I checked the race ‘bible’ very carefully, and I also watched videos of the closing kilometres on You Tube.

My teammate Rubens has ridden the race three times and is very experienced, so I listened carefully to the advice he gave me. He said that the decision is always made on the Monte Sante Marie climb and on the descent that follows – yesterday it was the same.

The last part of the sector is very steep, 18/19% and you have to remain seated on the bike, if you stand on the pedals the back wheel will spin.

PEZ: Have you ever ridden dirt roads before?
JK: I came from mountain biking originally and I used to ride them a lot back then.

PEZ: What bike did you ride?
JK: I rode my usual Colnago but with Roubaix tyres, it’s just on the dirt climbs that things are different; on the flat sectors we were doing 50 kph.

I think that the cobbles are harder to ride than the dirt roads, though.

PEZ: Tell us a little about the race?
JK: Coming in to the last sectors I chased up to lead group of 20/25 and caught them on a descent, but punctured my front tyre at 60 kph – I was really lucky not to crash.

I had to wait for the car, change the wheel then chase; I expended a lot of energy but again I was lucky because the leaders eased up and looked around to see who was still there when they came back on to the tar – and I was able to get back on.

On the last sectors I could see that the Lampre and Farnese Vini riders were the most highly motivated and strongest so I watched Cunego (Lampre) and Visconti (Farnese Vini) – I decided that when they go, I go!

In the last kilometre there were 19 or 20 riders left; there’s a 600 metre cobbled climb which starts the last K and in the last 800 metres there was just Gilbert, Ballan, Cunego and me.

When Gilbert went, Ballan countered; Cunego couldn’t get to them but he out sprinted me for third.

PEZ: Looking back, anything you’d have done differently?
JK: No, I’m happy, just when I flatted, that cost me a lot of energy – tactically I rode well and there were some big names behind me. 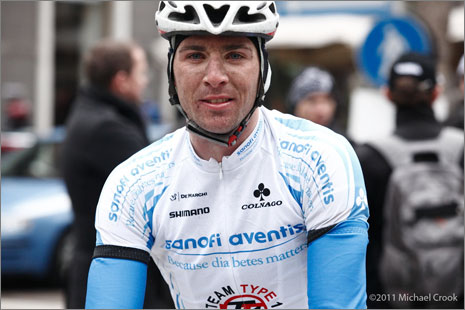 PEZ: Are you sore today?
JK: Nothing special, a little pain in my arms and back but not so bad.

PEZ: Last year you won the GP Pino Cerami, did that get you interest from Belgian teams?
JK: Not so much; I was riding for CarmioOro last year and from August I knew that the team was going to fold, I had three offers but decided to accept the offer from Team Type 1.

PEZ: Was CarmioOro a good team to be with?
JK: The riders were good, and we had a good bond within the team, but the organisation was not so good.

I was with the Slovenian team Perutnina Ptuj in 2008, but at the end of November we knew it was going to finish due to the financial crisis the world was experiencing.

I put out 40 emails to teams and also an announcement on Facebook that I needed a team – the CarmioOro manager contacted me, and I signed a contract.

PEZ: You won two stages in the Qinghai Lakes in 2009 – how did you cope with the altitude?
JK: That was with the Slovenian national team, we did a lot of work to acclimatise for that race because it’s a prestigious event and the prize money is good.

We trained at altitude, but I also bought a hyperbaric tent to sleep in as part of my preparation.

PEZ: You had a good result at Lugano with fourth place.
JK: I was second there last year; it’s a race that suits me with short, sharp climbs and lots of lefts and rights.

I usually go well at the start of the year when it’s cooler; I don’t like the heat so much. 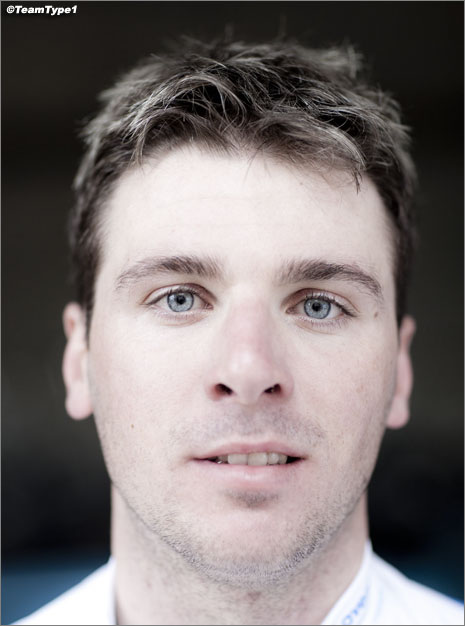 PEZ: And then second the next day at Insubrica.
JK: I knew that Liquigas were the strongest team that day so I was watching them. But three riders broke away at the kilometre to go mark and were caught at 300 to go; there was a lull, and I attacked – maybe a little too early, but I had surprise.

I got a good gap, but it’s a long drag to the line and Visconti got up to me and passed me.

I like the early season when it’s not so hot, I don’t go so well if it’s very hot.

PEZ: Tell us a little about your winter training.
JK: I start in mid-November with the mountain bike, gym, mountain walking; then in December I go to the road bike and keep the gym going – from mid-January I only ride the road bike.

I use SRM’s to measure my progress.

PEZ: How is the sport in Slovenia?
JK: As a nation we’re strong, if you check the world rankings you’ll see we’re ranked in the top ten – but there are only four small Continental teams in Slovenia; it’s hard to get sponsors because of the financial situation.

PEZ: How is your programme looking?
JK: We’ll develop that as the season goes on, but I want to win as much as possible and I’m very keen to perform well in the Tour of California and at Philadelphia.

PEZ: Is there much difference between being on an Italian and a US team?
JK: A big difference – every nationality has good and bad points, but the US team definitely takes more care about organisation than the Italian.

PEZ: And you’re team mates with your countryman Aldo Ilesic, again?
JK: I was only a team mate of Aldo’s on the national squad – apart from that we’ve always been rivals!

***
But they seem to be getting along fine at Team Type 1 – they’re roommates for 2011; Aldo’s time comes later in the season.

With thanks to Jure and Team Type 1’s Chris Baldwin for making the interview possible.