A feature of season 2012 has been the strength of the Continental and Pro Continental teams – showing little regard for the strength and budgets of the Pro Tour behemoths. Scottish Continental team, Endura won the French Tours of the Mediterranean and Haut Var; German Pro Continental squad took out the Coppi e Bartali stage race in Italy, Europcar has been stunning, and Phil Southerland’s Team Type 1-Sanofi continues to rack up the podium placings and top tens.

But despite TT1 showing their colours with distinction from Milan-Sanremo to the Circuit de la Sarthe they’ve not quite managed that win.

Nor have they managed to win a ride in their home, Amgen Tour of California.

Southerland took time out of his busy schedule to give PEZ an exclusive interview about his team’s 2012 campaign, so far.

PEZ: Why the change of colours for 2012, Phil?
Phil Southerland: Our sponsors, Sanofi changed their branding, dropping the ‘Aventis’ name and changing their colours – it’s a new look for the new brand. 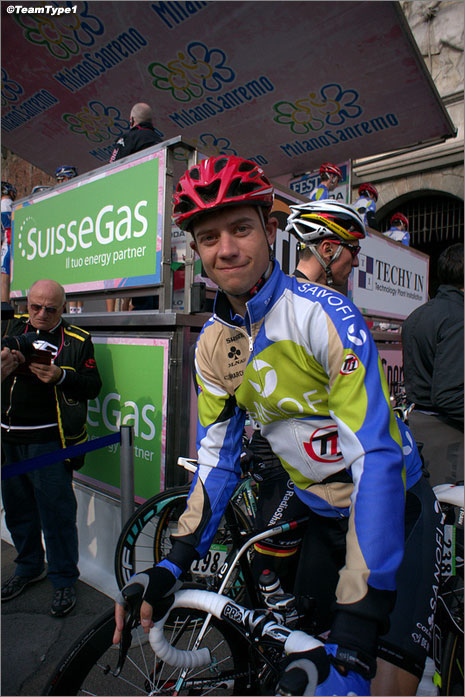 Kiel Reijnen shows off the new Team Type 1 kit ahead of Milano-Sanremo.

PEZ: What are the team goals for 2012?
PS: To continue improving.

We got our feet wet in Europe in 2011, with riders like Jure Kocjan producing strong results.

This year we want to continue gaining podiums – and wins – in that way we’re able to look towards riding bigger races.

The Tour of California was a big goal, too – but we’ve been snubbed.

However the US Pro Cycling Challenge has assured us of an invite.

PEZ: Why no Tour of California then?
PS: We’ve not had a lot of communications about the decision but we were asked to ‘activate’ (sponsor, in plain language, ed.) the race, we declined and our entry was rejected.

The US Continental teams have to pay an entry fee for California – they want the exposure.

However we’re used to having our have our expenses paid in European stage races – running the bus, fuel and hotels are a big expense. 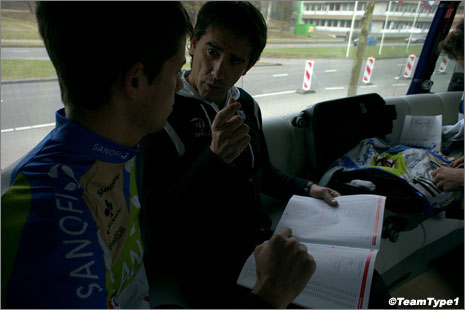 But it’s one we’re willing to swallow on home soil – for our fans.

ASO (the Tour de France organisers, ed.) know who we are, they know who our riders, they know our palmares – they can see we’ve built a roster.

The Tour of California organisation say to us that; ‘you got your butts kicked in the race in 2009.’

But that was three years ago, we have new riders and results – they haven’t looked at our roster and palmares.

And given that we have a cancer survivor on the team in Daniele Colli that’s all the more reason to invite us.

PEZ: On the subject of invites, how do you go about getting them?
PS: That’s our Team Director Vassili Davidenko’s gig – he’s constantly in touch with organisers on his ‘wish list’ of races.

But a lot is down to your roster, too.

You have to have good riders from that country, where the race is run – riders like our French guys Julien El Fares, Remi Cuisin and Julien Antomarchi – or our Italian rider Daniele Colli.

But not only do we have good riders, we have a message.

At the start of Milan-Sanremo the press were all over Cavendish but they wanted to talk to Daniele about this team – we’re changing the lives of people with diabetes.

PEZ: Milan-Sanremo, and a man in the break of the day.
PS: That was phenomenal, the people at RCS (organisers of the Giro d’Italia and other major Italian races, ed,) are good people.

Whilst it was a disappointment that we didn’t get into the Giro, there was no messing about, they gave us a straight answer – and of course, invited us to the Primavera. 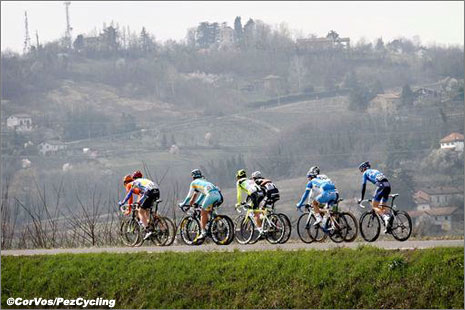 In the break at Milano-Sanremo for 240 kilometers.

We enjoyed good support in the race and it was a great experience for the team.

It came down to our 23 year old Norwegian kid, Vergard Stake Laengen; we were in the car watching the advantage grow, second by second – and they ended up staying away for 240 kilometres.

That ride has made him a star in Norway. 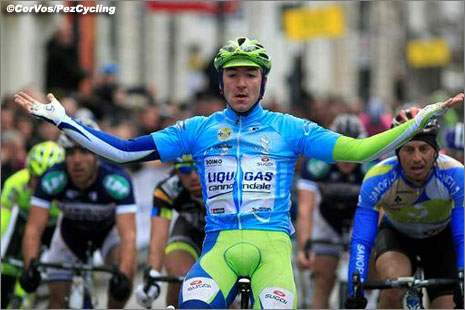 Colli behind an unstoppable Viviani at Reggio Calabria.

Colli was also third in Dwars door Drenthe and El Fares third in the Etoile de Besseges stage four – plus we’ve had a raft of top ten placings all over Europe.

And we’ve won king of the mountains, most aggressive rider and sprint jerseys – we’re just missing that win.

PEZ: Your programme looks pretty solid.
PS: Like I said, ASO are aware of us; that’s why we got the ride in the Criterium International.

We also got a ride in the Three Days of De Panne but unfortunately missed out on Flanders and Roubaix.

But we’re in the Fleche Wallonne and Liege-Bastogne-Liege – two epic races. 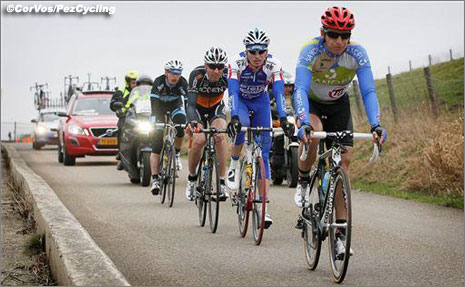 PEZ: Your sponsor must be pleased you’re getting in to races at that level?
PS: They’re stoked!

It’s a unifying campaign, as well as spreading our message about Type 1 diabetes the team’s performances are followed by Sanofi employees, who attend the races – it’s a great partnership.

PEZ: What’s the budget to put a Pro Continental team on the road?
PS: Sizable – and it’s grown year on year.

But it’s hard to compete with the BMC teams of this world with their $25/30 million budgets, although a World Tour licence is our goal.

We’ll have to grow our budget – at the moment the trick Vassili Davidenko has to perform is to keep it lean but show up at races looking like a Pro Tour team.

PEZ: But World Tour is the goal?
PS: At the moment we have to rely on invites which are confirmed quite late in the day, this means that our riders don’t know what their programme is going to be.

A rider on a Pro Tour squad knows his programme for the next eight months and can train and peak accordingly.

It’s tough to compete against guys who have that advantage. 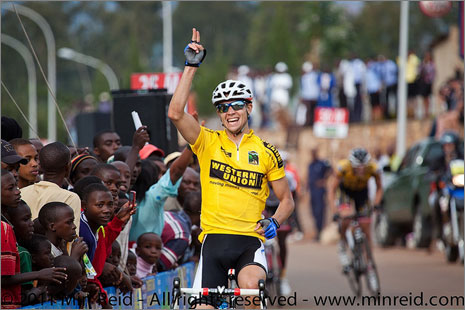 But if we need another year at Pro Continental level then so be it – we’ll continue to learn and prove that we’re no flash in the pan.

The coolest thing in the history of our team so far was Kiel Reijnen’s performance in the Tour of Rwanda (Reijnen won four stages on the way to the overall win, ed.) where he gave hope to 11 million people, he changed the way people view living with what is a miserable, killer disease.