At 36 years-of-age Optum p/b Kelly Benefit Strategies’ Tom Zirbel isn’t getting any younger but it took Worlds TT medallist Taylor Phinney to wrest the 2013 stars and stripes TT jersey off the big man’s back. He was well in the picture in every TT he rode in 2014 as well as being runner-up in the NRC calendar.

When Xylon Van Eyck of Zirbel’s management company, Corso Sport Marketing asked if we’d like a chat with the chronoman from Clear Lake, Utah we weren’t about to say, ‘no.’

PEZ: You had three TT wins in 2014, Tom – Redlands, Nature Valley and Cascades, have we missed any?
Nope. 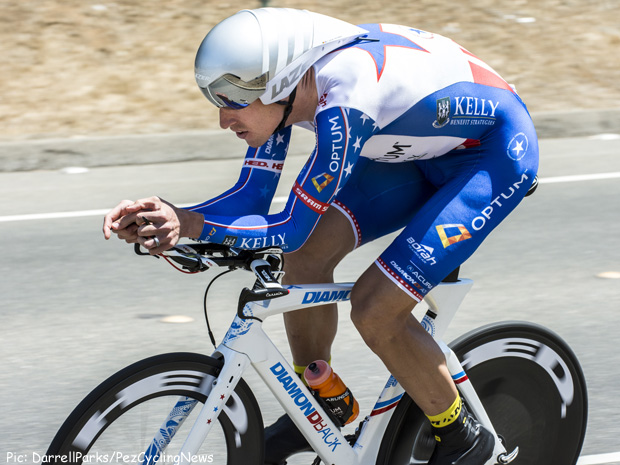 PEZ: And two close seconds – Gila and Mexico, any ‘what ifs?’
Not really, the two guys who beat me in those races were so much stronger than everybody else that it was more of a race for second, unfortunately.

PEZ: Second again in the Nationals TT – you’ve been unlucky to come up against Zabriskie and now, Phinney . . .
Yes, but those two competitors are in different categories in my head. Zabriskie comes from a different era so it was more frustrating to get beat by him. Phinney comes from the new crop of riders and though it always sucks to get beat, I’m happy that the U.S. has such great young riders that are doing things the right way.

PEZ: That 2013 TT champion’s jersey must have been nice to pull on?
It was so great, I have trouble describing it! As I get on in years, I just think about how disappointed I would have been to retire from cycling without ever having won the US TT Champs, despite being so close so many years. It was a real thrill wearing that Stars and Stripes skin suit for a year! 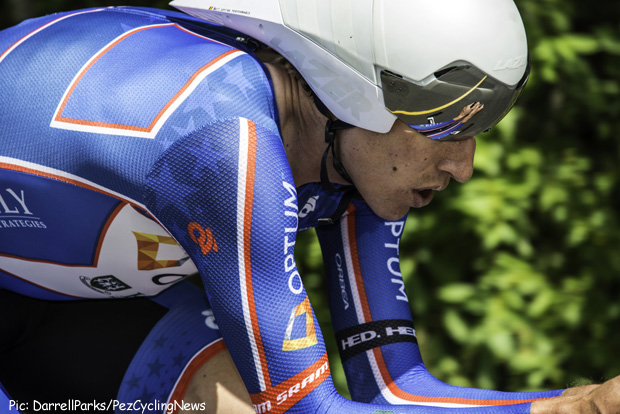 PEZ: Second to Travis McCabe in the 2014 NRC, that must be satisfying?
The Individual NRC title isn’t really a goal of the team because we pride ourselves on our depth of talent on Optum p/b Kelly Benefit Strategies. We’re happiest when a different guy is winning each week. But yeah, I’m glad that I was consistent this year.

PEZ: What was your hi-lite of 2014?
Driving the breakaway in Stage Five of Tour of the Gila to set up Carter Jones for the 1s victory in the overall GC. We made a plan and executed perfectly on that day. It’s always so satisfying when the team comes together and sacrifices everything for one guy and that guy delivers. 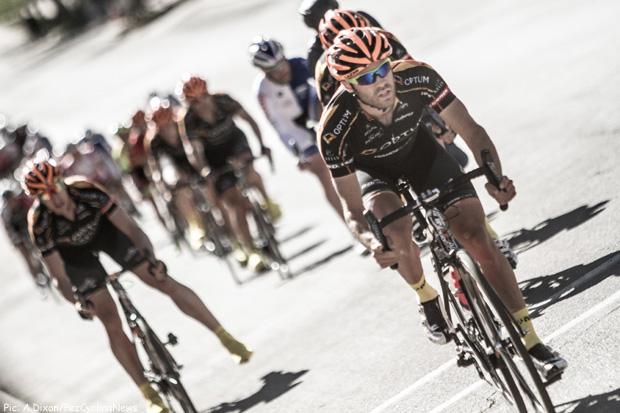 It was a very strong team performance at Gila from the Optum squad – controlling the peloton even on one leg!

PEZ: No Worlds TTT; you rode in ’12 and ’13 – that must have been a disappointment?
Yeah, the Worlds TTT is such a classy event, and I was disappointed that we didn’t end up competing again this year. But it’s such an expensive endeavour and we didn’t have the proper TTT camps to prepare for the event so it made sense to skip it this year with the hope that we can fully prepare for the event next year in Richmond, VA.

PEZ: Season 2015 will be your tenth as a pro, how do you keep the enthusiasm on the boil?
There are still plenty of races out there that I would love to win! Plus, I really get along well with my teammates and I feed off their enthusiasm and want to help them succeed any way that I can.

PEZ: A decade as a pro, what changes do you notice in your body – recovery, for example and do you have to train more?
Yes, recovery is a bit slower and winter weight takes a little longer to come off’ haha. I came into the sport late (age 24) so I actually felt quite young and new to the sport until recently.

So yeah, I’m noticing some changes but the encouraging thing is that when I’m going well, my power is still comparable to any period in the last 10 years.

PEZ: What are the biggest changes you’ve observed in the US race scene in that time?
Unfortunately there are fewer stage races and fewer big budget Continental teams. But that doesn’t mean the racing is any easier! I think that the open access of training techniques, nutrition, and aerodynamics have raised the bar in the U.S. scene. 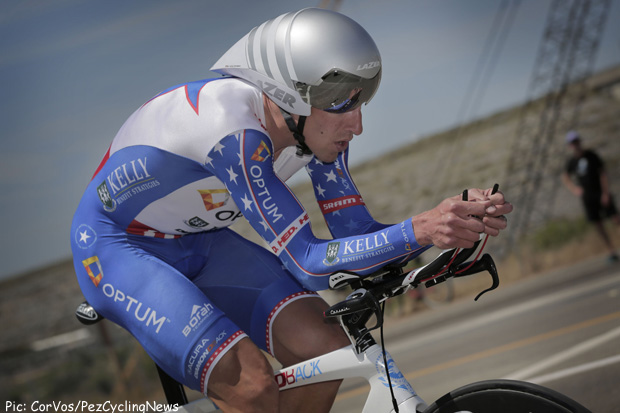 PEZ: As a big man how much hassle are the UCI position regulations?
It’s annoying, for sure. I’m just one of those riders that suffer a bit from any “normal range” set for positions. I try not to dwell on it though; it’s out of my control.

PEZ: Tell us about the resistance training I see you’ve been doing.
Ha, yeah I’ve been having fun with my little bambino this Fall. My wife started school full time, so I’ve been watching the kiddo about 30-40 hrs/wk since my last race in early Sept. As a result, that means he’s ‘forced’ to go training with me from time to time. Be it hiking in the backpack, or sitting in the bike trailer while I log some K’s. Lucky for me he usually likes it and we have a good time!

PEZ: Are you still with Optum for 2015 – will it be your last as a pro?
Happily, I will be racing with Optum again in 2015. I love the organization up and down and I plan to end my career here. Not sure when that will be… 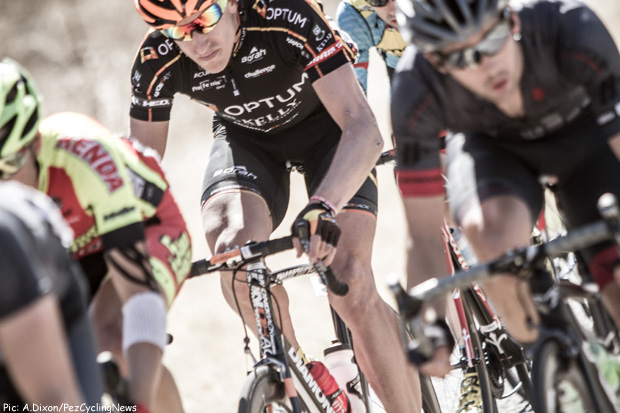 PEZ: Can you give our readers a few ‘chrono tips’ please?
Hmmm, don’t sacrifice power for aerodynamics. I see many people way too low for their flexibility and it ends up costing them too much power – maybe not for the first two minutes but when the body starts to fatigue, the power goes out the window. Also, practice your pain threshold in training. Don’t wait ‘til the race and expect to get everything out of yourself.

PEZ: What’s still on the Tom Zirbel ‘to do’ list?
I’d like to be a more consistent lead-out guy. A good lead-out is satisfying for me since it was something that I was so bad at earlier in my career. And like I said earlier, there are still plenty of races that I’d love to win! Losing stinks so I try to avoid it.