When Ed hood was working at the new London Six Day last month, he met up with one of the flash guys of the wooden boards; Nate Koch. He’s fast and he’s a showman, what more could you ask for on the indoor track circuit? Ed spoke to the big sprinter to find out the background story.

Showmen – the sport needs them but they’re thin on the ground in these politically correct days. But fear not, we’ve found one. US sprinter Nate Koch is the man; maybe not the absolute fastest kid on the block but the crowd at the London Six Day loved him and he does sneak away for the win now and again. It does take its toll on race jerseys, though – he’s prone to ripping them off, Incredible Hulk style, if he gets the win. 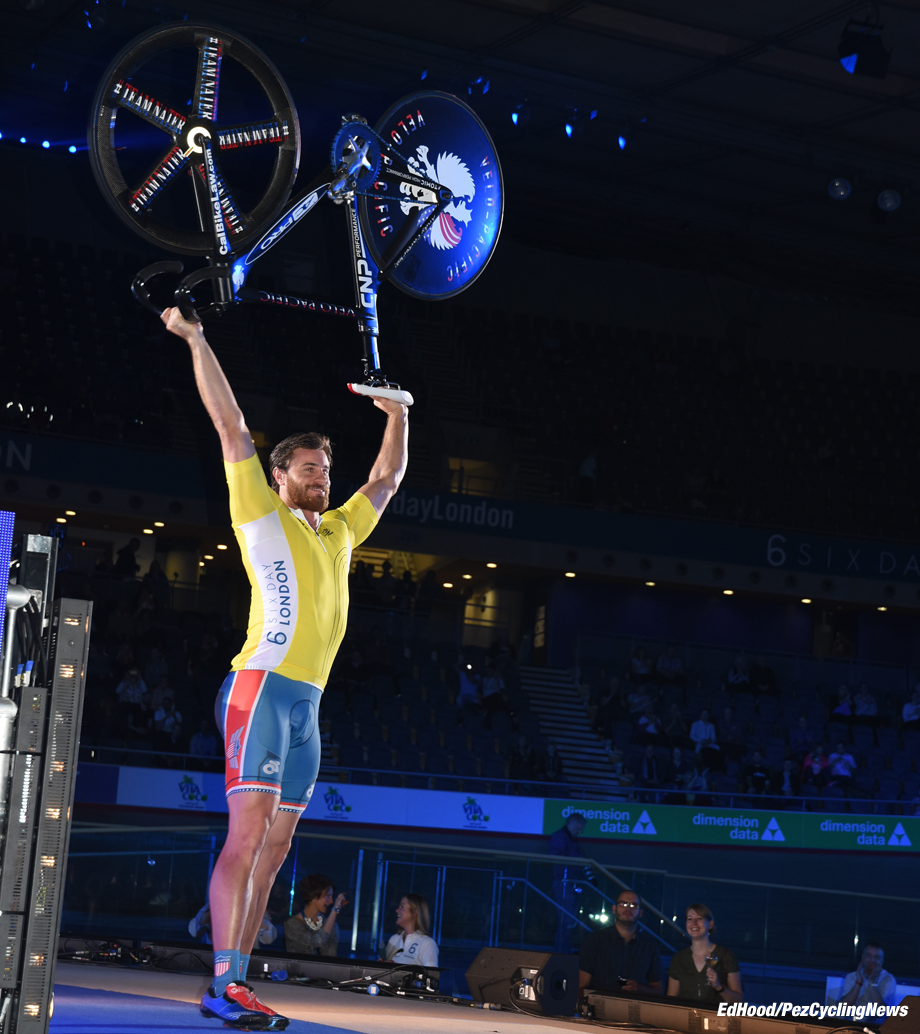 PEZ: You’re from an athletics background – how come you’re on them boards, Nate?
Nate Koch: I was a decathlete for many years and it took its toll on my body. After so many injuries I knew it was time to try something easier on the body. While still going fast that is. . . 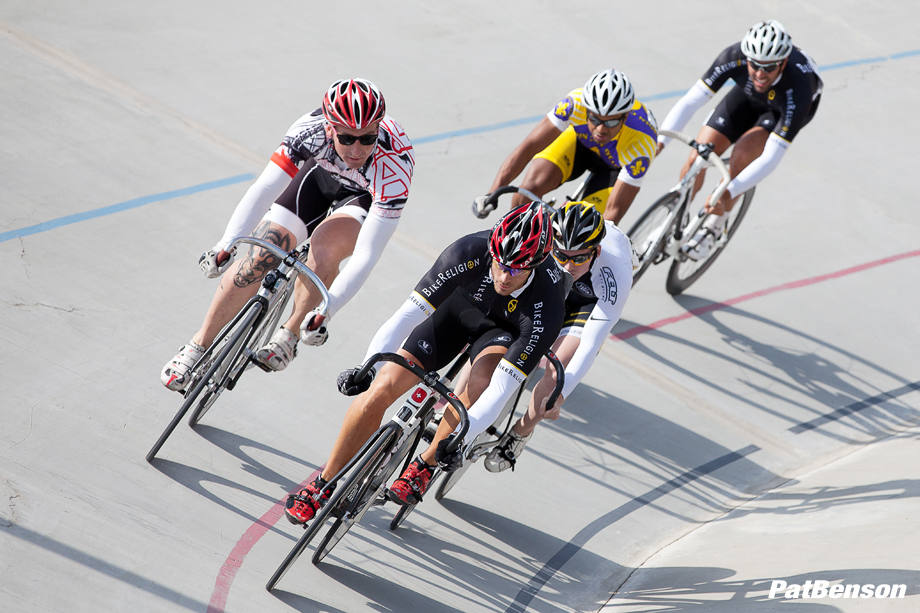 One of Nate’s first track races, in 2011, at the Encino Velodrome

PEZ: How did you get the London ride?
I had a pretty good performance in the Berlin Six Day last year and the organizers thought the UK crowd would want to see some more Nater! 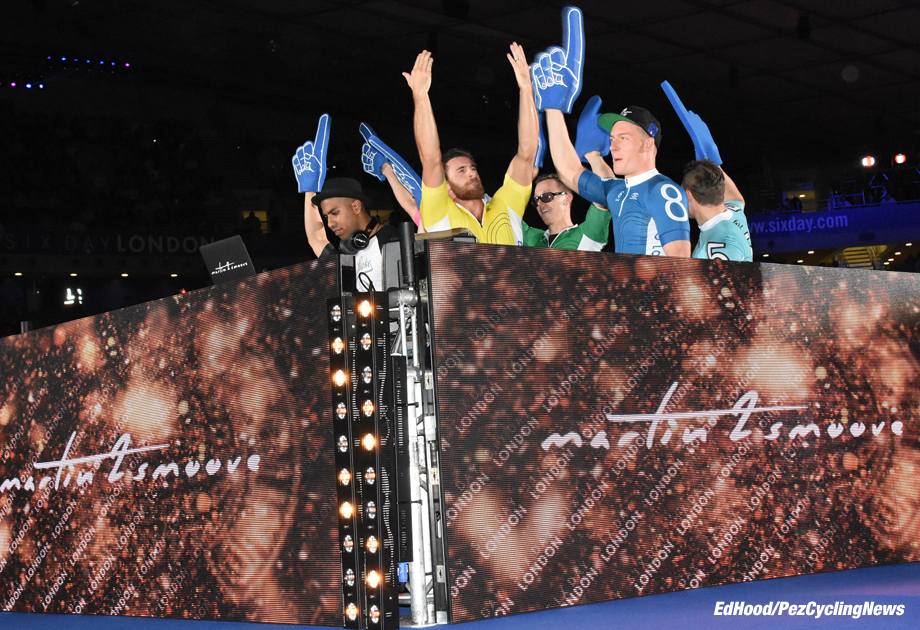 PEZ: what did you think of the London Six Day – any changes you’d make?
It was great! I think the sprinters should do three rides a night instead of five. This would give us some time in between rides to hang out with fans and have a little fun. 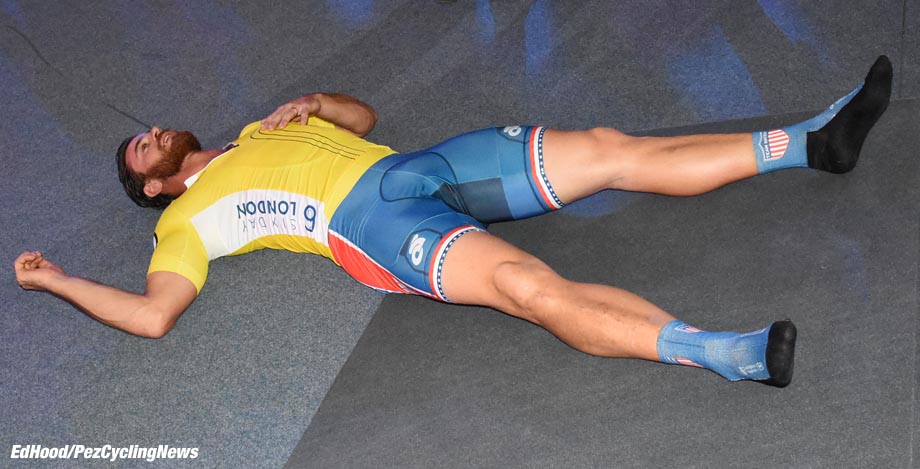 PEZ: Do you have any other winter rides tee-ed up?
I’m in for the Berlin Six day in January and VERY excited about it!

PEZ: You’re out of Long Beach, what’s the track scene like there?
It’s not bad; we’re 15 minutes from the only indoor Olympic level velodrome in the US so that’s cool. But I see things growing – the centre is under new management so I hope that brings in some more fun racing and crowds! 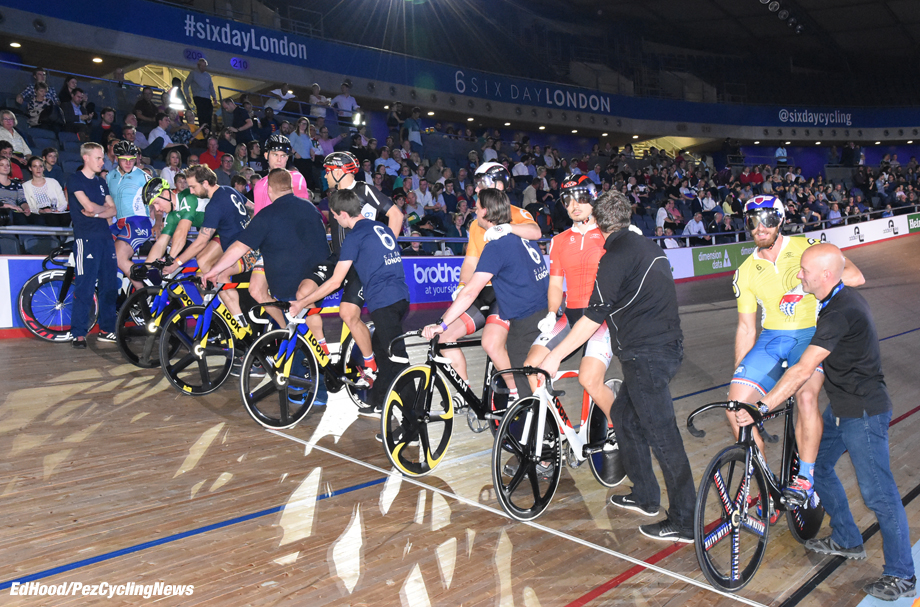 PEZ: What’s the US track scene like in general?
It needs help! It needs to find some big financial backing. The people are amazing and fun, but everybody knows everybody and it’s just small. I would love to see it go to the next level.

PEZ: Are you full time on the bike?
I train full time, but sadly it does not pay the bills. I’m a bike fitter by night to pay for food and gas. 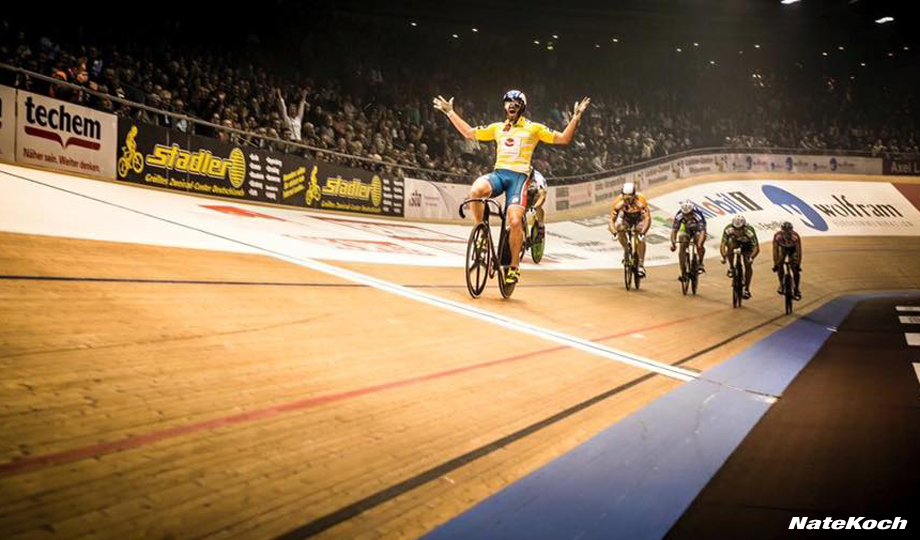 PEZ: Tell us about your team – do you have good sponsors?
My sponsors are amazing! Team Nater is me, so I choose all the sponsors and only use products I love and deal with people I like. I try to have a close personal relationship with my sponsors. Champion System do my clothing and keep me looking smart; Bont shoes look after my feet; Spy Optics keep my eyes protected; I sit on an ISM saddle; Velo Pacific is my bike shop with Frezzor supplements and CNP Pro Nutrition keeping me right on the inside!

PEZ: You’re part of the team which has the US team sprint record. . .
Yes, we broke the record in Mexico city by I think .003!

PEZ: And a Pan Am medallist.
Yes, we got 3rd and it is when we broke the record. 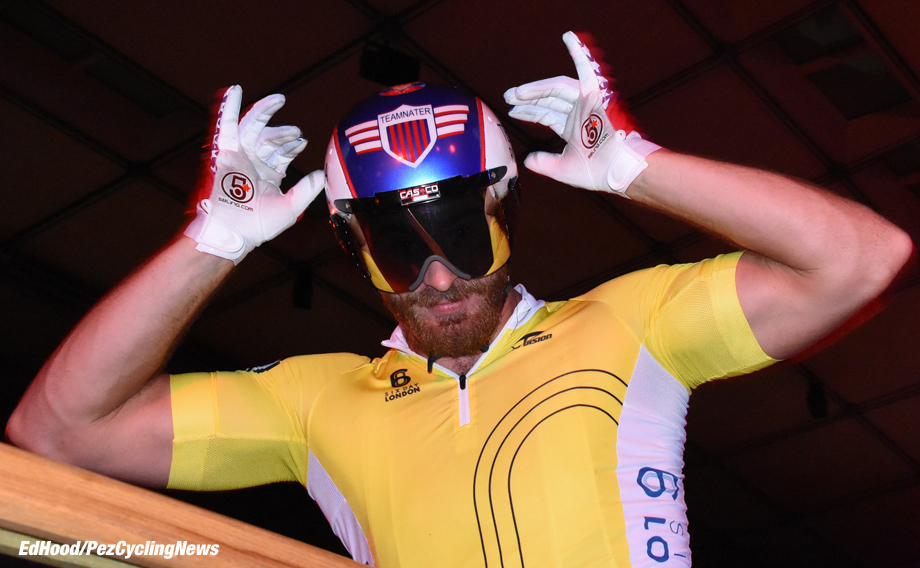 PEZ: You’re man one – that’s a handicap when it comes to individual sprint isn’t it, especially in sprint qualifying because you’re used to a smaller gear?
Yes, the flying 200m will be the death of me! The standing start is much like my athletics background so it comes natural. The 200m is more of an endurance event than it is a sprint.

PEZ: What would you have to do to get to Rio?
I’d have to GO FAST! But really it is more about getting USA Cycling on board. They have not been the most helpful in organizing the team sprint. . . 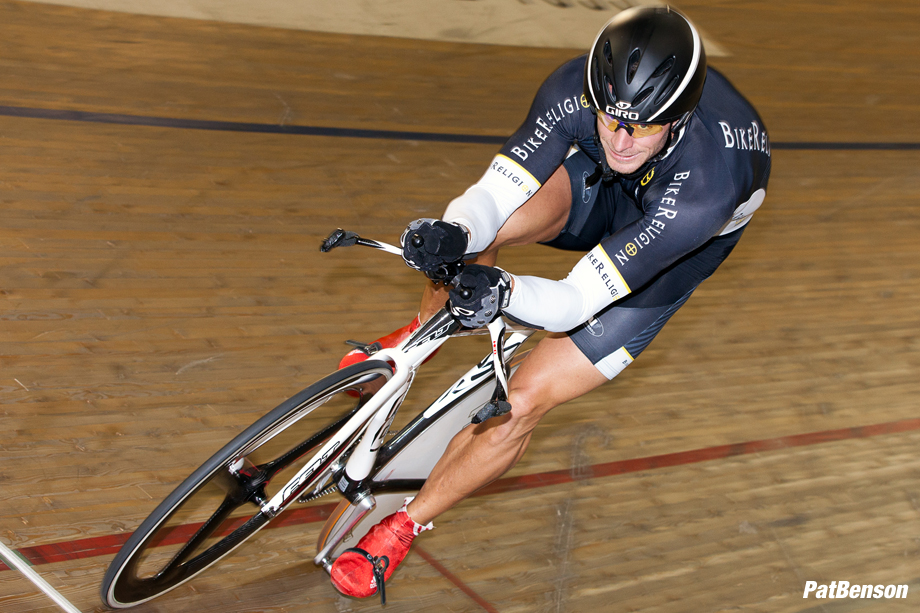 PEZ: Do you have an agent to help with sponsorship/contracts?
Nope I do it all myself. I have actually toyed around with the idea of becoming an agent.

PEZ: Where did all that showmanship come from?
I guess as the youngest of five kids I have a small need for attention. And truly I just feel so alive and excited at the Six Days it comes naturally.

I love the energy!

Thanks to Patricia Benson for the use of her photos, see more HERE.