Saturday saw Ryan Roth (Spider Tech & Canada) take victory in the 2012 Univest NRC/UCI 1.2 in Souderton, Pennsylvania. Roth attacked late with Bissell’s Frank Pipp; with the duo joined by Jamis-Sutter Home’s power house, Tom Zirbel – but in the ‘big dipper’ sprint for the line the Canadian was just too quick for his American breakaway companions.

‘We’ve done a lot of hard racing this last month and a half and it suited us to make a hard race so that’s what we tried to do.

I thought Zirbel coming across was good because he has a good engine and he would do a long sprint, which suited me also,’ said Roth. 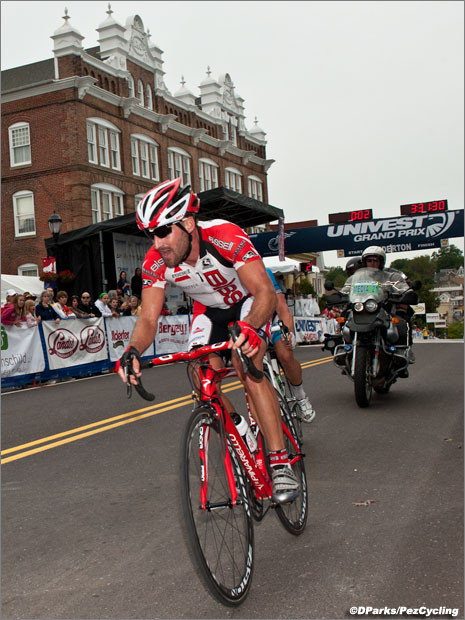 Frank Pipp was a worry for Roth.

‘I was worried about Frank Pipp because he is a fast guy.

I tried to get rid of them the last time up the hill but I couldn’t. 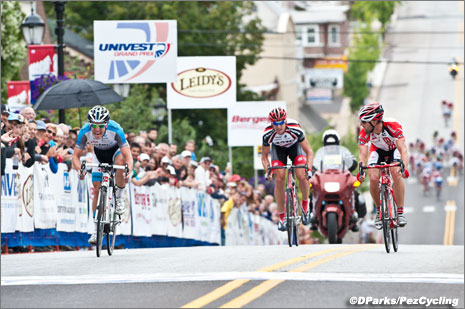 The new course was good; a lot of attacks and it was harder than last year.’

Victory was all the sweeter for Roth who second finished behind Will Frischkorn in the 2007 edition of the race. 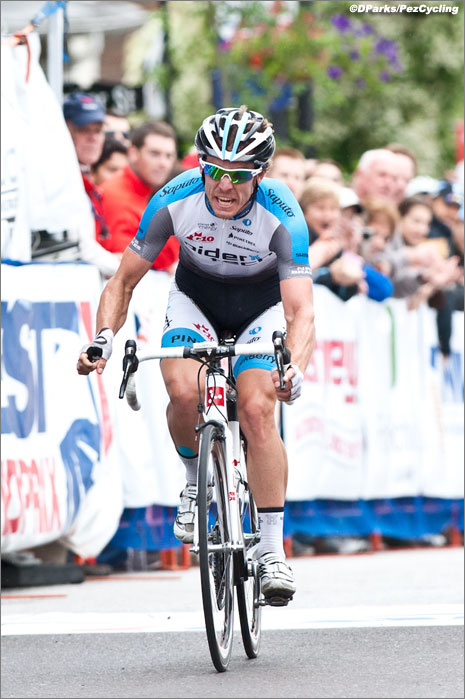 Roth is the first Canadian to win since Alexandre Lavallee in 1999; the list of winners has been esoteric in the interim.

In 2000 it was Bert De Waele who was the first Euro winner – the Belgian has been with Landbouwkrediet since 2001 and is still winning, taking a stage in Paris-Correze this year. 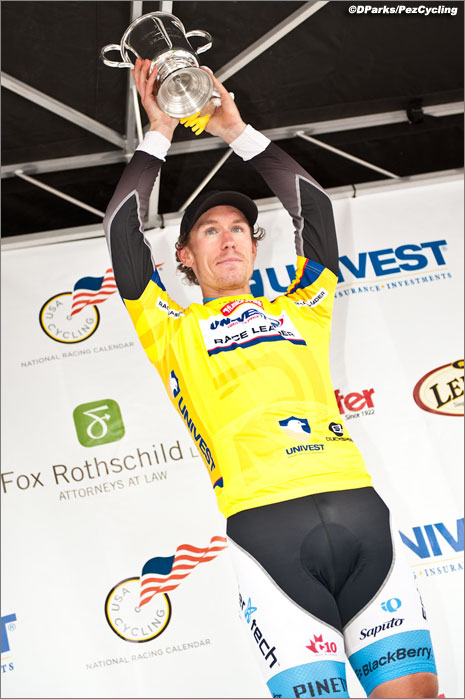 Todd Herriott’s name might not ring any bells, but he won Univest in 2002 and the following year became the first and only ‘Yankee’ to win a very hard fought Vuelta a Cuba.

Another US win in 2003, for Ted Huang was followed by Frenchman Stephane Bonsergent’s 2004 triumph – he’s still riding the hard roads of North West France for Continental team Bretagne Schuller.

Home boys Mike Friedman, Swawn Milne, Will Frischkorn and Lucas Euser kept the honours on the right side of the Atlantic for four years; but with the event in stage race format for 2009 it was former Ukrainian champion – and now Lampre rider – Volodomyr Starchyk who took the GC. 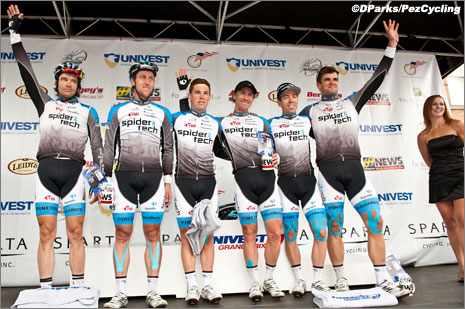 Last year the race was also run as a multi stage event and it was young Swede Jonas Ahlstrand who won – a man still on the up with some strong rides in Belgium, this season.

After the podium ceremony, Roth had a little more time to talk to PEZ about his biggest result of the year.

PEZ: Congratulations, Ryan – I believe it’s a tricky finish?
Ryan Roth: It’s not so much tricky as you have to know how to use your momentum off the downhill to take you up to the line. 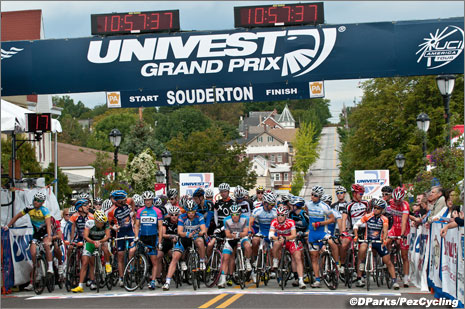 PEZ: 26 teams, it must be a tough race to control?
RR: And it’s only six man teams, it makes for a very unpredictable race – the exact opposite of what it was like racing in the Pro Tour races at Quebec and Montreal; there you knew exactly what was going to happen – very controlled. 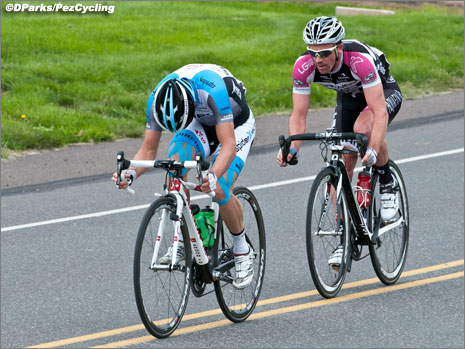 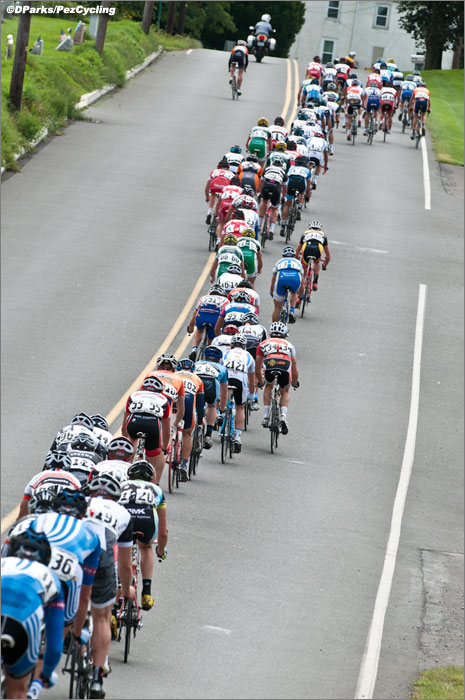 PEZ: On paper this looks like your best ride of 2011?
RR: Yeah, for sure, I was with the team in Europe in the spring and it’s tough to get a result there, we rode some hard races. We rode one day races in France and Belgium; the Sarthe and E3 for example – and we rode in Sardinia.
We got a few decent results but it’s a big learning curve in races like that.
And I was injured for a few months, that didn’t help.

But I’ve come off a good block of racing – Utah, Colorado, Quebec, Montreal and I have good form, now.

PEZ: Quebec and Montreal, what were they like?
RR: Fantastic! Great crowds, tough courses – I’m really looking forward to riding them next year after what I learned this year. 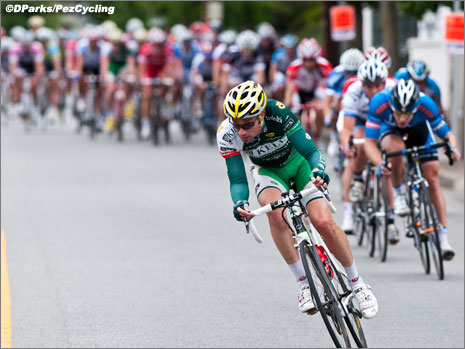 PEZ: You’ve been with Spider Tech since the start?
RR: Pretty much, the team has evolved each year to where we are now with a Pro Continental licence, good programme, good riders – next year will be a challenge to keep the growth going but we’ll try to rise to it. The plan is still to go World Tour; I don’t see that in 2012, but perhaps in 2013? 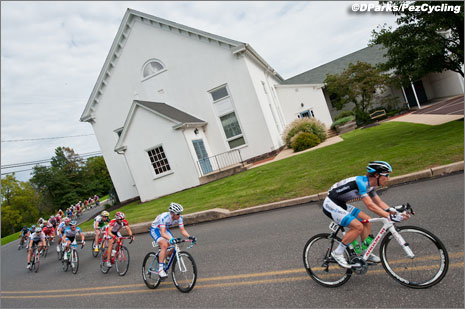 Ryan Roth in action early in the day.

PEZ: A little bit of a blow losing Svein Tuft for 2012?
RR: Svein has been great for the team, he’s a quiet guy but a good leader and it’s disappointing that he’s going, but I think the benefit of his time with the team will remain with us. 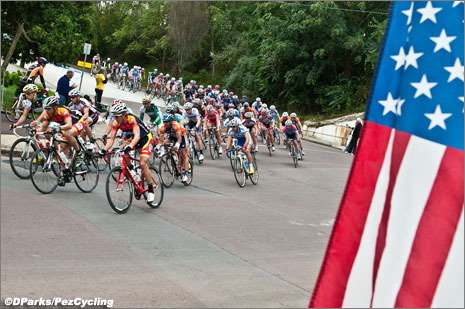 PEZ: You were a ‘cross guy originally?
RR: Yeah, MTB and cyclo-cross were fun things to do in the fall before I got into the road. Actually, for the first time in a long time I’m thinking about riding ‘cross again this winter. 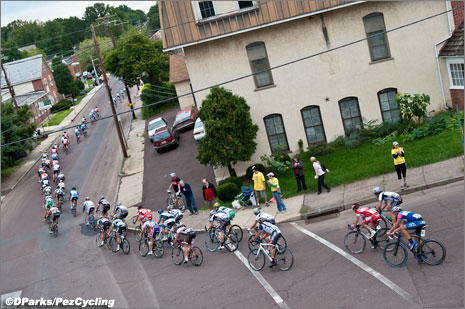 PEZ: And Univest was your last race of 2011?
RR: It’s the team’s last race of the year but I have a crit down in Boston next week, I’m going with my girlfriend, we’re going to have a bit of a holiday after the race.

PEZ: And are you with Spider Tech for 2012?
RR: I hope so; I haven’t actually signed yet but we have a good core of sponsors and I’d love to continue to be part of the team. 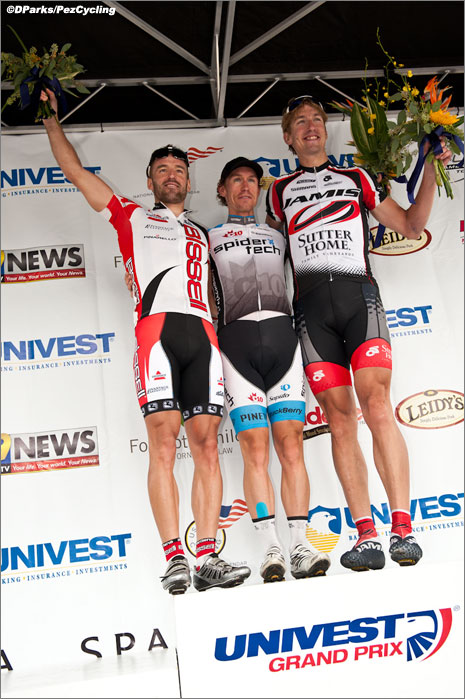 PEZ: Finally, Univest – why is it such a good race?
RR: For me it’s very impressive that they’ve managed to keep the same sponsor for all these years and at the same venue – that’s not easy to do in North America. The road race formula is good too – most North American races are crits or short stage races. And the community has really embraced the event – look at the crowds!