In a world of ‘Plans’ and ‘Programmes’ it’s good to see a young man take his bike and a handful of pounds/dollars/euros and head for the Heartland. Tobyn Horton from The Channel Islands was one such young man whose name kept catching our eye in the Belgian kermesse results. He’s recently signed a pro contract with Anglo-Swedish squadra Team Sprocket Pro Cycling – we thought we’d have a word…

PEZ: How long were you in Belgium, Tobyn?
I’ve raced for five seasons in Belgium.

PEZ: Why Belgium, not France, it’s only a short hop from the Channel Islands?
My coach at the time suggested going to Belgium and everything seemed to fit into place with teams and accommodation. France never really occurred to me to be honest. Looking back now, I’m glad I went to Belgium as I prefer the style of racing there. 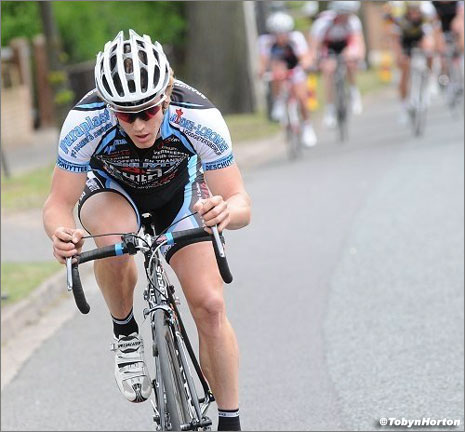 PEZ: Where were you based, what was it like?
In my first season I was based for the first few months on “The Farm” in Gent. I learned a lot in those months there as I had only ever road raced on Guernsey prior to going to Belgium. It was cramped in the house but fortunately it wasn’t a problem as there was a good group of guys at the time who all got along well.

After those few months I was lucky enough to be able to move out of the farm and in with a family who hosted me. They owned a cafй in a small town called Knesselare and my room was upstairs with the living area and kitchen at the back of the cafй.

The town is between Gent and Brugge right on the border of East and West Flanders so was great place to be situated as there was always a race nearby. There was always someone from the cafй who came to support me and staying there for so long I got to know some of them well.

Again this was a great experience and opened my eyes to how much the Belgium people love cycling, I owe the family I stayed with a huge amount as they made my life like a home away from home.

Last season I moved out of the cafe and rented a house with a few other cyclists in the same street so it was good to have more independence and somebody to train and live with etc. 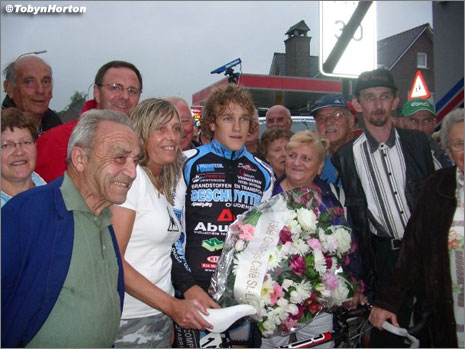 PEZ: How did you get set up with a club?
My first season I raced for Kingsnorth, which my coach at the time got in touch with for me and then moved on to a team called Onder Ons Parike for a season. The last two seasons I rode for Team Deschuytter and had a really good time there as the manager looked after me well and always believed in me.

PEZ: What were your best results?
My best results were mainly at the end of last season. I started going really well in August as I had problems with illness earlier in the season.

I had two 3rd places in Interclubs, the 2nd stage of the Tour of Antwerp and a race in Dunkerque, and several other top 10’s as well throughout the season.

I was 10th in the Rutland (the UK answer to Paris – Roubaix, with many kilometres over dirt farm roads) last year and 8th the year before which I was happy with as its one of my favourite races of the season. 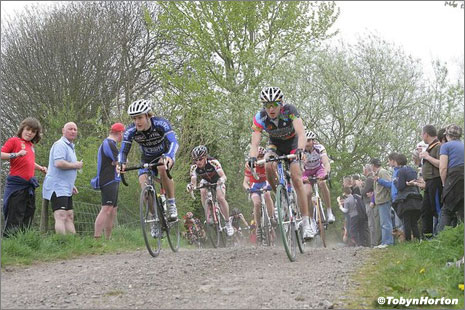 PEZ: Take us through a typical Belgian week.
Typical Belgium week for me when the season is in full flow would be racing up to three or four times in the week. Depending on how many times you race depends on what else you get to do in the week.

I seem to spend most of the week trying to recover from the last race and prepare for the next. If I’m not racing for a few days I would normally go to Gent or Brugge to chill out or go to the coast if the weather allows. 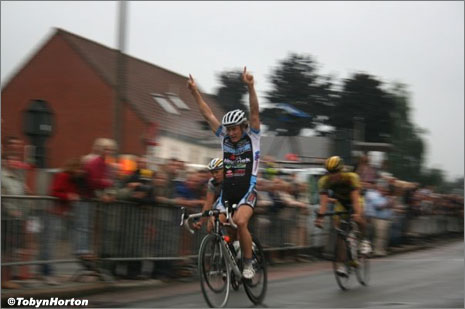 PEZ: How hard on equipment was it?
Belgium has probably some of the worst roads I’ve ridden on and the equipment takes a hammering. The most important thing for me is a strong pair of wheels as they take the most of it. I’ve gone through a few pairs over the years.

One race two years ago it rained so much and was so muddy I had to replace my chain, cassette and re-cable the bike as they were in such a bad state after.

PEZ: Why back to UK – not Belgium?
Well, I’m riding for Team Sprocket Pro Cycling this year. It’s a Swedish registered Continental team based in Wales about 30km from Cardiff so I will be living there. 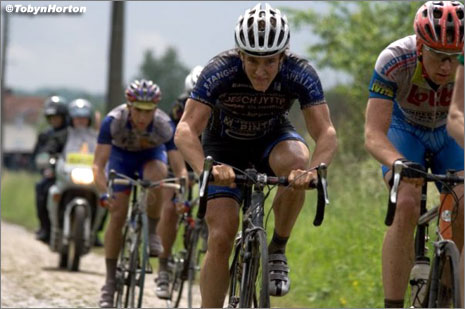 PEZ: Isn’t returning to the UK a step back?
I don’t see it like that as, although the team is based in the UK, the racing calendar is mainly on the continent with a few of the UK Premier Calendar races when they fit in.

PEZ: Tell us a little about your new team – what’s the hardware, for example?
The team is managed by Magnus Backstedt (former Paris – Roubaix winner) and Martin McCrossan. It’s a bit of a mixed nationality team with Swedish, American, Australian and British riders. We’re riding Nishiki bikes kitted out with Shimano gruppos, American Classic are providing us with wheels, bars, stems, seat posts, etc.

I haven’t got mine yet as I was so late joining the team, but I’m told there are really nice; they look good from the photos. We get Santini race clothing, SwissEye eyewear, Etto helmets and Bont Shoes so we’ve got some good kit. 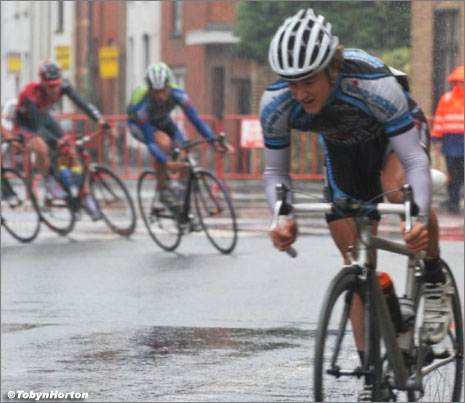 PEZ: Will you be living on the mainland or Channel Islands?
I’m going to be based in Wales with the rest of the team, but am spending the first few weeks of the season in Belgium.

PEZ: What’s the programme?
The programme is great and was one of the main things that made my decision to sign. There is a lot of variety with plenty of one day races and a few stage races as well.

We have got races in France, Belgium, the RAS in Ireland, Scandinavia and some of the Premier Calendars. We have got the Tour de Bretagne which starts in Jersey and is practically a home race for me so I’m hoping to do well there. 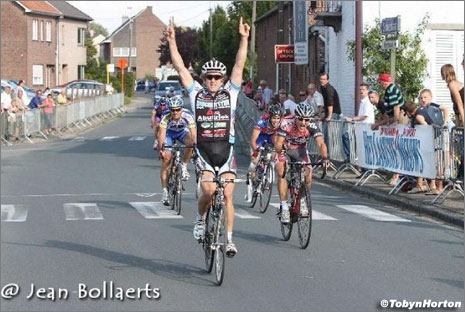 PEZ: Describe yourself as a rider.
My strength is as a sprinter but I don’t like sitting in the bunch, I like to get involve, go on the attack, get in breaks etc. I guess this has come from learning to race in Belgium.

I’m not a great climber in anything over a couple of K’s long, but have worked on this over the last two winters and am feeling stronger.

PEZ: Are the Commonwealth Games a goal?
Yeah, the Commy Games are a big goal for me. I gained selection to ride for Guernsey last year and it’s definitely one of my season goals to get a result there.

The road race course should suit me as it’s pan flat. My main focus at the moment is trying to get some solid early season results as the Games aren’t till October.

PEZ: 2010 will be a success if . . .
If I win a race and get some consistent results, getting good exposure for myself and the team.

***
No help from the Federation, just the desire to go and do it – respect! You’re only a young cyclist for a short while – make the most of it!