By Edmond Hood On Aug 4, 2009
Share
Like PEZ? Why not subscribe to our weekly newsletter to receive updates and reminders on what's cool in road cycling?

Jack Bauer – no, no, not the guy in “24” – the real one! We interviewed him just before the Tour – but who cares what’s happening in Flanders when there’s the whole Astana Machiavellian thing going down on the roads of France? Things are a little calmer now and we can give the man who could be the next Julian Dean or Hayden Roulston,the attention he deserves.

It’s a long way from the South Island of New Zealand to Flanders; but that’s the trail trodden by 24 year-old Jack Bauer who’s gone from mountain biker turned roadman in the land of the long white cloud to the top overseas winner in the flat lands beside the North Sea.

PEZ: Give us some ‘back home’ palmares, Jack.
Jack: I come from a mountain bike back ground; I rode the Worlds for New Zealand in that discipline in 2006. On the road I don’t really have many results to talk about – there are too many hills! 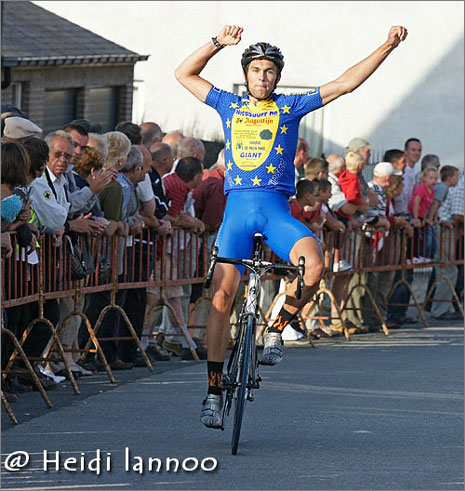 PEZ: You’re with Kingsnorth International Wheelers in Belgium.
Jack: Yeah, I heard riders back home talking about Belgium and saying it was the place to be; Andy Jamieson was one of the guys who used to race here. Kingsnorth was set up to cater for English speaking cyclists who want to try and make it in Belgium. It’s good because you’re with guys who speak the same language as you and you get a lot of advice.

PEZ: Tell us about the other advantages of being with Kingsnorth.
Jack: You don’t get a bike but you get your clothing and cheap sports food. You get looked after really well – transport to races, massage and Mario Willems (current top kermesse winner) is on the team; he has a wealth of knowledge which he’s happy to share.

PEZ: And accommodation?
Jack: Yeah, we live on the farm near Gent; doing our own cooking and cleaning, but that’s fine, I’m a pretty domesticated fellow!

PEZ: Was your first race in Belgium a bit of a shock to the system?
Jack: No! I took off from the gun with another rider and we won a load of primes, so I won a lot of money in my first race. It’s completely different from back home where racing is mostly stage race based; Here, I’m riding kermesses and inter-club races. Back home it’s very hilly too, which doesn’t really suit me. 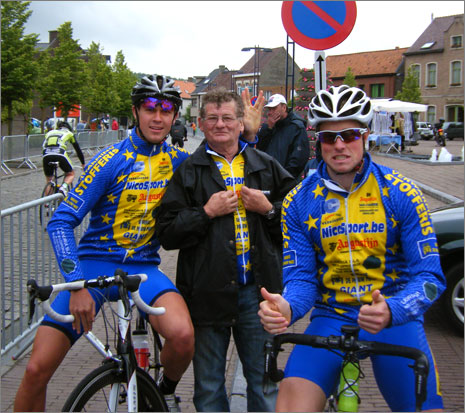 PEZ: And you’re the top foreign winner in Belgium, this year?
Jack: Yeah, I’ve had three wins, (make that FOUR!) my first was at Merelebeke on May 30th. It was a tough race; Mario was riding – he makes it very hard, he’s always attacking. But that day he said he wasn’t feeling at his best and that I should go for it. I went away and at the end just managed to hold off another Kingsnorth guy – Douglas Repacholi from Australia.

PEZ: Who impresses you?
Jack: Mario, obviously and Patrick Cocquyt is incredible; he’s nearly 49 and just so strong – I’ve never seen a fella of that age ride like that in my life!

PEZ: What are the field sizes like?
Jack: It depends, anything from 50 up to 120; even though they are all experienced riders it’s a lot of people to let loose on a small circuit – it’s very exciting.

PEZ: Is ‘kitting up’ still a problem in Belgium?
Jack: At amateur level in New Zealand, it just doesn’t happen and I’m new to it all here, so I don’t really know if it’s something that goes on or not. 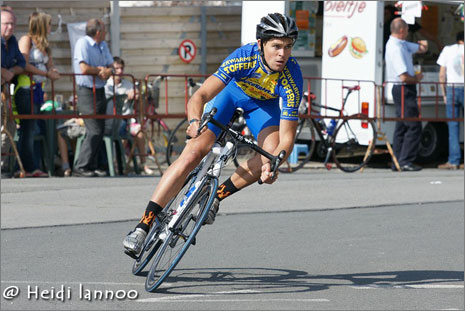 PEZ: Do you have a coach?
Jack: I have a coach back home, but not here, Staf Boone sorts out our race programme. As for training, it’s mostly recovery rides but we do have a derny available to train behind. I think I’ve derived a lot of benefit from that.

PEZ: What’s the prize situation like?
Jack: I’m not used to winning money from riding a bike, so it’s fantastic. There are lap primes of 10 or 20 euros every time round in a 20 lap race. First prize is usually around 100 euros but with your primes and bonuses from the team you’re looking at around 300/400 euros for a win.

PEZ: What do you miss about home?
Jack: People speaking English! I’ve only been here five weeks so I don’t miss it yet.

PEZ: How do you like Flanders?
Jack: Flemish is one difficult language and I can’t believe how many folk smoke! It’s very much a drinking culture and you’re the odd one out if you don’t smoke. In New Zealand, cycling is a tiny sport and no one understands it, but here it’s part of life and the folks turn out in droves, there’s so much excitement – I love it. 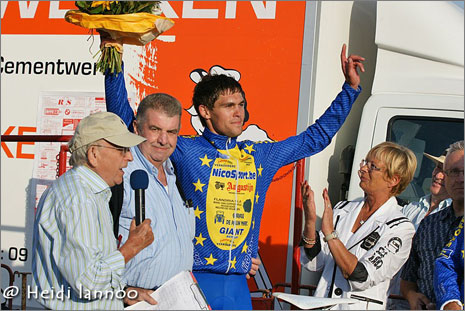 PEZ: Do you have a role model?
Jack: To tell you the truth, I haven’t thought about that. But you have to look at, and admire what Julian Dean and Hayden Roulston have done despite coming from a country where cycling is a disadvantaged sport.

PEZ: Ultimate goal?
Jack: To make it as a top level pro – get a place on a Pro Tour squad; I’m not sure how I’ll do it, but that’s goal!

***
With three wins in the toughest of schools within five weeks of arriving from New Zealand, who’d bet against a Pro Tour contract for Jack Bauer ?

and there’s a ‘PS,’ he sent me this email when I checked to make sure that he was on four wins:

Hi Ed, thanks for email, yes, four wins now, latest at Bambrugge last Saturday. Coming back to strength now after crashing at Ardooie, breaking my frame and banging the old hip up a bit. It has taken a few weeks to feel right again but hopefully taking shape now.

Then, just yesterday, Jack Bauer took his fifth win. He’s winning them too fast to keep up with him for the interview.

We like this man’s style – he’s definitely one to watch!

Toolbox: How Bad Do You Need to Be?