Friday’s U23 world road race championship sees the cream of the world’s young riders line up for 12 laps of the same 14 kilometre circuit the pros will face on Sunday – over 168 kilometre of rolling Danish countryside. The US team will include 20-year old Virginian Joe Dombrowski, who earlier in the autumn produced rides of real quality in Italy’s U23 showcase, the Val d’Aosta stage race.

PEZ caught up with Dombrowski on the eve of the Worlds, on a mild afternoon in the suburbs of Copenhagen.

PEZ: How did you get into the sport, Joe?
Joe Dombrowski: I’ve only been riding the road since last year (2010) before that I rode mountain bike and cyclo-cross.

PEZ: Your first time in Denmark ?
JD: Yes, it’s a nice place – we’ve been out and trained on the Worlds circuit.

That finish hill is maybe 500 metres at six percent, so if it comes to a sprint it could be a strong guy rather than a pure sprinter.

But it could be a breakaway, there are small rolling hills and lots of corners so a break could get out of sight quickly – especially if it’s windy. 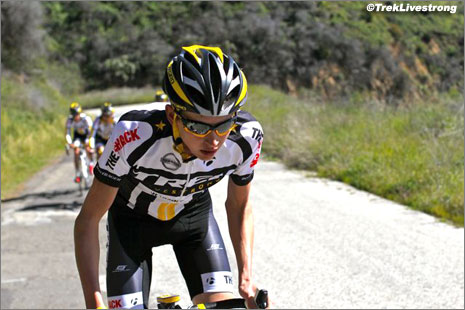 PEZ: Did you watch the Elite TT?
JB: We watched it on TV – I thought Cancellara would win, again.

PEZ: You had a good Aosta?
JB: I won stage five and finished second overall – and had podiums on stages three and six.

I never actually led the race; I thought I had a fair chance in the final time trial but Fabio Aru smoked that to win the GC – he was also second in the Baby Giro.

Aosta is a very selective race, because there’s so much climbing you find out very quickly who’ll be in contention.

Our main goal for the US team’s trip to Europe was the Tour de l’Avenir, which starts just six days after Aosta – originally we planned to ride quite conservatively, maybe go for a stage or two.

But then I made the selection on stage three and was second on the day so we figured that I might as well go for it; I won stage five and gave all I had in the final time trial – but that wasn’t the original plan.

PEZ: Aosta is the ‘shop window’ – did you get any interest after your good ride ?
JD: Definitely, I had a few people coming round and asking what plans I have for next year. 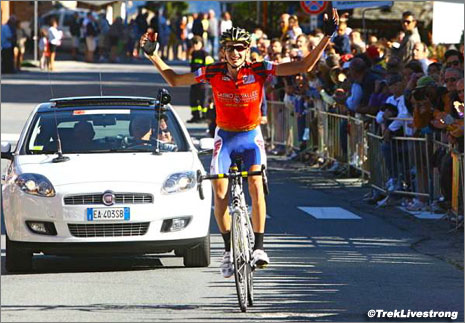 PEZ: l’Avenir wasn’t great for you ?
JD: No, in retrospect Aosta is a little too hard so close to l’Avenir and there were other factors – we were tired after Aosta, we missed a couple of breaks and we had bad luck with crashes and flat tyres in the last 20 K of stages.

But I guess that sometimes you have to experience adversity ?

l’Avenir is for sure the biggest U23 stage race in the world; you have a depth of quality to the field that you don’t have at Aosta – the Columbians were in France for example.

PEZ: Is Aosta your biggest result of the year ?
JD: Aosta is a big result, but I was over with the US team earlier in the season and got third on GC and the king of the mountains in the Rond d’Isoard – I also rode top ten in the Fleche du Sud in Luxembourg.

We actually train together so it’s not your usual long distance, on line relationship. It’s ‘hands on’ – he can see if there’s something we need to work on and then we can do the sessions required.

I use a power meter, I’m a fan of power based training, it’s easier to keep track of what your doing.

I’m studying economics at school but took the spring semester off so as I could concentrate on training – it’s good being able to do a five hour run for base, if you need to.

PEZ: What’s the US plan for tomorrow ?
JD: We haven’t had the team meeting yet but of the five man team, there are three with a good kick – Rob Busche, Jacob Rathe and Gavin Mannion.

Me and Ian Boswell will be helping them as much as we can – getting in the breaks to take the pressure off them.

If it’s a sprint the Italian Gordini is a danger man and the Dutch guy Wypert is very good – but I can see it being a break; U23 racing isn’t nearly as controlled as the pros.

The only thing with us is that we rode the GP Peter Van Petegem last week and the other four guys all crashed; they’ve been limping around, but hopefully they’ll be good for tomorrow – that long drag to the finish is good for Jacob Rathe. 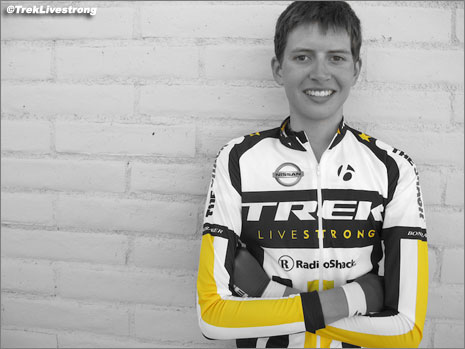 PEZ: What comes after the Worlds ?
JD: I fly home on Saturday, I’ve been away for six weeks – and that’s enough.

I’ll have a little break, ride some ‘cross and then have my winter break.

I’m not a believer in big winter breaks, I have short breaks throughout the season – I had one in June and will have one after the Worlds.

August and September are big months on the U23 calendar; you have Aosta, l’Avenir and the Worlds – that’s a lot of racing, back to back and if you haven’t had a break then you’ll be getting very tired by now.

PEZ: What does 2012 hold for you ?
JD: Another year with Trek Livestrong; whilst I had a good Aosta, tactically it’s not a difficult race because there’s so much climbing.

And whilst I am a climber, I want more experience in Belgium and Holland – cross winds, echelons . . .

I’m not going to jump at the first offers I get, I want to think about what I’m doing – Trek Livestrong is a proper development team.

Other teams will throw you in at the deep end – race, race, race !

PEZ: And who’ll win on Sunday ?
JD: I don’t know if the hill is big enough for him, but Gilbert has been unstoppable. Or it might be Cavendish – or maybe a strong guy like Hushovd?