Garmin’s Tyler Farrar is making the Hamburg Classic his own; with his second win in two years. The man from Washington State via Gent took time to talk to PEZ the day after his win.

PEZ: Congratulations, Tyler – another hairy Hamburg finale.
It’s always a hectic finish and with that rain in the last 10 K we were kinda skating around a bit. We actually had to change tactics during the race and commit guys we should have been using in the last 10 K to help get that break back – it got further ahead than we expected. In the finale I had Murilo Fischer to help me from the top of the last climb; then I surfed off the Sky and Liquigas trains in the last couple of kilometres and just rode my own race. 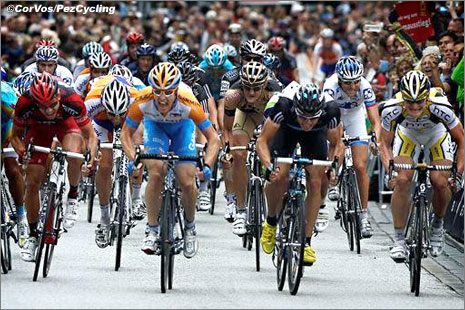 PEZ: Do you try to peak for Hamburg?
I don’t specifically try to peak for it, but it’s a big priority for me, I’ve ridden it a few times and it’s a race that definitely suits me. After I stopped in the Tour I was thinking about Hamburg; I had to have two weeks off after the Tour and I only managed five days of training before the Tour of Denmark – which was a bit of a ‘suffer-fest’ for me – but that did the trick and got me into the shape I needed for Hamburg. I’m not at 100% yet, but I intend to be at my best for the Vuelta.

PEZ: Who were your ‘marked men’ before the race?
You don’t look at it that way, it’s only when you’re over the last hill, you’ve conserved as much energy as possible on the climb and you look around and you see which sprinters have survived that you think about who you have to beat. 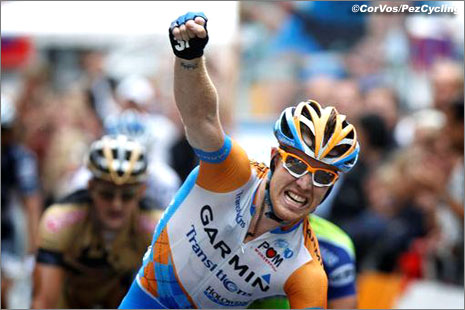 PEZ: Second placed Boasson Hagen is quick for an ‘all rounder.’
He’s so talented, I think he can do what he likes if he feels like it – he can win a field sprint, do a good time trial and even get over the mountains.

PEZ: Alex Kristoff from BMC – a new name in the sprints.
I’ve come across him a few times, mostly back in the spring, he’s progressed a lot; top four in Hamburg is a big step forward for a young pro.

PEZ: The Giro was good for you – two stage wins.
Not just the Giro, the season as a whole has been good for me – I won the Scheldeprijs, was good in Het Nieuwsblad and Flanders and there were the two stages in the Giro as well as wearing the points jersey for a few days. But the Tour was a disaster. It was frustrating when I broke my wrist because I was in great condition – but that’s how it goes. 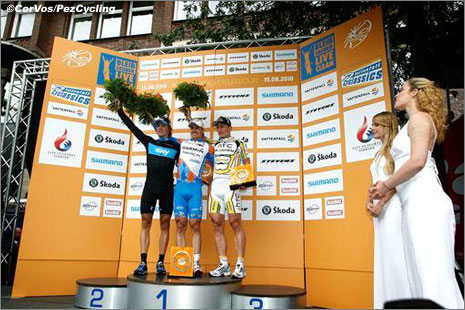 PEZ: The ‘Renshaw’ stage?
It’s impossible to say if I would have won, but that was just a crazy day, all round – I think that everyone that was involved wished that it hadn’t happened. We’d all rather it had been a clean sprint; but he definitely paid the price when they kicked him off the race.

PEZ: The broken wrist – do you get treatment that ‘the man in the street’ doesn’t?
We did everything we could, special strapping and taping, the massage therapist worked on it but eventually I was just overwhelmed by it. As soon as I got back to Belgium, I went to see a specialist and luckily it didn’t require an operation. The diagnosis was to have a good solid rest and let it heal. It was actually a pretty minor fracture and wouldn’t have been a big deal – except that it happened during the Tour de France! 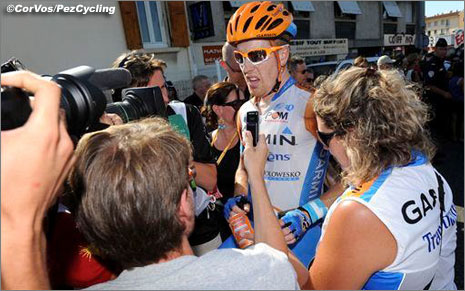 PEZ: Two weeks off, do you have to watch the weight.
I have to eat less because I’m not doing five hour training runs but it’s not particularly a problem – it would be if I sat eating frites and ice cream, though!

PEZ: The Vuelta, how many stages suit the sprinters?
There are probably seven stages which could end in a sprint but the trouble is that by the end of the second week and into the third week it’s dodgy whether teams will make the commitment to chase back breaks, 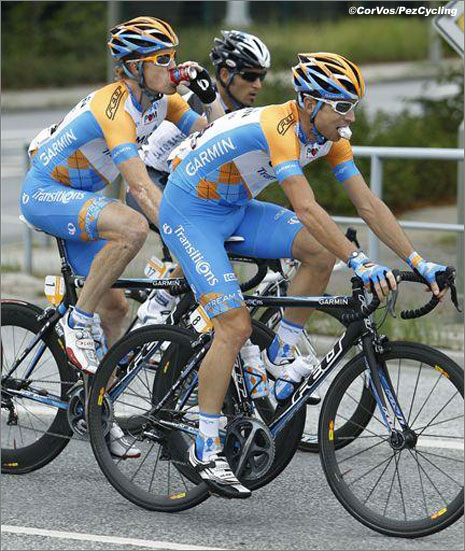 PEZ: The Worlds – a sprinters’ course.
I haven’t seen the course yet but I’ve been picking everyone’s brains about it – I’m getting mixed reports. Some say that it’s absolutely a sprinter’s course and there’ll be a group of 50 at the death. But others are saying that because it’s near the coast it’ll be very windy, the hill is quite tough and it’ll be a breakaway for sure. I’ll have to wait until I see the course, when I get there.

PEZ: Cav only has two team mates in Melbourne – is that good news for you?
I wouldn’t agree with that; I’ll need all the help I can get to bring back the break – the more strong sprinters’ teams that are represented, the better. It’s a certainty that there’ll be a break gets away and if there was strong, committed, nine man GB team there to help bring it back then that would be good for me.

PEZ: And you being a Gent man now, is it still Champagne or Duvel for the victory toasts?
Well, we still have the traditional champagne victory toast; but my current favourite tipple is ‘Delirium’ – its one tasty beer!

***
With thanks to Tyler for his time – Delirium? We must try one when we’re over for the Championship of Flanders, next month!’