Vincenzo Nibali, the 25 year-old Sicilian, has hit the ground running this season. Not only did he take the GC in Argentina, but he built the victory on a solid time trial win. PEZ last spoke to Nibali’s right hand man, Brian Vandborg, after the time trial; we caught up again, immediately after the final stage.

When the Tour punditry begins – in around five minutes time – Down Under winner, Andre Greipel’s name won’t be mentioned as a GC contender. But the winner of the San Luis tour in Argentina is another story; Vincenzo Nibali (Liquigas) finished a fine seventh in Paris; at 7-35 behind Alberto Contador and has a fighting chance of standing on the 2010 podium.

PEZ: How are you, Brian?
Brian: Very tired! Loddo (Androni Giocattoli) won his second stage, I think it was a hectic finish and Chicchi (Liquigas sprinter, who won stage one) got a little boxed. The break went after 30-odd K, the best rider in there was at four minutes-odd on Vincenzo, so we couldn’t let it go too far. We did most of the pulling initially, but with 60 to go, we got help from Androni Giocattoli and the Argentinian team. It was up and down all day, no real climbs – but with 1500 metres of elevation, we still averaged 44 kph. Vincenzo retained the jersey, there was never any doubt about that. 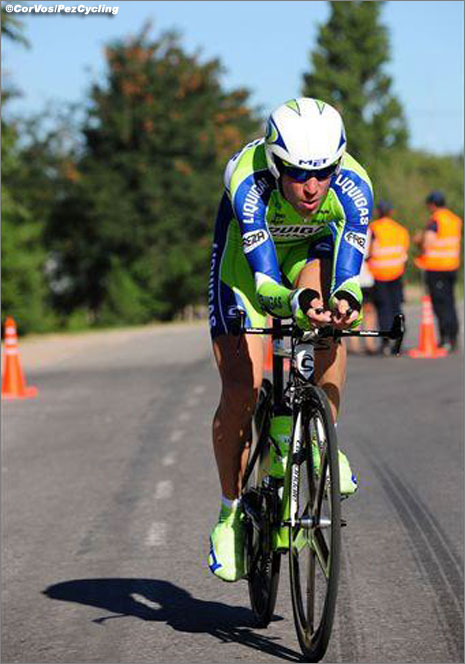 PEZ: We last spoke after the stage four time trial, Vincenzo won that; then Jackson Rodriguez (Androni Giocattoli)won stage five.
Brian: That was no surprise; last year, him and Serpa were in good shape. But Vincenzo is going well and we gave him good support throughout the stage – there was never really any stress.

PEZ: A hard day at the office for you?
Brian: Yes, it was hard work, we had 120 kilometres into a brutal headwind – it’s maybe the worst wind I’ve ever ridden in. We only had three guys pulling, one of our new guys was suffering. I pulled until the last climb, with about 15 kilometres to go. It took the gruppetto 45 minutes to get to the finish. 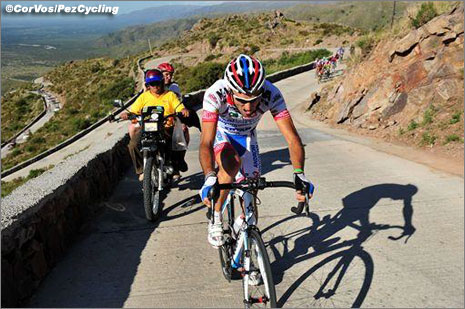 PEZ: Androni Giocattoli again for stage six – Luis Mate.
Brian: That was a really tough stage, with the wind, again; but that helped control it in the finale – the wind was so strong and the climb so steep that it made escaping very difficult. Vincenzo was third on the stage and knew exactly what he had to do, as far as marking the other riders goes. He knew Serpa was the one to watch and kept close to him.

PEZ: The South Americans have been going well.
Brian: I’m not sure what their programme has been or where they go now, but some of them would do OK over in Europe.

PEZ: And it was Loddo again on the last stage?
Brian: We couldn’t give Chicchi much assistance at the finish because we’d been pulling all day, he didn’t have to come though during the stage, but that was all the help we could give him. There were seven guys in the break and only three or four of us working to bring it back. I don’t know if Vincenzo gave Chicchi any help at the finish, I sat up at 10 K to go – I was toast! 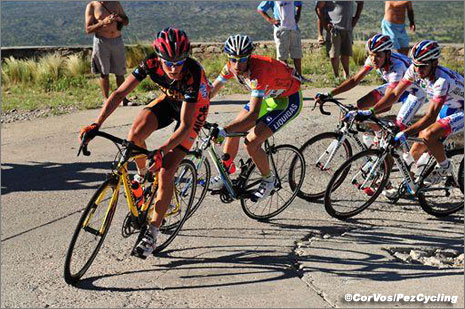 Nibali handled all punches from the contenders with aplomb.

PEZ: What’s next?
Brian: I’ll have a few easy days then, at the end of the month, I have the four day Tour of Regio Callabria, then a rest followed by a training camp in Tuscany. After that it’s the Laigueglia Trophy, the Tour of Sardinia, Paris – Nice and the Pays Basque.

PEZ: What’s next for Vincenzo?
Brian: I think he has an altitude training camp, next. To tell the truth, I’m not sure what programme the team leaders will be following, now. 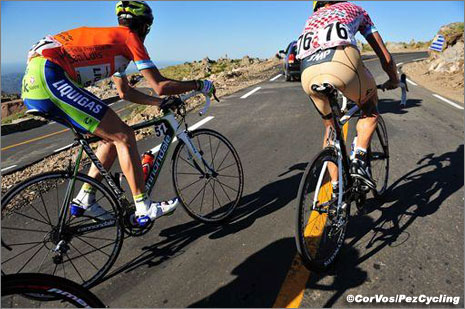 PEZ: Are management happy with San Luis?
Brian: They better be! I didn’t expect that we’d win – we were here for training and a stage win. Vincenzo hasn’t been training to win races at this time, but he’s so good that if he gets the chance, he grabs it!

PEZ: Are you happy with your ride?
Brian: Definitely! I was told that it would just be for training – easy! I’ll have a few easy days, now – I don’t really want to go too deep so early in the year. 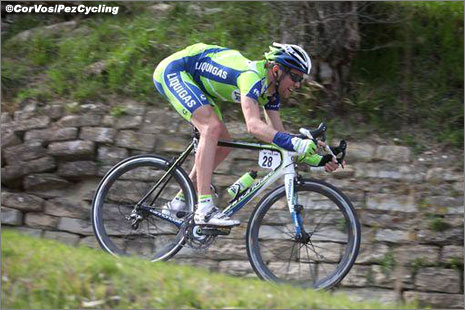 It’s back to Europe and a long, long year ahead for Brian Vandborg. PEZ wishes him the best of luck in the coming weeks and months.

PEZ: Races like this are famous for crazy prizes – cows, sewing machines?
Brian: No, not that I know of; but one of the stages did finish in a place called Mercedes, we were joking that maybe there would be a car for first prize – but unfortunately not!

***
With thanks to Brian for taking the time to talk to Pez, after a tough day at the coal face. And congratulations to Vincenzo Nibali and Liquigas on a fine win.

PEZ Look: The Growth Of The US Cross Scene