It has been a few months since last we spoke to Garmin’s Timmy Duggan. In the 2008 Tour of Georgia, the young man from Colorado came close to death in a 100 kph pile up; but 2009 has seen him back in the shark pool – at the deep end! We thought Paris – Tours was a good excuse to catch up.

PEZ: How was Paris – Tours for Garmin, Timmy?
Timmy: Good, we had Martijn Maaskant and Tyler Farrar well positioned but they go caught in that crash in the last few K.

Tyler was ready; but that’s bike racing – the road was narrow and there were high brick walls both sides so it wasn’t as if we had an exit strategy.

PEZ: How has ’09 been?
Timmy: I had a really good race programme to come back with; once I had a solid base, we just kept adding races. I raced a lot at high level with no real breaks, just maybe two weeks between races, now and again. I would like to have ridden a Grand Tour, but 80-some days racing in my Pro Tour rookie season, coming off my injury isn’t bad! I’m just happy to have come from no racing to racing really hard. 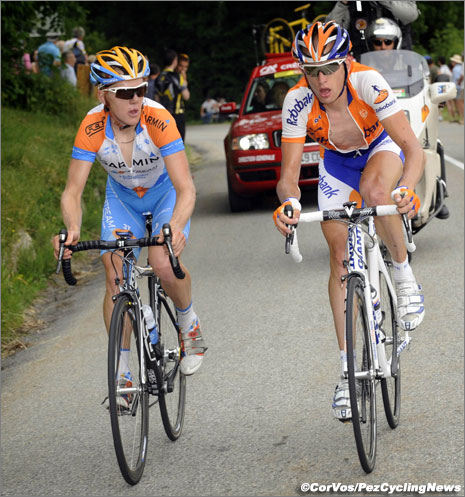 PEZ: 2009 highlight?
Timmy: The Dauphine, where I just missed a stage win – but not just that, it was the first time that I had the right sensations back. If I’d finished fifth that day, it would still have been good because I knew I was back – over the hump!

The Tour of Missouri was pretty nice too, with David Zabriskie taking the overall win in the sponsor’s back yard.

And there was my first Worlds – it’s been great to ride these big races; San Sebastian, Plouay, the Worlds, Paris – Tours and Lombardy. I hadn’t done much of that sort of racing but now I have all that experience of six hour races, under my belt.

PEZ: Disappointments?
Timmy: I was bummed out at missing that Dauphine stage by so little, but like I said, it was nice to have those sensations that I did, that day – they confirmed that I was back. 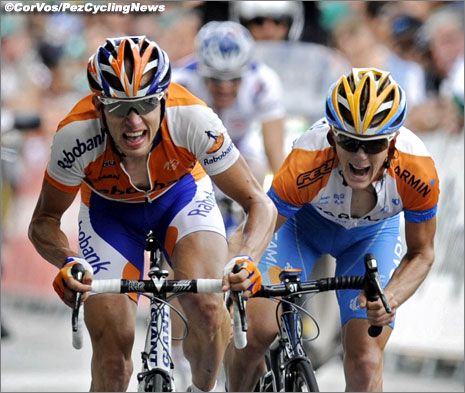 PEZ: When last we spoke, you mentioned short falls in your ‘mental tool box?’
Timmy: I’m continuing to work with psychologists and I’m keeping an eye on that. I pay attention to what’s going on with my thoughts – I’m more self aware. For instance, in a race my self talk is way different, now. Before, I’d be thinking; ‘I’m so tired!’ or, ‘there’s a 100 K to go!’ I’d be telling myself negatives. Now, I live in the moment, the next breath – ‘stay on this wheel’, ‘get over the next rise.’ I’ve compartmentalised my life, not just cycling. My thoughts used to be scattered, future, past – but now I make myself think; ‘one task at a time, through to completion.’ But also, strangely, I can never finish watching an entire movie and often can’t finish reading a whole book anymore. I just lose interest quickly

PEZ: Physically, are you ‘back?’
Timmy: Yeah, physically I’m back to where I was, maybe even stronger. My initial goal this year was just to get healthy but I’ve raced from the Tour Down Under right through to Lombardia and all in between.

PEZ: Are there areas where you are better than before?
Timmy: Just reading a race, tactics, understanding how Pro Tour races shake out and how to manage my energy for races like these.

PEZ: You had problems with being ‘down’ after hard training – has that improved?
Timmy: It’s a lot better but there’s till a tiny lingering effect – if I’m tired from a race, I feel a little bummed out, but it’s gotten less and less and it’s something I’m aware of.

PEZ: How’s the Foundation going?
Timmy: It’s going fine, but during the season, it’s difficult for me to be involved as much as I would like. Over the winter though, I want to organise one ski and one cycling scholarship.

PEZ: Any specific training planned, this winter?
Timmy: This season, I’ve not actually done that much training because I’ve raced, so much – I’ve been recovering or ramping up. During the winter, I’m going to work on my time trialling and do power intervals, to improve my sprint. It’ll be good to get the opportunity to train like that. 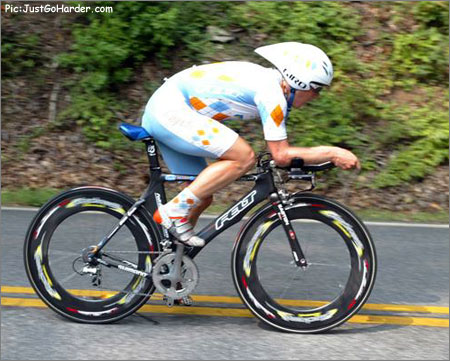 Timmy will be working on one of his strengths this winter: time trialling. He’s a former USPRO TT podium finisher.

PEZ: Next year?
Timmy: I’ve signed with Garmin for another two years – the team was so supportive of me after my crash and I want the opportunity to re-pay that support. We’ll meet in November, to discuss my programme; with the Tour of California clashing with the Giro, it’ll put a different slant on things – but I’d definitely like to ride a Grand Tour.

PEZ: Lombardy?
Timmy: Oh yes! We’re definitely going to try and put Dan Martin into a good position; and I’m his right hand man! The thing with races like Lombardy is that you have to get used to the distance and – if you have ambitions for these races in the future – you have to get to know the parcours. In Lombardy, for example, the final kilometres are often more decisive than the big climbs.

PEZ: What are you looking forward to most about your Winter break?
Timmy: Spending time with my wife – and my dog; skiing, hiking and there’s a whole heap of logs waiting for me to get the chainsaw and axe out ! 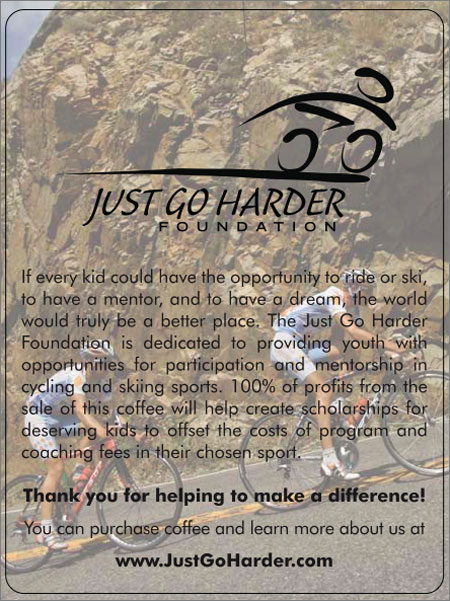 Don’t forget to check out Timmy and Ian’s website: JustGoHarder.com – buy some coffee!

+++
With thanks to Timmy for his time and patience – but careful with that chainsaw, dude!