There’s a continent and an ocean between Portland, Oregon and Berlin. But there’s an even greater distance between being a cycle courier on the rainy streets of Portland and lapping the steep boards of Berlin’s famous ‘Velodrom’ at 80 kilometres per hour behind a 650cc BMW motorbike.

But 29 year-old vegan punk drummer turned cycle courier and now winter track rider, Zach Kovalcik has done that exact thing. PEZ caught up with Zach as he lived more of his dream on the boards of Ballerup Super Arena in Copenhagen, home of the Copenhagen Six Day, where he rides with fellow American, Guy East. (PEZ interviewed Guy during the Four Days of Grenoble and since then he’s ridden the Berlin Six Day.)

It’s been a tough baptism of fire for Kovalcik, first behind the big bikes in Berlin and then in the never ending swirl of the chase at Copenhagen. 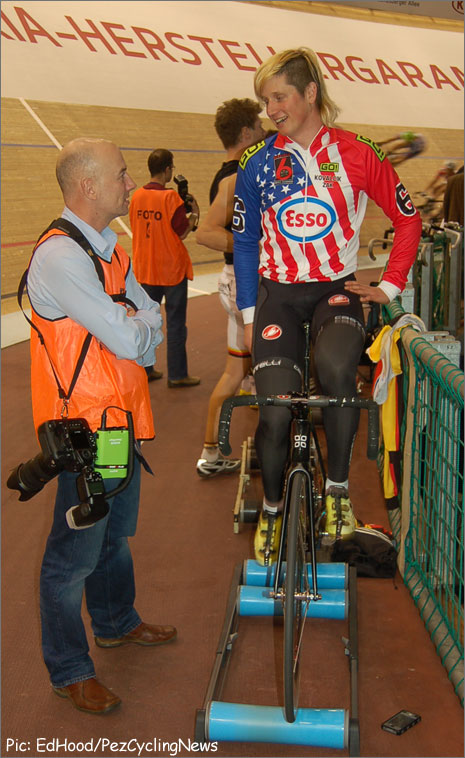 PEZ: You were a bicycle courier, Zach?
Zach Kovalcik: Back when I was 17/18 I used to listen to a lot of punk music and was in a band, I didn’t drive but knew a few kids on the punk band scene who were cycle couriers. When I moved to Pittsburgh a friend hooked me up with a courier job. I still do substitute work as a courier in Portland, I worked two months straight, before this trip.

PEZ: How did you get into racing?
ZC: After I’d been a courier for a while I got into courier races. They’re called Alley Cat races; they’re unsanctioned from check point to check point. By that point I’d gone brakeless on the streets and we used to travel to these races all up and down the East Coast – Columbus, New York, Boston . . . When I moved to Portland in 2005 I heard there was a velodrome – so coming from a fixed wheel culture, I thought I’d try some races. I got my ass kicked, but I stuck with it and gradually moved up the categories.

A coach took an interest in me; that was new to me, I hadn’t come from a sports background and had no goals – I just wanted to do a little bit of bike racing and carry on with my courier races. But then I rode the Track Nationals and they weren’t as tough as I thought they might be.

PEZ: Why the move from Pittsburgh to Portland?
ZC: I guess I just needed a change – the weather in Portland is wet but we don’t have bad winters so it’s good from that point of view. And there was a thriving punk/hardcore music scene as well as courier work – I figured I could play in a band and work as a courier. 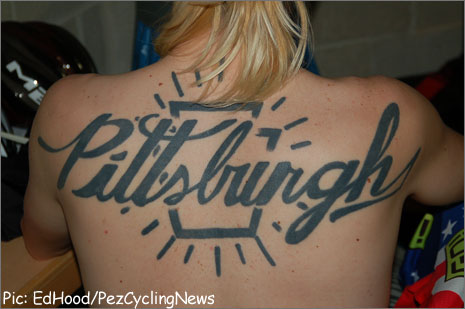 PEZ: You’re US omnium champion.
ZC: Yeah, it was on a rough outdoor track which really suited me. I was in the composite team which won the team pursuit, too – so that was two jerseys, this year. I also won the USA Cycling Track Endurance Calendar – that’s based on 10 K, 10 mile, points, madison… I used to ride madisons with Dan Harm but I’m looking for a regular partner, I was fifth in the national madison with Stephen Roth.

PEZ: How did you get the stayer gig?
ZC: Back in the summer, Carsten Podlesch the former world motor paced champion – who is still involved in the scene with his father and uncle – wanted a US rider for a big outdoor track stayer meeting in Forst. He contacted Jack Simes, who assumed that I’d be the only guy crazy enough to want to do it! All expenses were paid and I had two days of training in Berlin with Carsten, his dad and uncle before I did the race.

There were actually two races – a Derny paced criterium which was won by Robert Bartko and the stayer race on the track. After that I did another outdoor meet at Chemnitz but that didn’t go so well and I lost 12 laps.
I had no more time on the stayer bike between then and the first night of the six in Berlin. I wasn’t used to the bike at Berlin and the first night was tough – I was bouncing off the roller and wasting a lot of energy, but as the nights went by, I improved. 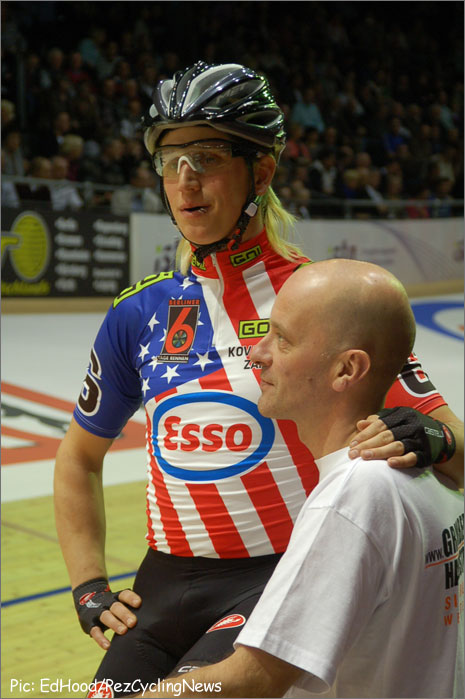 PEZ: The speeds are high and gears are big.
ZC: In Berlin we were up to 80 kph on 64 x 15, the position is very forward and upright to tuck you in between the pace bike. The bike is Carsten’s – the one he won the last ever Worlds on – and the only change I made to the position was to alter the saddle height. 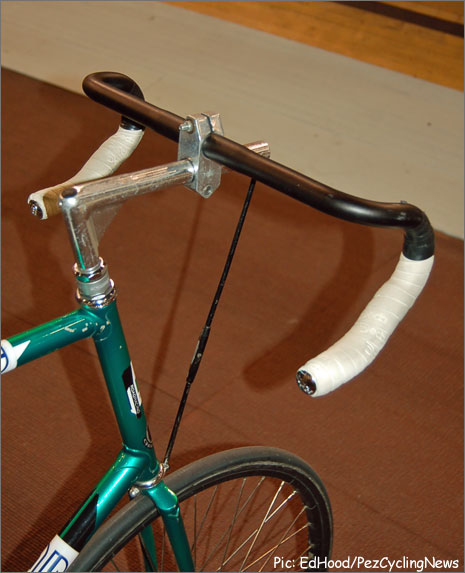 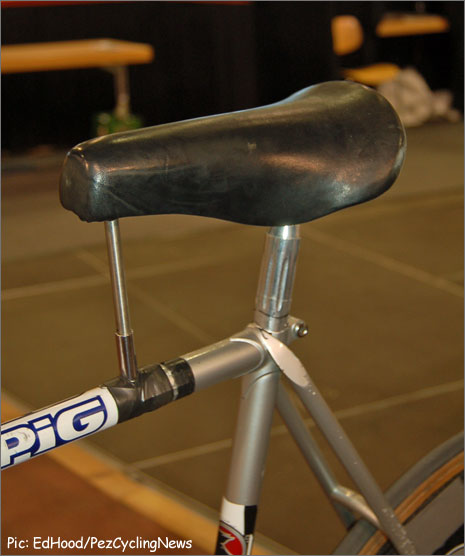 I’d like to get a bike built to suit me; my friend Megan builds steel frames under the Moth Attack banner and she’s said she’ll build me one. On the big outdoor tracks the speeds are even higher, at Forst I was on 67 x 15 and Kemnitz 64 x 14. At low speed the bike is awkward and twitchy, but at race speed it tracks perfectly in a straight line – which is what you want.

PEZ: How have the other riders been with you?
ZC: Obviously I’m the least experienced but they’ve all been fine – offering me advice.

PEZ: What’s it like when another bike passes you?
ZC: There’s a lot of wind at those speeds and you get thrown around, that’s why when you pass you have to try and do it clean. The best place to be is at the front, that’s where the air is best – but everybody wants to be at the front and you have to fight for it. As you get more experienced you can plan your strategy before the race and communicate with your driver during it. There are holes with backward facing cowls on their helmets so as they can hear what you’re saying to them, “allez” means faster and “oh!” means slower. 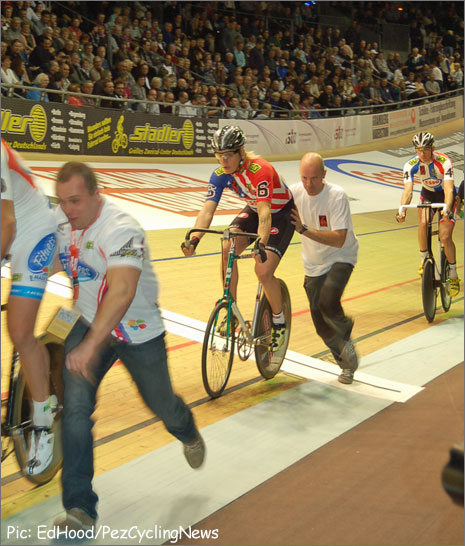 PEZ: And you had a ‘moment,’ the other night?
ZC: Someone passed us then dropped in front of us, Rene, my driver had to decelerate quickly and I hit the roller; if you don’t hit the roller square then you shoot up or down the track when you bounce – I was scared I was going to crash with that one! In a Derny race you can overlap the bike if you have to, but you can’t do that behind the big bikes.
Having a good driver makes all the difference; you use a lot less energy.

PEZ: When’s the next gig?
ZC: I hope to come back to Forst in the summer and to ride the stayer races at the Four Days of Zurich in November and then Berlin again, next year.

PEZ: Isn’t being a vegan difficult for a racing cyclist?
ZC: The hardest part is when I travel, staying in hotels is awkward. When I’m home or staying with friends it’s no problem, I cook for myself.

The food at the Sixes makes it difficult because I don’t eat dairy produce and a lot of the cooking is done in butter. When I was young I never thought about my diet but when I was 18 or 19 I decided to go vegetarian and then I turned vegan. It’s just a choice I made in my life. 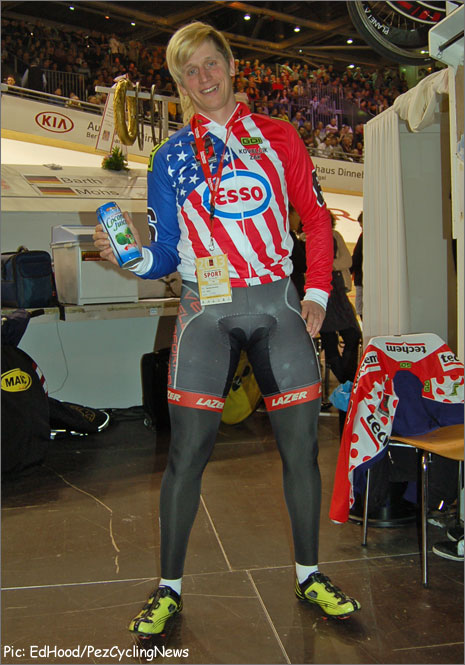 Zach enjoying a coconut juice between races at the Berlin six.

PEZ: You seem to do well with sponsorships?
ZC: I decided that I wanted my own team; I like to work with companies that do good things and are like minded. Our team isn’t the usual athlete thing; we’re more punk rock/courier – but we still need help to cover the costs. Sizzle Pie pizza parlour in Portland sponsor us; Castelli USA are based in Portland and they’ve been great; and so have MET helmets, they’ve just started to distribute in the US – and we needed a helmet sponsor. 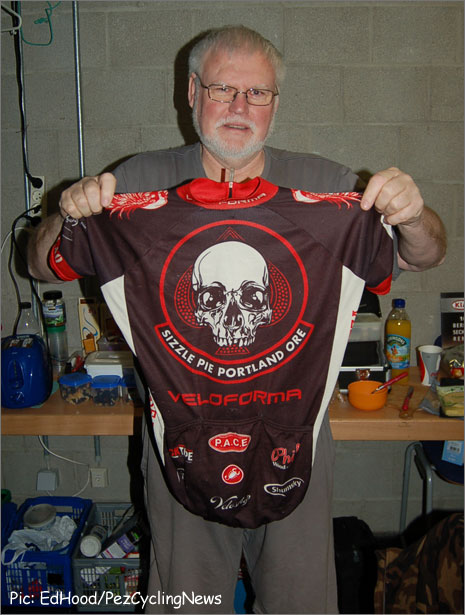 PEZ: What’s the ultimate goal for you on the bike?
ZC: This! I’m where I want to be, in the six days, a dream come true. When I started it was for fun but even when I got more serious I still wanted to enjoy my cycling. I’m from a non-athletic background and when I looked around cycling at what looked most fun and was exciting – it was the track and the six days.